She loves how he looks and swears he's healthy, eating plenty of fruit and veg and getting eight hours of sleep a night – but others have criticised her for it. 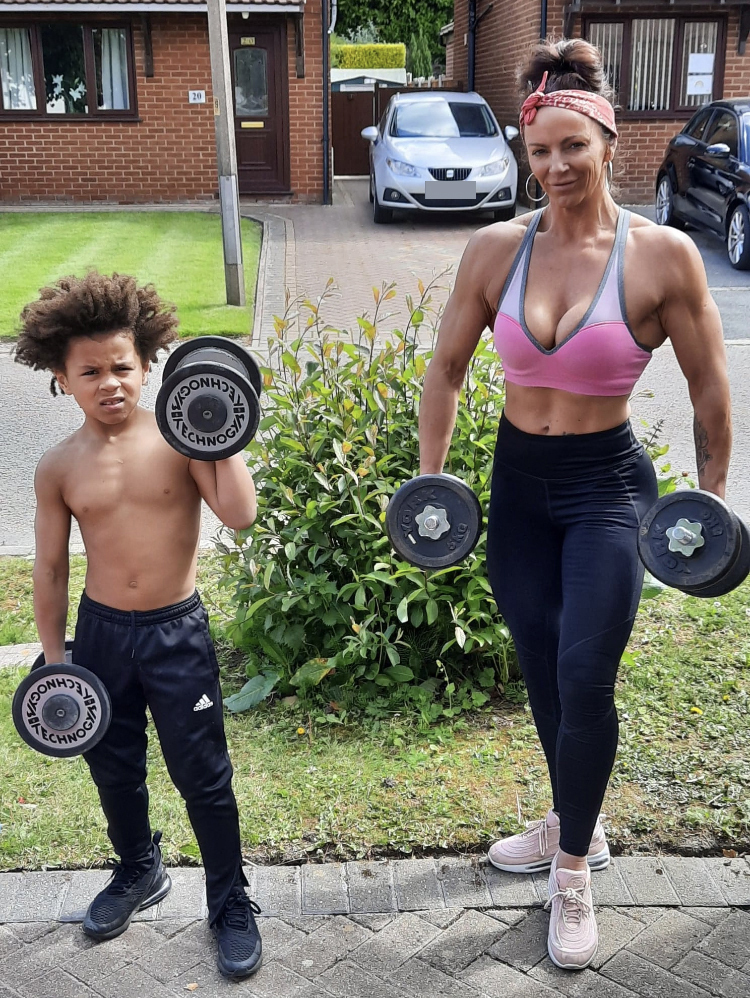 Personal trainer Jayne, from Bolton, Greater Manchester, told how she’s taken year three pupil Blaize to the gym with her since he was a baby.

Amazingly, he can now deadlift a staggering NINE stone and loves advising grown ups how to lift.

The youngster wakes up at 5.30am every day, desperate to work out. And whereas other kids might moan at the thought of exercise, he’s excited. 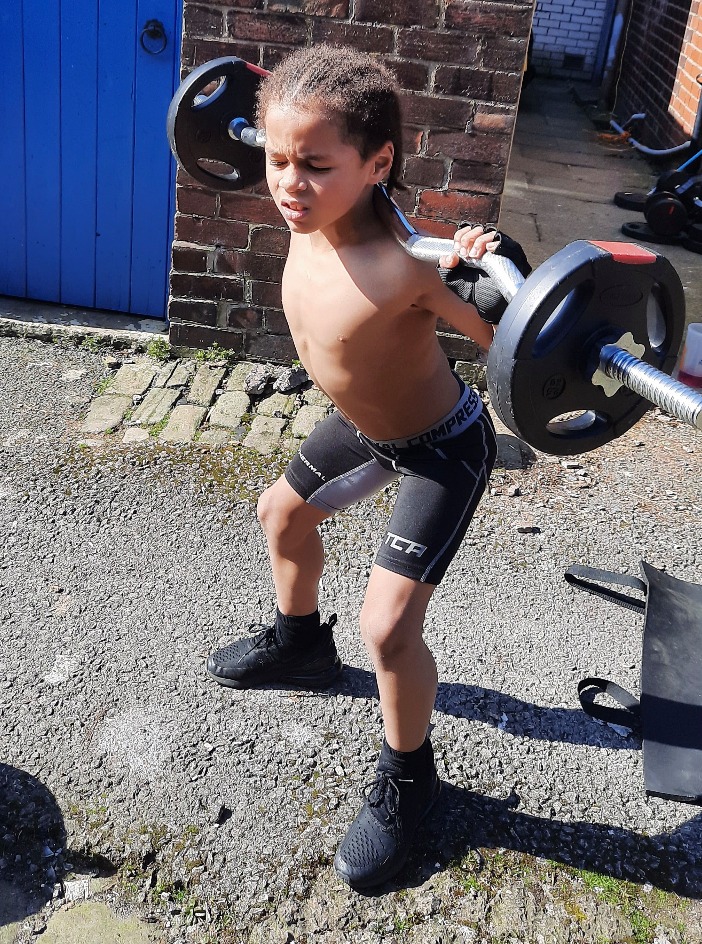 Everyday in lockdown it’s the same routine at my house – I wake early… but there is ALWAYS someone up before me.

However, unlike other kids his age he’s not watching cartoons on the telly or reaching for his computer games.

Instead he’s pulling on his gym kit and laying out my collection of weights, stretching bands and skipping ropes.

It’s because he desperate to deadlift or squat. 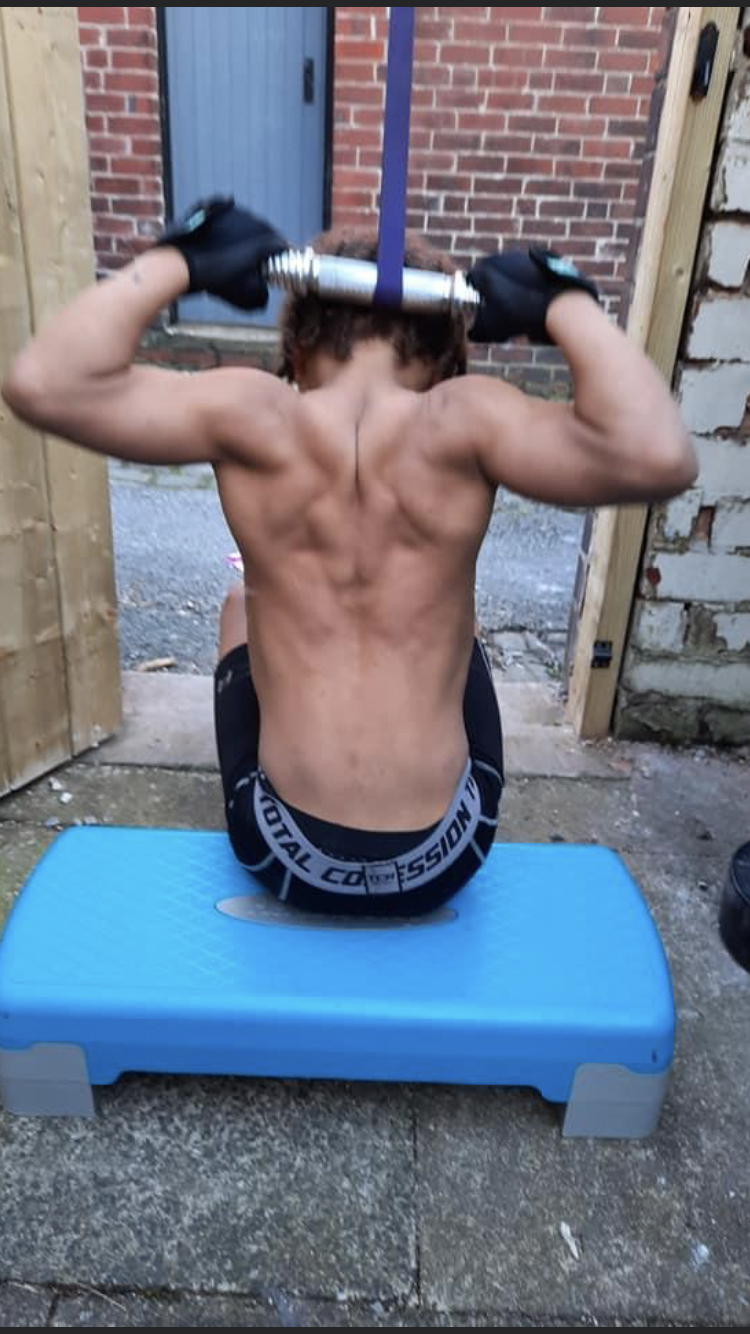 Is it safe for Blazie to lift?

Dr Carol Cooper, Sun doctor said: "Is weightlifting bad for a boy of eight? The answer is all down to technique and training.

"Done right under correct supervision, strength training and other gym work including weights are safe for kids from about the age of seven or eight.

"They increase endurance and muscle strength, and can help a child get into healthy habits that last for life.

"Lifting weights can only stunt a child’s growth if it damages the sensitive areas called growth plates (epiphyses).

"Each long bone has growth plates that determine the shape and length of a bone, and these don’t fuse with the rest of the bone until the late teens or later (it happens later in boys than in girls).

"Growth plate injury can occur in many ways, from competitive sports to a fall.

"Overdoing it or following a training programme designed for adults is more likely to cause harm, and that can sometimes result in misshapen bones or even stunted growth.

"Deadlifting weights is more demanding on the body, and is more likely to cause damage to a child’s tendons, ligaments, and growth plates."

Despite his tender age he can deadlift DOUBLE his four-and-a-half stone weight.

He’s been in the gym since he was a newborn and started weight training at two.

Some mums criticise me.

People tell me he's only little and it will affect his bones or growth and is not normal.

People tell me I shouldn’t be forcing him.

I tell them I am a qualified personal trainer, I am not forcing anything. If anything Blaize is forcing me.

People tell me I shouldn’t be forcing him. I tell them I am a qualified personal trainer, I am not forcing anything. If anything Blaize is forcing me.

I am being responsible by ensuring her works work supervised and correctly to ensure he doesn’t push himself.

I show and tech him perfect form and limit his weights to correct sizes.

If he doesn’t wanna do it, doesn’t have to

But I don’t care. I’m not a pushy mum… if anything, Blaize is a pushy son.

And during lockdown we’ve converted our garden into a gym.

Blaize will wake at the crack of dawn to fit in three HOURS of training. We do five hours schoolwork too. I know it’s important. 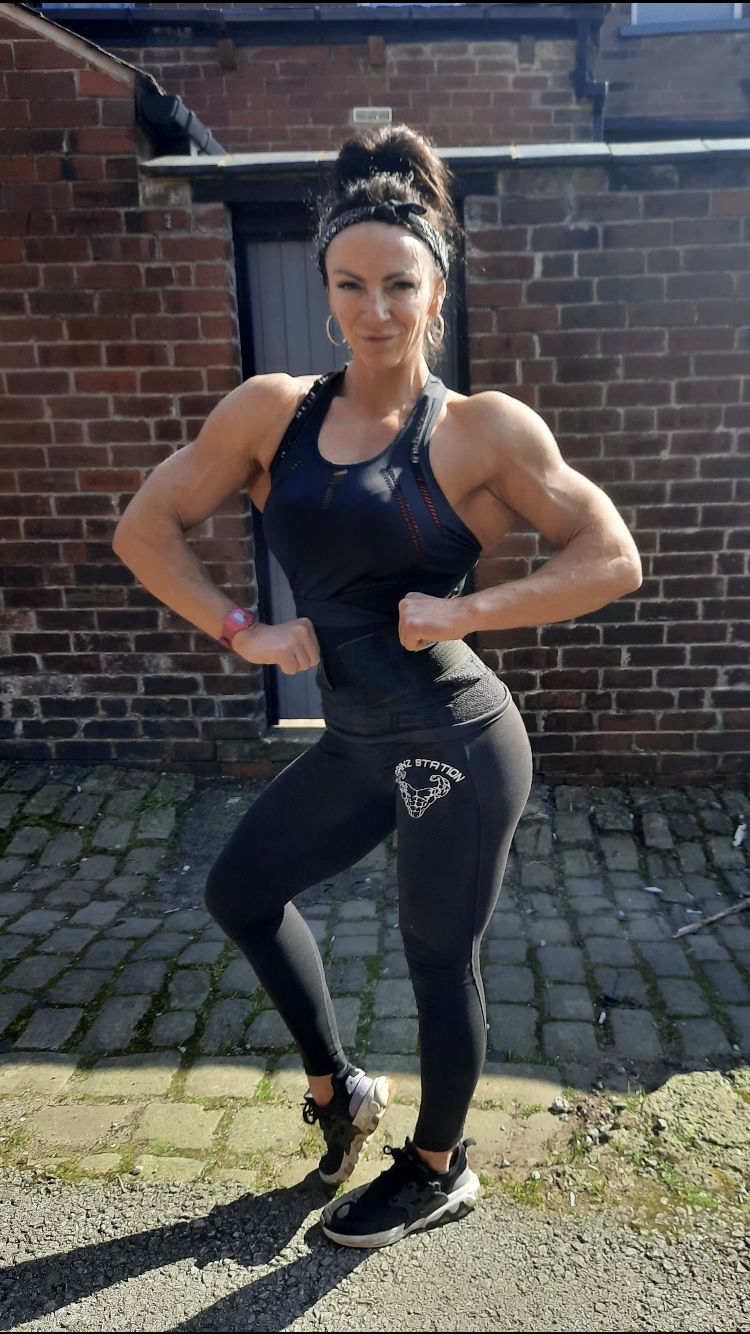 Blaize and I are like peas in a pod and when it comes to fitness and school work he is unstoppable.

Most people see pictures of my son and myself posing with our weights and are totally thrown.

I’m 10 stone two ounces  of honed muscle from competing in bodybuilding competitions in the UK and overseas.

Meanwhile, Blaize loves nothing more than showing off his back muscles in a flex.

In fact he puts many adults to shame with what he has achieved and his work out regime. 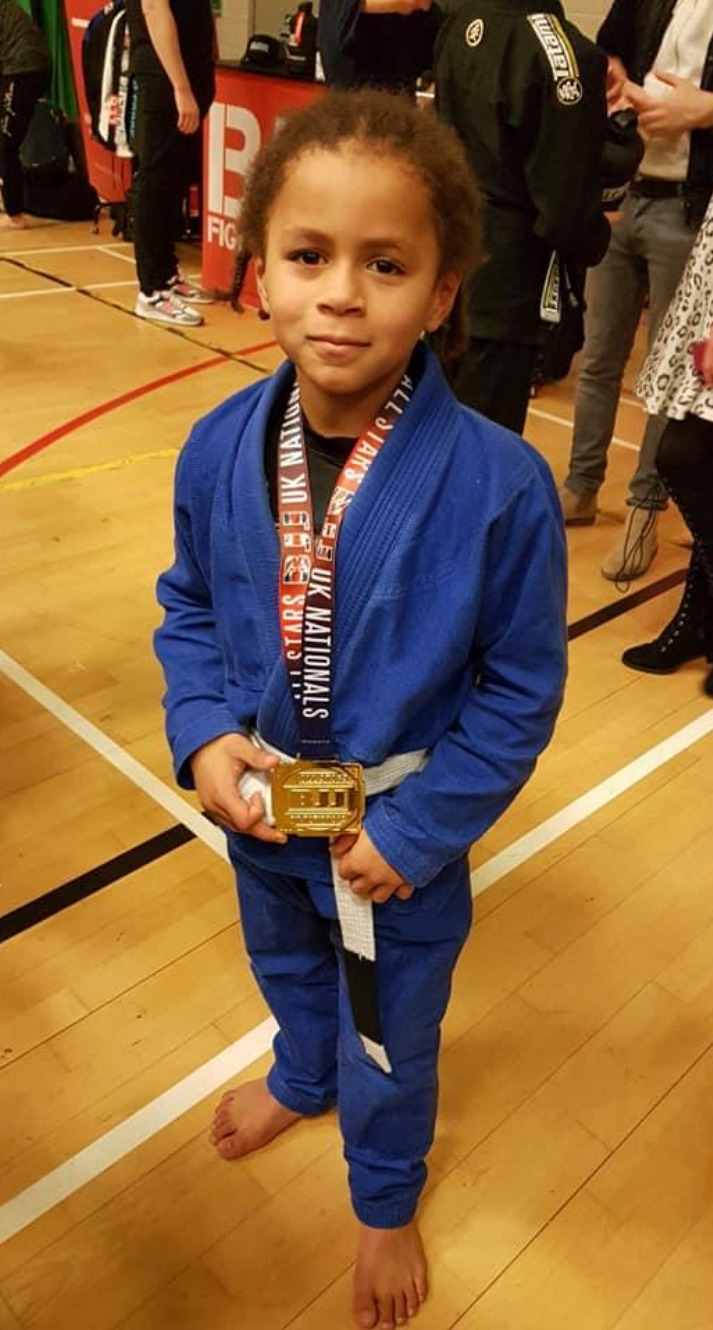 But I’ve never forced him to lift weights or be sporty.

It’s all his own initiative but something I am super proud of.

He’s a little mountain of muscle and fun and many people think he’s Britain’s most ripped and muscled child.

It’s not a huge surprise he loves working out though, he takes after me.

Then, after graduating, I started work in a leisure centre. 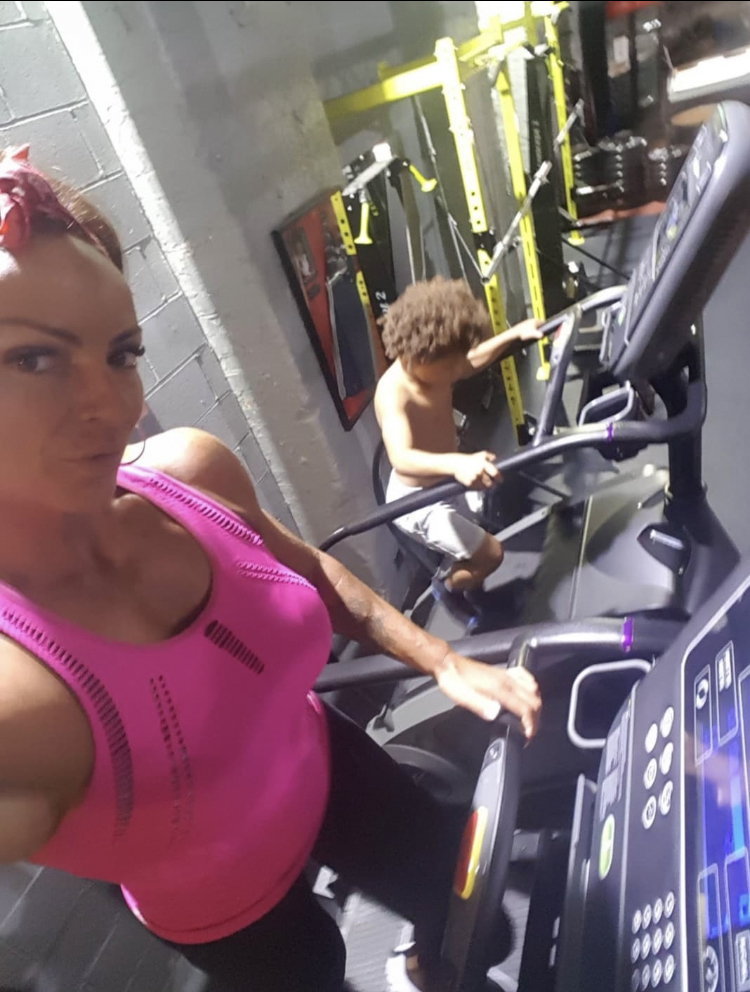 I was always at the gym too.

I worked out during my entire pregnancy.

While I was pregnant with my first son I watched a body building completion on TV with my partner.

There were a couple of women competing and I was more muscled and toned than all of them.

I’m not a pushy mum… if anything, Blaize is a pushy son.

When I told my then partner I could do that he just laughed.

That was all I needed – I hated being told I couldn’t do something.

Six months after Kail was born I started training myself for a competition.

It was the first time I’d ever tried anything like this and I was hooked.

I didn’t care and was soon competing all over the United Kingdom. 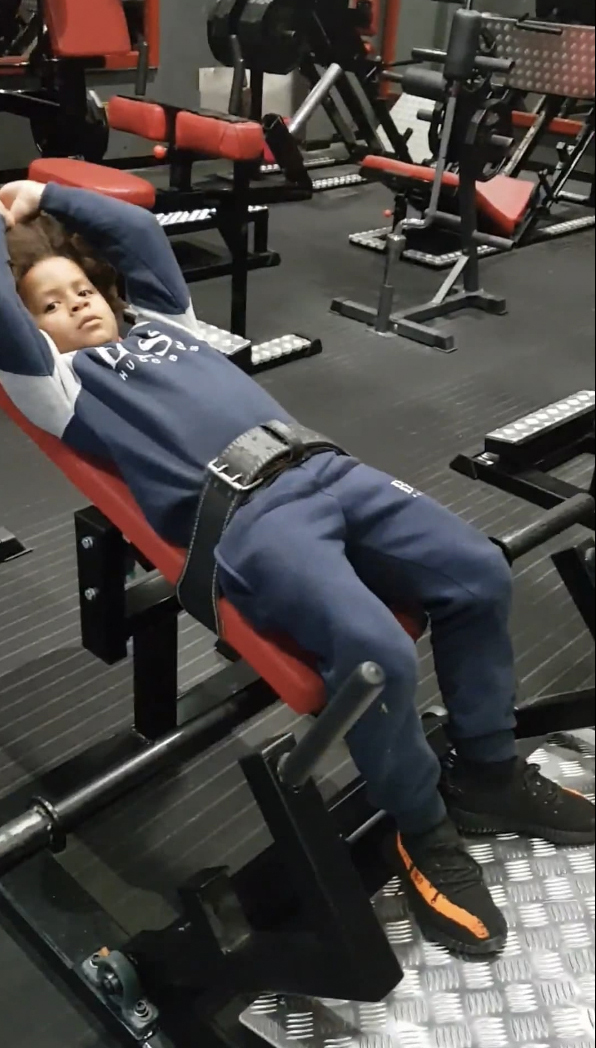 I won the NABA Toned Figure British title and travelled to the USA to compete in the Arnold Bodybuilding Amateur Classic.

By 18 months Blaize was crawling around the gym floor and toddling on the mats.

He loved rolling and pushing the tiny weights.

As a toddler he was in his element doing soft play on the gym mats and pulling himself up on the weight machines.

When he was two in 2014 he joined the Tough Tots Wrestling.

As soon as he could talk he was helping me with my personal training. 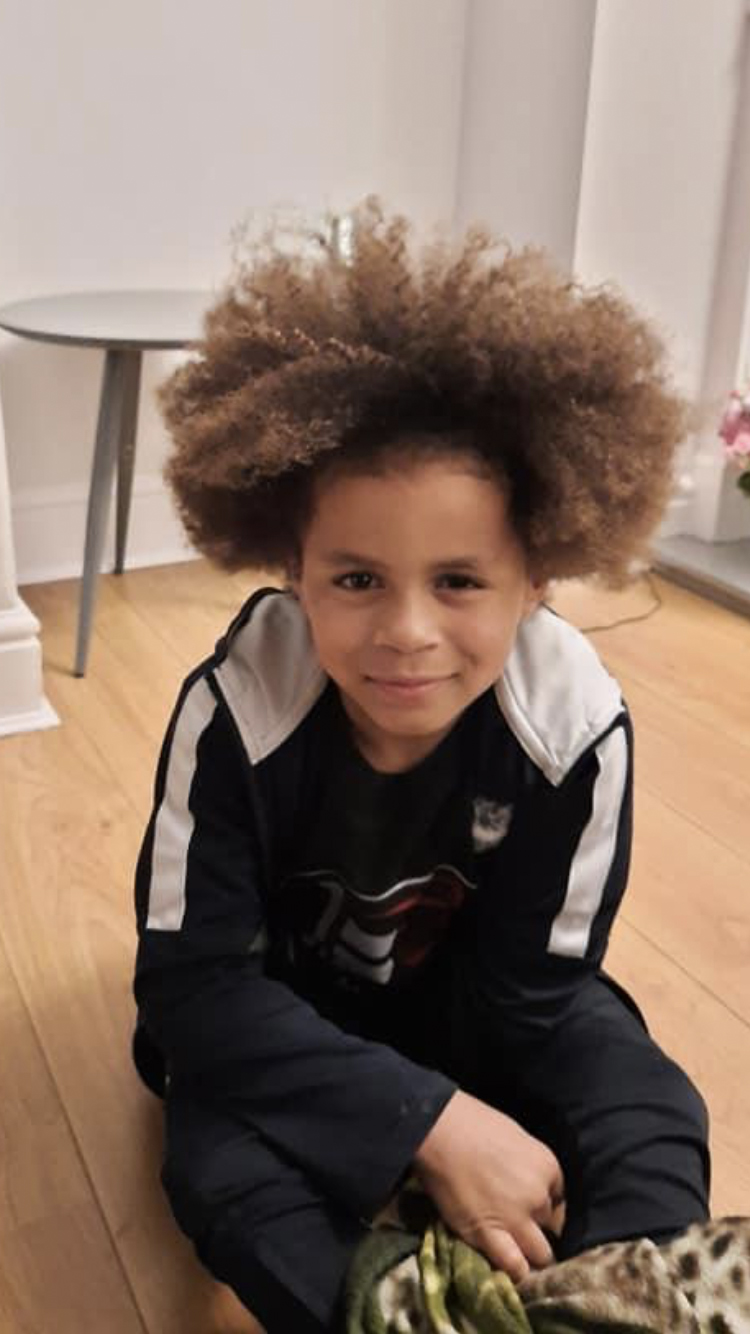 I’d be with a client and a tiny voice would pipe up telling them they were doing it wrong.

When he started reception in 2016 I’d pick him up from school and he’d beg to come to the gym with me.

He’s incredibly competitive and gives his all to his sports.

I always find him challenging gym regulars to squats or deadlifts.

Now he can deadlift double his body weight.

During lockdown we’ve converted the backyard into a work out area.

I love working with her clients and spotting them or challenging them.

He is training two to three hours a day and would train more if I let him.

But he still gets eight hours sleep a night, going to bed at 10pm and we do five hours of school work a day.

Yes, he is ripped and many people have an issue seeing a child with muscles but he loves it – and he is perfectly healthy.

Blaize added: “I love working out with mum. 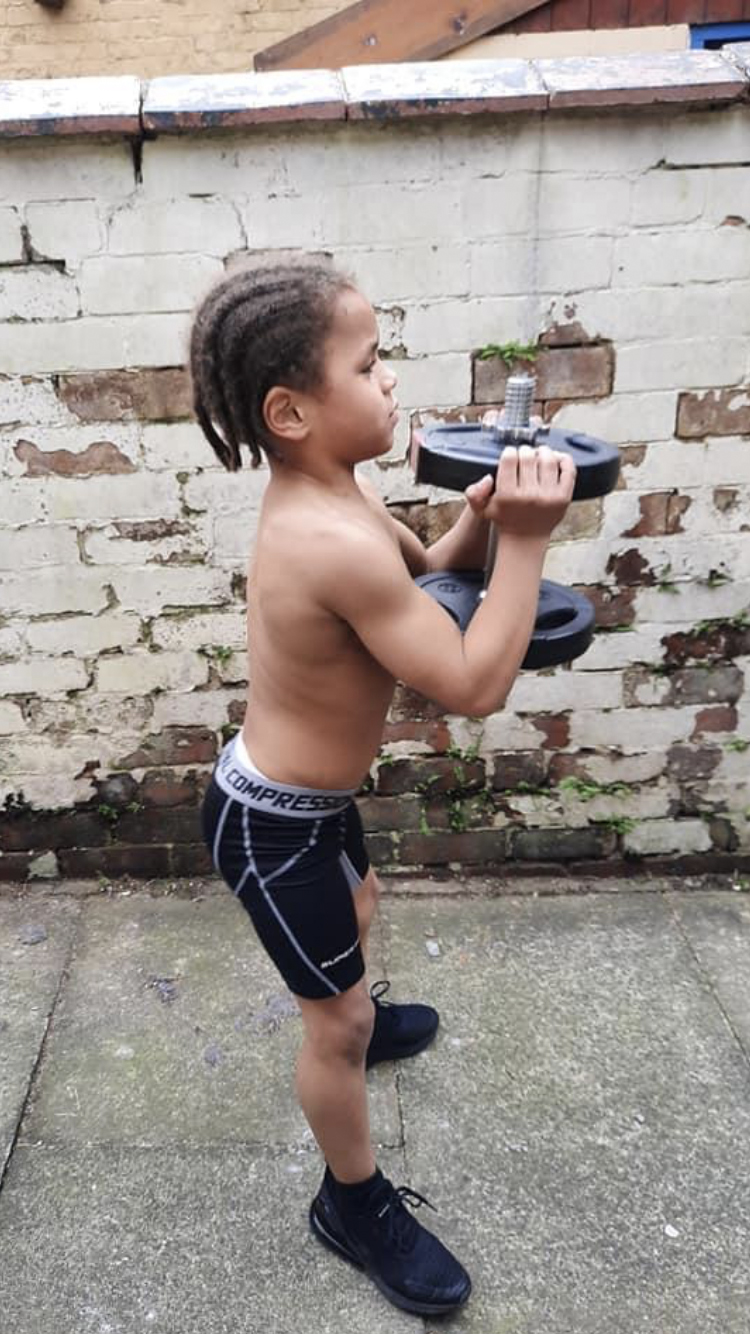 “I am always telling her when she does a weak pose.

“I love working with her clients and spotting them or challenging them.

“Mum is great showing me how to train properly

“I can’t wait to show my mates at school what I have done when we go back.”

In more real life news, this mum told how she couldn't face homeschooling her kids – and wanted them to be social media stars instead.

And meet one of the world's strongest body builders – and she's female.