BILLIONAIRE Bernie Ecclestone proved he is 90 years young when he announced he was going to become a father for the fourth time last year.

There was already a yawning age gap between his first daughter Deborah, 66, from his first marriage to Ivy Bamford, and his other girls Tamara, 36, and Petra, 32, who he had with second wife Slavica. 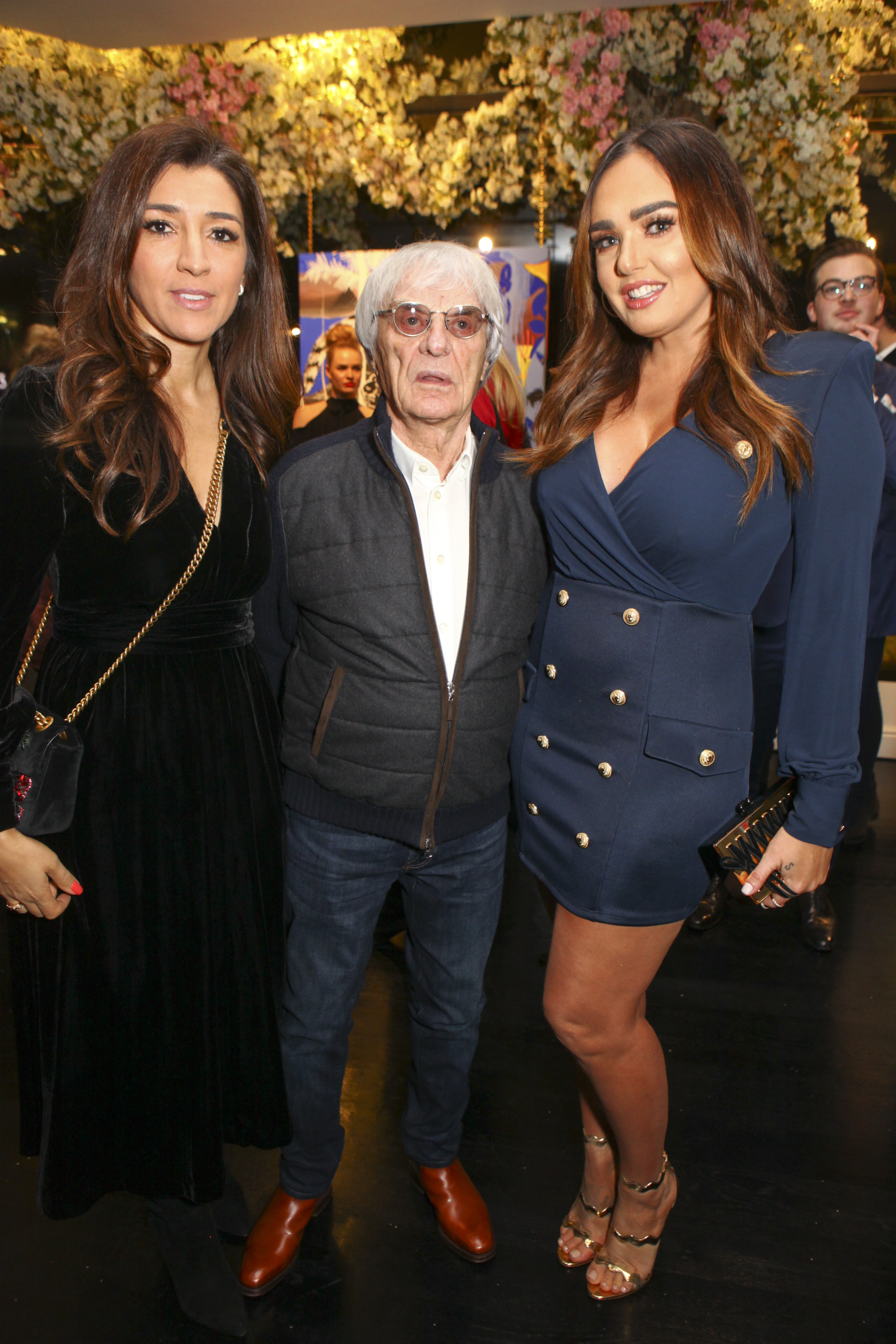 In July 2020, Bernie, who is also a grandad and great-grandfather, welcomed son Ace with his wife Fabiana Flossi, 44, at the  age of 89.

While some have questioned whether the former chief executive of Formula One should be having more kids so late in life, Tamara has defended him.

She said: “He’s a young soul and has an amazing energy. And with what’s going on (in the wider world), some baby news is good news.”

So what will it be like to be old enough to be her brother’s mum? Here, women with big age gaps to their siblings tell Jenny Francis all about their unusual relationships.

'My boyfriends were more scared meeting Joanne than Mum'

Amy lives in Mansfield, Notts, with her fiance Issac Briscoe, 25, a customer service assistant. She says: 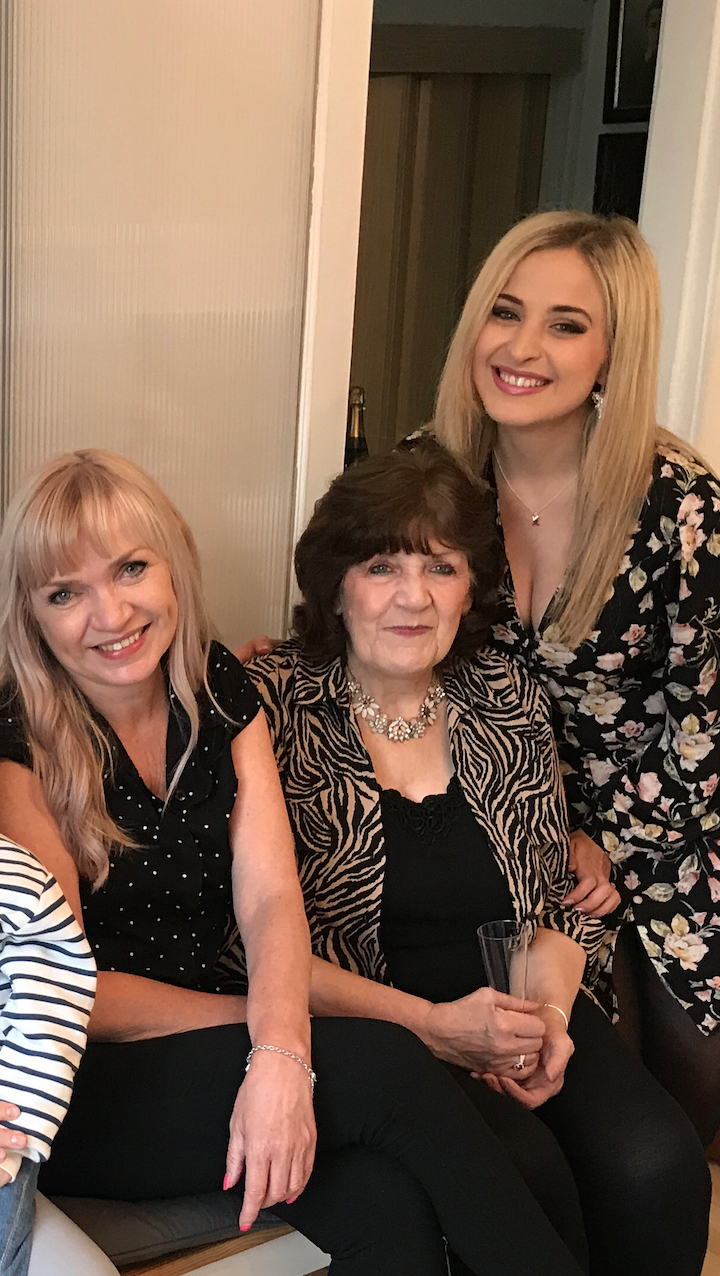 "JOANNE had her own daughter Lauren, 30, a carer, before I was even born. My mum Jo, 72, a retired hosiery industry executive, got divorced from Joanne’s dad in 1982 and met my dad James, who’s now 60, seven years later.

"My sister remembers when Mum found out she was pregnant in her late forties and couldn’t believe it.

"Doctors told her she was too old to have any more kids and she’d settled into her grandmother duties, so she was shocked when I came along.

"Joanne says she felt weird thinking about Mum being pregnant and being a grandma. But the minute I was born, she loved having a baby sister.

"Joanne was always coming over with her daughter to see me. Lauren, my niece, is four years older than me, so everyone found it hilarious that her auntie was the one she was looking after.

"Joanne is in all my earliest memories and despite the 21-year age gap, we tell each other everything and caused mischief growing up. When I was 15, I convinced Joanne to help dye my hair blonde. It went bright yellow and Mum went mad. 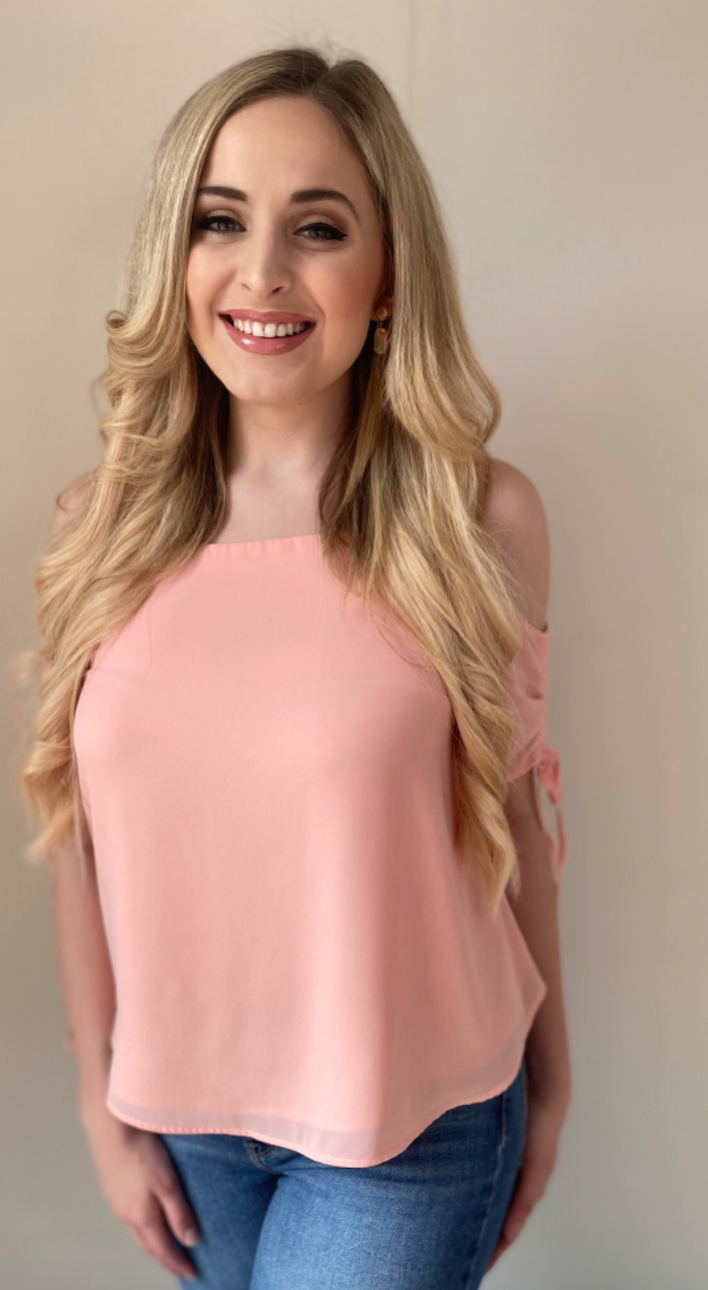 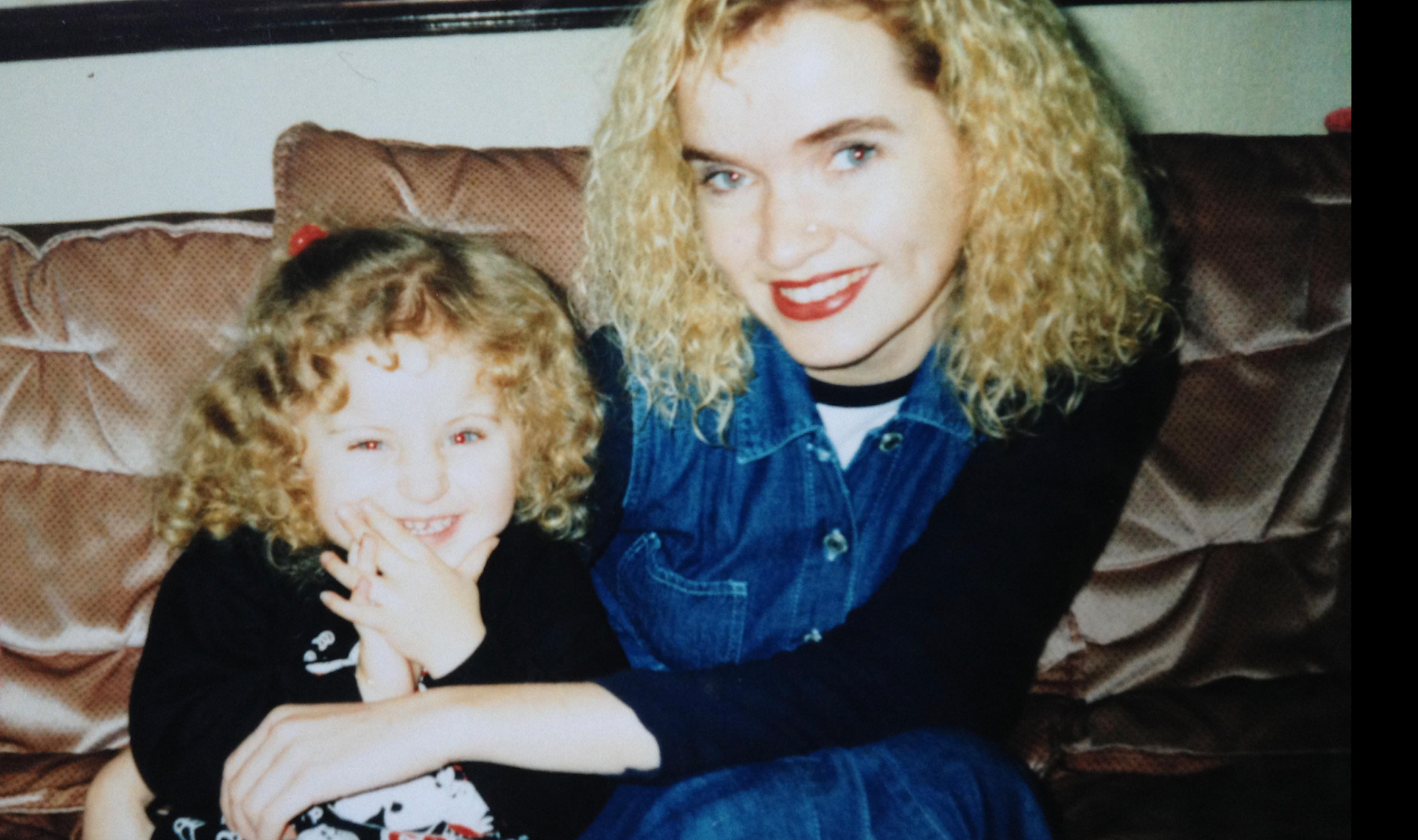 "If I was ever out late, she’d let me stay at hers and wouldn’t tell Mum. I could ask her all about sex and boys, knowing she would be honest. She was the one I’d call if I was in trouble as a teenager.

"She always vetted my boyfriends and they were more scared of meeting Joanne than Mum! She wasn’t afraid to tell me if they weren’t good enough.

"When I was at school, people assumed she was my auntie or mum, not my sister. I loved seeing people’s confused faces. No one else had a sister as old as mine.

"Mum loves how close we are and I think she’s relieved, as lots of children find it hard when their parents have children with another partner.

"We never argued like other siblings, as our age gap meant we didn’t have the same squabbles other kids had. We couldn’t be closer."

PHARMACY assistant Claire Zapanta is 26 years older than her sister Heidi Fitton, who is the same age as Claire’s own daughter Sophia.

The single mum, from Poole, Dorset, is currently living in lockdown with both girls and her mum, Marie Campbell, 53. She says: 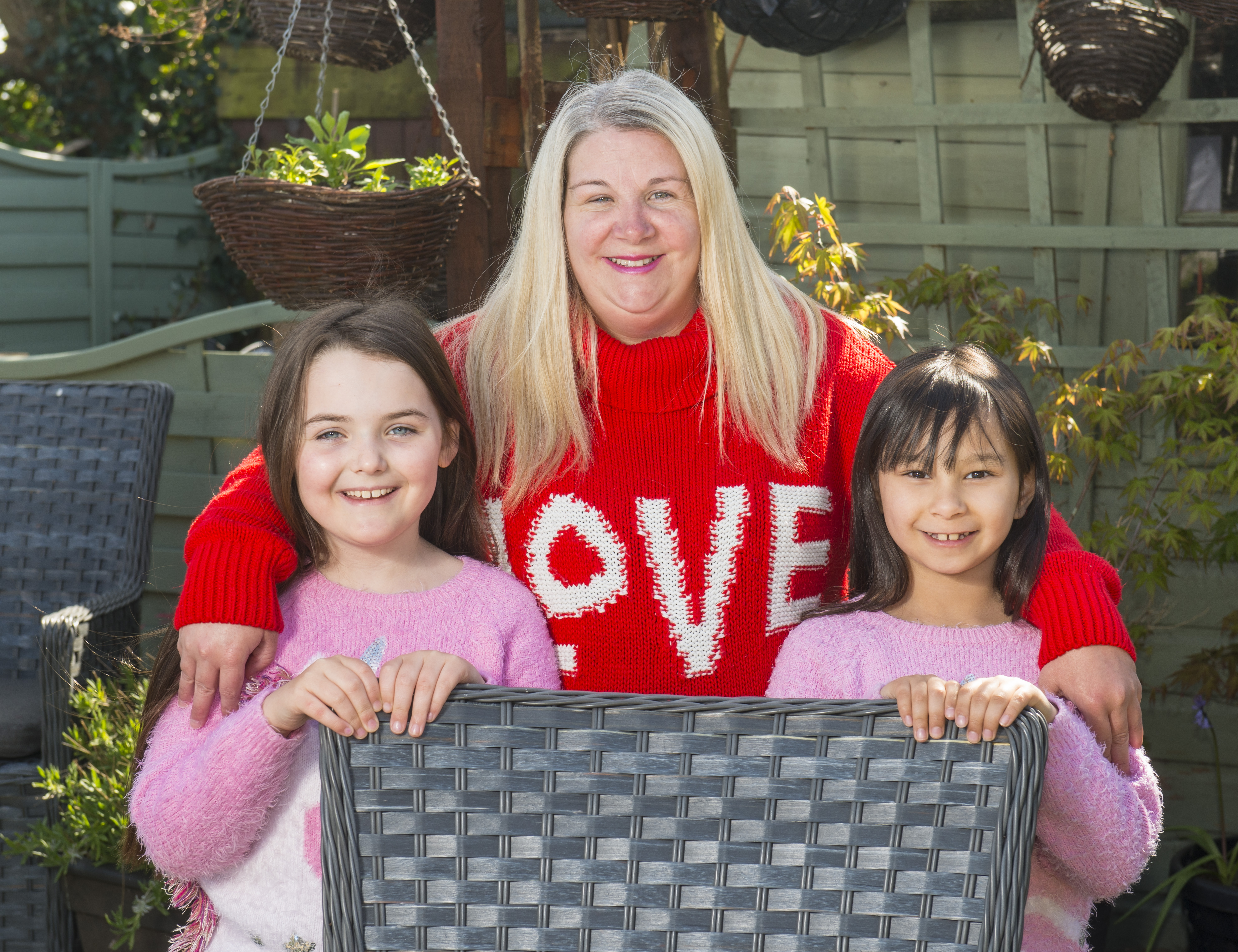 "I WAS the eldest of five. The other four are Lizzy, 31, an accountant; Georgia, 28, a carer; Scott, 26, an investment banker; and Ryan, 21, a business management student.

"I loved having lots of brothers and sisters. My parents divorced in 2007 and two years later, Mum began dating Ray, 50, a taxi driver.

"I married in July 2010 and five months later I was pregnant with Sophia.

"What I didn’t expect three months later was Mum to phone me with the same news. She was pregnant too and due three months after me. I was shocked. I never thought my pregnancy friend would be my Mum.

"She was so happy, I couldn’t help but be happy for her too. We ended up exchanging symptoms and pictures of bumps. She came to my antenatal classes and I went to hers.

"My husband found it strange to be talking about babies with his pregnant mother-in-law! 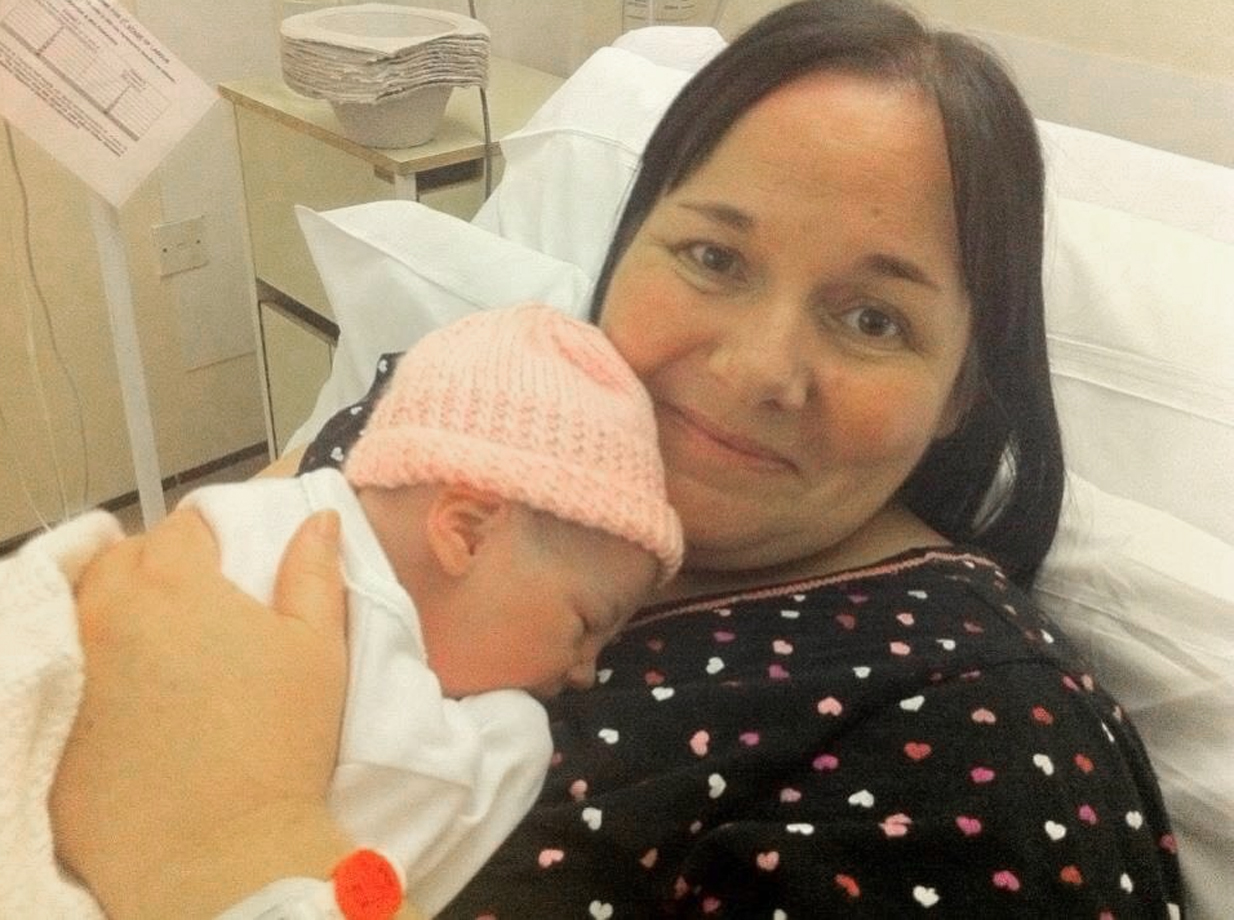 "My daughter was born in September 2011 and Mum gave birth to Heidi, my half-sister, in December. Suddenly I was a new mum and had a new baby sister too.

"It was overwhelming but since that day, the girls have been inseparable. So have me and Mum. My other siblings all came to meet their niece and new sister at the same time. They think it’s funny too.

"They have all the same friends at school, which makes organising sleepovers so much easier.

"When other parents find out about our situation, it takes them a while to get their heads around having an auntie and her niece over for play time.

"I got divorced in 2018 and Sophia lives with me. The girls think it’s hilarious when I get mistaken for their mum and my mum for their grandma. 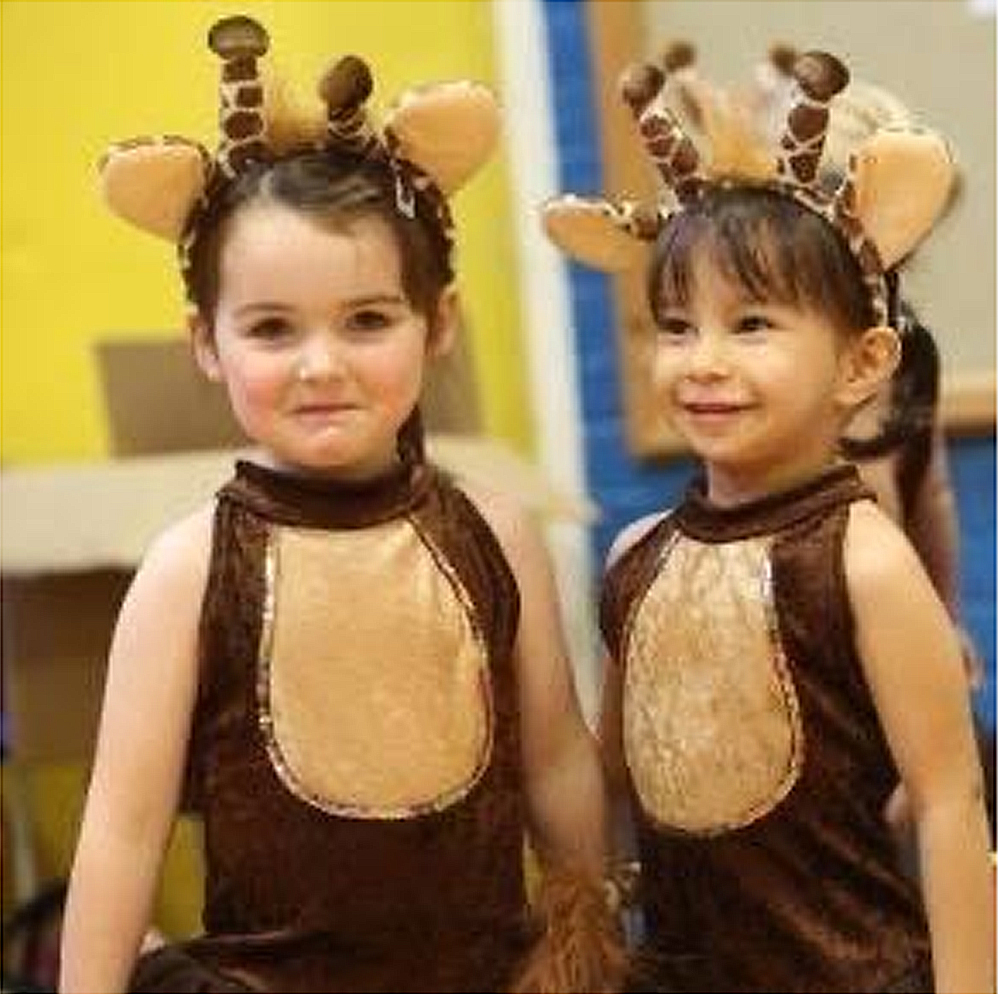 "It can be tough with discipline, as I have to remember I’m Heidi’s sister, not her mum. That can cause problems.

"During lockdown, Sophia and I decided to move in with mum and Heidi, as we didn’t want to self-isolate apart. Now we’re home-schooling the girls together.

"It will get even more confusing when they get older.

"I just hope we all stay as close as we are now in the years to come."

'Every time I see him, I'm so grateful to finally have a brother'

Three years ago, they finally got their wish. Jodie, from Hinckley, Leics, says: 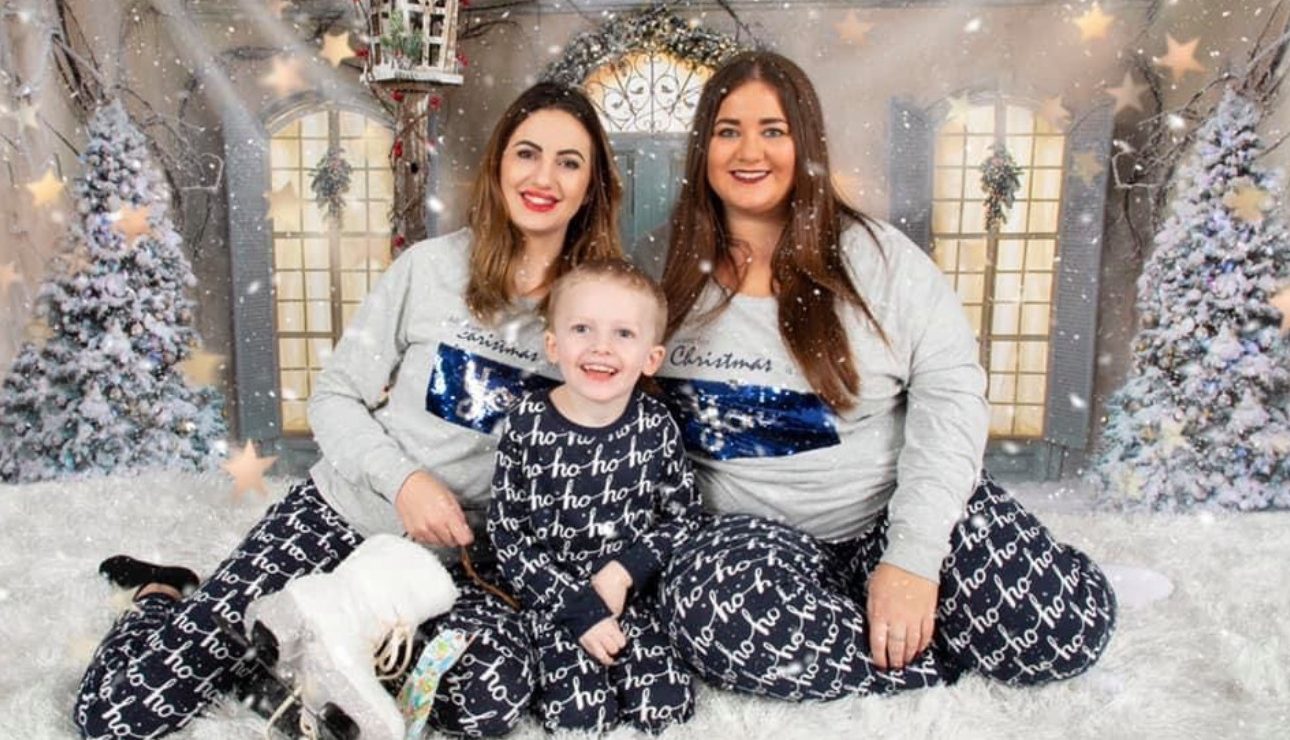 "WHEN my mum Joanne Bryant, 55, a pharmacist, and dad Simon Carnall, 55, a training company director, divorced in 2009, it was a difficult time for us.

"It took a while for our parents to move on but Dad eventually met and married his new wife Jill, 40, a photographer, in 2014.

"One night we were at theirs for dinner when Dad said he had a surprise. I thought he was talking about dessert! But they said they were expecting a baby.

"I almost choked on my prosecco. My sister thought they were joking until they showed us the scan picture.

"We had only just got used to having divorced parents and a new stepmum. A sibling seemed like a whole new dimension to our family.

"That night, Laura and I talked it all through and realised we’d always wanted more siblings growing up. It might be later than we hoped but we thought it could be positive. 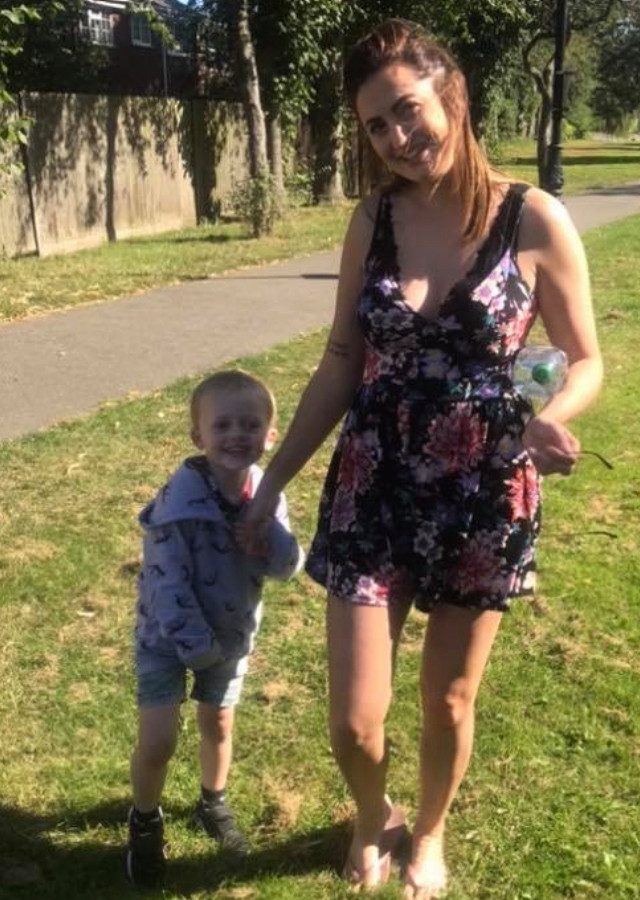 "Laura and I both wanted to make our extended family work, as we’d seen families ripped apart with age-gap siblings. We didn’t want that.

"Dad and Jill kept us involved and we were so thrilled to learn we were getting a brother.

"Zac was born in August 2016 and we were the first guests to see him. Dad even showed us the birthing video.

"We were there for nappy changes and helped out when Jill was tired. Now he’s three, he has sleepovers at my house three times a week.

"When we were growing up we never went abroad on holiday. But Dad and Jill take Zac all over the world, which can make us feel a bit jealous when we get left behind.

"We make sure Mum doesn’t feel left out and take him to visit her.

"It was a bit awkward at first, seeing her daughter with her ex-husband’s new child, but we made it work.

"We are missing Zac in lockdown but we video call and every time I see him, I’m so grateful I finally have a brother."