But he's not there to hear their softly spoken words because Collin Bernice hung himself two weeks before Christmas in 2014. 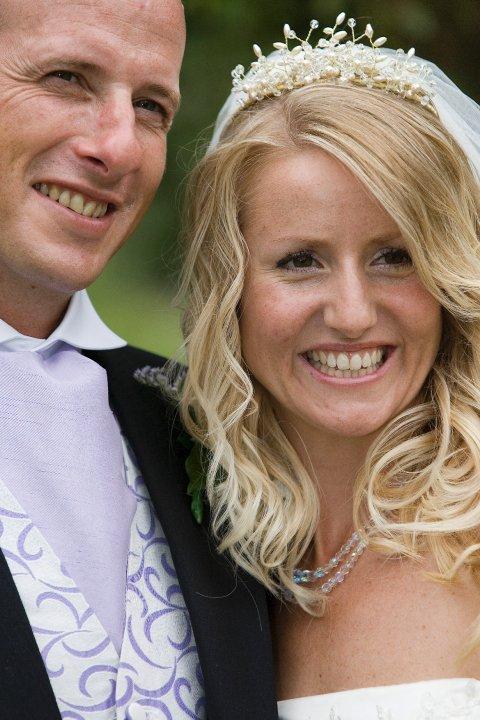 This Christmas Day, his children and wife Samantha, who live in Fareham, Surrey, will also light candles and hold a minute's silence to remember him.

“It’s something we’ve done every year since Collin killed himself. We want him to know he won’t be forgotten," Sam, 40, tells The Sun.

Colin was just 44 when he took his own life. He’d battled with mental illness for many years but was finally pushed over the edge after losing his job and turning to alcohol.

“We were separated at the time but he still saw the children three times a week and he was a wonderful dad,” says Sam. “The kids adored him. The day he took his own life he’d come to watch our daughter, Amelie, in a school play and had seemed okay. I had no idea then that it would be the last time any of us would see him again.” 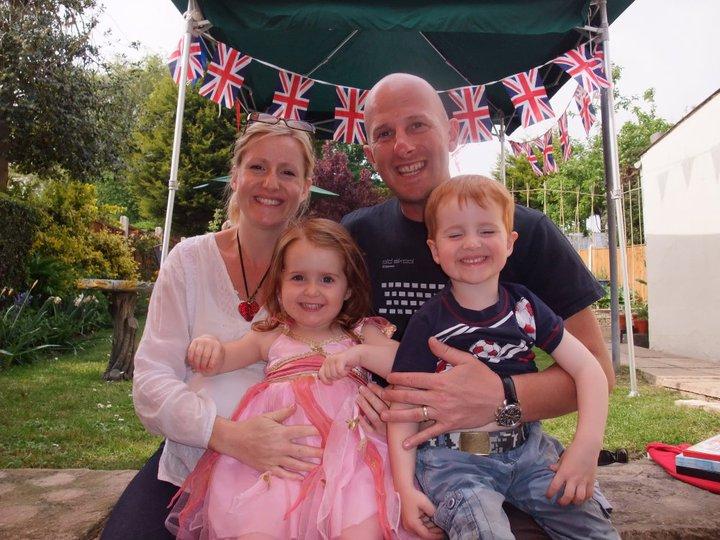 Last year, there were 6,213 suicides in the UK –  with the highest suicide rate being among men in their mid to late forties.

Here, Sam is speaking out about Collin's tragic death as part of the Sun's You're Not Alone Suicide Prevention Campaign.

Losing it over the washing up

Sam, who now works as a yoga teacher, was just 21 when she first met Collin through friends at a party in 2001 – and says back then he seemed so full of life.

“He was funny and confident,” she recalls. “He just walked right up to me, introduced himself then gave me this really cheeky smile.”

The pair soon became a couple, and when Sam decided to go travelling after finishing uni, Collin joined her.

It was then that she first noticed the happy-go-lucky carpenter had another side to him.

“We were staying at a campsite in Australia and washing up dishes,” Sam says. “He wasn’t drying them properly, so I suggested he do it another way and, suddenly, he just exploded and started yelling at me. He completely lost his temper and stormed off. I was stunned.” 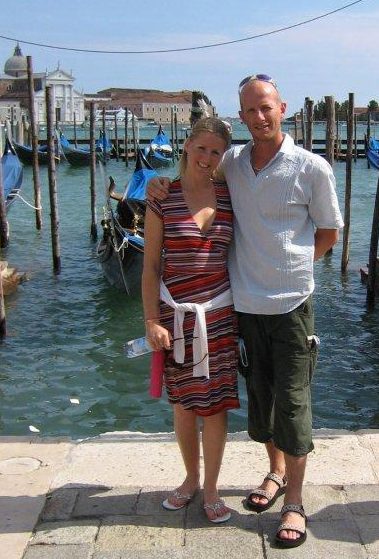 It's the biggest killer of people under the age of 35, more deadly than cancer and car crashes. And men are three times more likely to take their own life than women.

Yet, it's rarely spoken of, a taboo that threatens to continue its deadly rampage unless we all stop and take notice, now.

That is why The Sun has launched the You're Not Alone campaign. To remind anyone facing a tough time, grappling with mental illness or feeling like there's nowhere left to turn, that there is hope.

Let's all vow to ask for help when we need it, and listen out for others. You're Not Alone.

For a list of support services available, please see the Where To Get Help box below.

Sam put his temper tantrum down to tiredness. But it soon happened again.

“It became a regular cycle every few weeks,” she says. “He’d have an outburst then be really sorry afterwards, withdraw into himself and get depressed.”

Eventually, Collin confided in Sam about a trauma he’d suffered as a child.

“When he was normal, calm Collin he was wonderful to be around. But the darker side of him became harder and harder to handle," she admits.

“I stayed with him because I loved him. Plus, I was convinced he would eventually get over it." 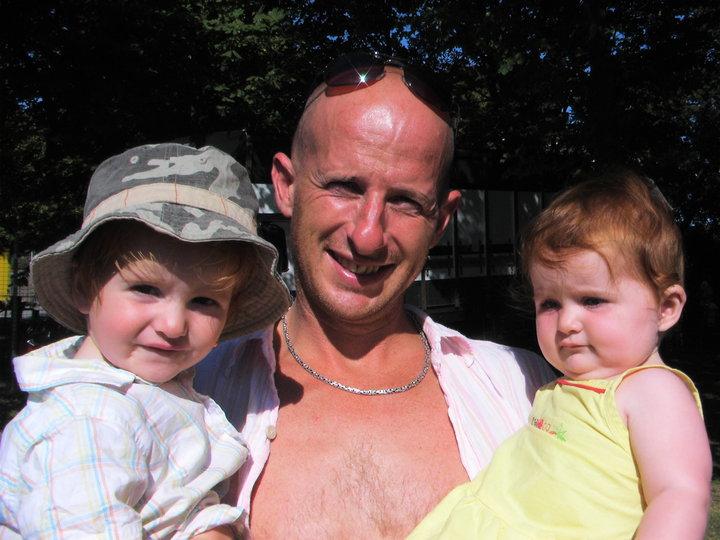 But things only got worse after the couple were married in 2006 and had their son, Finlay, a year later, then daughter, Amelie, in 2008.

“It was Christmas 2009 and Amelie was one,” Sam recalls. “We went on a family holiday skiing and Collin lost it one night and locked himself away in the bedroom for the rest of the holiday. His reaction was so extreme.”

When they returned home, Sam begged him to get help. She told him his mood swings were getting worse and he agreed.

Collin went to see his GP who prescribed antidepressants. But they didn’t help.

In March 2010 Collin tried to take his own life for the first time at the family home.

“We’d had another argument over something little and I said I was going to stay at a friend’s house with the kids until he calmed down,” recalls Sam.

Three hours later she got a call from the hospital to say Collin had taken an overdose then called an ambulance.

“I was absolutely horrified,” she says. “It had obviously been a cry for help but still, I couldn’t believe he could do that to me and the kids.”

“Amelie was only 18 months old and Finlay was just three – I was looking after them and trying to work part-time as a teacher as well as doing all the housework and chores. I was exhausted,” she says. “

On top of that I felt like I had to look after Collin as well whenever he was down or having mood swings. It was all getting on top of me.

“When I went to see him in hospital, I asked him why he’d done it, but he just turned his head away from me and wouldn’t speak. I felt so powerless.” 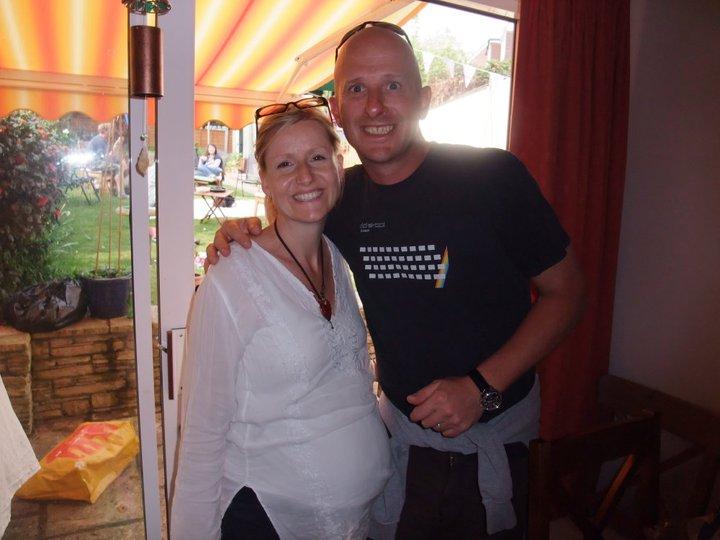 To Sam’s dismay, Collin was released from hospital the next day with nothing but a leaflet for a telephone counselling service.

“It was a joke,” she says. “He’d tried to kill himself and all they could give him was phone counselling.

“Collin needed personal support, and I needed help too as I was suffering from panic attacks from all the stress. But it just wasn’t available.”

'He tried to kill himself while the kids were downstairs'

Collin’s mental health continued to deteriorate. The second time he tried to take his own life was in 2013, two years after their third child, Jacob, was born.

“That was even more horrific because the kids were in the house,” explains Sam. “He got angry about something and wouldn’t calm down. The kids were watching telly in the living room and we were upstairs.” 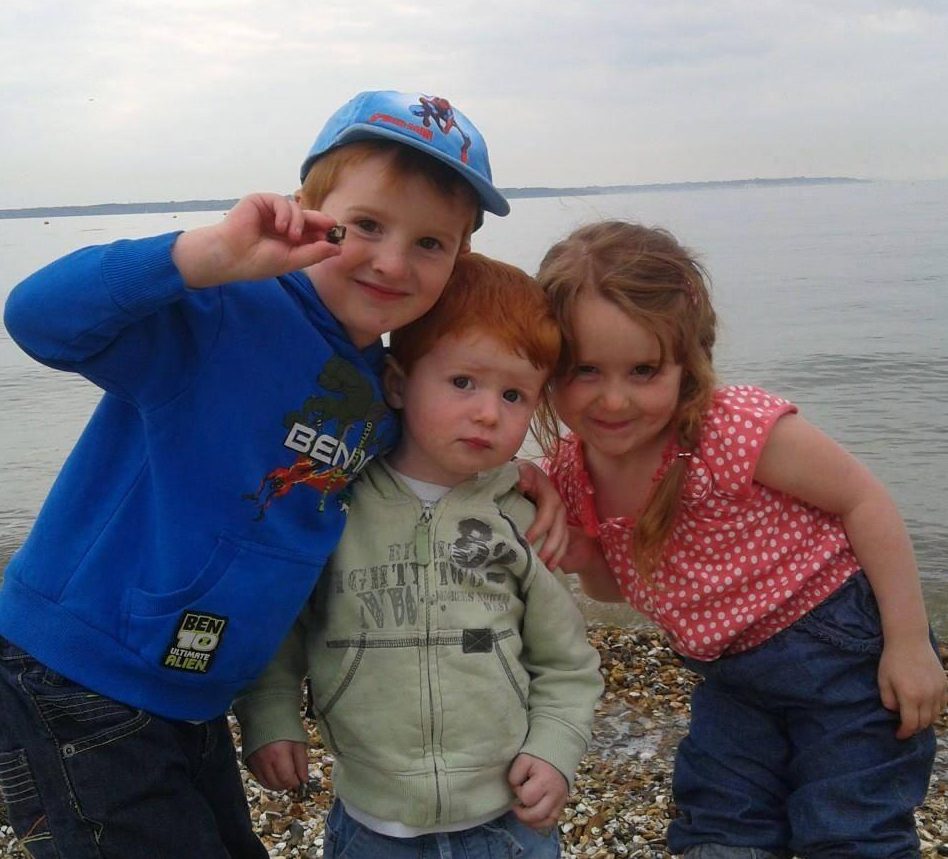 WHERE TO GET HELP

After checking on the kids, she found him hunched over the toilet throwing up – tablets strewn all over the floor.

“I couldn’t believe he’d done it again,” she says. “ ‘The children are downstairs!’ I shrieked, panic and rage washing over me. ‘How could you?”

Sam called for an ambulance as Colin slipped into unconsciousness.

'I hit breaking point and packed my bags'

“The fear was indescribable,” she says. “I just remember crying my eyes out and thinking, what the hell has my life turned into? My husband was dying in front of me. I felt so helpless and afraid.”

This time Collin was remorseful afterwards.

But Sam warned him he needed to get proper help as she couldn’t cope any more. But his erratic mood swings got worse and he started drinking.

It all came to a head in December 2013 when he cut his finger and was given strong painkillers and antibiotics at hospital.

“He wasn’t meant to drink on them but went out that afternoon on a bender and returned home at 4am,” Sam says. “That was my breaking point. I couldn’t put up with his behaviour anymore and packed my bags.”

The pair split and arranged for Collin to see the kids at weekends.

'My legs turned to jelly, I just knew'

On December 10 2014, Collin came to see Amelie perform in a school Christmas play.

“He seemed okay as he sat behind me and my mum. I turned around and he gave me one of his funny cute smiles,” recalls Sam.

When she got home after the play, she noticed a few missed calls from Collin but didn’t have time to call back as her parents were staying and she was preparing dinner.

“We were about to eat when there was a knock at the door,” says Sam. “It was two police officers. When they asked me if I was Collin Bernice’s wife my legs turned to jelly. I just knew,” Sam remembers. 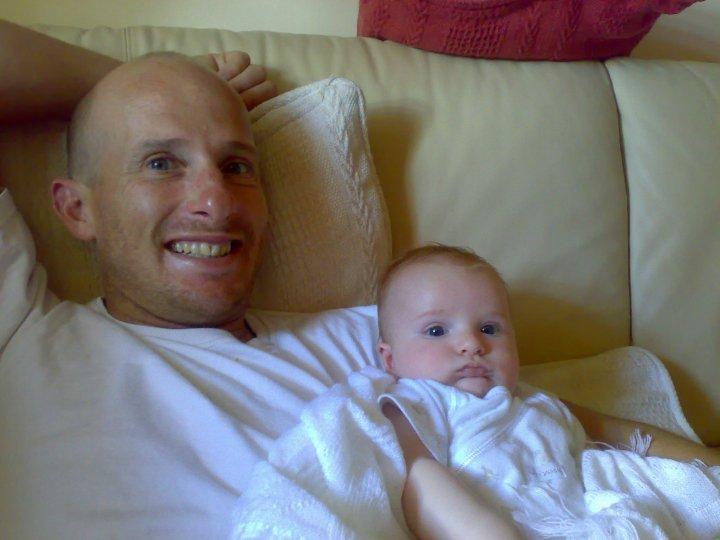 Collin had hung himself at 2pm that afternoon, leaving no note behind. He’d contacted his mum too beforehand who said he’d seemed upset after losing his job but there was no indication that he was suicidal.

“To this day part of me still can’t believe he did it,” says Sam. “Mum and Dad stayed with me for a few weeks afterwards and I’d just sit in Dad’s arms night after night sobbing.

"The worst thing of all was that this time I knew Collin had meant to do it because he’d hung himself. He was found by his flat mate.”

'Daddy's gone to heaven and he's not coming back'

Telling the children was hard.

“I sat them down the next morning and told them their Daddy was dead, that he’d gone to heaven and wasn’t coming back,” Sam remembers.

“Finlay and Amelie burst into tears but Jacob was only three so didn’t really understand. It was the worst thing I’ve ever had to do.”

Sam didn’t sleep for days, wondering if there was anything more she could have done to help Collin, how to plan the funeral and, hardest of all, how the kids were going to get through their first Christmas without their dad alive.

“I felt numb and confused,” she says. “Sometimes I’d start blaming myself for leaving him but then I’d remember that he’d attempted suicide twice before and that reassured me that it wasn’t my fault.

"I did everything I could have done to save him."

Christmas that year was tough, but Sam was determined to make it as special as she could for the kids.

After sitting up until 2am the night before writing a speech for Collin’s funeral on December 29, she wrapped their presents and prepared candles to light in memory of their dad.

“It was a quiet Christmas but a nice one,” Sam says.

“After dinner we all sat around the tree and lit candles and I told the kids’ funny stories about their dad and reminded them that he was still watching over them. It was an emotional day, but we got through it.”

Each year since, the family have continued to remember Collin this way.

“All I can do is make sure they never forget him,” says Sam. “And while Christmas will never be the same again for the kids, I want them to know he loved them, and always will.”