AN EIGHT-year-old girl is planning her own funeral after doctors failed to spot an aggressive tumour on her spine.

Brave Darcy McGuire has been given just months to live after docs put her agonising condition down to 'growing pains'. 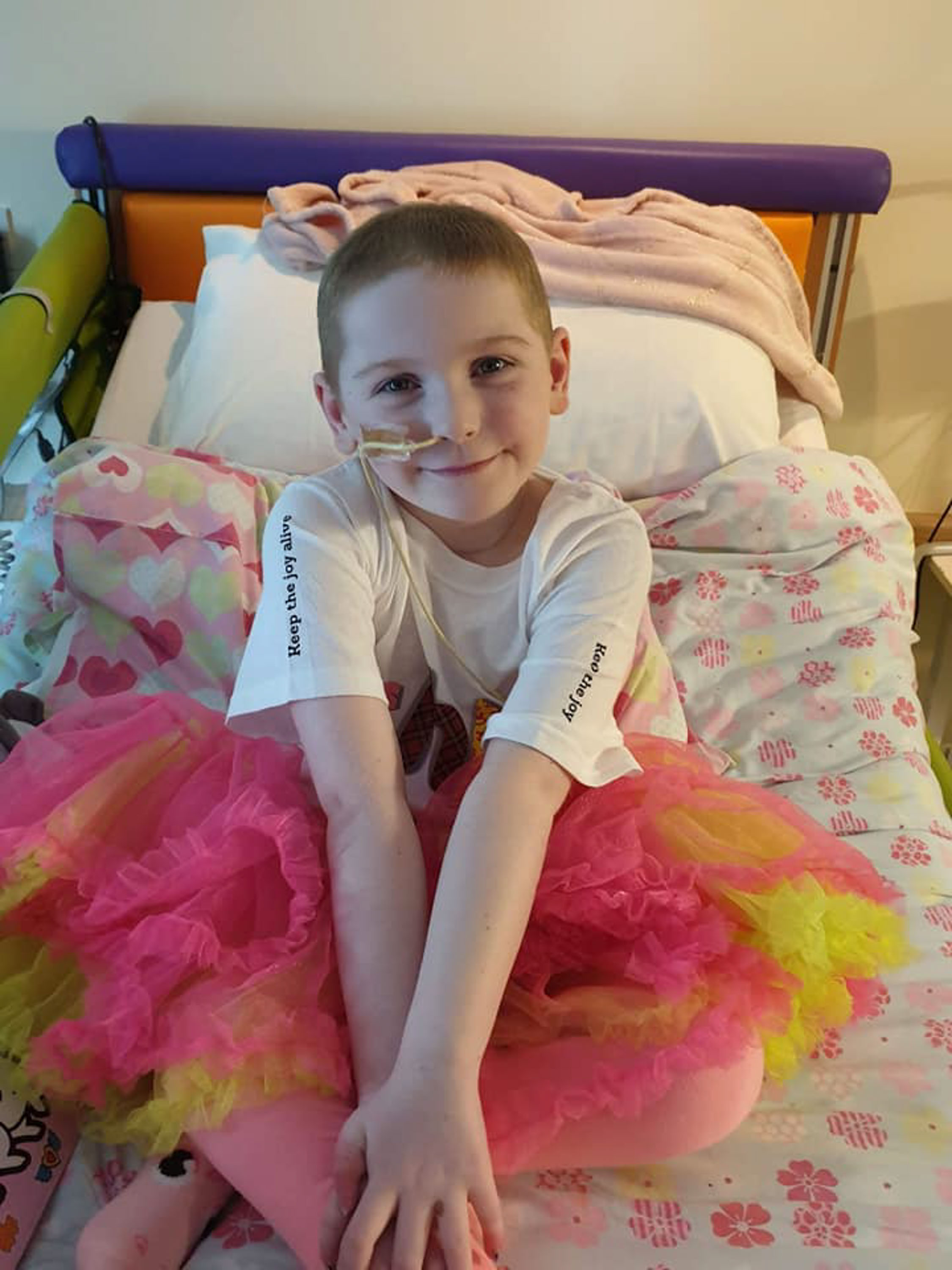 Heartbroken mum Carol Donald suspected there was something wrong with her daughter from the age of three as the youngster had a lump on her spine and was in constant pain.

But despite repeated trips to her GP and various specialists until Darcy was seven, Carol was constantly told it was nothing to worry about as her daughter had two operations to fuse part of her spine as a baby.

Even when Darcy was losing weight, tired and in such agony last summer that she could no longer join in with her pals Carol said doctors “still assured us it was just growing pains”.

It was only when she began falling over daily and soiling herself in January this year, that Darcy was finally diagnosed with an extremely rare form of bone cancer called chordoma. 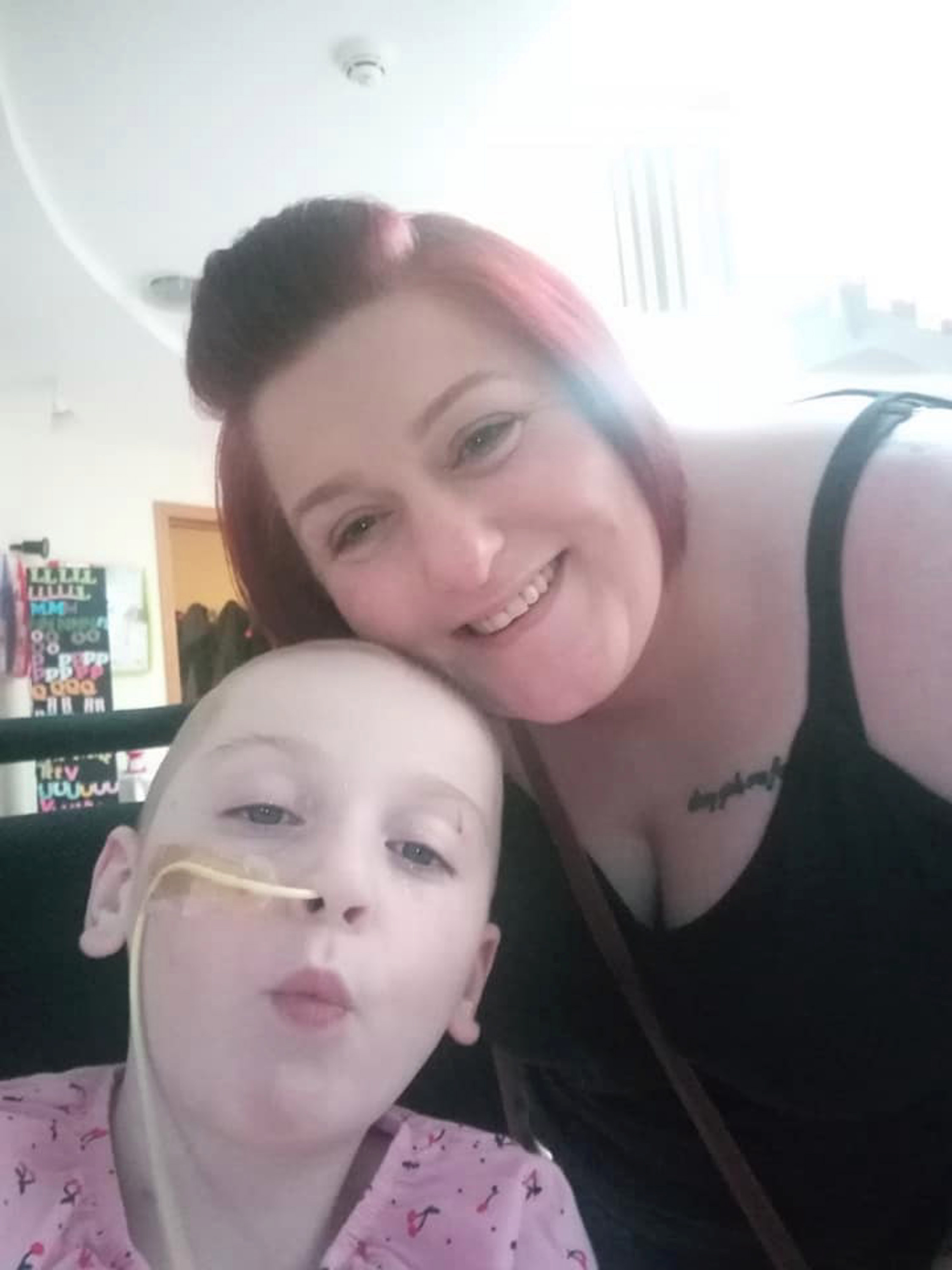 This affects just one in 20 million children.

By then she had three large tumours on her spine and sacrum and her devastated family was told there was nothing that could be done to save her.

The cancer has now spread to her ribs, lungs, skull, hand, arms and legs.

Carol, 38, from , from Glenrothes, said: “Hearing the news that my youngest daughter was terminal was the worst day of my life.

“I was so angry and frustrated because I always knew, as her mum, that something was being missed.

“But we kept being told by specialists we trusted that everything was okay.” 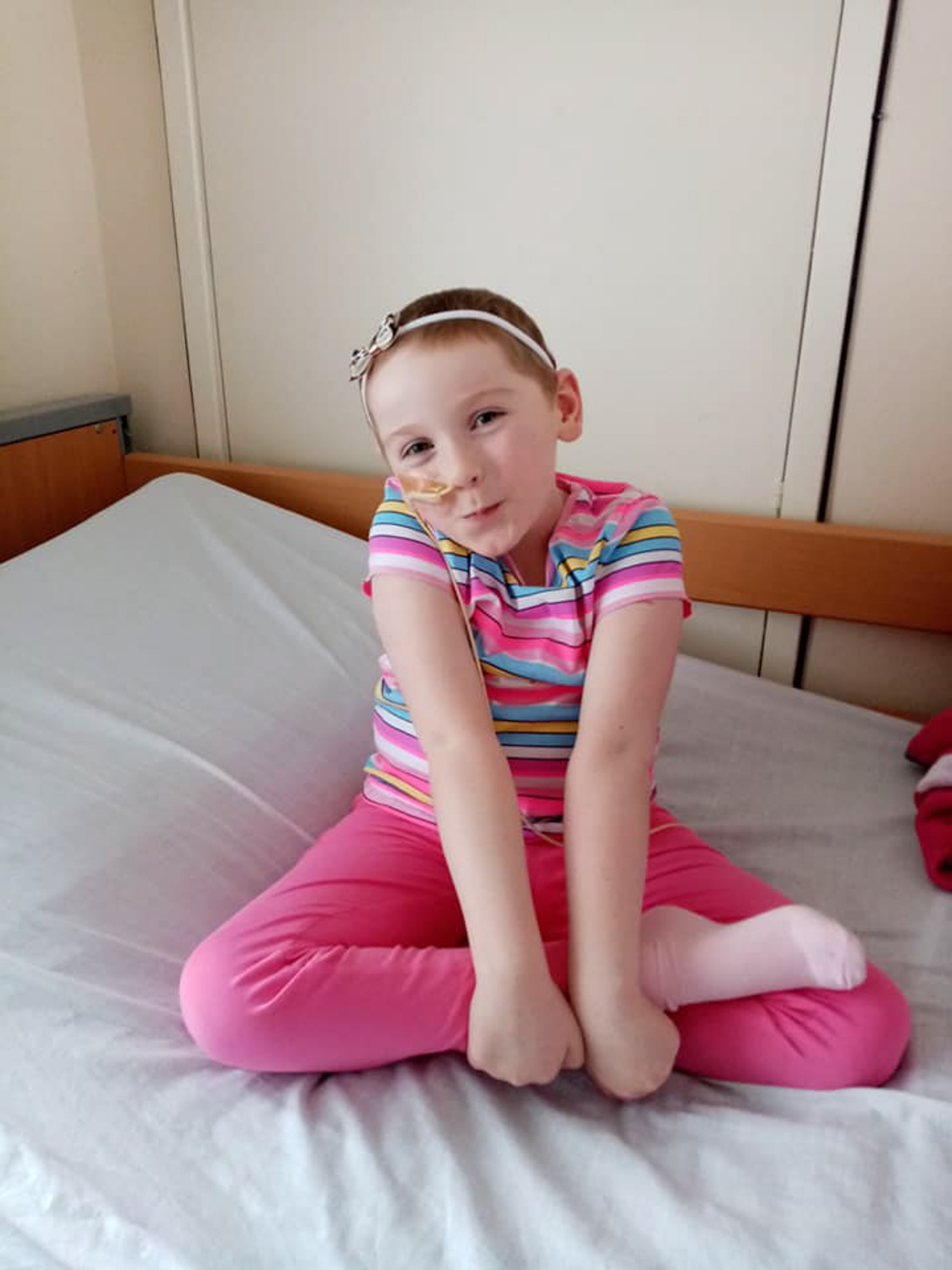 Now, instead of helping her little girl with her homework, Carol has been helping Darcy to plan her own funeral.

The devoted mum-of-five said: “I’ve always been extremely honest with Darcy about her illness and she knows that one day she is going to die.

“Darcy has helped plan every single part of her funeral along with me.

"This was extremely important to me because I wanted her to have everything her way.”

Darcy has helped plan every single part of her funeral along with me.

“This is definitely not something any mother should have to do with their eight-year-old daughter.”

The five-year survival rate for the disease, which affects just one in 20 million children worldwide every year, is around 68%, with surgery offering the best outcome.

Carol firmly believes that had Darcy’s condition been picked up sooner her daughter, who was seen by local GPs and specialists at the Royal Hospital for Sick Children in Edinburgh, might have had a chance at fighting the disease which normally affects those over 50.

The tumours have now left Darcy paralysed from the waist down and she has to take a number of painkillers every day.

She was initially given high doses of gruelling chemotherapy, normally given only to adults, to try and prolong her life. 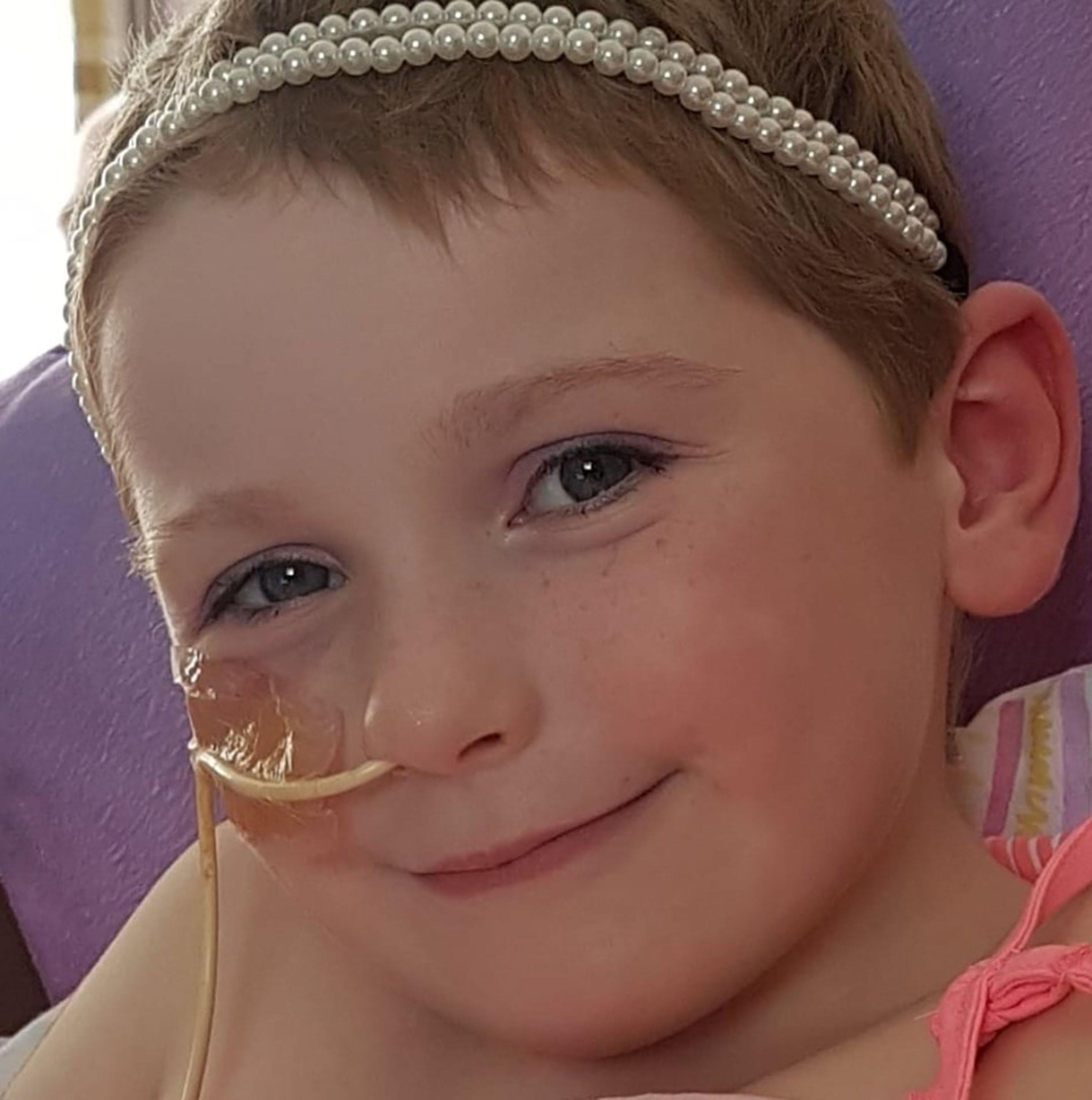 But after just three rounds, Darcy made the brave decision to stop treatment and concentrate on making memories that her family could cherish.

Carol hailed her daughter an “inspiration”, adding: “Darcy has been so brave throughout these last months.

“She’s always smiling and always wants to help others, even when she’s going through so much herself.”

Darcy now spends her time between home and Rachel House Children’s Hospice, Kinross, which is helping her to fulfil her “bucket list”, which includes meeting elephants and travelling in a limousine.

She has also been giving manicures and massages to visitors to Rachel House, to raise money for the Children’s Hospices Across Scotland (CHAS) – and has asked her family to continue raising money after she is gone. 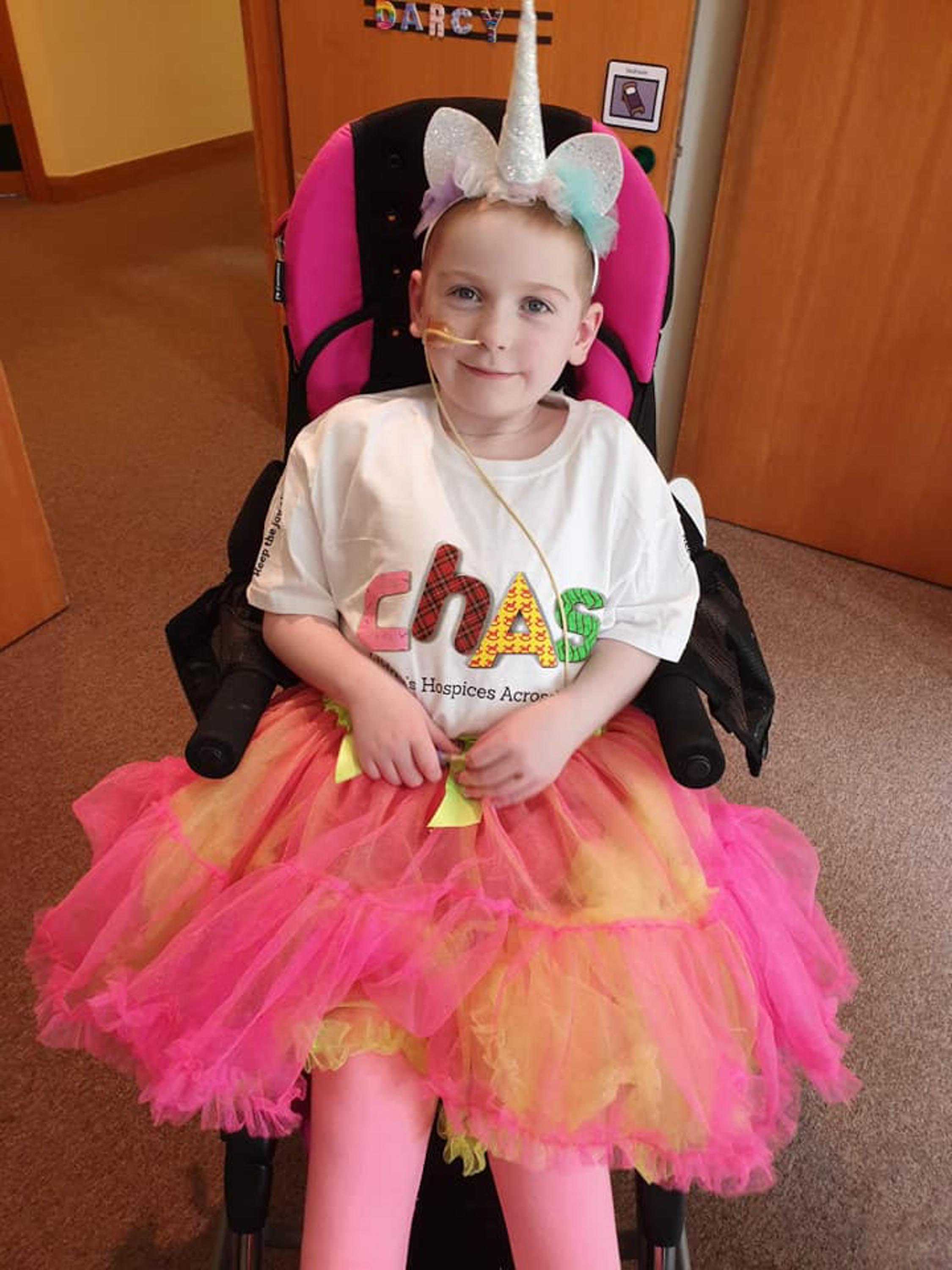 Carol said the charity has helped the family, including Darcy’s siblings Keighan, 17, Fraser, 15, Evan, 12, and Cerys, nine, come to terms with the diagnosis.

But she said: “If this had been found earlier, I have no doubt Darcy could have stood a chance at beating this cruel disease.”

A spokesman for NHS Lothian said: “We are unable to comment on individual patients and their care without the permission and signed consent of the patient, or, if they are a child, their parents or legal guardian."

NHS Fife medical director Christopher McKenna also said: “We are unable to comment on the case of individual patients for reasons of confidentiality."

Meanwhile, a nurse who treats brain cancer patients diagnosed her own tumour – after spotting a poster at work.

And Emma thought her two-year-old boy was just being clingy – he was actually battling stage four cancer.

Meanwhile, Tyla, 22, told us how she was writing cars for her boy, two after being diagnosed with terminal brain cancer.