A MUM whose boyfriend beat her so violently doctors had to remove an earring from her skull but was out of prison in just eight weeks has today slammed "disgustingly short" prison sentences for abusers.

Oriana Black, 23, from Leamington Spa, made the impassioned plea after the Queen announced a new Domestic Abuse Bill. 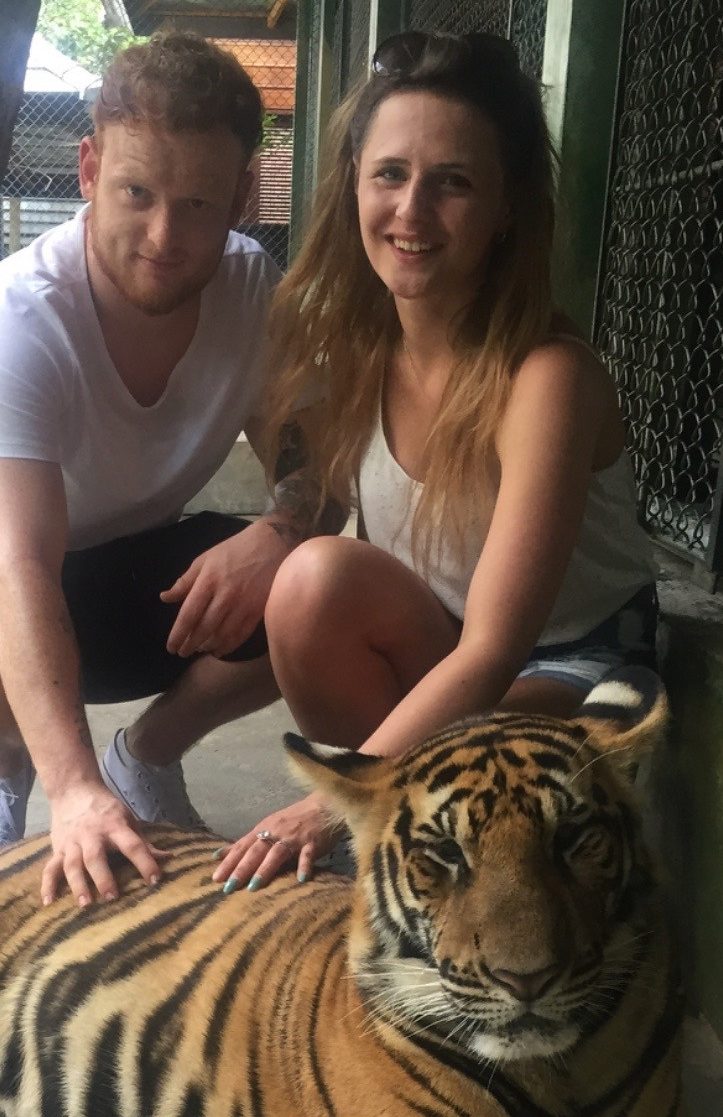 Oriana was in a coercive controlling relationship with Keaton Gerard, 25, for three years, with the pair getting together in December 2014.

By August 2017 she was desperate to leave him but was terrified of doing so.

Eventually she got the strength end things, but he broke into her home, smashed a mirror over her head, kicked her multiple times and snapped one of her earrings leaving it embedded in her head.

He was given a six-month sentence but was initially released on license after just eight weeks behind bars. He was sent back to jail when he immediately contacted Oriana.

She is speaking out today as the Government announces its new Domestic Abuse Bill, which is the result of years of lobbying by women's charities and looked precarious as parliament was prorogued this summer. 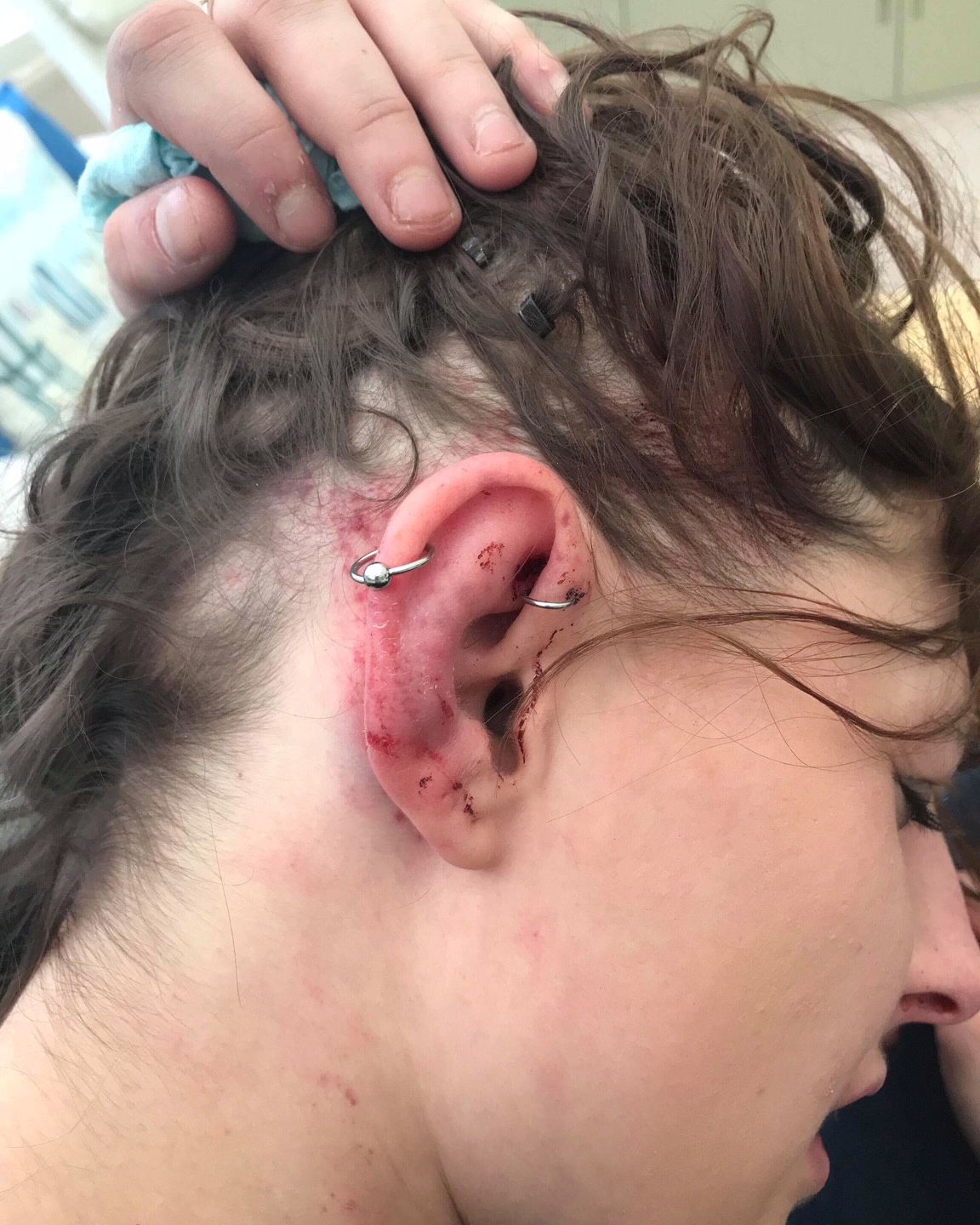 While Oriana, who's studying psychology at Coventry University, recognises the new bill as a step in the right direction, she says more needs to be done to protect women like her.

Here in Britain, one in four women experience domestic abuse, while two women a week are killed by their current or ex-partners.

Domestic violence homicides in Britain are at a five-year high, while a further three women kill themselves every week to escape abuse.

Women are are at the greatest risk of being killed during, or just after, trying to leave their partner.

It's these shocking statistics which have compelled the government to introduce the new Domestic Abuse Bill which will do more to protect survivors.

Among the promises are to criminalise controlling and coercive behaviour in Northern Ireland and make it a legal obligation for the council to provide long-term housing to women fleeing abuse.

What the Domestic Abuse Bill promises

Oriana, who has a five-year-old son from a previous relationship, was terrified of saying or doing the wrong thing during her three-year relationship with Gerard.

Speaking exclusively to Fabulous Digital today, she said: "When my ex was convicted, I felt lucky for him to even get six months.

"But that's wrong, as victims we shouldn't feel grateful they've got a punishment that small.

"It's not enough, they should be looking at a year to two years, minimum.

I think it's disgusting. When you've been through three years of emotional and physical abuse, you shouldn't feel lucky that person's going to be punished for six months

"I think it's disgusting. When you've been through three years of emotional and physical abuse, you shouldn't feel lucky that person's going to be punished for six months.

"You want them to be punished for the rest of their life.

"I'm two years down the line and I'm still dealing with problems emotionally and mentally.

"Whereas he's been punished for six months and then can do whatever he likes.

"The victim suffers for longer than the abuser, I don't think that's fair at all."

SafeLives (2015) Getting it right the first time: Executive Summary

Domestic violence has a higher rate of repeat victimisation than any other crime – in 2010/11, 73% of all incidents were experienced by repeat victims

The overwhelming majority of domestic abuse cases are not prosecuted, fewer than 10% of incidents reported to police will end in conviction

Despite her concerns about how abusers are punished, Oriana is delighted by some aspects of the new bill – especially the commitment to recognising coercive control through Britain.

She said: "I think the new bill is a massive thing. For a long time, if you didn't have a bruise or a broken bone, you had no chance of being taken seriously.

"In some senses, coercive control is worse than being beaten up.

"My ex was physical, but only towards the end of the relationship. The issues I struggle with now are from the emotional and psychological harm I went through.

A bone mends in six weeks, damage to how you think about relationships can take much longer

"A bone mends in six weeks, damage to how you think about relationships can take much longer.

"In a controlling relationship, you get to a point where you haven't got the energy to argue back.

"You feel like you can survive if you suck it up and deal with it. It's a horrible place to be, which is why it's important to identify the red flags.

"People might not realise they're in an abusive relationship, so hopefully these laws will emphasise the behaviours which aren't OK.

"I would have left much sooner if I had known it was abuse." 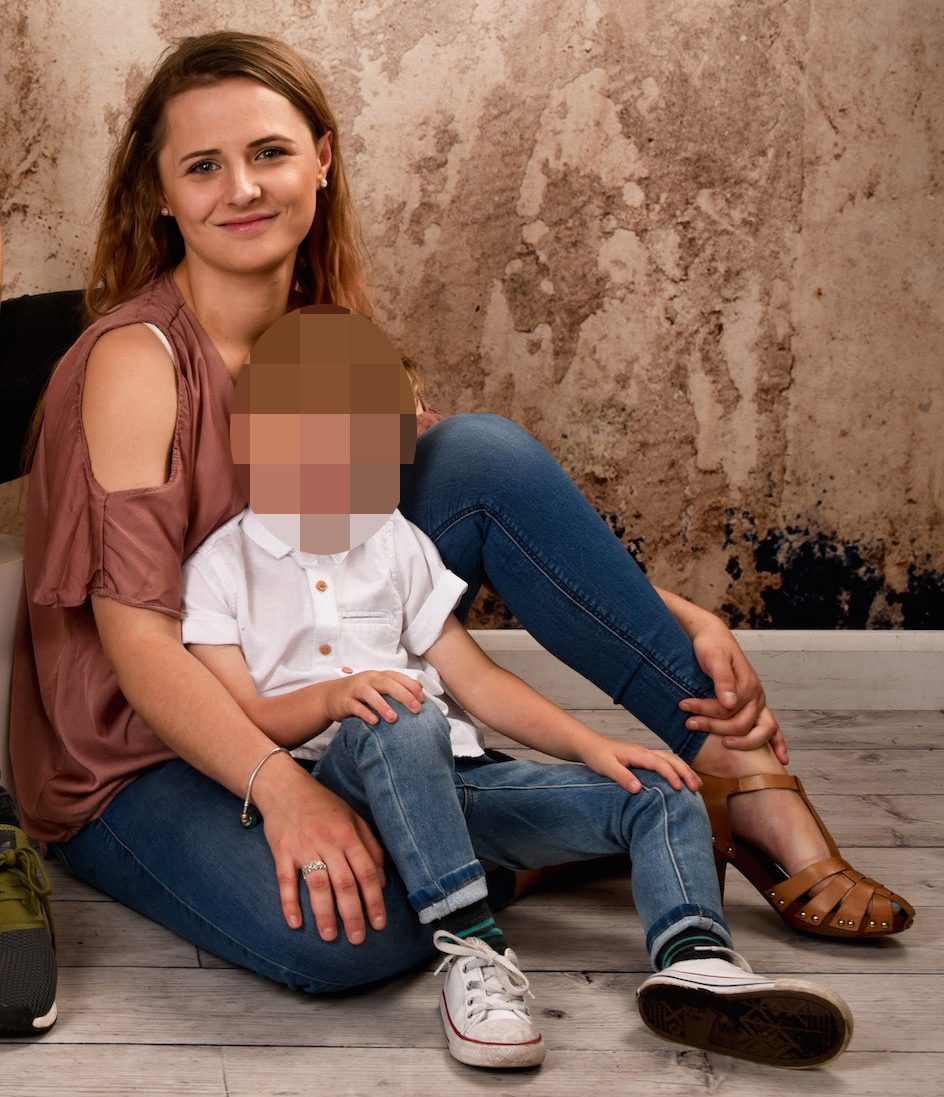 Despite being terrified of Gerard, in August 2017 Oriana managed to convince him to move in with a mate, saying she needed to concentrate on her son, and finally dumped him that November.

But he was furious, sending Oriana multiple death treats by text before buying £2,500 worth of stuff on eBay on her account.

People might not realise they're in an abusive relationship. I would have left much sooner if I had known it was abuse

At 7am the next morning, the thug broke into his ex's home and subjected her to a brutal beating.

Keaton pleaded guilty to criminal damage and ABH and was sentenced within days, but Oriana was still terrified to return home – fearing repercussions from others.

Here in Britain, domestic abuse is the biggest cause of homelessness among women.

This means many, especially women with kids, feel too scared to leave their abusive homes. 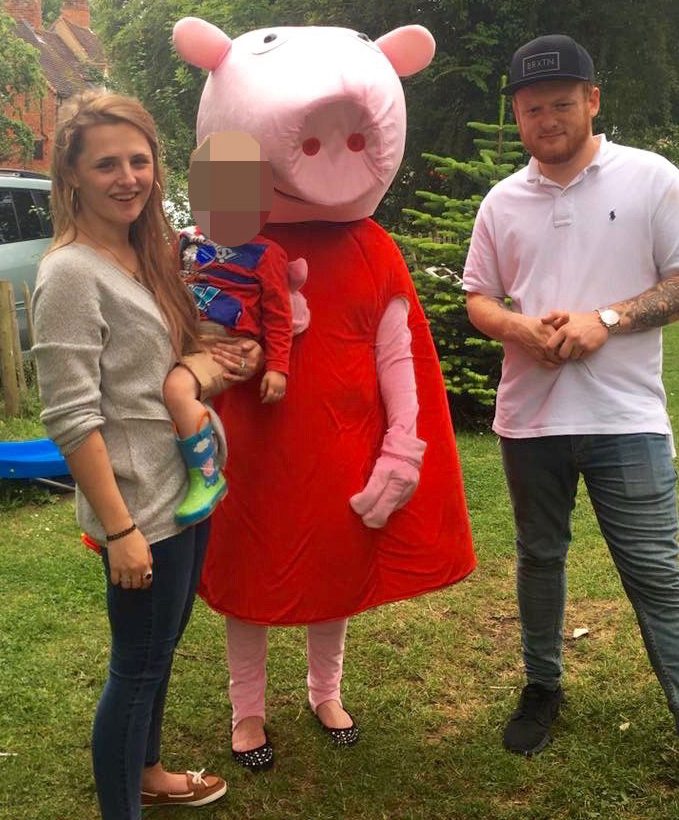 Reflecting on the new bill's promise to provide long-term housing for survivors, as opposed to beds in shelters, she said: "A lot of women are scared to leave, because they might not have anywhere to live.

"I think having more support to help people leave safely is a big step.

"I had a flat but I didn't want to go there because I was scared of my ex's friends and family showing up, as they had done it once or twice already.

"I was helped by my council to move, they did it within six months and offered me a free alarm, to help me feel safer.

"I was lucky, for those six months I was able to stay at friends' houses and my son stayed with his father.

"The thought of going to a shelter with my son really scared me, it worried me a lot."

HOW CAN I CHECK IF MY PARTNER HAS A VIOLENT PAST?

Clare’s Law, also known as the Domestic Abuse Disclosure Scheme, allows people to find out if their partner has an abusive or violent past.

She did not know he had a history of violence before they got together.

Under the law, people can apply to the police to find out if their partner has a violent past – and information will be released if there is a reason for concern.

Police can also contact women they are worried about, even if they've not been asked.

To make an application under Clare's Law, call 101 to speak to your local police force.

If you are in immediate danger, always call 999.

Domestic violence has more repeat victims than any other crime, with the average woman being assaulted 35 times before calling the police.

Oriana said: "I feel like there's a lot more that needs to be done.

"They do rehabilitation work with offenders in prison, but there's not enough continuing support when they come out.

"An abuser can easily come out of prison, wait a couple of months and find another women to use, then the cycle goes on.

"There’s a series of men leaving damaged girls behind from their abuse. They shouldn't be released until they can identify and change their behaviour.

"They can easily say 'I've changed' but there needs to be more monitoring when they come out." 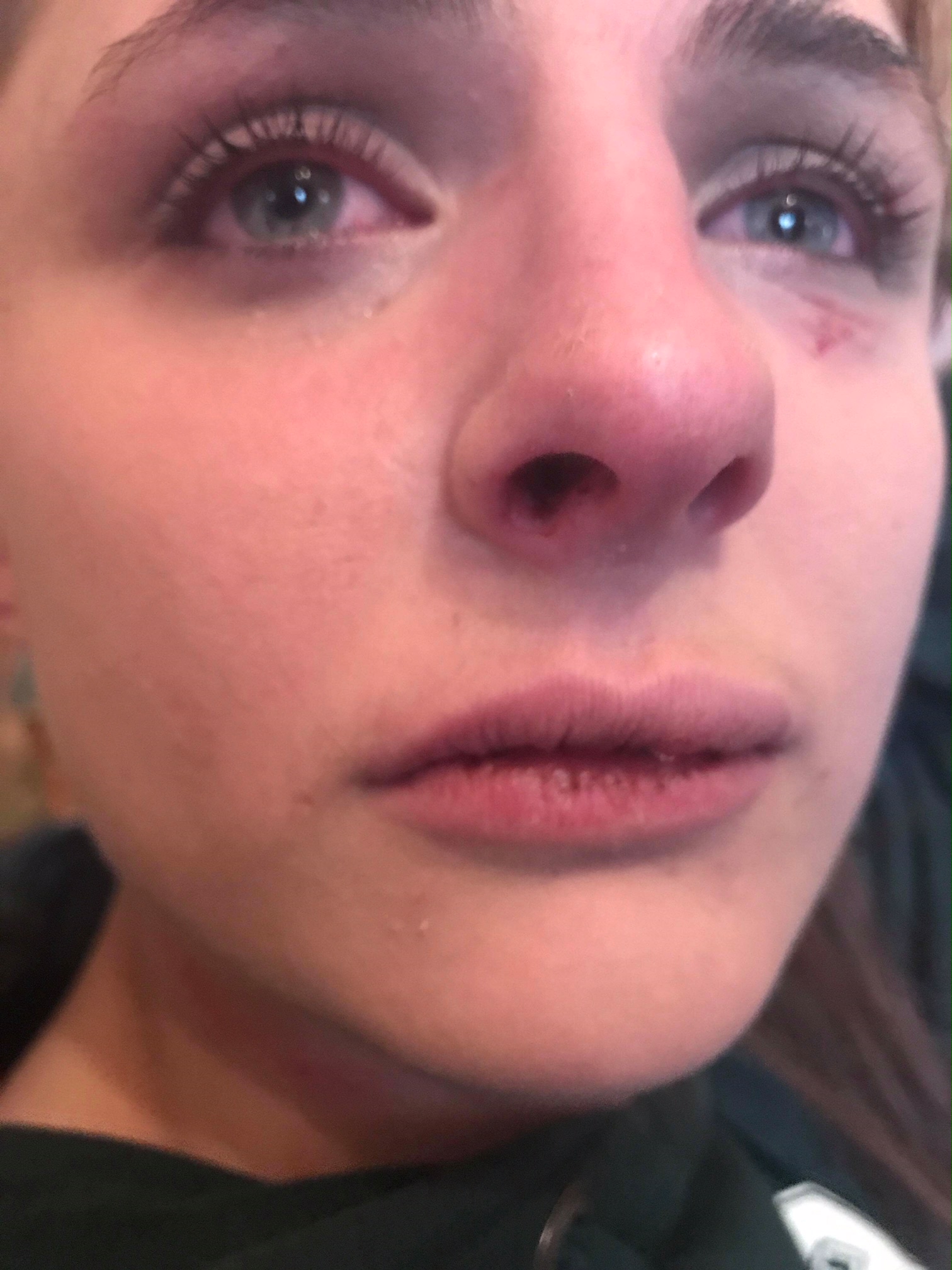 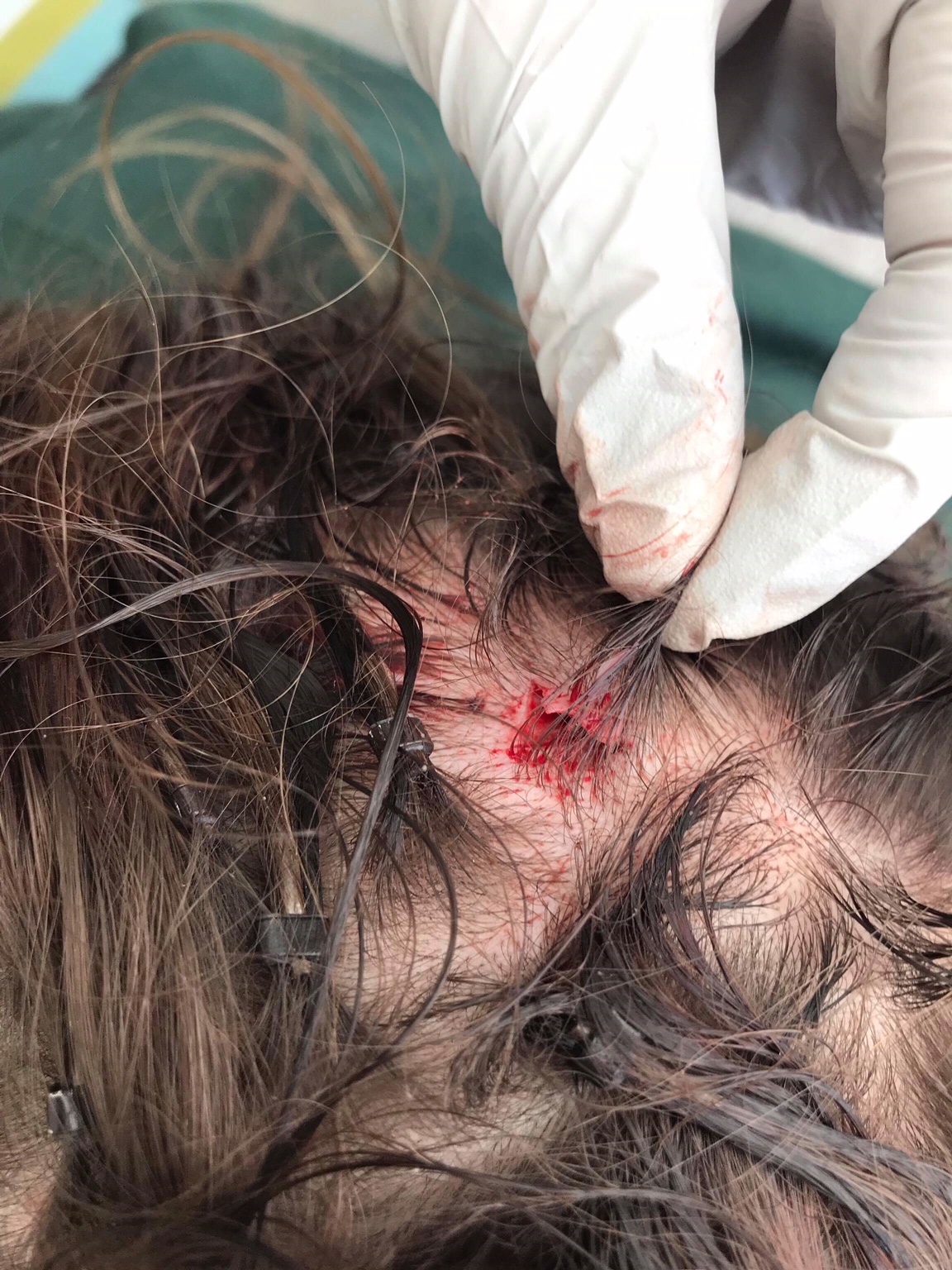 She said: "What the government's done is positive, it's raised awareness but it needs to be properly implemented.

"I want to see what the conviction rates look like and the sentence lengths.

"This could save lives, if people go to the police about coercive behaviour and they are convicted before things become violent.

"I hope more victims will be taken seriously and won't be afraid to speak out."

WHERE CAN I GET HELP?

You don't have to suffer in silence.

If you are experiencing domestic violence or someone you know is there are groups that can help.

The Domestic Abuse Bill was praised by survivors and charities today.

Sandra Hobley CBE, Refuge's Chief Executive, said: "This Bill, several years in the making, has the potential to create real change in the response to domestic abuse, providing the protection and support that women and children need and deserve.

"We look forward to working with the Government to strengthen the bill and ensure it becomes law with minimal delay. Women’s lives depend on it."