SHORTLY before 28-year-old Sammie Chapman died she held her mum Mandy's cheek close to her own and whispered one word: "Sorry".

Mandy, 57, believes Sammie, who had three children, was apologising for missing her first smear test aged 25. 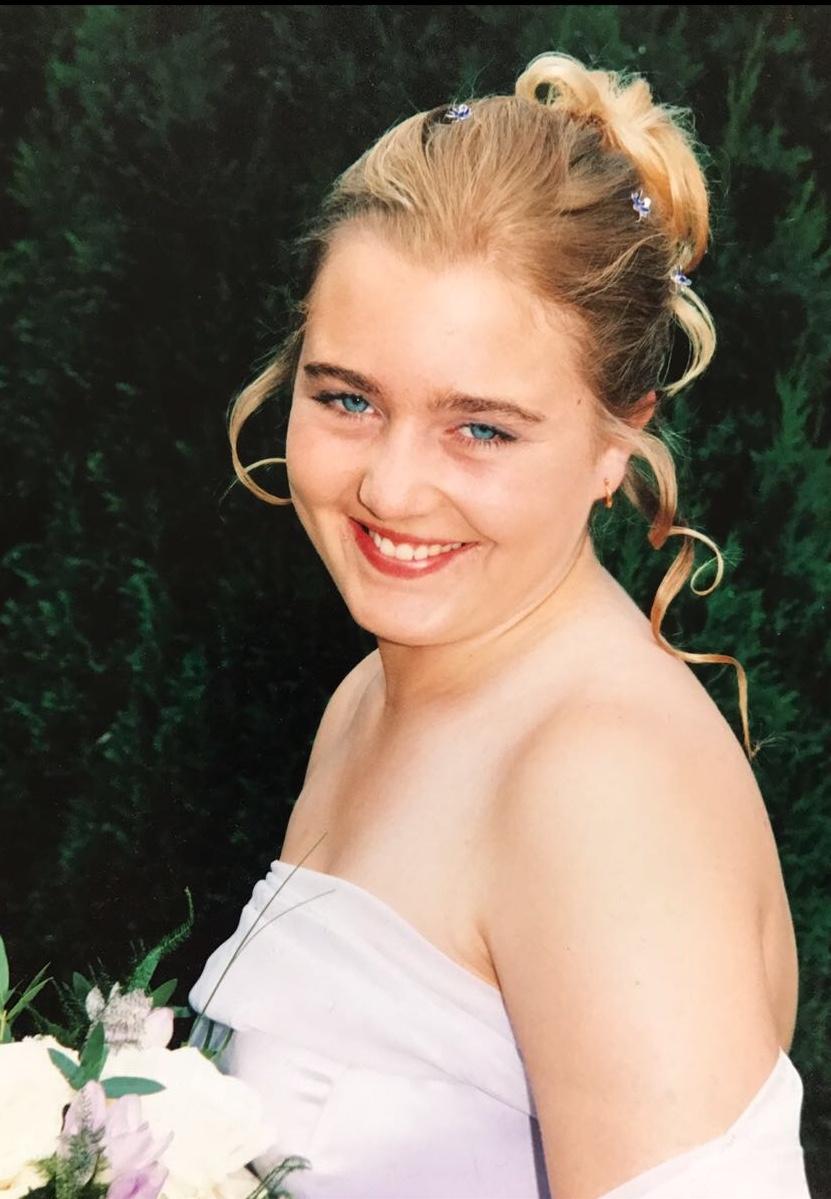 She ignored her GP's letter because she was too embarrassed to have a smear and two years later was diagnosed with terminal cervical cancer which had spread to her lymph nodes and womb.

"She died of shame," her mum said. "If I'd have known she had received that letter I'd have nagged her. As it is, she's dead and her children don't have a mum. I think she could have been saved if she'd only had that test."

Mandy Stephenson, from Shoreham, West Sussex, is supporting The Sun's #CheersForSmears campaign in conjunction with Jo's Trust who yesterday revealed young women are skipping cervical smear tests because they are too embarrassed to show their privates. As many as 81 per cent said shame put them off. 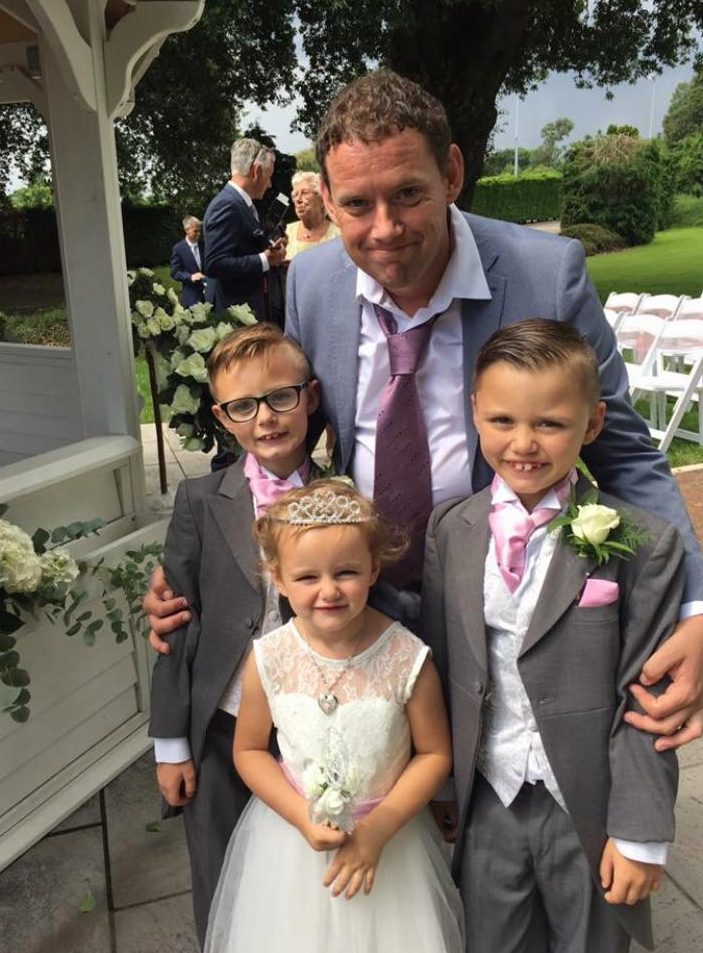 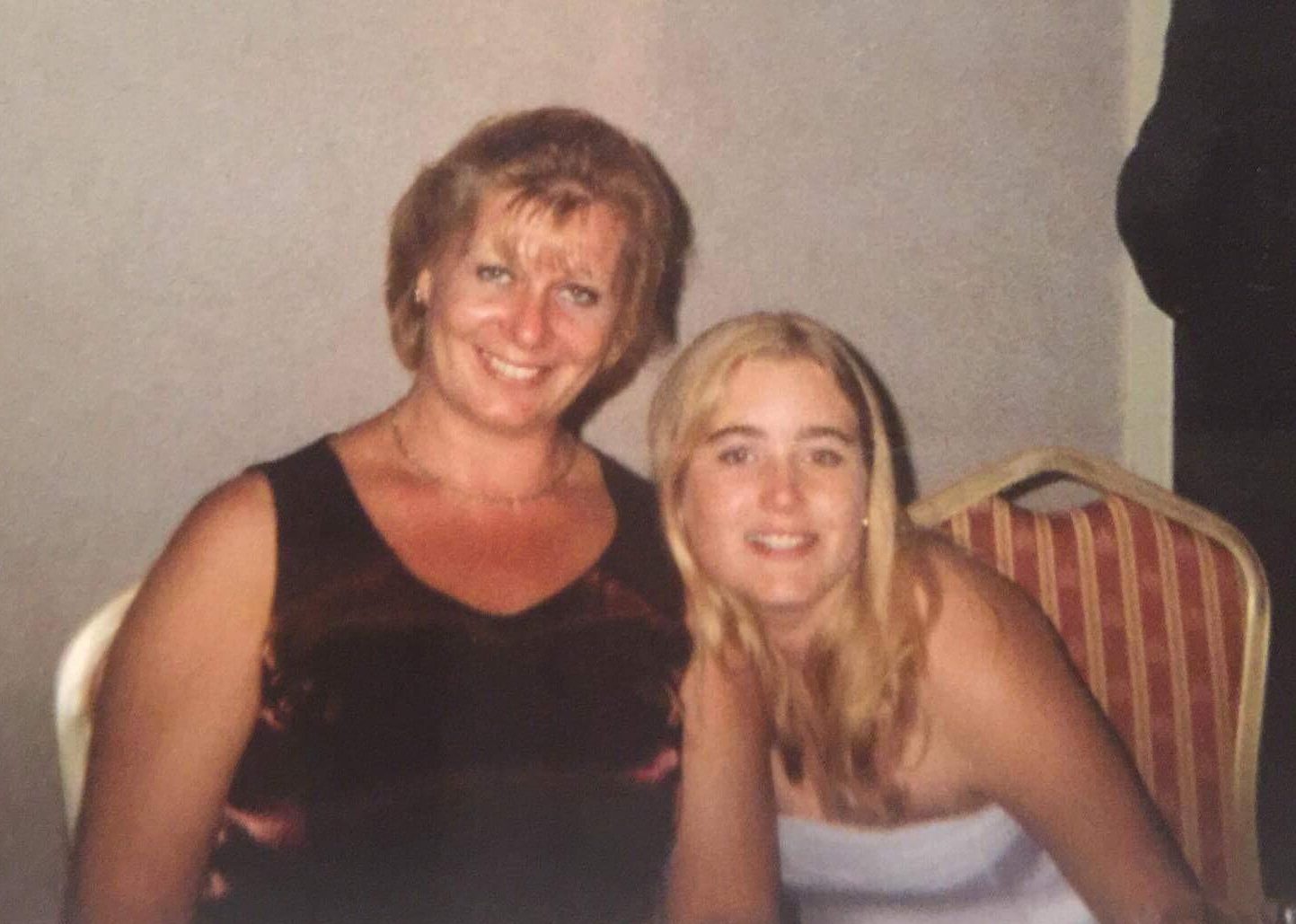 Sammie was the youngest of my three children.

Blonde-haired, blue eyed, she was a lovely young women. Outwardly confident and extroverted, on the inside, she could be shy and sensitive.

Aged 18, with a job in a supermarket, she was devastated when her dad Mark died suddenly at 44 of heart problems.

But soon afterwards, she met her boyfriend Colin, and fell in love. It was great to see her happy again.

At 20, she told me she was having a baby. Sammie and Colin had been talking about getting married one day – just hadn’t got round to it, yet. But now our family pulled out all the stops to organise a ceremony.

In June 2009, at five months pregnant, she married. 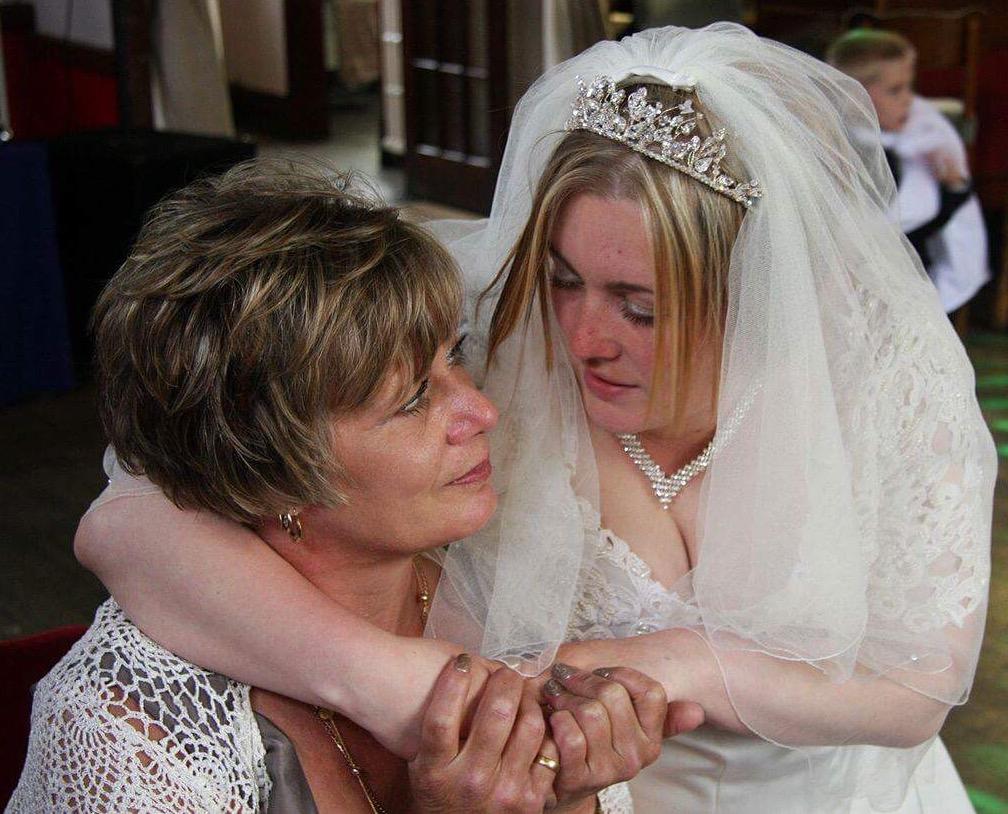 Her son Bryan was born in October that year. Sammie had always been very good with kids and adored being a mum. She went on to have two more children – Leland in November 2010 and Delisha in July 2012.

The two of us were very close, meeting up several times a week and speaking on the phone daily.

That’s why  I can’t believe she didn’t tell me she’d got a letter saying she needed to go for a smear. I wish she’d gone. It’s five minutes of uncomfortableness. It would have saved her.

Sammie was 27 when she started complaining of lower back pain, and began to get some “spotting” between her periods.

She went to her GP, but telling me about the appointment later, she said: “They tried to do an internal examination, but there was too much blood, and they couldn’t.”

I didn’t say anything but I was concerned. 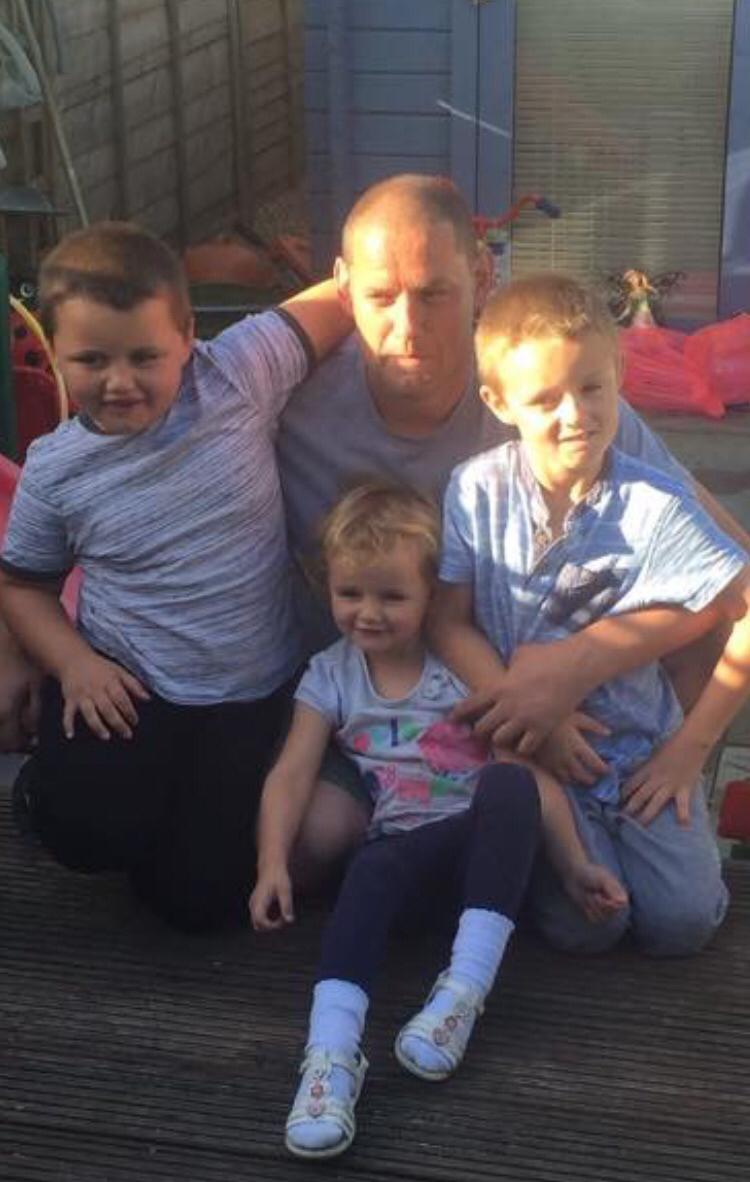 On March 17 2016, when she went for an appointment in Southlands Hospital, Shoreham, West Sussex, both Colin and myself went along with her.

At the hospital, the consultant tried to take a tissue sample. But Sammie found it too painful. She was referred to Worthing Hospital for a biopsy under general anaesthetic.

Before we left, the consultant told Sammie: “It’s probable that you have cervical cancer.”

But after some initial tears, Sammie somehow found a way to keep her worst fears at bay.

She died of shame. If I'd have known she had received that letter I'd have nagged her. As it is, she's dead and her children don't have a mum

She told me: “I won’t think about it, or worry about it, until I know for sure.”

Three weeks later, following a biopsy and scans, we learnt Sammie had adenocarcinoma of the cervix, which had already spread to her womb and nearby lymph nodes.

Her tumour was too large and too close to other organs, for surgery to be possible.

Instead, she was offered chemotherapy with simultaneous radiotherapy.

She needed to tell the children something, so she said: “Mummy’s going to be poorly for a while. But after that, I’ll get better, and we’ll go on a lovely holiday.” 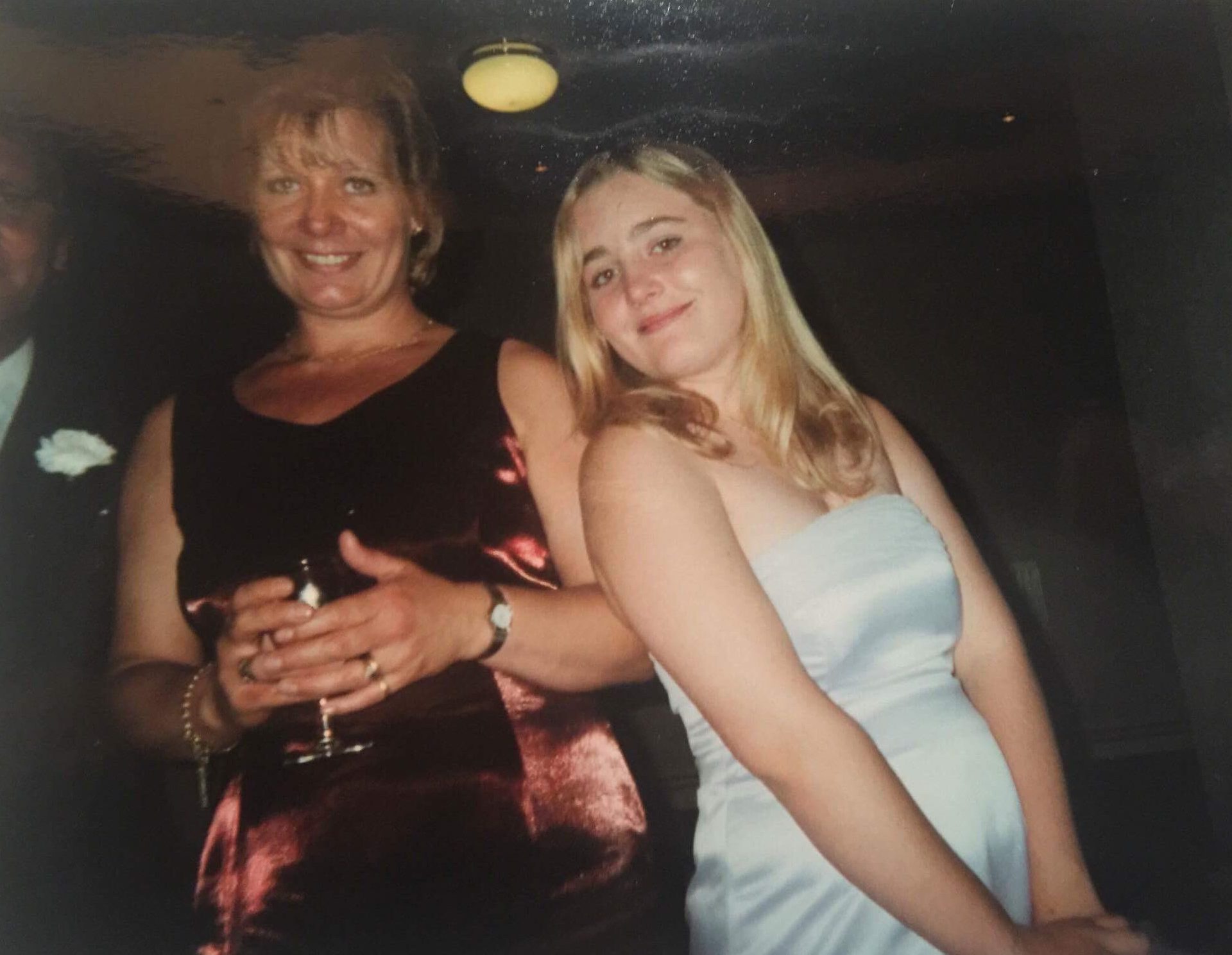 As Sammie waited for the results of scans and tests before she could start treatment, family and friends began fundraising, to pay for a trip to Disneyland Paris.

Meanwhile the pain in her back was getting worse and worse – the pain relief she was given, didn’t seem to touch it. But she tried her best to keep life as normal, as possible for the sake of the children.

In July 2016, Delisha had her fourth birthday party. Seeing Sammie organising party games and helping her little girl blow out candles on the cake, a stranger would never have guessed that she was fighting cancer. The chemo she was having didn’t cause her to lose her long hair.

In August 2016, at Royal Sussex Hospital, she had the procedure to put implants into her cervix for brachytherapy, a form of high-dose radiotherapy.

But during the op, surgeons found a blood clot on her lung.

Sammie had been hoping to come home soon after the procedure, but now she was too poorly to leave the ward, and it seemed like she was going downhill. She was in constant agony with her back, and now so weak, when she had a bath, she couldn’t stand up and get out of the tub.

Our family drew up a rota, so one of us was with Sammie as often as possible.

On August 22, 2016, after more scans, it was discovered that her cancer had now spread throughout her upper abdomen, chest and neck. The consultant estimated she had perhaps 18 months left to live, with treatment. But he didn’t tell her that – instead he informed Colin and me, saying he thought it might best if the news came from a member of the family.

I will never forget having to tell my daughter: “Sammie, I'm sorry, but your illness is terminal.”

But she barely reacted – I’m not sure whether she was trying to protect me by hiding her pain, or whether the news was so awful, she just couldn’t take it in.

She took my cheek to hers and, very weak, she said: “I’m sorry”. I think she was apologising for not getting a smear. She knew it had caused her death.

More blood clots appeared in her legs, and her kidneys began to fail.

On August 26, 2016, Sammie was moved from the hospital to St Barnabas Hospice, Worthing. Because we had been told she might have 18 months left to live, we thought she was just going for her pain medication to be sorted out.

But the hospice doctors told us that in fact the end was very near – just days away.

The hospice cared for her with great compassion and skill as all her family and friends came to say goodbye. 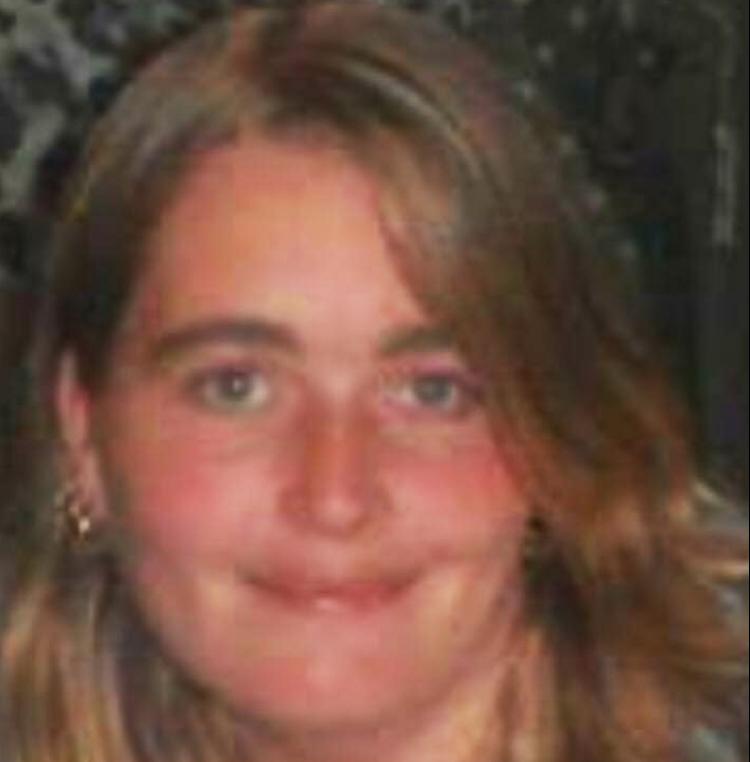 Soon after that, she lost the ability to speak, and could only communicate by blinking.

Three days after she arrived at the hospice, Colin wasn’t sure whether to go home that night, to be with the children. He asked Sammie: “Do you want me to stay?” She blinked twice to say no. He asked: “Would you prefer me to go home?” She blinked once to say yes.

I remained at her bedside along with my daughter Tanya, my son Shaun and his now-wife, Sam.

In the early hours of August 29, 2016, Sammie slipped quietly away. She was just 28 years old and had been diagnosed with cervical cancer five months earlier; her children were six, five and four years old.

We told the kids: “Mummy has got angel wings, now.”

Sammie’s funeral and cremation took place on the same day that her youngest child, Delisha, started school. None of the children were at the ceremony because they were too young . they did set free some balloons for their mummy later in the day.

How we can make a difference

In many surgeries, smear tests are only available at certain times or days, making it difficult for some women to book an appointment.

That’s why #CheersForSmears is calling on GPs to offer more flexible screening times and make testing available outside of office hours and at weekends.

We also want employers to play their part in helping to ensure that their female employees can attend potentially life-saving cervical screenings if they are unable to get an appointment outside of working hours.

Help get your employer involved by emailing info@jostrust.org.uk.

The Christmas after she died, her husband and their children did take a trip to Disneyland Paris, paid for by the fundraising. They were joined by myself and 11 other close relatives, who all paid for ourselves.

Losing her has devastated our family – there are no words to describe our pain. We carry her in our hearts, and some of us have also had tattoos to mark her passing.

I didn’t know it at the time, but it turned out that Sammie had been offered her first, routine smear test, to detect the abnormal cells that can be a warning of cervical cancer, when she was 25 years old – three years before her death.

But she never went.

Apparently she told Colin at the time: “I don’t like the thought of having it done.”

She did need that test. It tortures me that even then, she might well have had the cell changes that are the very early signs of cervical cancer – if only it had been detected and caught, she would still be here.

If I’d known about her smear test appointment, like any concerned mum, I’d have nagged my daughter until she went to the doctors. But she never mentioned it to me.

You can help us spread the message by joining in on social.

We're asking women to share a photo with a pair of knickers and the hashtag #CheersForSmears tagging the women they love in their life, to remind them to get tested on time.

Cervical screenings save 5,000 lives every year – but let's make that number higher!

It’s too late to save our girl now, but I hope that by telling Sammie’s story in The Sun I can raise awareness and save other women and their families from the same fate.

Nobody likes having a smear test. It’s very intimate. But young women like my daughter are dying of embarrassment.

If they don’t go to their smear test, but have cervical cancer, it may not be detected until the symptoms are showing and it is too late to save them.

My message is this: if you’re given a smear test appointment, go for it.

Those five minutes of embarrassment and slight discomfort could save your life. That’s why I am supporting The Sun’s #CheersforSmears campaign.

Millions of women risk cervical cancer as they shun smear tests in record numbers – know the signs of the silent killer.

Jade Goody’s dying wish has been denied as money for her sons vanishes, Jack Tweed claims.