A DOTING mum has given her dinosaur-obsessed toddler an incredible Jurassic inspired bedroom, complete with a hand-painted wall mural and leafy wall art.

Robyn Emily, shared her two-year-old's new room online and revealed it was now her favourite room in the house. 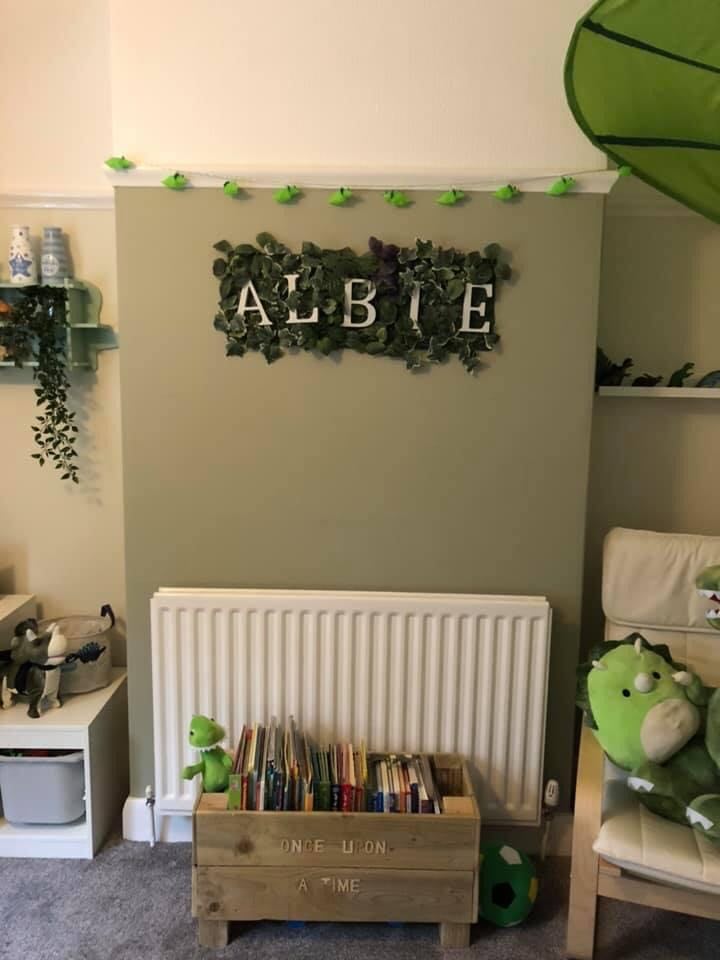 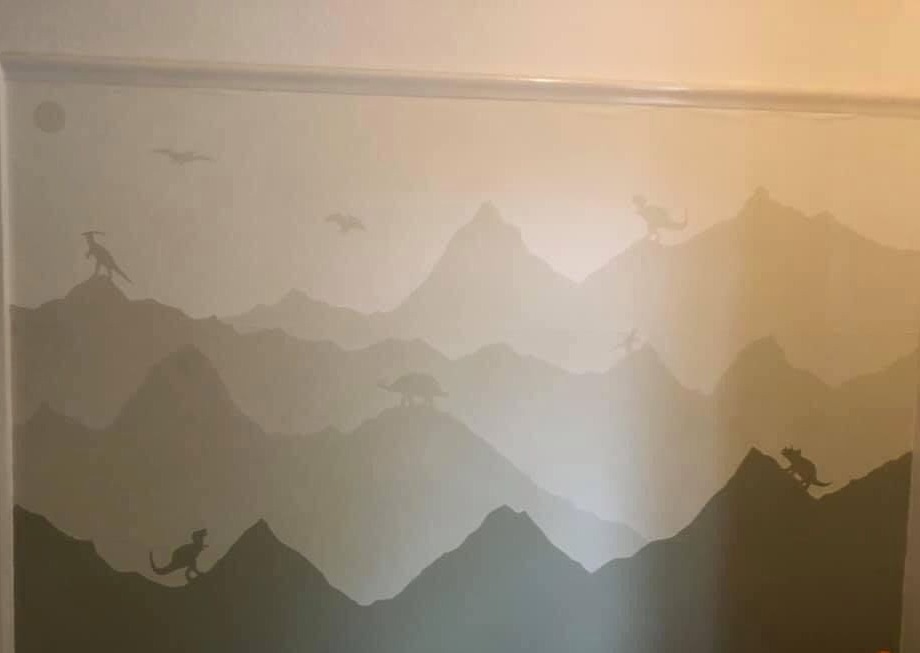 The room is decorated in various green hues and features a selection of dinosaur toys, books and decorations.

The best part by far, though, is the incredible mountain-esque feature wall which features little dinosaurs climbing the cliffs.

"It’s taken blood sweat and tears, freehand drawing and then painting the mural but so proud. Definitely my favourite room the house." 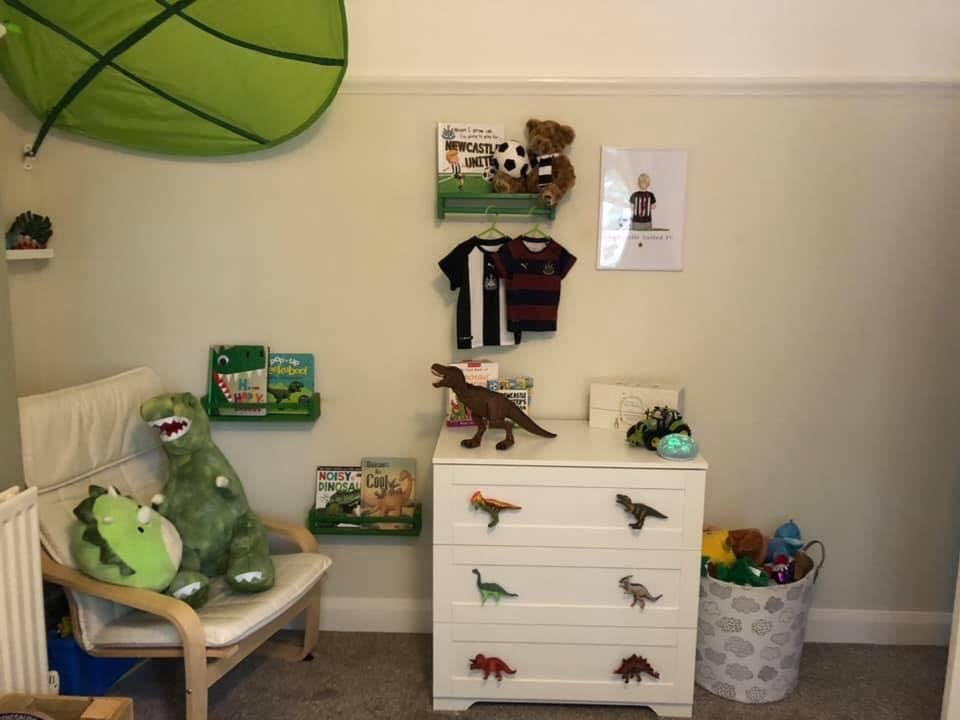 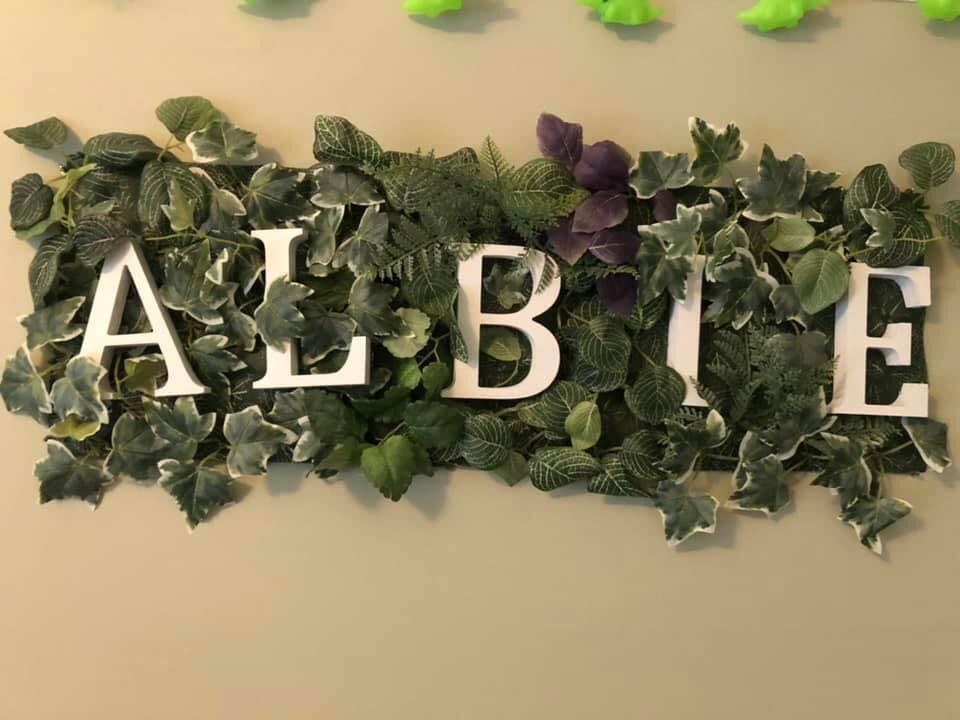 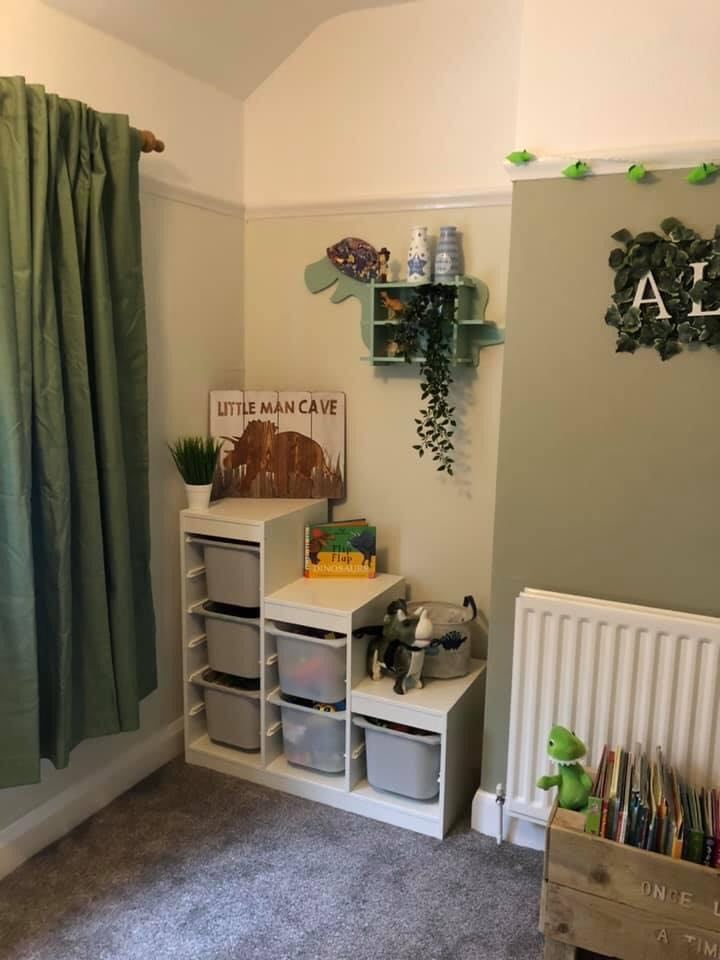 Other members off the group were blown away by the mum's handiwork, and praised her for her incredible efforts.

The overall room was a hit with DIY fans online, with some parents saying it'd be perfect for their own little boy.

"It's beautiful , you've done an amazing job," one person wrote. 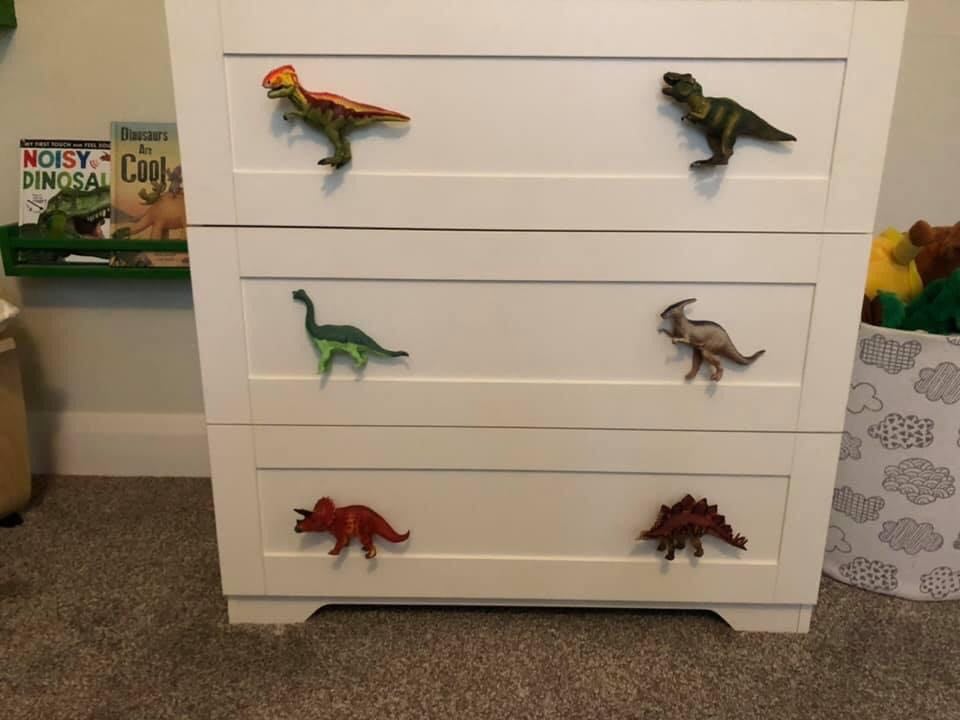 And another shared: "That's brilliant. My grandson would love that room."

A third admitted: "My little boys is obsessed with dinosaurs too and I’d love to give him a room like this but I just ain’t that good at decorating haha."

While a fourth said: "Amazing! My son was obsessed with dinosaurs by age 2, he’s now nearly 8 and still just as obsessed!"

For more inspiration, a savvy mum shares ‘easy’ epic dinosaur room she made for her kids and the bed even has its own slide.

And parents build amazing Jurassic Park themed bedroom with a Jeep bed for their son.