IF you do something for long enough you rarely give it a second thought.

And that was the case for one mum who revealed she's always stored her veg in the crisper – but has only now spotted a sticker in her fridge warning her against it. 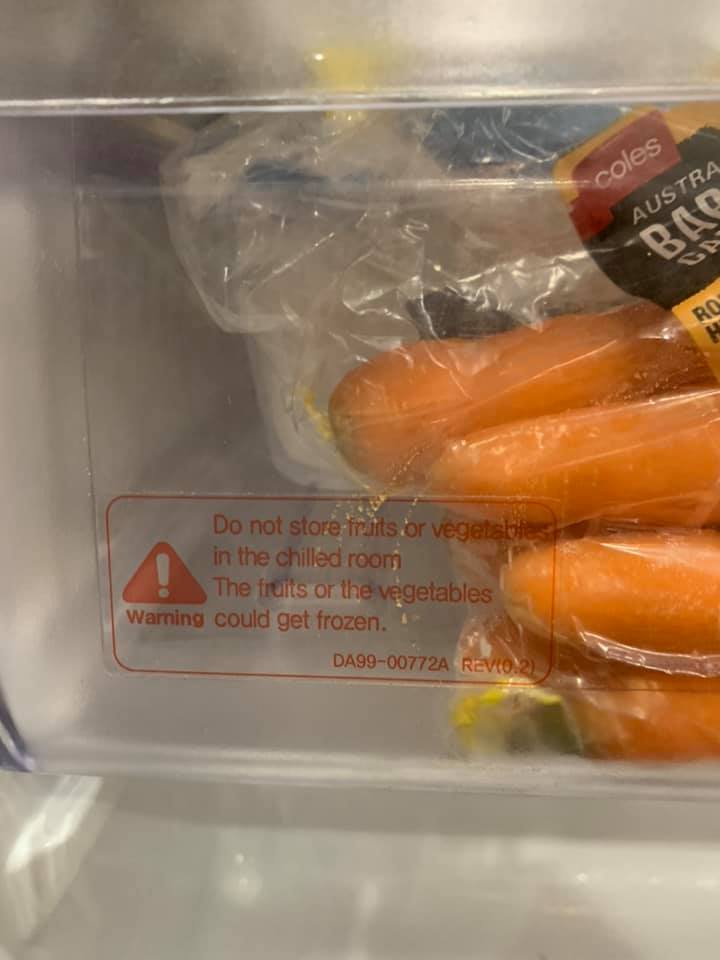 Posting in the Mums Who Clean Facebook group, she shared a snap of the inside of her fridge with a bag of carrots in the crisper.

At first glance the image seems completely normal – as many people store their fruit and veg this way.

But the mum pointed out a small warning sticker that warns against storing fresh produce in the "cool room", claiming they could end up frozen.

She wrote: "So I’ve been doing this wrong my whole life??"

I thought it was a vegetable crisper?

And it seems she isn't the only one.

The post has sparked debate about how to best store such items, with many saying they too have always used the drawer for veg.

"I thought it was a vegetable crisper?," one person questioned.

And another stated: "Yeh that’s what I use the drawer for too and mine used to always freeze up. I thought maybe I had the temps wrong then I bought a mat that helps keep your food fresh and that worked weird though glad I’m not the only one." 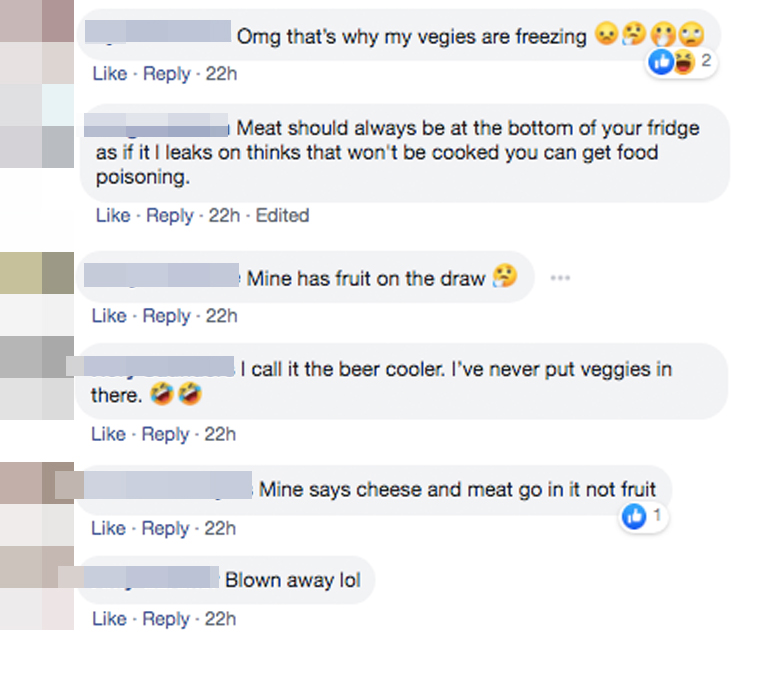 While another said: "Omg that’s why my vegies are freezing."

But others claim the drawer is meant for meats, not fruit and veg.

One person claimed: "Meat should always be at the bottom of your fridge as if it leaks on things that won't be cooked you can get food poisoning."

And another added: "I keep my meat in the bottom crisper – always colder and safest place for meat to be."

It seems others had a better use for the chilled drawer though, with many saying it's perfect for ice cold drinks.

"I call it the beer cooler. I’ve never put veggies in there," one shared.

And another admitted: "Mine get frozen in there. Fits a carton of beer perfectly though!"

While another said: "It’s the small goods drawer like salami and cheese. I’m sure your fridge has a dedicated veg compartment

But one mum pointed out that it probably depends on the fridge model with some having multiple compartments.

We also shared how one mum claims a tool kit is the secret to keeping her kids’ snacks organised in the fridge for days & others love her idea.

And a hyper-organised mum plans meals for the entire MONTH and even has a colour-coded spreadsheet to help.

Plus parents share clever ways they keep the kids cool in the heatwave – including a quick way to get the paddling pool warm.