A MOTHER was devastated to tell her four-year-old Disney obsessed daughter that their dream holiday to the Magical Kingdom in Paris was cancelled due to coronavirus. 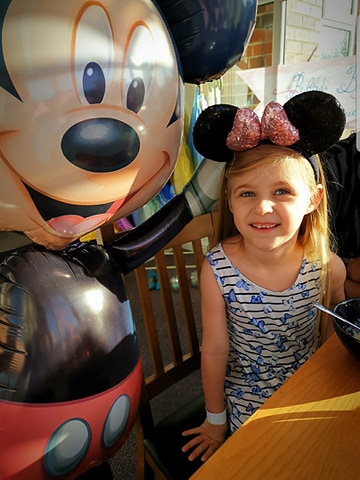 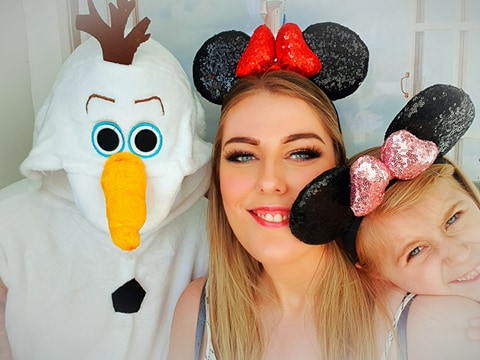 The part-time cleaner at Beefeater, 29, was also volunteering for night shifts working as security for the Premier Inn hotel, in order to still receive her full pay during the global crisis.

Abbie-Lee spent hours each night at work crafting Disney-inspired games such as “pin the tail on Olaf” as well as making Mickey Mouse headbands for her daughter to wear.

Abbie’s fiancee Craig Philipson surprised her and her daughter with a trip to Disneyland Paris for May Half Term as a Christmas present last year.

However the coronavirus pandemic forced their dream holiday to be cancelled and left the family devastated and heartbroken. 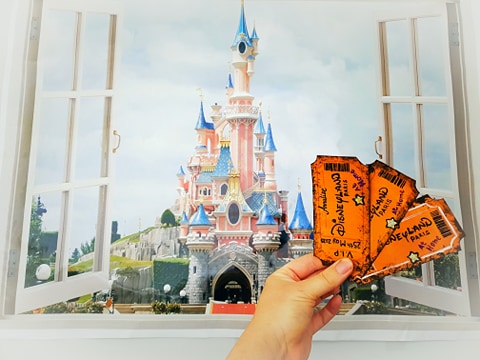 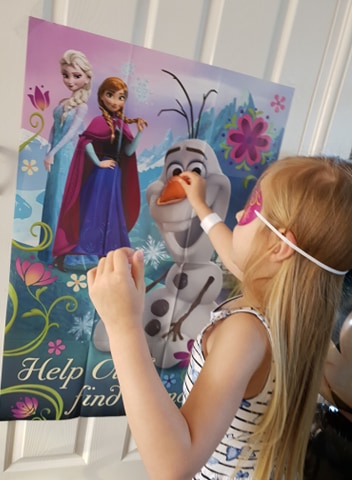 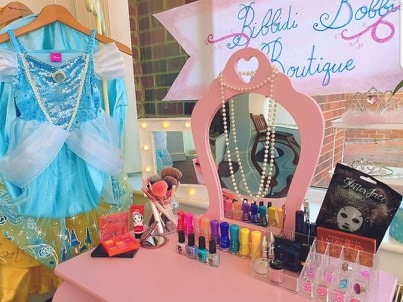 Abbie-Lee said: “Both Annalise and I were heartbroken by the news we couldn’t go to Disneyland. She had been talking about it since Christmas and was totally devastated.

“She kept asking if we will still go one day. I was desperate not to let our trip pass and was thinking about what I could for the worst case scenario.

“I started putting together a box full of Disney merchandise, ideas, crafts and games that I had made whilst volunteering as night shift security for Premier Inn hotel.” 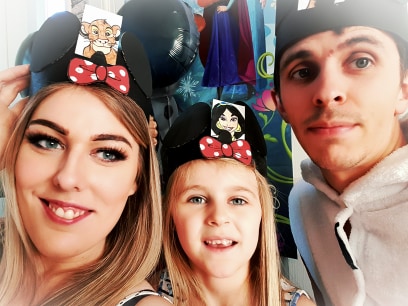 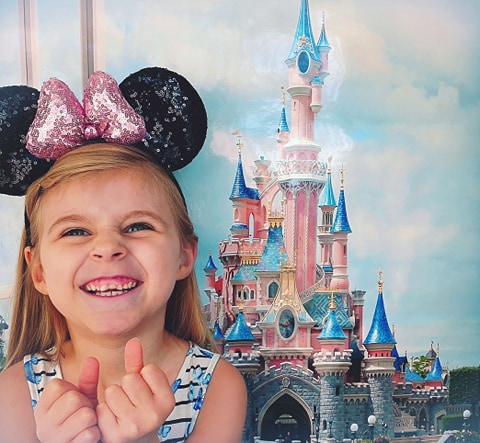 The mother was keen to bring Disneyland Paris to the family’s home in Tyne & Wear so thought of clever ways to recreate Breakfast with Mickey and a Beauty & The Beast Afternoon Tea as well as unique ways to enjoy the parades and incredible firework displays.

She repainted a Disneyland sign made from an old canvas, bought a wall sticker of the Disneyland Castle and arranged Annalise’s princess dresses and vanity table to create a home version of the Bibbidi Bobbidi Boutique experience.

Annalise was particularly looking forward to being transformed into an elegant princess with the help of her favourite Disney characters at Magic Kingdom – so Abbie-Lee brought the experience home.

The mother and daughter are huge fans of Disney so had been collecting things ready for their trip – such as autograph books and an array of Annalise’s favourite princess dresses. 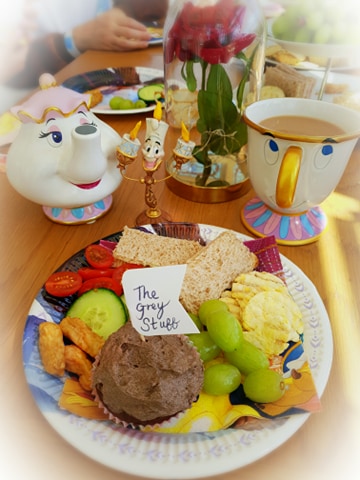 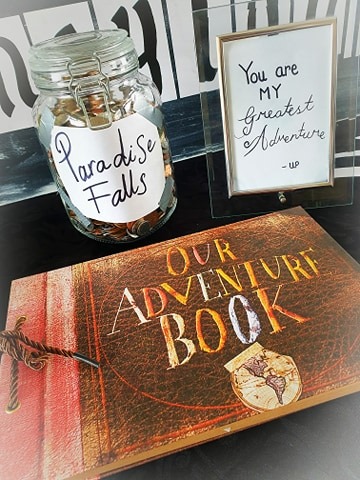 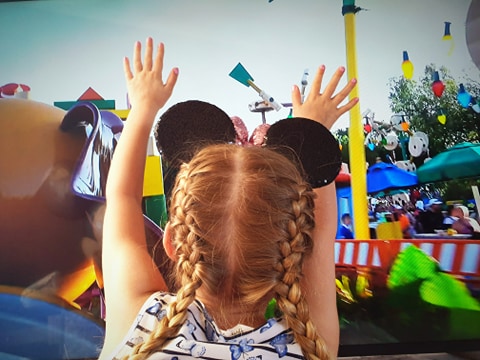 The mother said: “We arranged all of Annalise’s princess dresses beside her vanity table with a line-up of nail polish and makeup to recreate the Bibbidi Bobbidi Boutique experience.

“I spent time doing her nails, adding a little makeup and glitter to her face, styling her hair and she chose a princess dress to wear.

“She then gave mum and dad a makeover in return!” 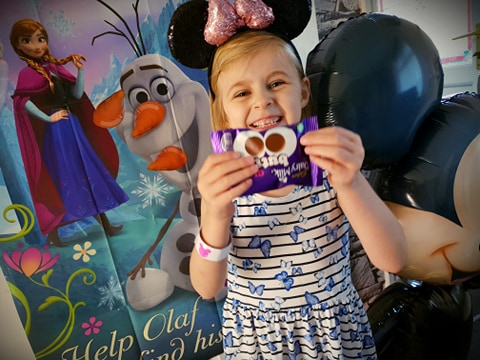 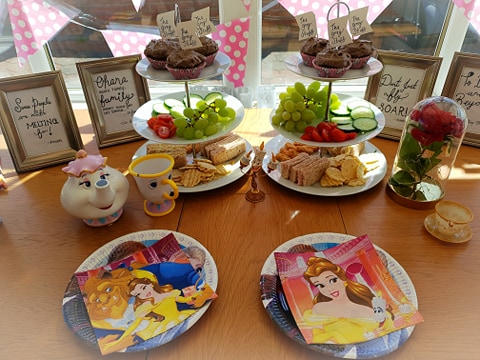 Abbie-Lee dedicated five weeks of hard work to make a full Disneyland experience in a box – all for £50.

She also purchased a Mickey Mouse air walker balloon, made Magic Kingdom tickets with wristbands and hung glittering Christmas lights around the house.

The parent said: “We spent a day making lots of Disney inspired treats too, such as Mickey Mouse cake pops, grey stuffed cupcakes and Alice in Wonderland Drink/Eat me treats.

“We enjoyed these with a Beauty and the beast inspired Afternoon tea set up and also recreated Breakfast with Mickey. 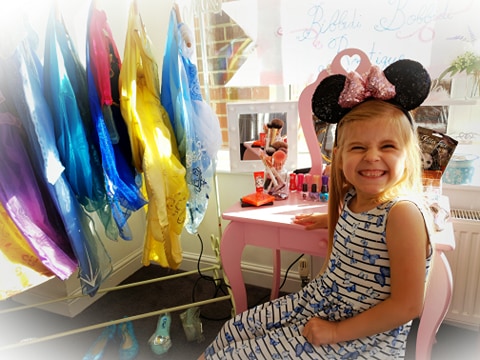 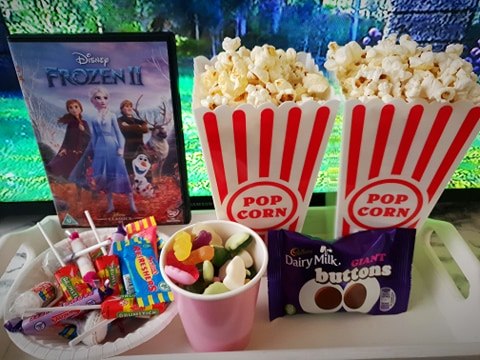 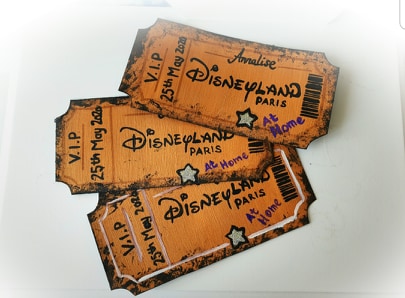 “We then used videos on YouTube to experience virtual rides, parades and fireworks, which we enjoyed whilst eating hotdogs and fries.”

The mother described watching the YouTube parades as “magical” and said her Christmas lights provided the perfect illusion of stars.

She snapped photographs as Annalise pretended to ride the rollercoasters and watched the fireworks in awe – before taking snaps of her daughter in front of the castle (wall sticker).

Abbie-Lee said it was a busy day the family will never forget – which ended with a viewing of Annalise’s favourite film. 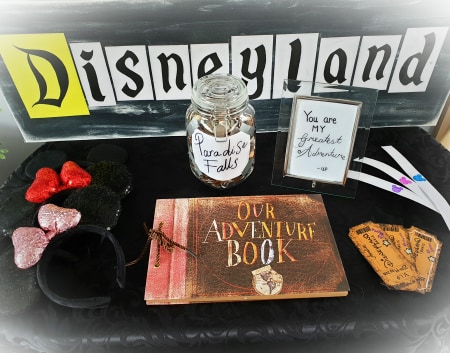 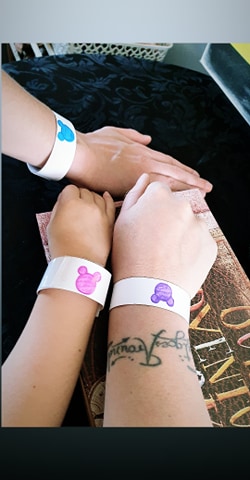 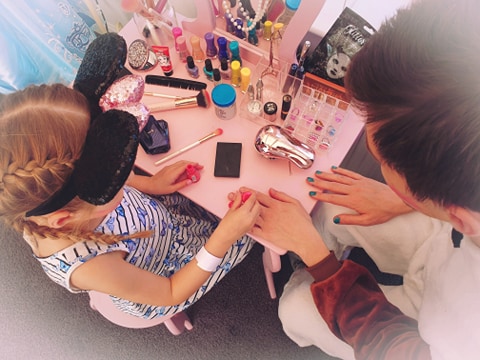 She said: “I also arranged for a couple of Princesses to send a personalised video message, to wish Annalise well.

“After that, we ended the day with popcorn, sweets and Frozen 2 on DVD.

“Annalise was overjoyed with her home Disney experience and said it was the best day ever.” 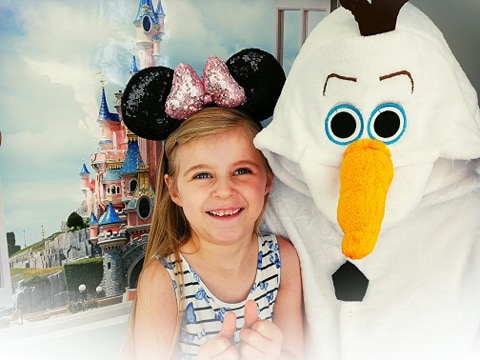 The family-of-three are now hoping to reschedule their dream holiday for next year.

After posting their Disney home creation on Facebook, the parents said they were shocked to see it went viral.

Abbie-Lee said: ‘so many families have been inspired by my post to now recreate the magic of Disney into their own homes.

“It makes us feel amazing to give a bit of hope to families like us that have been left feeling helpless and heartbroken in these current times.”