“Alex’s ability to simply be unaware of the judgment of others has always been intoxicating. Except when it’s embarrassing.” 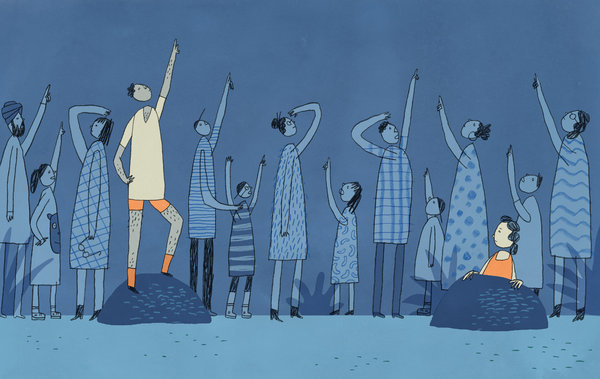 It was the Great American Eclipse of 2017 — the first total solar eclipse to cross the entire continental United States since 1918. Throngs of spectators gathered along the path to totality, from Oregon to South Carolina, to watch the moon blot out the sun for about two and a half minutes and the midday sky plunge into darkness.

When Kerry Egan arrived at a field in South Carolina to witness the spectacle, she was jolted by another sight: her 6-foot-1, 250-pound husband wearing “skintight, blaze-orange nylon shorts that fit like hot pants.” This embarrassing scene before Kerry — while the sky above seemingly turned inside out — became the basis for a revelation she had about her marriage.

Thoughts? Email us at [email protected]

Want more from Modern Love? Read past stories. Watch the TV series and sign up for the newsletter. We also have swag at the NYT Store and two books, “Modern Love: True Stories of Love, Loss, and Redemption” and “Tiny Love Stories: True Tales of Love in 100 Words or Less.”