Think again, because scientists have discovered that the best time to have your protein hit is just before bed. 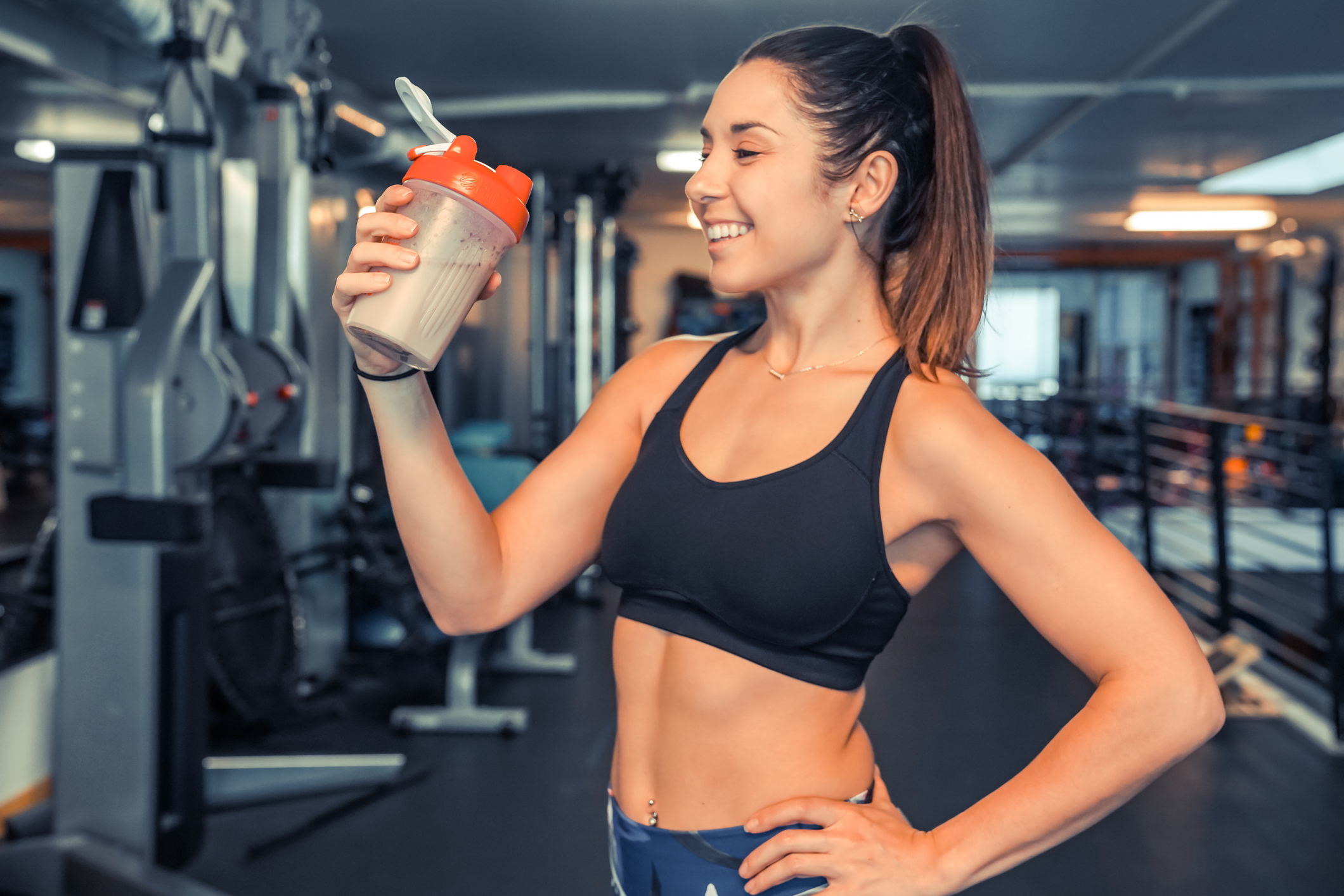 Drinking a shake just before you go to sleep has been found to increase muscle mass and strength.

In a new review of studies, experts have found that a late night protein hit doesn't increase body fat but does help with muscle gains.

According to Dr Tim Snijders, assistant professort at Maastrict Univertstiy, a number of studies have found that pre-sleep protein hits can increase muscle protein development.

His own 2015 study has been one of the most conclusive demonstrations of the power of pre-bed protein.

He put 44 healthy young men on a 12-week lifting programme.

Half were given a late night protein shake with 30g of casein (a type of protein derived from milk) and 15g of carbs every night, while the other half had an energy-free drink.

While both groups got stronger thanks to the weight lifting programme, the protein shake group gained significantly more muscle strength and size.

Another study then tested to see whether timing mattered when it came to protein consumption.

They got a group of gym goers to drink nightly shakes, and another to have morning shakes.

Again, the fat-free muscle gains of the nighttime drinkers was higher than the other group.

So why is a nighttime protein shake more effective?

When we train, our muscles get broken down and it's in the rebuilding of tissue that we get stronger and leaner.

Our muscles can only repair themselves when they have the right building blocks in place, and these come from the amino acids in protein.

They tend to do that when we're asleep and not using our muscles to move about.

Dr Snijders said that pre-sleep protein can be used to improve protein intake distribution over the next day.

And the crucial thing is that having this late night snack won't lead to fat gain – despite all the chat around late night calories being stored up.

"In the 8-week morning vs evening casein study, the additional consumption of protein calories did not result in any increase in fat mass despite the fact that exercise volume did not change," reported Dr Snijders.

"But again, these results should be interpreted with caution due to the low number of volunteers included.

"Supporting this, another group found in 11 young active men that a pre-sleep casein shake actually increased the rate of fat burning the following day.

"This might be because casein ingestion reduces the insulin response to subsequent meals, which pushes your body to use more fat."

In other words, pre-bed casein shakes can actually help you to burn more fat.

Oh, and it won't affect your sleep either.

You might think that a late night snack would make you more alert because you're getting a little spike in energy but the studies don't seem to back that up.

"It has been consistently shown that pre-sleep protein ingestion has no effect on sleep onset latency or sleep quality," Dr Snijders concluded.

The studies so far have all been pretty small so more research is needed with studies being conducted on much bigger groups of people.

But there does seem to be enough evidence to suggest that a pre-bed shake is worth a try – especially if it's a choice between having a 10pm shake or a 10pm glass of wine or chocolate bar!