When it comes to royal headwear, you’re probably expecting hats and fascinators. However, Kate Middleton’s Christmas outfit flipped the script a bit on what royals typically wear to church, and it was so good. Kate Middleton’s Christmas headband is definitely a different piece for the duchess when it comes to church attendance, and it turns out that the burgundy and black headband could be yours, too. It’ll just cost you a pretty penny.

According to Elle, the headband that Middleton wore to she and her family-in-law’s traditional Christmas Mass is from Jane Taylor London. The accessory is described as a "Halo Band" meant to embody the look and feel of a classic 1930s design. The burgundy piece features a thick band with delicate bows in the back. It was a perfect choice to compliment Middleton’s ensemble.

After all, the Duchess of Cambridge did go totally monochromatic for the day. Like her sister-in-law, Meghan Markle, both women chose to wear a single color for the walk to church with Markle in navy and Middleton in burgundy. Everything from Middleton’s shoes to coat to bag and hat were in a similar crimson hue, and honestly, she may have just looked the most festive out of the bunch. 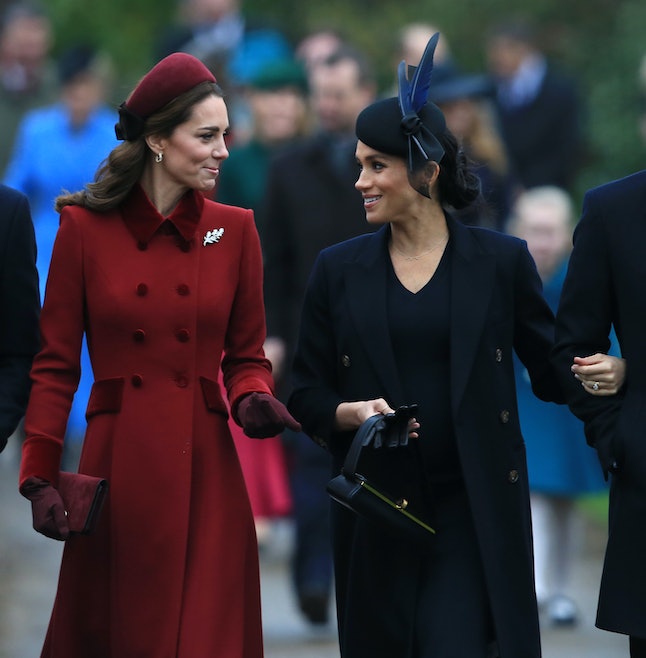 If you’re totally smitten with Middleton’s headband, there’s good news and some bad news. The good news is that you can actually buy the piece from Jane Taylor London and pretend you’re a princess this winter. The bad news? The accessory is a cool $1,089 according to the designer’s site. 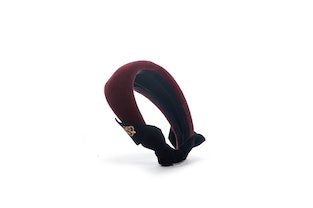 Maybe you’ll just have to settle for another type of festive headband for now? 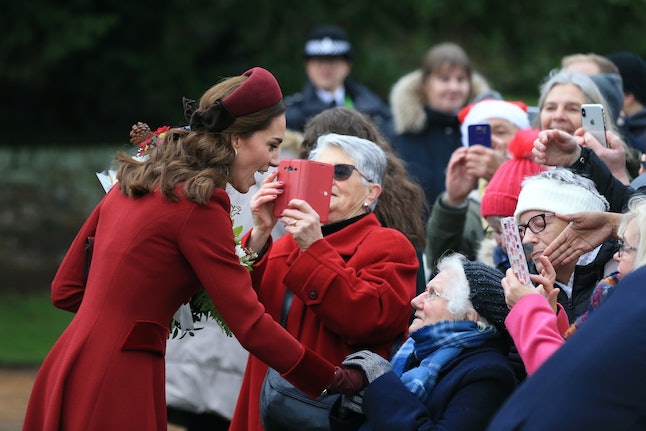 Middleton’s pricy but perfect headband does have another notable feature, though. It’s similar to another styles she’s been wearing lately. In recent weeks, the Duchess of Cambridge has been accessorizing her hair in a way that would make Gossip Girl‘s Blair Waldorf proud.

A few weeks ago when she visited the Leicester City Football Club’s King Power Stadium where she and Prince William honored those who lost their lives in a helicopter crash. At the event, she pulled her hair back into a ponytail and accessorized with, you guessed it, a velvet bow like the one from her Christmas headband. 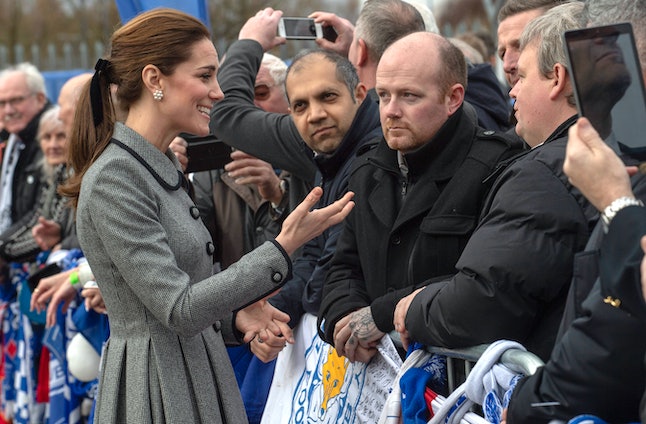 Prior to that visit, on the day that she and sister-in-law Meghan Markle wore matching burgundy outfits, Middleton again chose to wear the black velvet bow in her hair. The simple piece may just be becoming a staple for the duchess, and it’s perfect for her classic and feminine style. 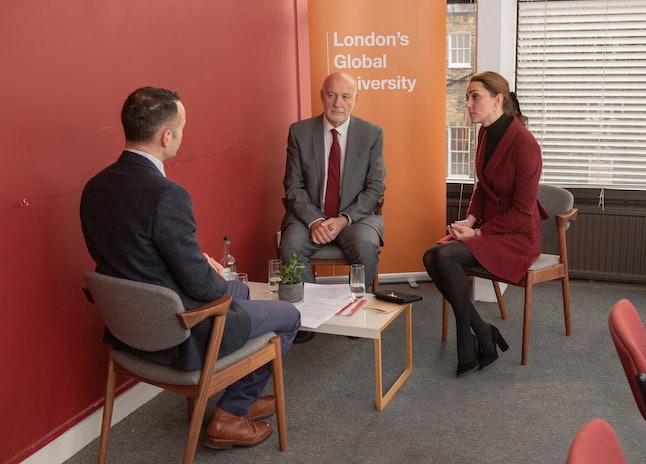 With her Chistmas look, Middleton’s comparison to Blair Waldorf’s styling may just be complete thanks to that headband. After all, the Gossip Girl character was known for her always fashionable choice of headwear.

Unfortunately, Middleton’s Christmas headband may not be in range for people price wise with it’s $1000 tag. However, it does serve as some serious festive holiday inspiration. If you’re getting ready for your Christmas dinner with family or even planning your New Year’s Even ensemble, a headband could just be the way to go thanks to Middleton.