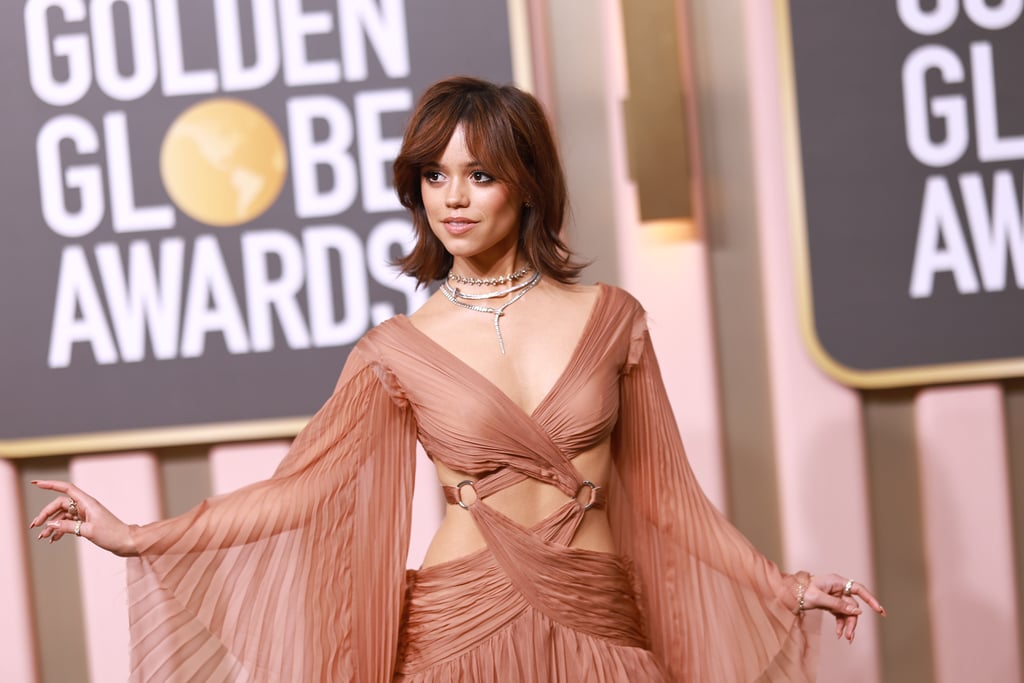 Jenna Ortega looked nothing short of ethereal for her Golden Globes debut. The “Wednesday” star arrived to the Jan. 10 award show wearing a tan Gucci gown that was a noticeable departure from the black-and-white color palette she’s been sticking to on her recent press tour. The dress was made of flowy pleated material and featured a criss-crossed bodice with several abdomen and back cutouts held together by metallic rings. She made sure to show off the long, sheer sleeves while posing on the red carpet.

With input from stylist Enrique Melendez, Ortega accessorized with silver platform sandals and Tiffany & Co. jewelry, including three stacked silver necklaces, gold earrings, several rings, and a diamond bracelet. She wore her newly chopped hair subtly flipped up at the ends and kept her makeup natural for the evening, simply opting for rosy lips, thick eyelashes, and blush eye makeup.

It’s sure to be a big night for Ortega, whose lead role on “Wednesday” earned her a nomination for best actress in a TV series, musical or comedy. She also took the stage during the ceremony to present the awards for best original score and best original song. Read ahead to see all the photos of her Gucci dress on the red carpet, then catch up on every other stylish celebrity look at the Golden Globes.