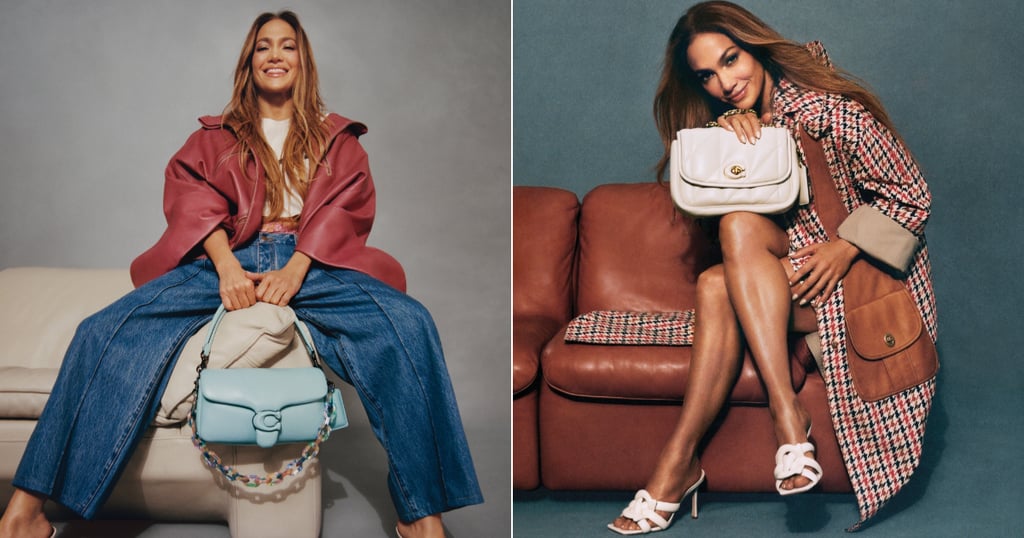 As POPSUGAR editors, we independently select and write about stuff we love and think you’ll like too. If you buy a product we have recommended, we may receive affiliate commission, which in turn supports our work.

Jennifer Lopez proved she’s one of the coolest mamas out there in the new Coach campaign in a ’90s-inspired outfit. The singer starred in the brand’s “I Got It From My Mom,” campaign for Mother’s Day, clad in a crop top and a pair of pink boxers with jeans. The campaign, which was shot by Joshua Woods, celebrates the “role mother figures play as mentors, muses, and sources of style inspiration,” according to the press release. Other stars in the Coach family who posed for the shoot alongside their loved ones include Noah Beck, Tommy Dorfman, and Jessica Kelly.

In the campaign, J Lo was seen wearing two different outfits. First, a white crop top that had “Coach” written in black along the front paired with wide-leg jeans. She also threw on a pair of pink boxers peeking above her jeans, heralding the return of a popular ’90s style as the trendsetter she is. The star also showed off the brand’s new sought-after Pillow Tabby bag ($495) in a soft baby blue color. Lopez posted a closer look at her nostalgic “Jenny From the Block” inspired look with the caption, “I got it for (and from) my mama 😍💕” Later, she switched into a more classic look comprised of a herringbone trench coat styled with white heels and Coach’s Madison Shoulder Bag ($495) in white.

This isn’t the first time the award-winning singer has starred in a campaign for Coach. She was chosen as the New York-based luxury brand’s new face in 2019, and has since starred in several of Coach’s ready-to-wear and accessories campaigns. Even her kids, Max and Emme, and her mother Guadalupe Lopez, have joined the star in previous shoots. Get a closer look at the campaign imagery ahead.