Camilla and Prince Charles made several virtual calls from the stunning room this month, which is decorated with treasured paintings, family photos and ornaments. 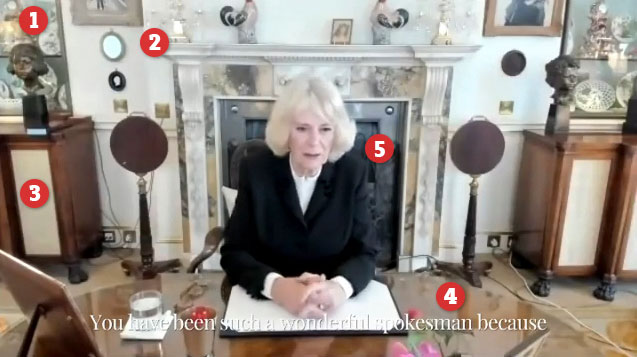 Camilla was pictured at a grand desk as she spoke to SafeLives, a charity working to cut domestic abuse.

The lounge is certainly a far cry from your typical living room, with marble finishings and impressive artwork.

The room includes Queen Mother's personal arrangement of Royal Anchor Chelsea porcelain, located in alcoves either side of Camilla.

These hark back to the days when the Queen Mother lived at the London-based dwelling for over 50 years. 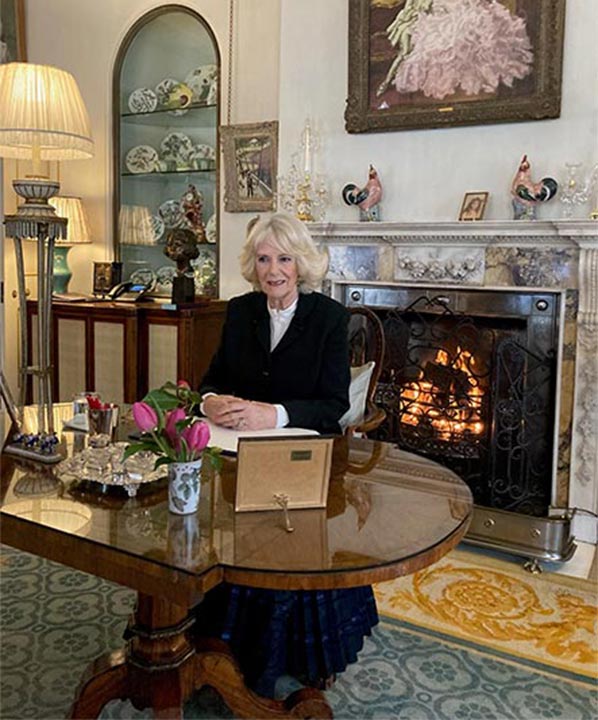 Behind Camilla there are two mantle clocks dating back to the 1700s, as well as six head sculptures positioned on wooden dressers at either side of the Duchess.

Camilla is seen sitting at a table designed by Holland & Sons, which has a gilt-bronze rim.

And her chair is by Neo-Classical furniture designer Thomas Chippendale, formed of gilded beechwood and silk.

Along with some very historic items, we do get a glimpse into a more personal side of Charles and Camilla, with a number of personal photographs on display. 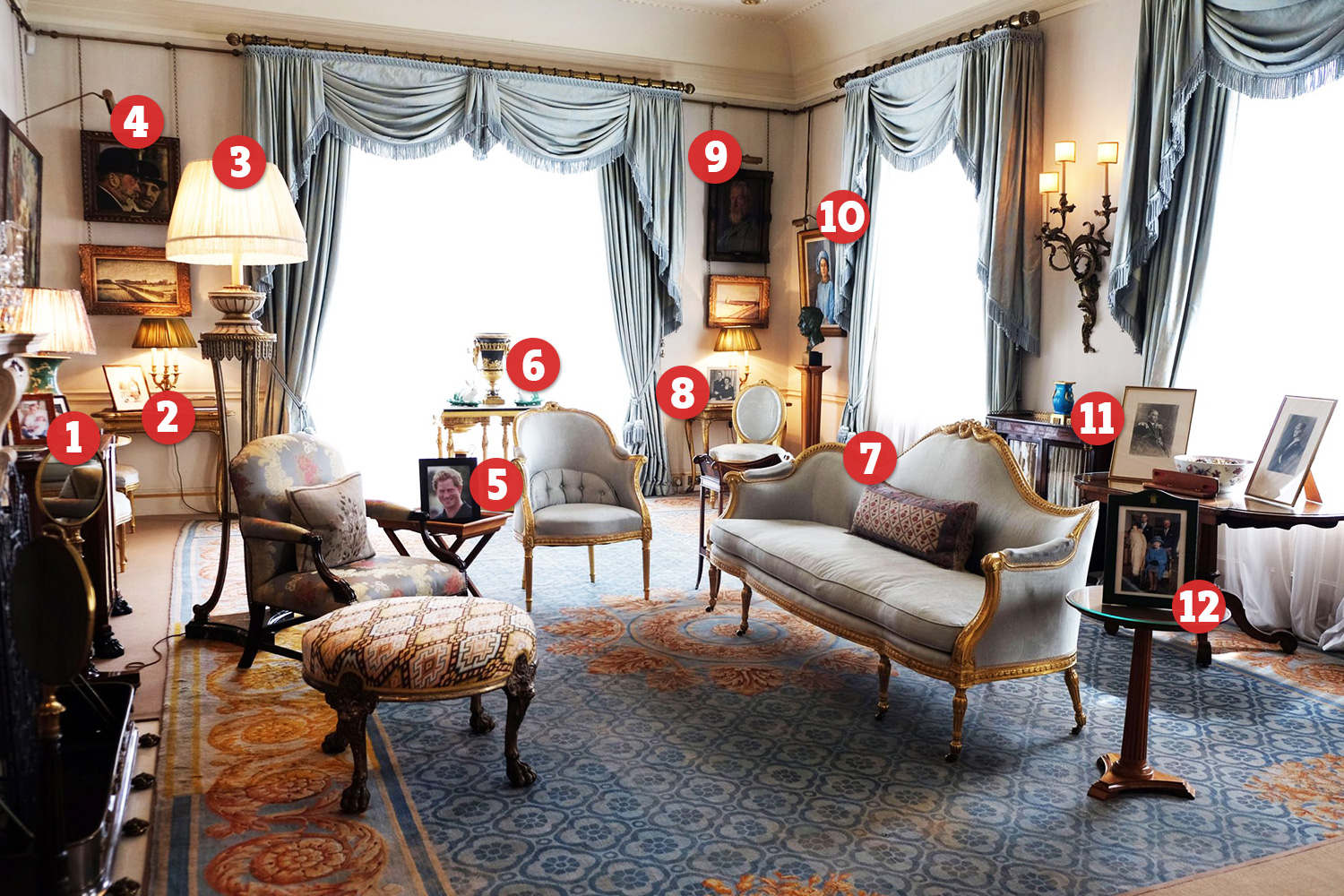 1. A photo of Prince George holding a two-week-old Princess Charlotte

2. A photo of Prince Charles and Prince Harry on safari in 1997

4. A painting of King George V

5. A photo of Prince Harry

8. A photo of the Queen and Duke of Edinburgh taken in the 1950s

9. A portrait of George Bernard Shaw by Augustus John

10. A portrait of the Queen

12. A photo of Prince George's christening

One of the snaps of the room in 2016, showed Prince George holding a two-week-old Princess Charlotte.

Another showed Prince Charles and Prince Harry on safari in 1997. 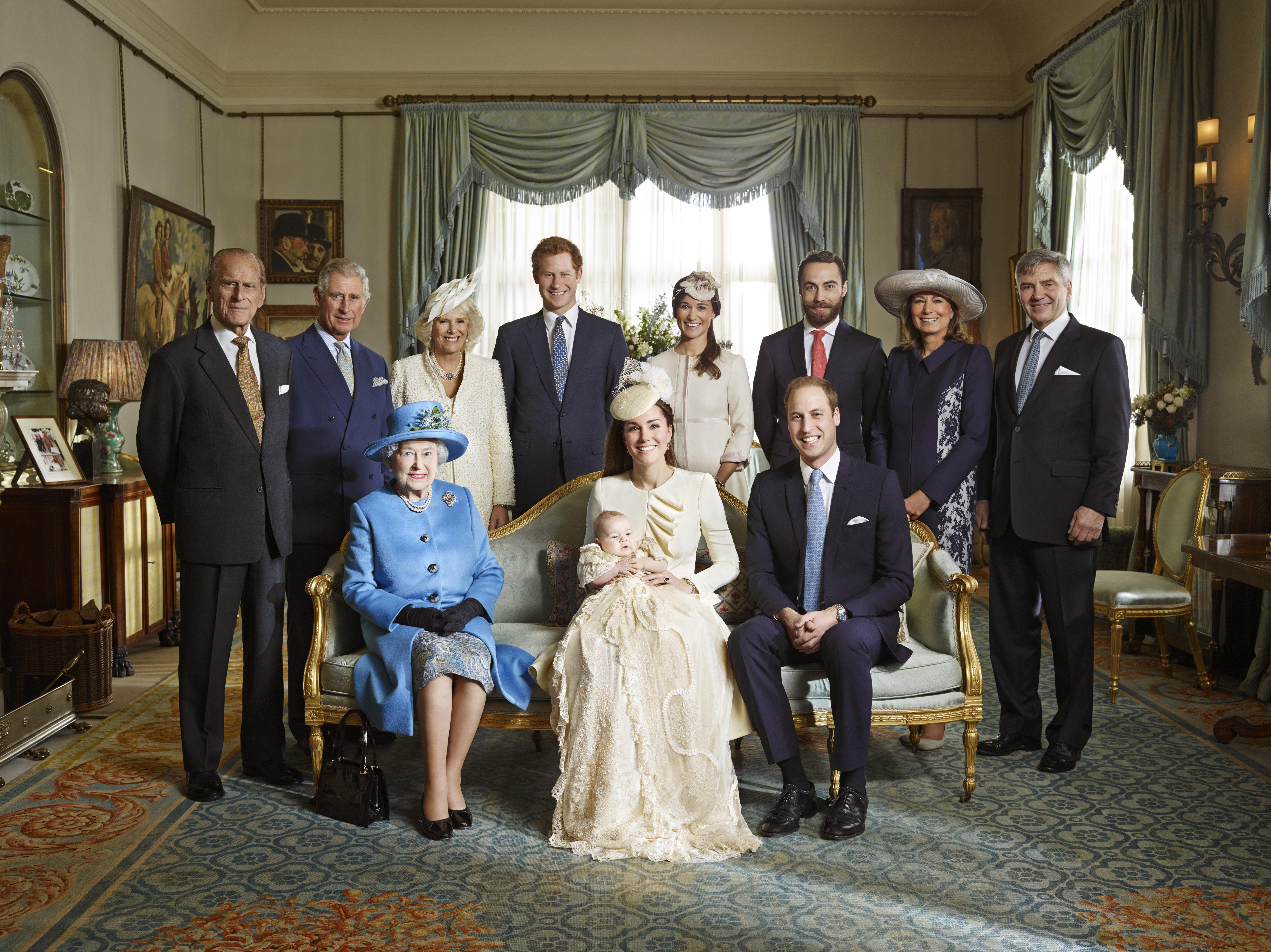 It is also where Prince William and Harry used to live, before they both moved out into Kensington Palace in 2011 and 2012.

The historic building was built between 1825 and 1827 and it was given an interior makeover when the Prince of Wales moved in in 2003.

Charles also has homes at Highgrove, in Gloucestershire, and Birkhall, in Scotland.