WITH divorce rates for people in their 50s and 60s increasing, Fabulous speaks to two women who called time on their marriages.

Uploading her photo to Plentyoffish.com, Rae Radford felt both nervous and excited about dating again. Aged 55, she had just asked her husband to leave after 23 years of marriage. 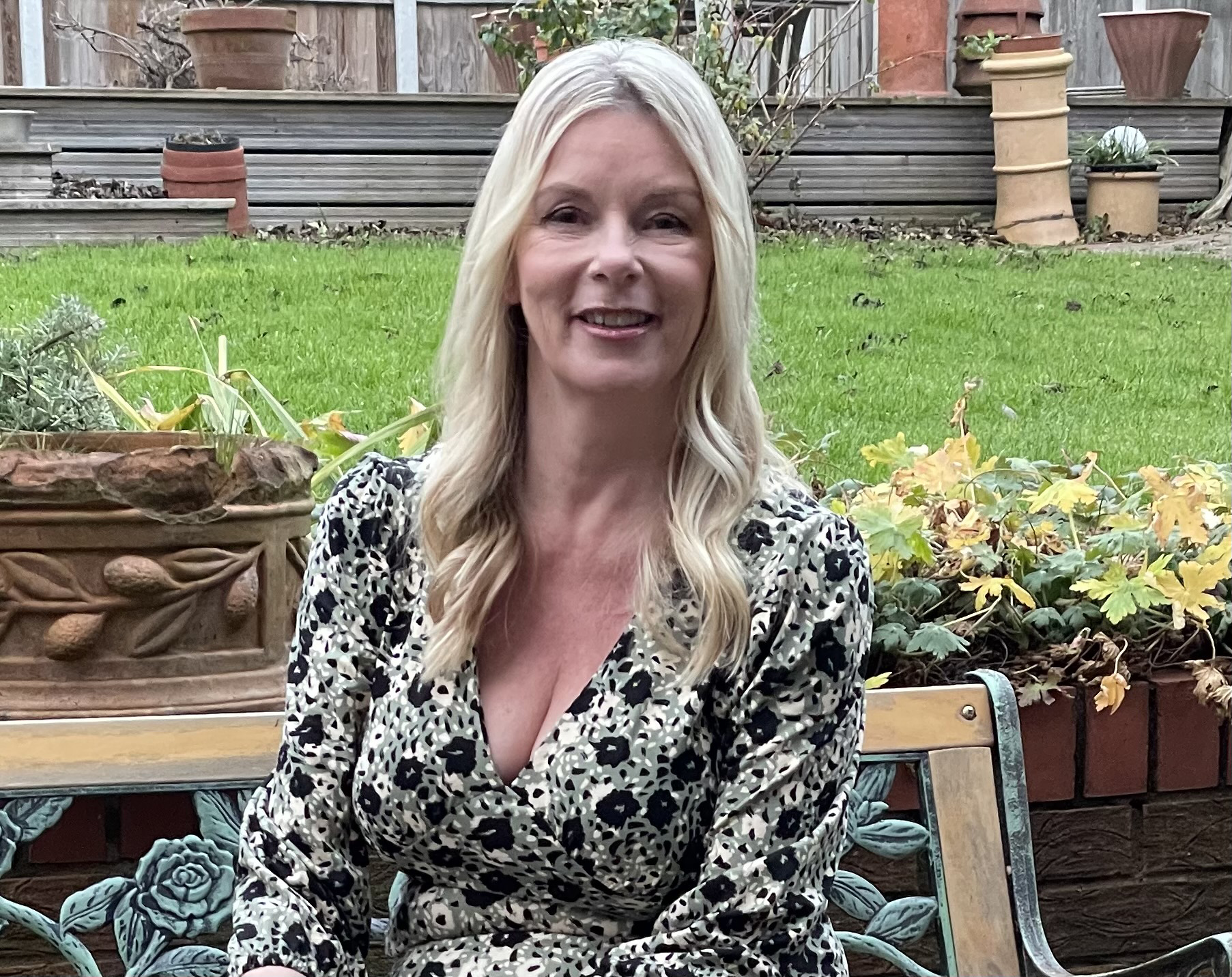 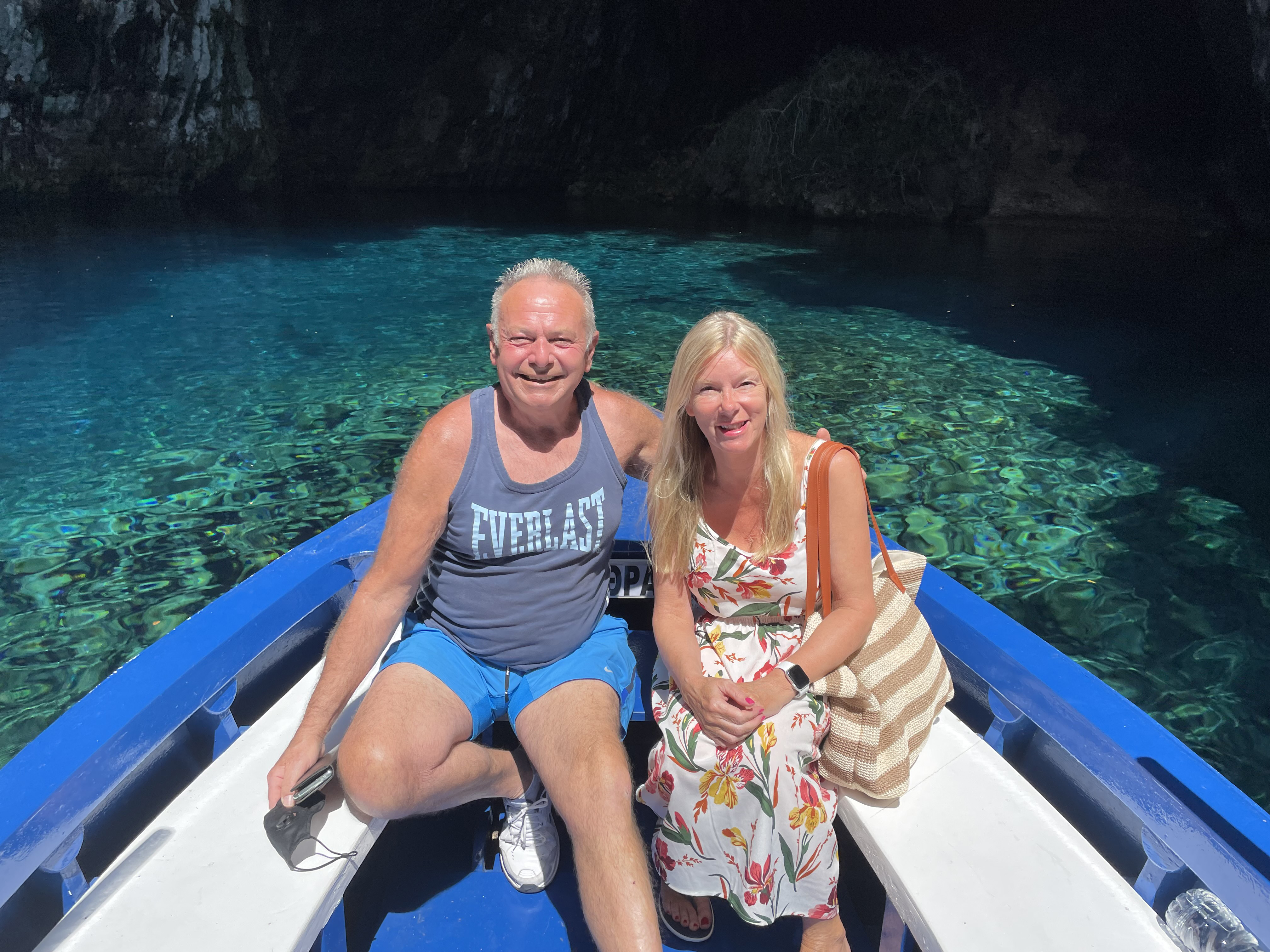 The relationship had left her bored and down about life, and now it was time to grab life with both hands and start enjoying these important years.

Rae isn’t alone. She is one of a growing number of “silver splitters” – Brits getting divorced in their 50s and 60s. According to the Office for National Statistics, while divorce in general may be in decline across England and Wales, older people are bucking the trend.

The number of men aged 65 and over getting divorced rose by 23% in the decade from 2005-15, and for women of the same age, the rates are even higher, increasing by a staggering 38% in the same period.

In the past 30 years, divorce rates among the over-60s have, in fact, doubled. 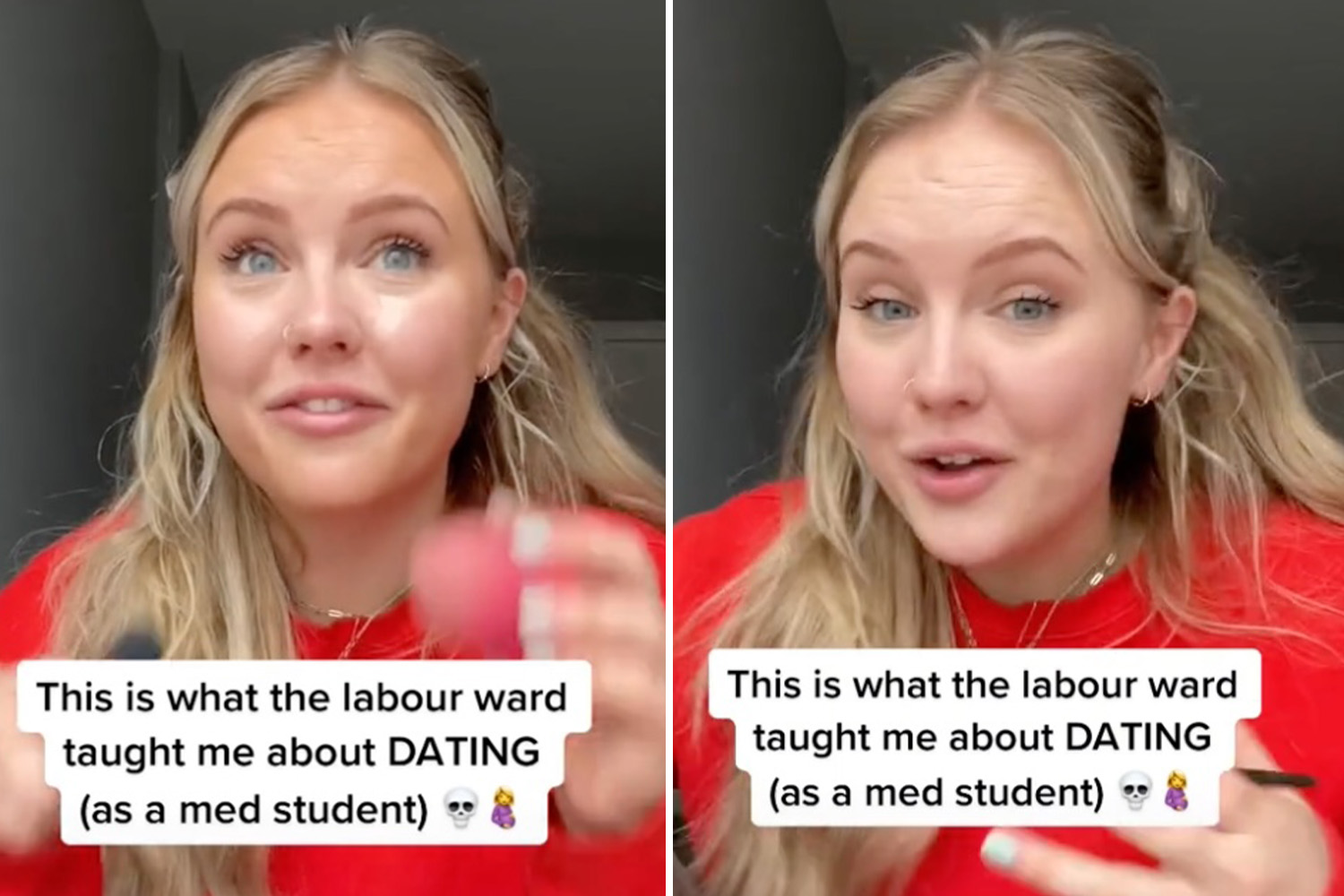 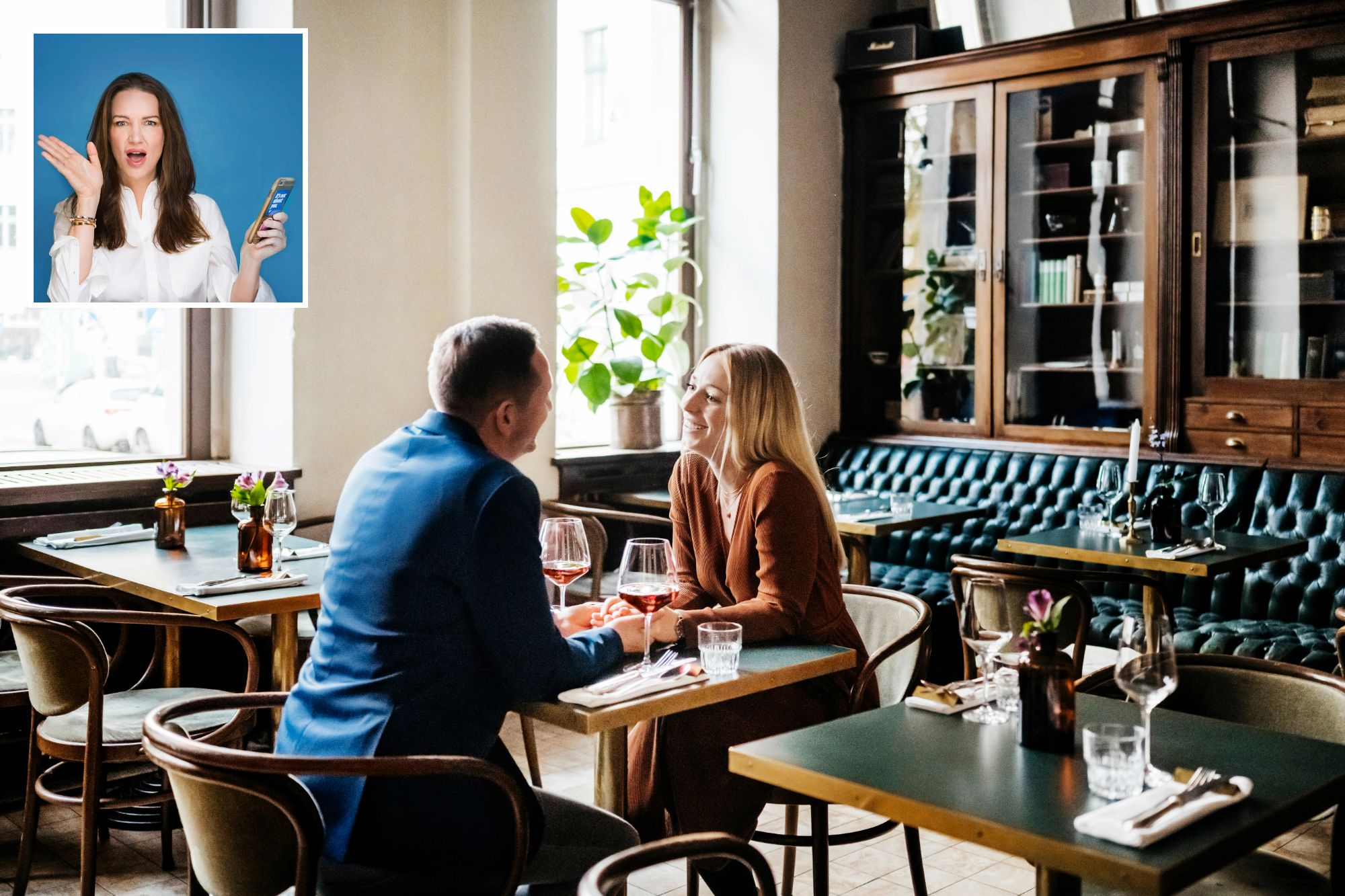 While it was tough to leave her ex Robert*, social media specialist Rae, from Broadstairs, Kent, now 60, says getting divorced has given her a brand-new start.

Since separating almost five years ago, Rae has embarked upon a new career writing crime novels, and four years ago met her current partner Shaun, 63, a builder, online.

“Robert and I had been married for so long and I really did want it to work,” says Rae. “We were happy for a time and made some great memories together, but when I was in my mid-40s, I began to realise that the marriage was no longer right for me and we were starting to argue a lot.

"While we were still great friends and that connection kept us together, I just wasn’t doing the things I wanted to. It suddenly hit me that I had at least another 30 years of life and I didn’t want to spend them all in that relationship any more.”

NO FRILLS AND KATE

Relationship therapist Sally Baker has noticed that mature women like Rae are no longer willing to stay in a marriage that makes them unhappy.

“Divorce has lost its stigma in modern society and there is no shame now in being a divorcee,” she explains. “People over 50 are no longer willing to live a life of quiet desperation in a loveless marriage just to conform to outdated societal norms.

"They are confident that they have relationship options – no doubt thanks to online dating, which now caters to all age ranges and has niche sites targeting particular needs.”

Rae left her marriage on New Year’s Day 2018, and then tried out online dating for six months.

“I was nervous about internet dating, as it was all new to me,” she recalls. “I was used to meeting people out and about, but actually, it opened up a whole new world.

"I had several dates, but didn’t massively click with anyone, so when I arranged to meet Shaun at a local restaurant after chatting online, I didn’t have any expectations that he would be my Mr Right.

"I flopped down in the chair next to him and told him to give it his best shot! We immediately hit it off – and, four years down the line, we have a wonderful life together.”

The couple recently celebrated Rae’s 60th birthday on holiday on the Greek island of Kos, and on their return to England, Shaun threw her a surprise birthday party.

'Life has completely turned around'

“He supported me through a change of career and I’m now writing my first novel. My divorce from Robert was finalised in April this year and my life has completely turned around,” she says.

Relationship and divorce coach Natasha Mahtani says social media may also be playing a part in the rise of mature divorces.

“The increasing popularity of social media has enabled a lot of women to ‘see what’s out there’ – and with that often comes a frustration or comparison about their own circumstances, especially if they’ve been in a position where they have felt like the givers for so long,” she explains.

“Secondly, with better health and life-expectancy rates now, some women feel like they are tired of settling and want more from life if things have become complacent in their marriage.

"Finances also play a part. Older women may feel a bit more settled with regard to their finances, as their mortgage might well be paid and their children have left home or are at least more grown-up.”

Moyra Mackie, 56, left her husband soon after her 50th birthday in December 2016, after 24 years together.

With better health and life-expectancy rates now, some women feel like they are tired of settling and want more from life.

“By that point I’d been with this man for half of my life and we had two almost-grown-up sons,” explains business coach Moyra, who lives in Berkhamsted, Hertfordshire.

“When we married in February 1993, I was only 27 and my husband was seven years older than me. Being so young, I didn’t really know who I was or what I wanted for my life.

It turned out we were very different people and I was more adventurous and outgoing.”

Despite their differences, Moyra says the family shared many happy times. But cracks did begin to appear.

“I believe marriage is teamwork, but it didn’t feel like that to me. As time went on, I just didn’t feel appreciated or supported in our marriage,” she explains.

“I tried talking to my husband and I went for therapy. One of the things the therapist asked me to do was to write down all the new things I’d learned since getting married – there was so much.

Moyra moved out of the family home to a small rented house nearby, so she could still be close to her youngest son, now 22, while the eldest, 26, was away at university most of the time.

“It was very hard and the divorce got very tricky, but never for one second did I think it would be better to go back home,” she says. “I found myself. Society tells us that divorce is awful, but I think it is what you make of it.”

Since the split, Moyra says her business has boomed, she began travelling for work and pleasure, and she has even been going to music festivals.

'Excited about the future'

“The biggest one was the Isle of Wight Festival,” she recalls. “I never thought I’d be sleeping in a tent at the age of 52, but I loved it! I went to lots of smaller festivals, too, as well as live music gigs. I also signed up for art and pottery classes.”

It took until March 2018 for Moyra to get her decree absolute, and sadly she and her ex are no longer in contact.

“That makes me sad, as we had a lot of good times together, but the energy I’d previously put into trying to make my marriage work is now being used for more positive things,” she says.

“I’ve since found I now have more time – and better relationships with my friends, too.”

She also started journalling to help process her emotions and this led to her setting up a new branch of her business as a journal and relationship coach, helping other women to get through similar situations.

Moyra has long suffered from Hashimoto’s disease, an autoimmune illness that is worsened by stress.

But since making the decision to separate, she has noticed an improvement in her symptoms – which included tiredness, dry skin and weight gain.

“There isn’t a single aspect of my life that isn’t better after going through the divorce,” says Moyra. She has also recently started dating again.

“The thought of dating was scary after 24 years, but I signed up to Match.com in January and met someone in March of this year. We’ve been together for six months now. Things are going well and I’m excited about the future.”

Therapist Sally Baker notes that the sharp increase in divorce enquiries among mature couples since 2020 could have been compounded by the stress of the pandemic.

“Two years of enforced confinement and smaller lives without the distractions of a wider world have proved fatal for many relationships – but especially more mature ones,” she says.

“Many couples seemed to have bumped along successfully when they only saw each other at the end of a busy day, but during the pandemic there was nowhere to hide and that led to some huge decisions.”

Rae is still sure that she is one woman who made the right choice. “I’ve gone from feeling lonely and depressed to being in a healthy, happy relationship with my Mr Right,” she says. “I’m just so glad I had the courage to walk away – and start the rest of my life.”

How to embrace a split

Divorce is one of the most challenging things a person can experience – the grief of a split is even likened to death. But there are ways to ease the pain and stress. Divorce coach Natasha Mahtani shares her top tips:

1. Allow yourself to go through the stages of grief and recognise that it’s OK to have these feelings. Find a friend or coach to talk to – it’s vital to express your emotions and not bottle them up.

2. Don’t share your story with everyone. Each time you tell it, you’re taking yourself back to those sad feelings.

3. Stay off social media, especially if you’re feeling vulnerable. People only share the best of their lives online.

5. Prepare for the next time you have to see your ex. A clean break is rarely possible.

6. Don’t blame yourself for everything that went wrong. Try to shift how you’re feeling to a more compelling future.

7. Take time for self-care – from a new hairstyle to a new hobby. It’s an opportunity to rethink who you are and find yourself again.

8. Develop a gratitude practice. Every evening, write down five things you’re grateful for. This can help alter your state of energy and transform the way you feel.