FROM high-end creams to surgery, women fork out hundreds if not thousands of pounds as they get older in a bid to look more youthful.

But it turns out, looking young isn't always a blessing – something Danielle Harrod knows only too well. 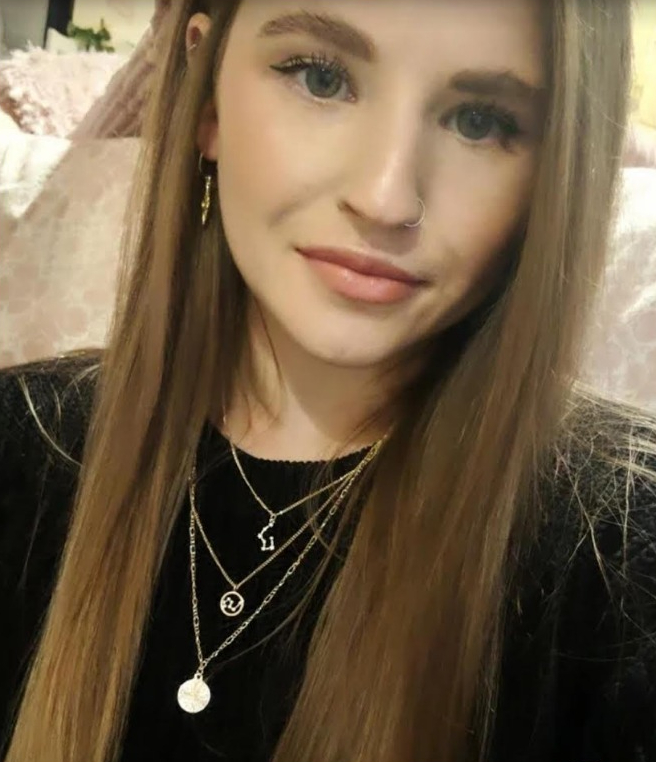 Speaking exclusively to Fabulous, the 30-year-old, from Leeds, recalls the downsides to her age-defying looks – from being told to 'wait for her mum' at the airport to having her ID laughed at in Asda.

Oh, and lets not forget the awkward way men chat her up…

"I'm just under 5ft tall which definitely doesn’t help, but men have tried patting me on the head as a pickup attempt on multiple occasions (so sexy…)," she quips.

"A few years ago, I squeezed myself to the front of a bar and was waiting to order a drink for me and some friends. 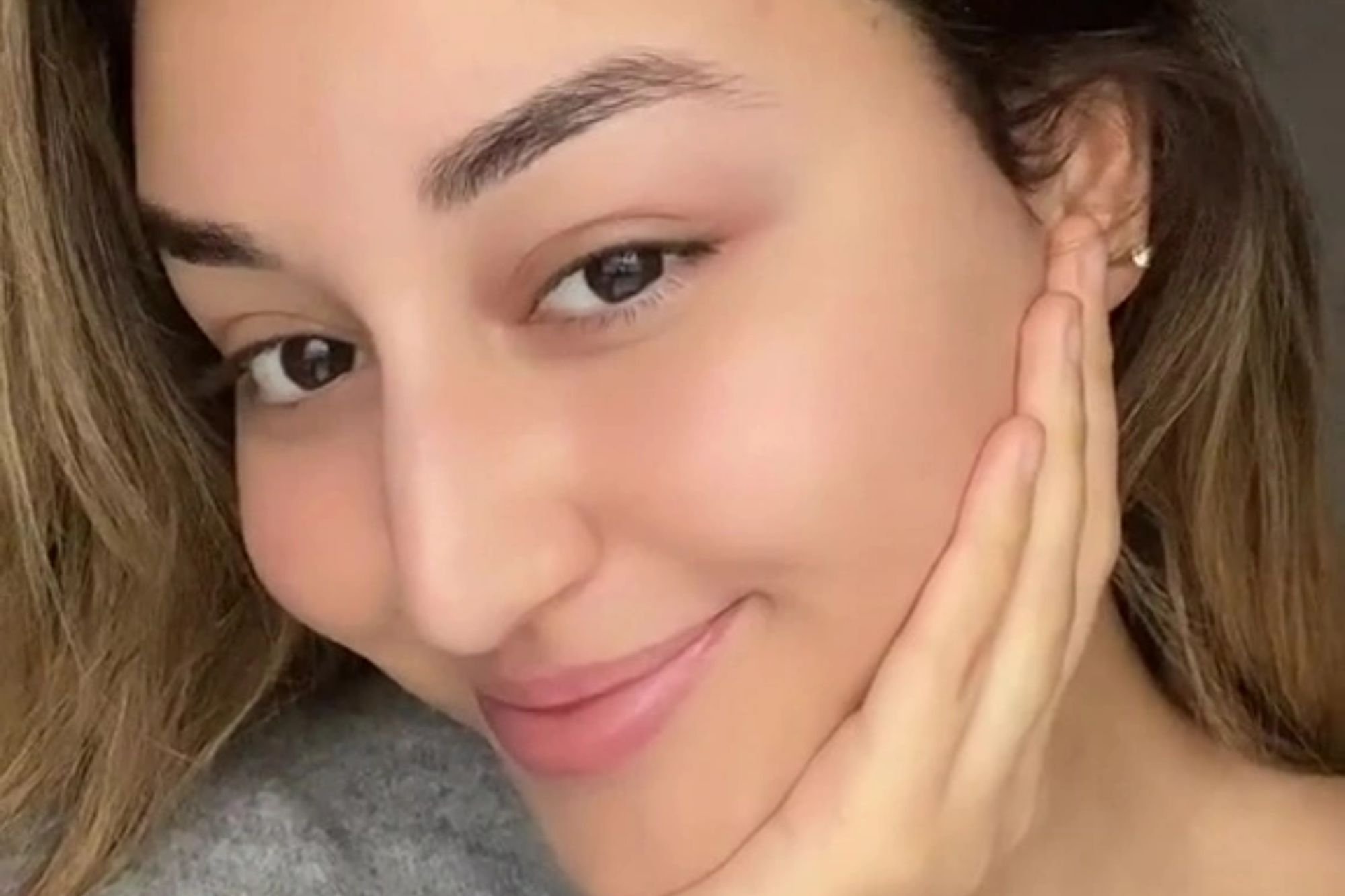 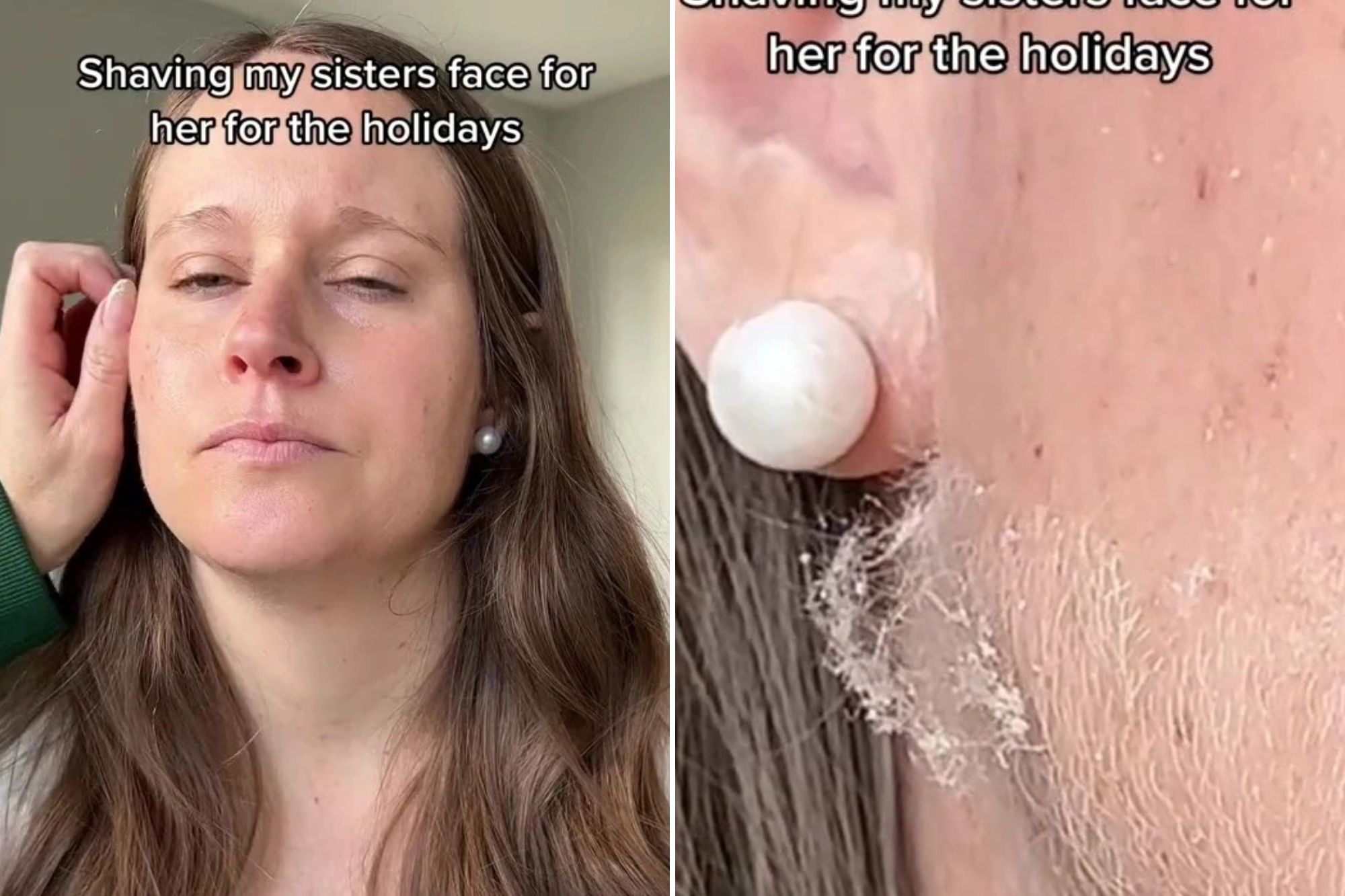 "It was a tall bar, which in itself isn't a fun time for me, so I was standing on that little pole thing they have at the bottom of the bar sometimes, so that I had a bit more visibility.

"This tall guy was standing next to me, he smiled at me and I smiled back.

"He was cute so I wasn't mad at the situation…until he pat me on the head and asked if he could buy my drink.

"Luckily the bartender was passing me the drinks at that exact moment, and we exchanged a glance before I rolled my eyes, took my drinks and left. 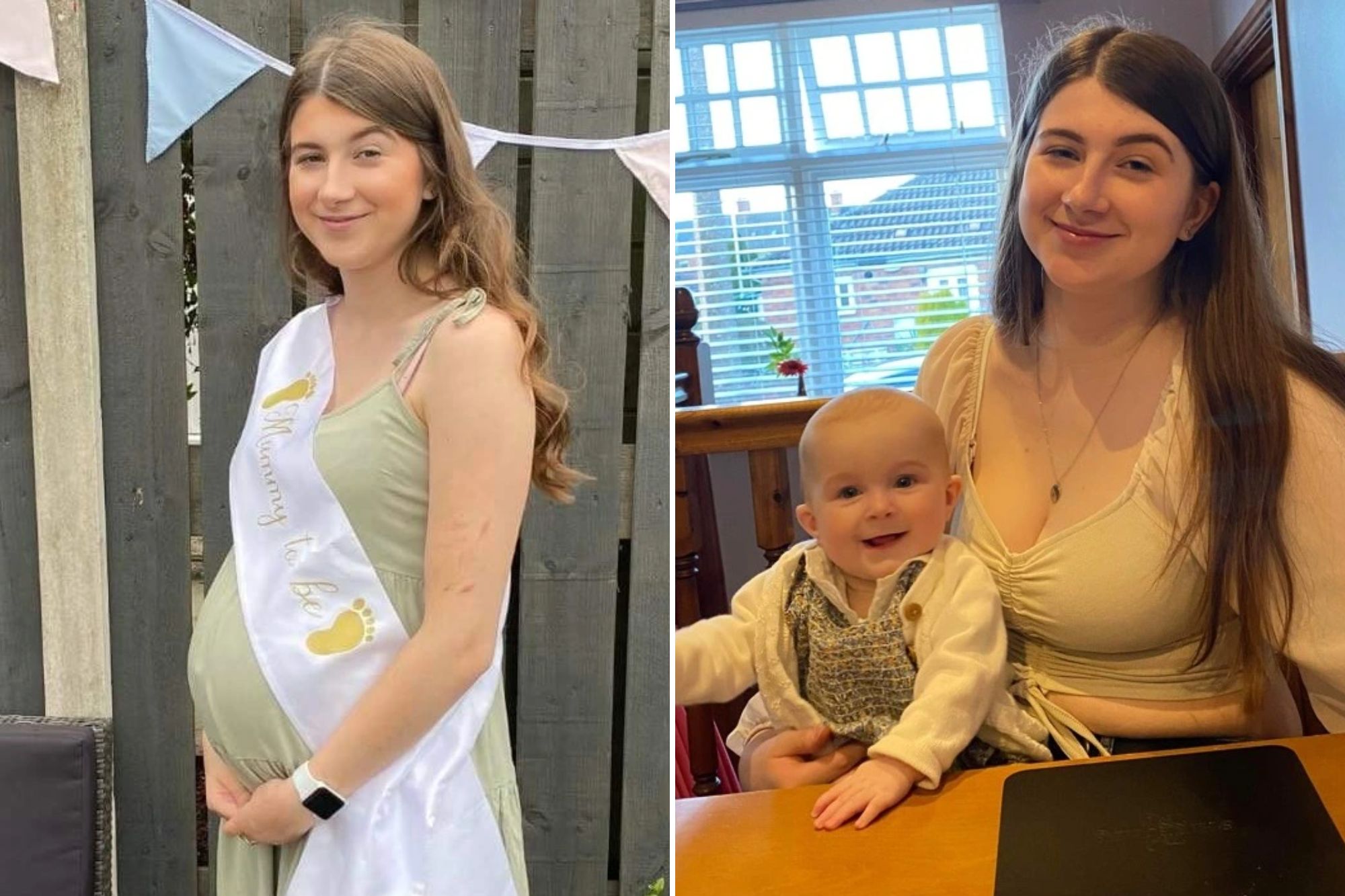 "The bartender grimaced and shook his head at him – I hope that guy has never done that again!"

There was also the time a staff member in Asda laughed at Danielle's ID and told her she looked almost two decades younger than her actual age.

"I recently got told I look 12 by an Asda employee after she laughed at my ID," the 30-year-old says.

"I was in there doing my weekly shop (because I am a grown up!) and was heading to a friend’s house later, so was picking up a bottle of wine for us.

"I got my ID out ready because I get it, I look under 25, but when the woman came over to the self-checkout to check it, she laughed in my face – something that happens more often than it should in this situation!

"I replied quite abruptly, 'you should really think before you speak, saying I look like a genuine child isn’t a compliment, it’s patronising and rude.'"

Danielle went on to reveal that she found herself in a similar situation when she was house hunting in early 2019.

"I was asked on multiple occasions if the house was for my parents because I didn’t look old enough to have a job let alone a house," she explains.

"My response was, 'do children often view houses for their parents?'"

But according to Danielle, being mistaken for being much younger isn't all bad…

"The one benefit I would say is that I own my home and when salespeople come to the door and ask me if my parents are home, I say 'no' so they leave me alone!" she jokes.

The timeless beauty was also left red-faced when she was returning home from a trip to Amsterdam.

As Danielle headed through passport control, the woman at the UK border asked if she wanted to wait for her mum.

But in a double blow to Danielle, she was with a friend who was actually younger than her – not her mum.

"It was a double whammy," Danielle explains.

"I was with a friend called Jenny* and she was a few years younger than me.

Saying I look like a genuine child isn’t a compliment, it’s patronising and rude

"The flight was delayed so we were already annoyed, and it was about 1am when we landed at Manchester airport.

"Exhausted and frustrated, we were walking up to the passport control woman who when I went to the counter, said, 'do you want to wait for your mum?'

"She was pointing at Jenny.

"I was in shock and my jaw dropped before I replied, 'she’s not my mum. I’m her older friend and we’re both in our 20’s.'

"The fear on her face was very real!

"She was very apologetic and I kind of felt bad for her when she realised but I wasn’t in the mood – and she tipped me over the edge.

"So I just said, 'no worries, but maybe wait until they show you the passport next time.'

"I don’t think she'll be making that mistake again!"

But while Danielle hoped to leave the awkward encounter in the past, she found herself in a similar situation again.

"In May last year, I came home from a trip to the Canary Islands with my mum Sharon and a family friend, Tracey," she says.

"Again, we were walking up to passport control and about 3-4 flights had landed at the same time, so it was chaos.

"They were pulling families with young children to a fast lane to help them get through quicker.

"The guy ushering families through looks me up and down, points his grubby finger at me and addresses my mum saying, 'how old is she?'

"The guy didn’t even apologise as I said, 'you can stop pointing at me now, and please address me because I’m an adult.'

"He just grunted, turned around and walked away…what a douche!" 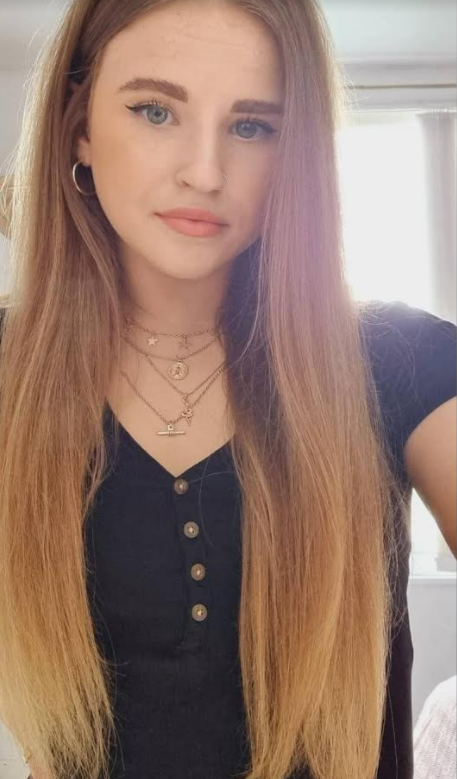 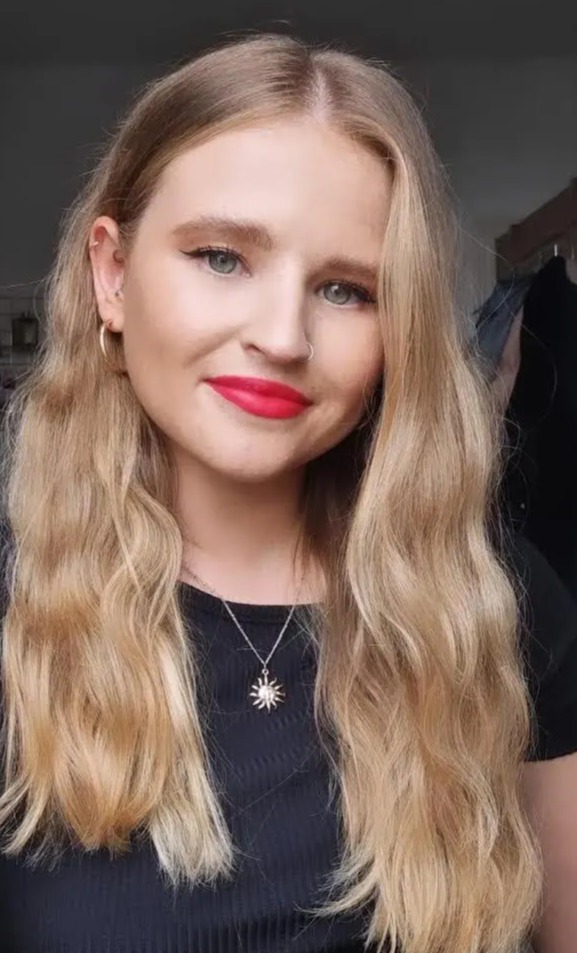 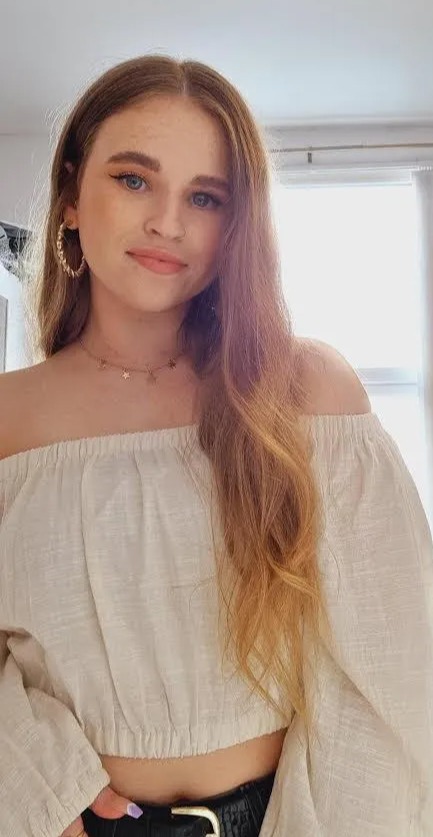