A WOMAN has revealed she went on the worst possible date.

The man who accompanied her out for dinner got drunk and proceeded to check if she shaved under her arms. 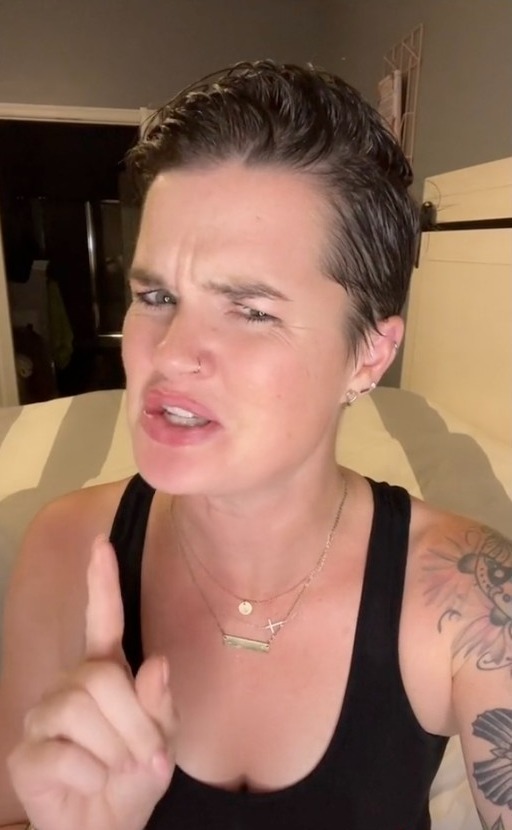 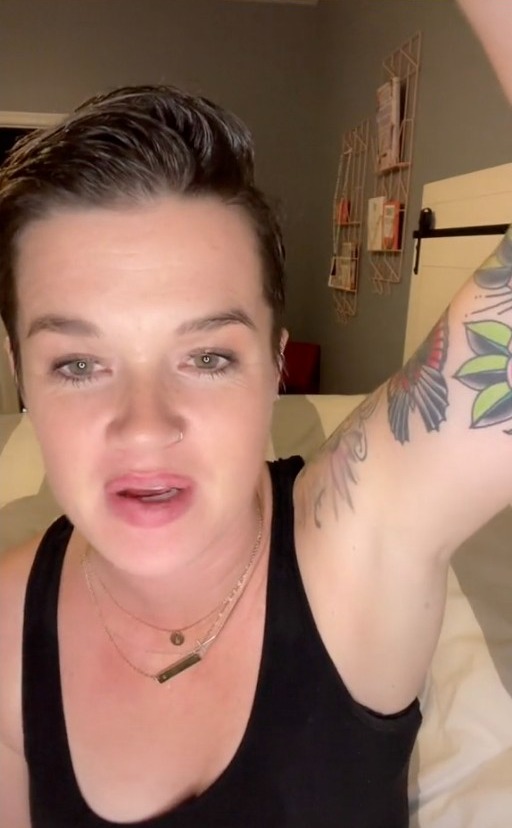 "I walked through the rain, back to my car to get away from this man as quickly as possible," she revealed.

She explained that because she's a single mom, she doesn't have a lot of time to go out on dates.

"The date started out decent, he's not my type but I gave him a chance because I don't have a lot of luck with my type," she continued.

During their date, she explained that she was actually having fun with the man because they had the same interests and had the same political beliefs.

"I have two beers, he has four. Red flag! We go to a second bar and we are talking about cooking and how we love sharp knives.

"I joke about how I shave my legs with a really sharp knife and he says he doesn't know if I'm serious because of my tattoos.

"And I say 'Oh I don't shave at all.' He lifts my arm to see if I shave and then says 'If you don't shave, I wouldn't be on this date with you because that's disgusting.'

"Sir, you claim that you're a feminist and that you're a liberal and all of those things but you're disgusted by the social construct of women's body hair. So I tried to dig deeper.

"He says that he's a man and that he wants to date someone who is the opposite of me.

"Uhm no, that's called misogyny. Then he goes on to say that he's a feminist but doesn't like the feminists who wear overalls and are claiming that they get raped but they are the last person to get raped.

"Eventually, I told him he was a misogynist and I walked out of there because we ain't got time for that, ladies."

Following their horrible date, Kailly Jo got a text from her date, who said: "That was the worst best date I've ever had.

"I'm sorry I wasn't very open and I'm sorry it ended that way. I had a lot of fun and you're f**king kick a**! Just wanted to say that!

"It went south so quick and I regret that. Not that it matters. Anywho hope you sleep well and have a good day tomorrow and an awesome weekend."

KaillyJo felt compelled to clap back at him and said: "That was 1000 percent the worst date I've EVER had. I had to give my response a few days because I don't really want to waste any more of my time but this needs to be said.

"Let me recap the misogynistic, fragile masculinity bulls**t you felt compelled to say on a first date … you said, in so many words, that ugly women do not get raped.

"That by far was one of the most disgusting things I've ever heard. You're one of those people who say 'well she shouldn't have been wearing that if she didn't want to be raped.'

"You told me I was 'annoying the s**t out of you,' not once but TWICE. You said, on more than two occasions 'I f**king hate feminists because … ' and then continued to expose that you feel targeted by feminists for simply being a man, when in fact it's probably because you are not one of those good ones.

"I am one of those feminists 'wearing overalls and screaming at people; that you hate. You are the reason we need feminism. You are part of the problem."

Safe to say, her date quickly ended the conversation and told her she was "nuts" after being called out. 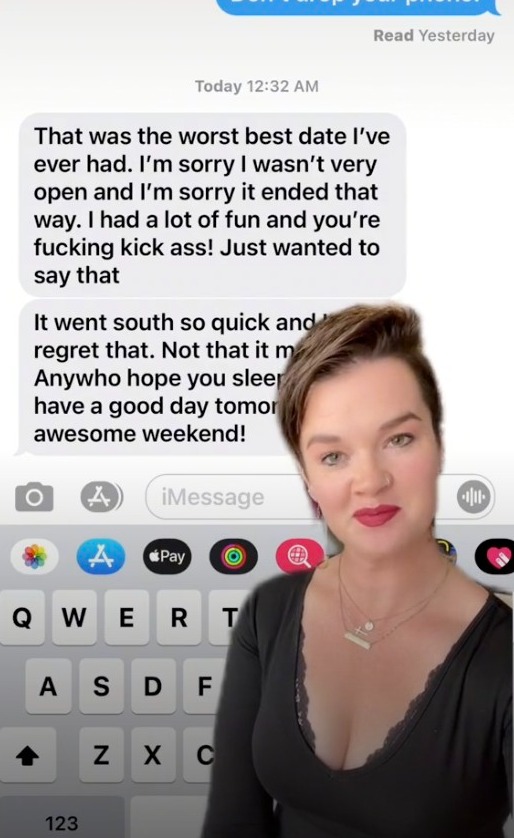