A WOMAN was dress coded at the gym, and she said it was all because of distracted people.

Bharbie, who goes by the TikTok handle @blckbharbiee, shared that she was told to change out of her “inappropriate” workout outfit. 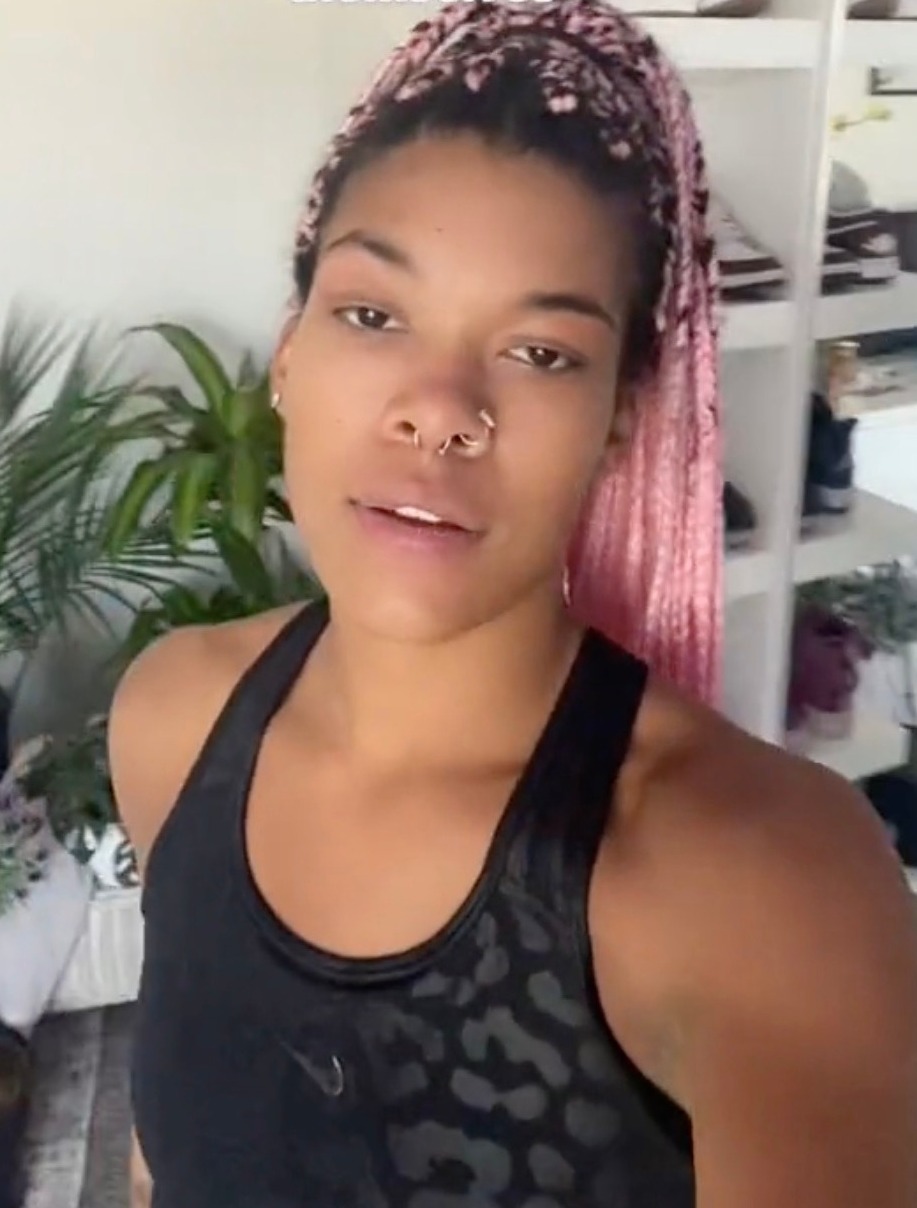 In her TikTok video, Bharbie recorded herself at home wearing the gym set that got her dress coded for.

She wrote over the video: “When you get DRESS CODED at the GYM because someone’s man can’t keep their eyes to themselves.”

Bharbie lip-synced to a song with a lyric directed to the man, saying: “B*tch, you a f***ing bum.”

“This was the fit,” she added in the caption.

She showed herself wearing a black and grey patterned sports bra.

She also paired it with high-waisted black biker shorts.

Bharbie’s stomach was exposed, revealing her toned abs, a midriff tattoo, and a belly button ring.

Her arms were also exposed as she flexed her muscles and spun around, showing off her body while looking annoyed.

Most read in Fashion 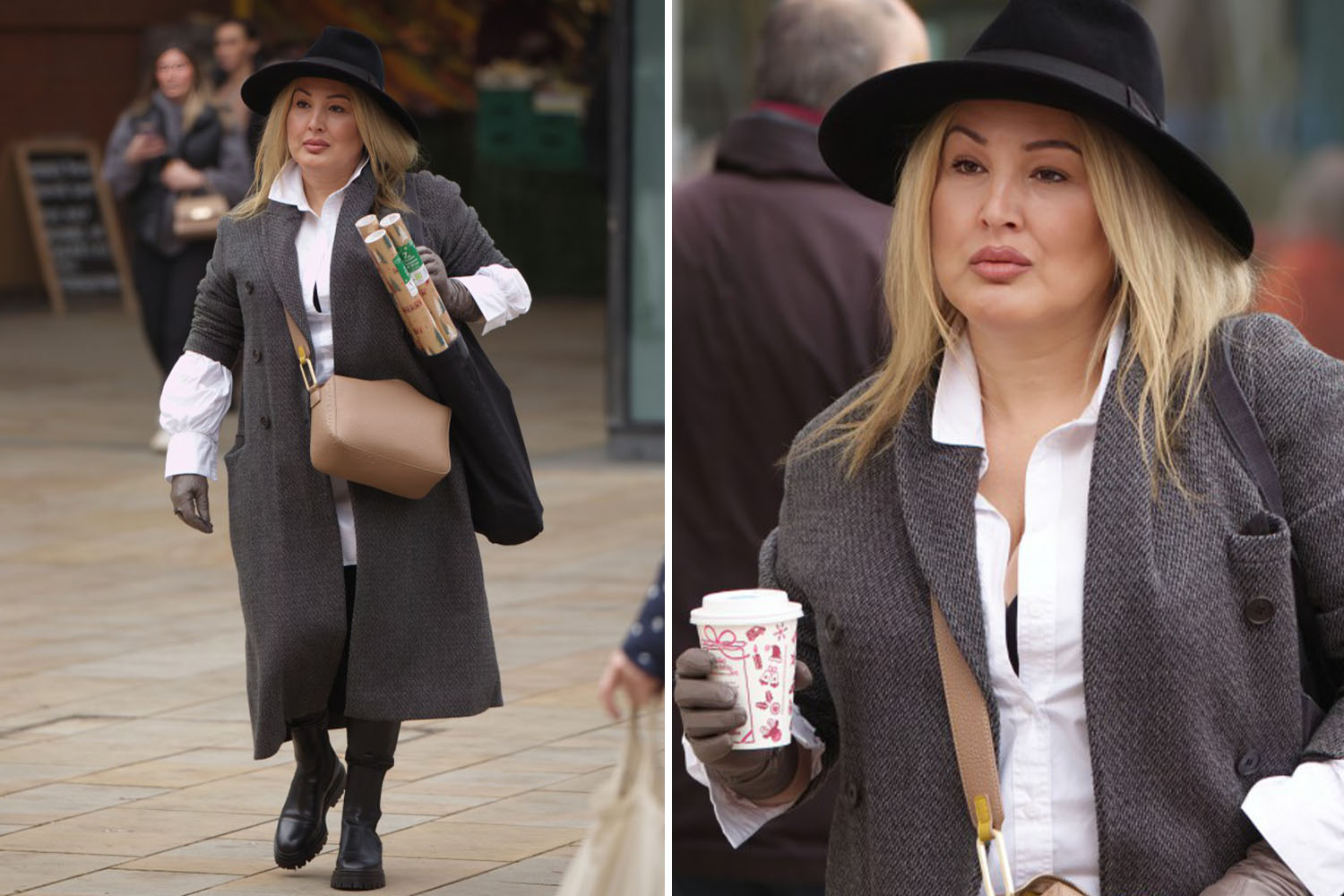 People were also stunned that her outfit was deemed too revealing for the gym.

“That’s a gym outfit tho,” someone pointed out, as another person asked: “What else they expect you to wear???”

Bharbie responded, explaining that rather than leaving, she covered up for the remainder of her workout.

“Put a sweatshirt on and pooled sweat,” she wrote.

Someone else was just as bothered as Bharbie for the clear sexism, writing: “Their thoughts are inappropriate, not your body.” 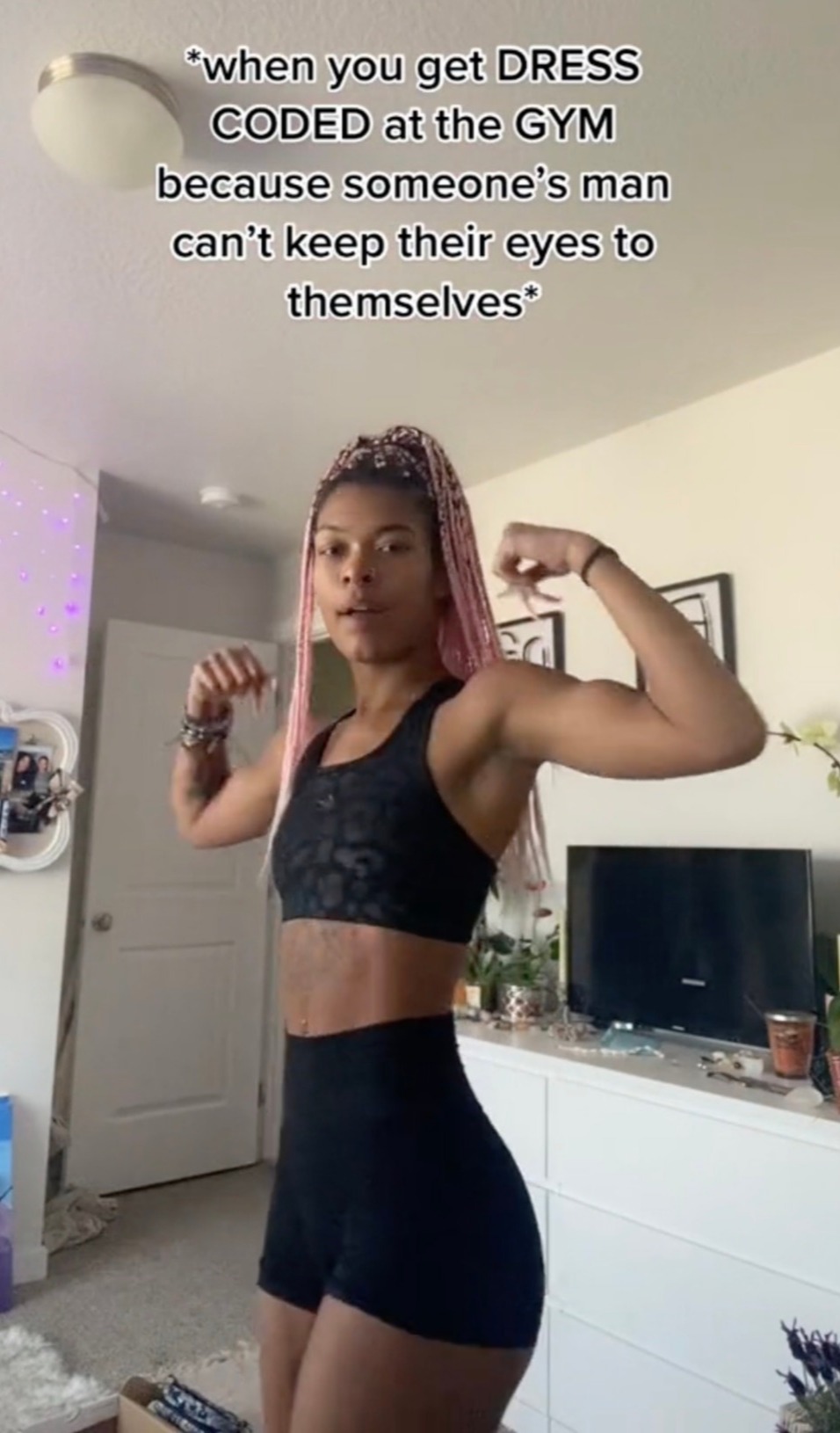 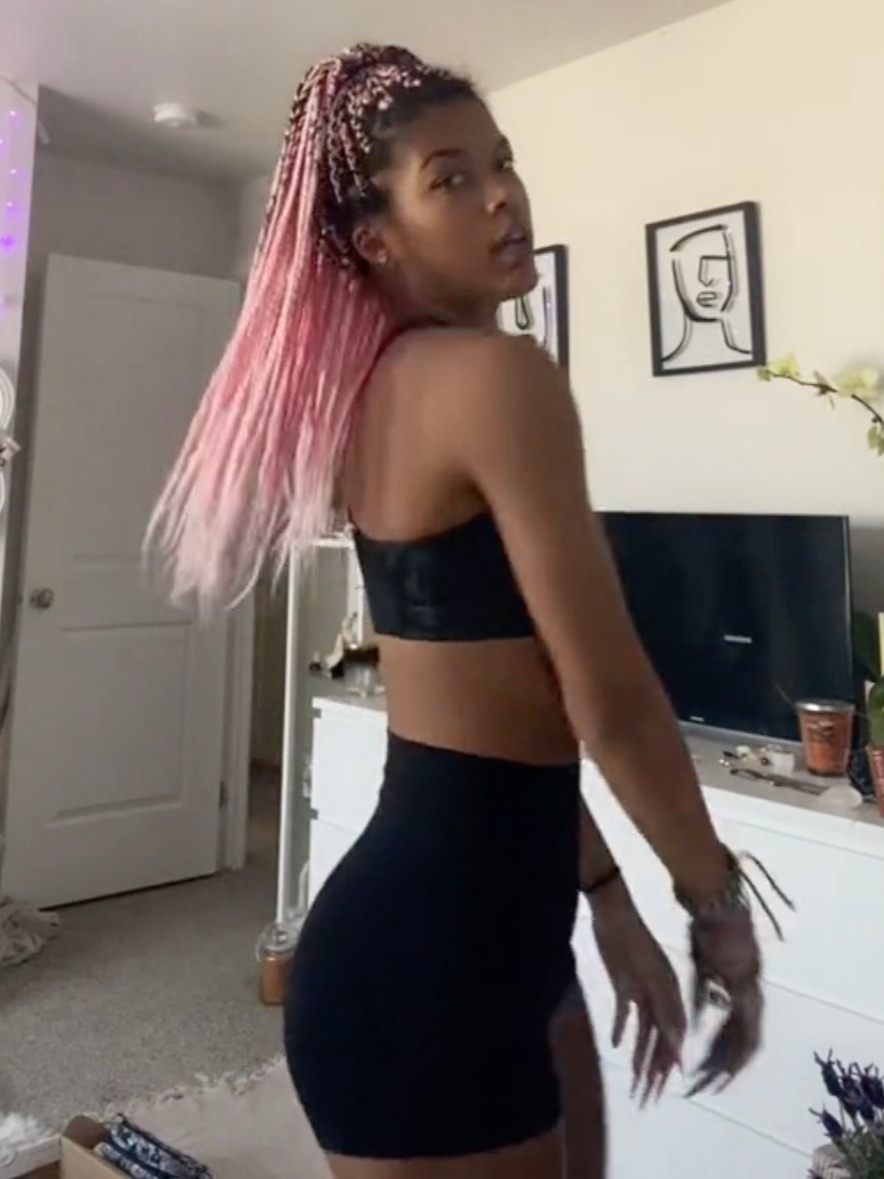