MORNING sickness can be a common side effect during pregnancy, but for one mum her vomiting was so bad she had to have her teeth removed.

Louise Cooper was 19 when she first fell pregnant and found out at around three weeks into her pregnancy while she was working as a nanny at a ski resort in France. 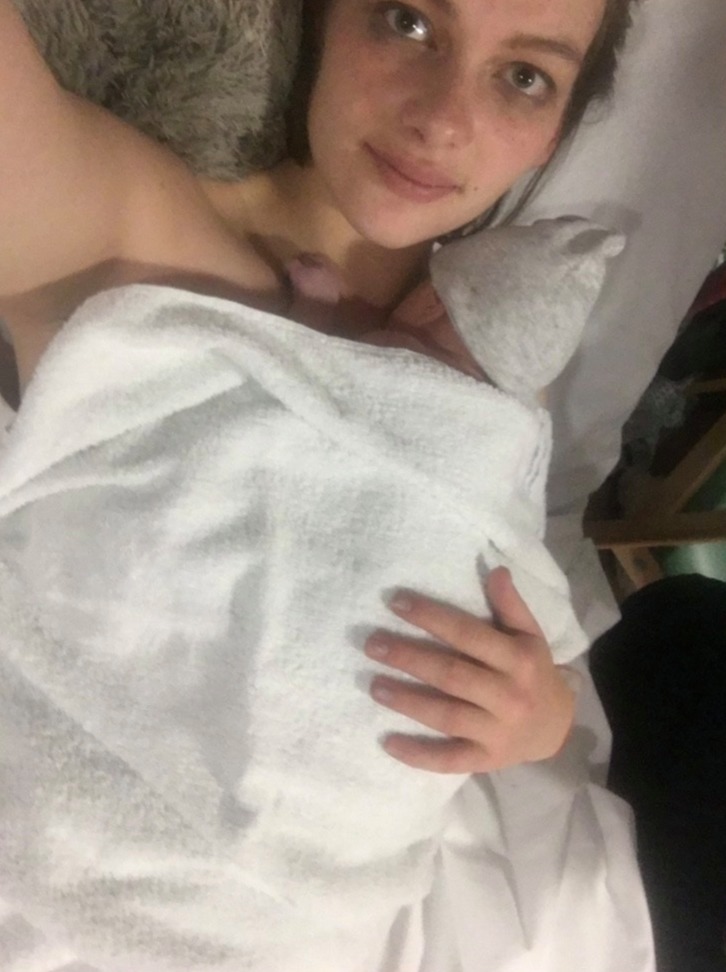 She told The Metro about the awful experience she faced after being diagnosed with Hyperemesis Gravidarum (HG) – a condition which affects around 1% of women.

Louise said that just a week after finding out she was pregnant, the sickness had become so bad that she ended her contract and flew back to UK.

The mum said: “That’s when I was hospitalised for dehydration because I was throwing up so much.

“My second hospitalisation – within three weeks of being back home in the UK – was when I was diagnosed with HG.” 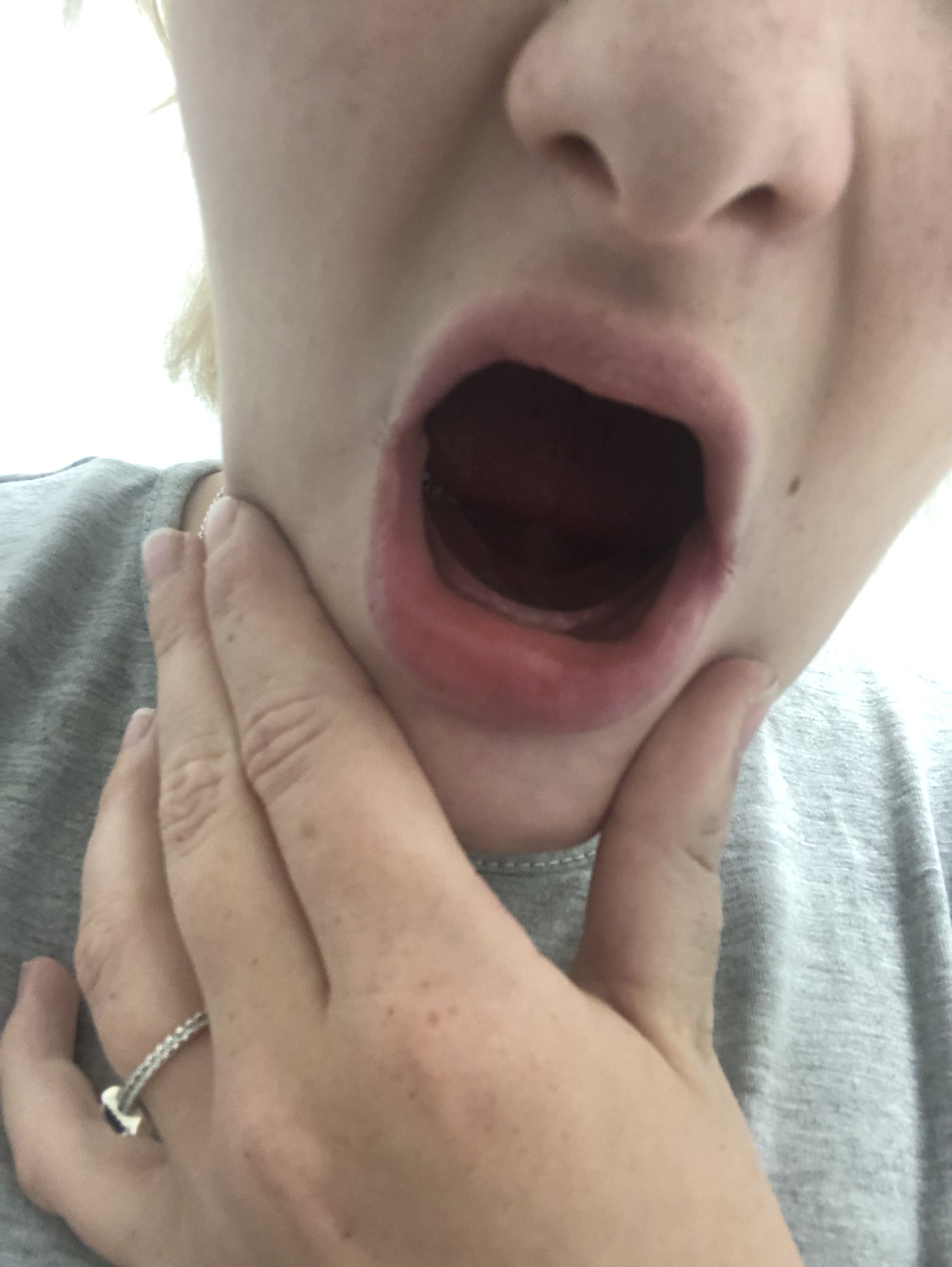 The main focus for Louise was to stop the excessive vomiting she was experiencing.

At the seventh week of her pregnancy, the sickness had become so bad Louise was bed-bound.

She told The Metro: “I couldn’t eat, drink, walk, stand, move or even lift my head without vomiting.

“On top of that, I had debilitating nausea that never eased. It was mentally draining.”

Despite being given fluids and had blood taken, she be given an anti-sickness injection and get discharged from hospital – but that didn’t put the sickness at bay.

Louise described the difficult experience of begging her consultant, midwife, and nurse for a termination when she hit the 12-week mark.

The nausea and vomiting hadn’t subsided. 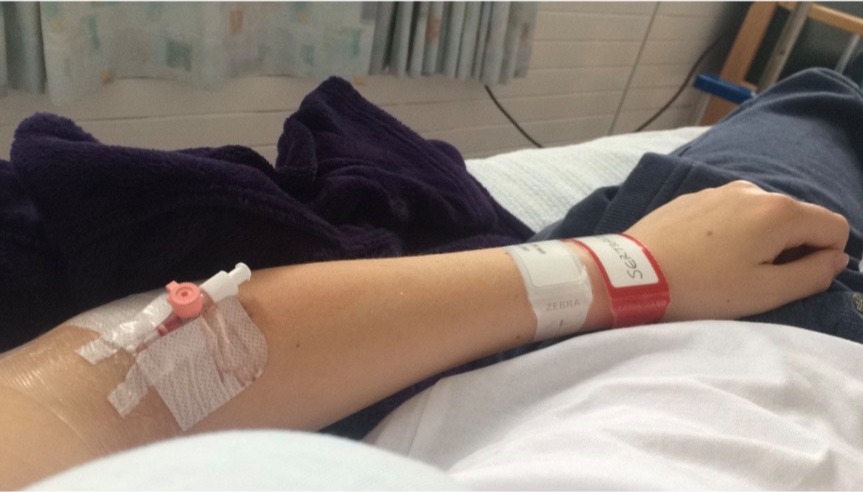 She said: “The only reason I did not follow through was because a consultant doctor started me on a steroid treatment, which I continued for the majority of my pregnancy and then was tapered down slowly.

“I was still on three anti-sickness medications alongside this.”

Her mum sought out help from the charity Pregnancy Sickness Support, where a woman who had previously suffered from HG helped advise her.

Louise said: “I probably went to hospital more than 25 times during my 37 week pregnancy.

“Some stays were for a few nights and my longest was a week, but this all depended on the care I was getting.”

The first-time mum said she received varying care whilst she was admitted to hospital – some medical staff didn’t know what HG was, so told her to “suck it up”. 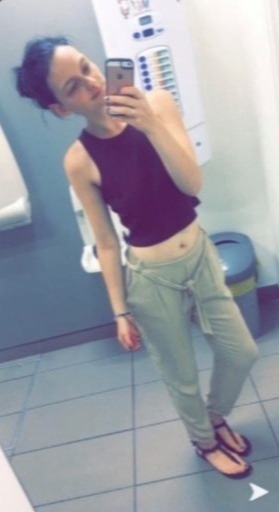 She lost her first tooth at around 16 weeks, having no idea where it came from.

“By my third trimester, I was losing a tooth a week on average and it started to affect my self-esteem,” she said.

“I started to feel self-conscious around other people and always wondered if they could see that my teeth were no longer there.”

The condition of her teeth became so bad that her dentist told her to have surgery after her baby was born.

Whilst the vomiting had stopped completely after she gave birth, Louise’s nausea remained for around 12 hours before suddenly disappearing. 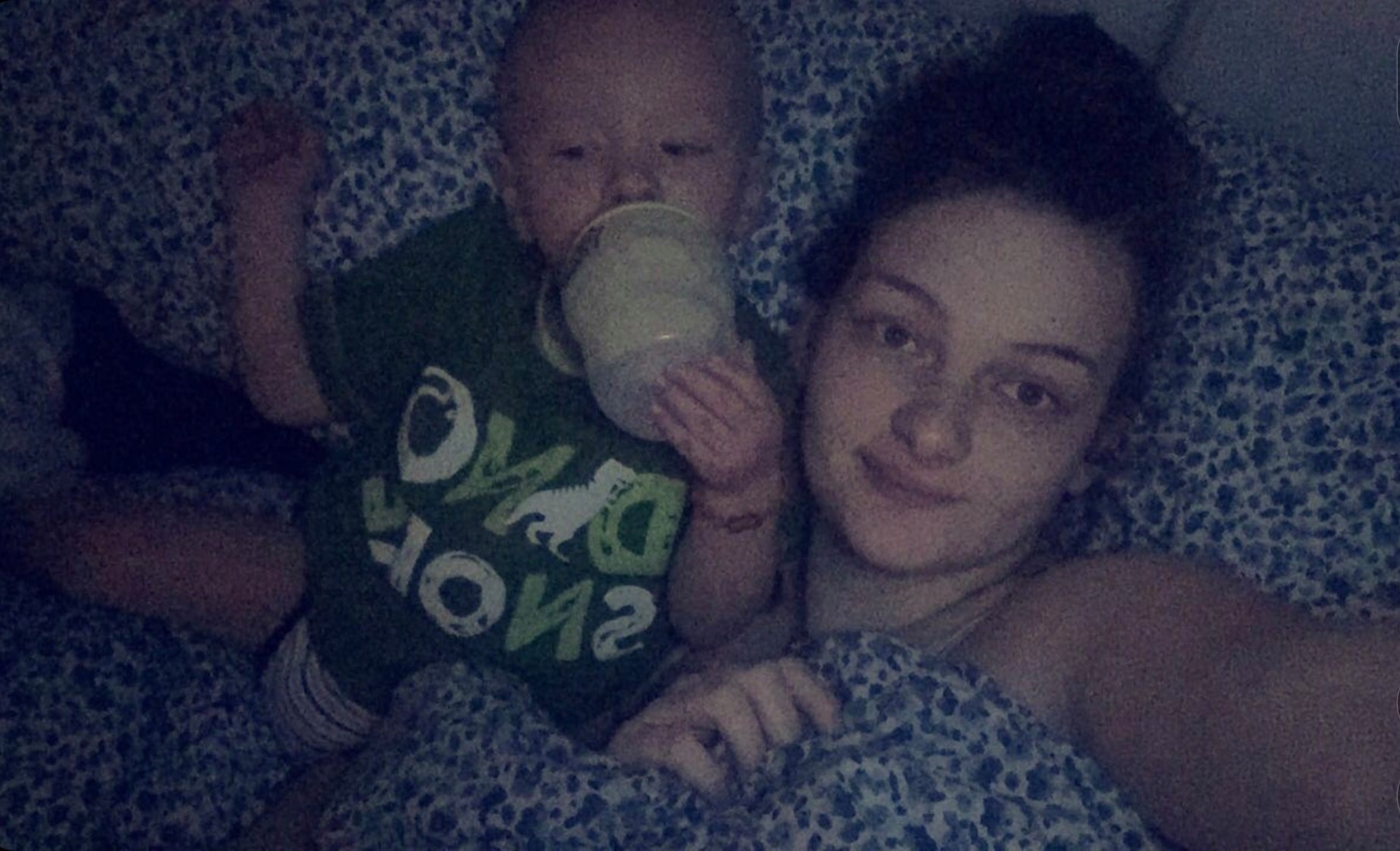 Louise revealed: “At this point, I only had about six teeth remaining and they were damaged.

“Trying to eat with only six teeth was hard because I was scared that the remaining ones would just break off too.

“It was also really painful and I could only take paracetamol, which didn’t help, and antibiotics to prevent infection.

“So I was five months postpartum when I had my surgery to extract the remainder of my teeth and roots.”

She received surgery to extract her last remaining teeth and roots, before being given dentures a few weeks later.

Louise described how her appearance had changed, saying she can still smile, but it’s not as filled as she would like.

The mum and her new partner tried for a baby a year after the birth of her first son but were hesitant after fearing she may suffer from HG again. 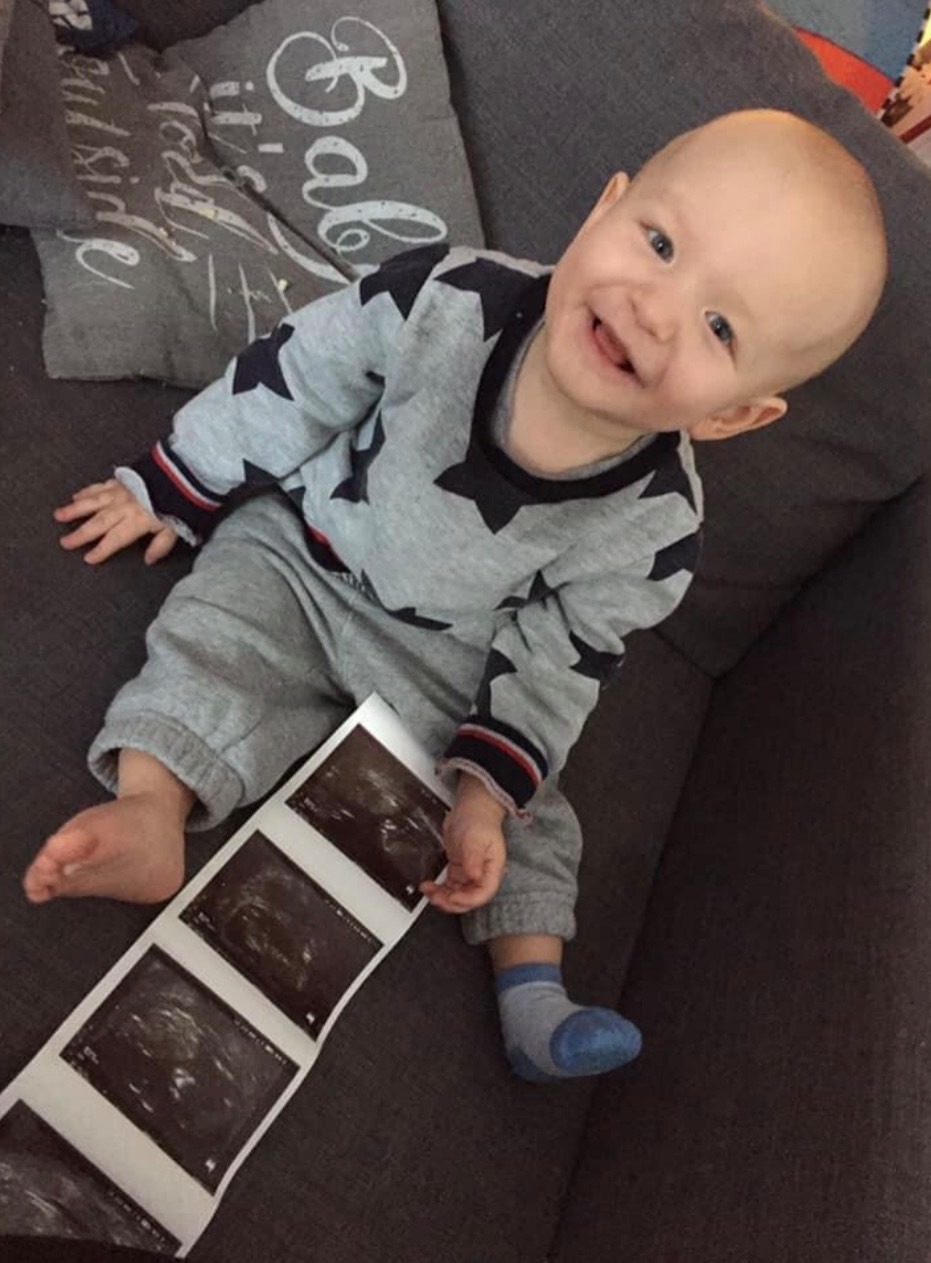 But the issues didn’t stop there.

Louise developed a bladder infection at 16 weeks due to dehydration.

The impact of the sickness and infection took Louise to one of her lowest points.

It got to the point where she  and her partner agreed to terminate the pregnancy.

She said: “He was really supportive of how I was feeling and of course he was sad that I felt like I couldn’t go through with it but he wanted me to do what I thought was best.

“The only reason I didn’t have the termination was because I was given steroid treatments and also anti-sickness medication via injection to do at home.

“These two things managed to get me through the rest of my pregnancy.” 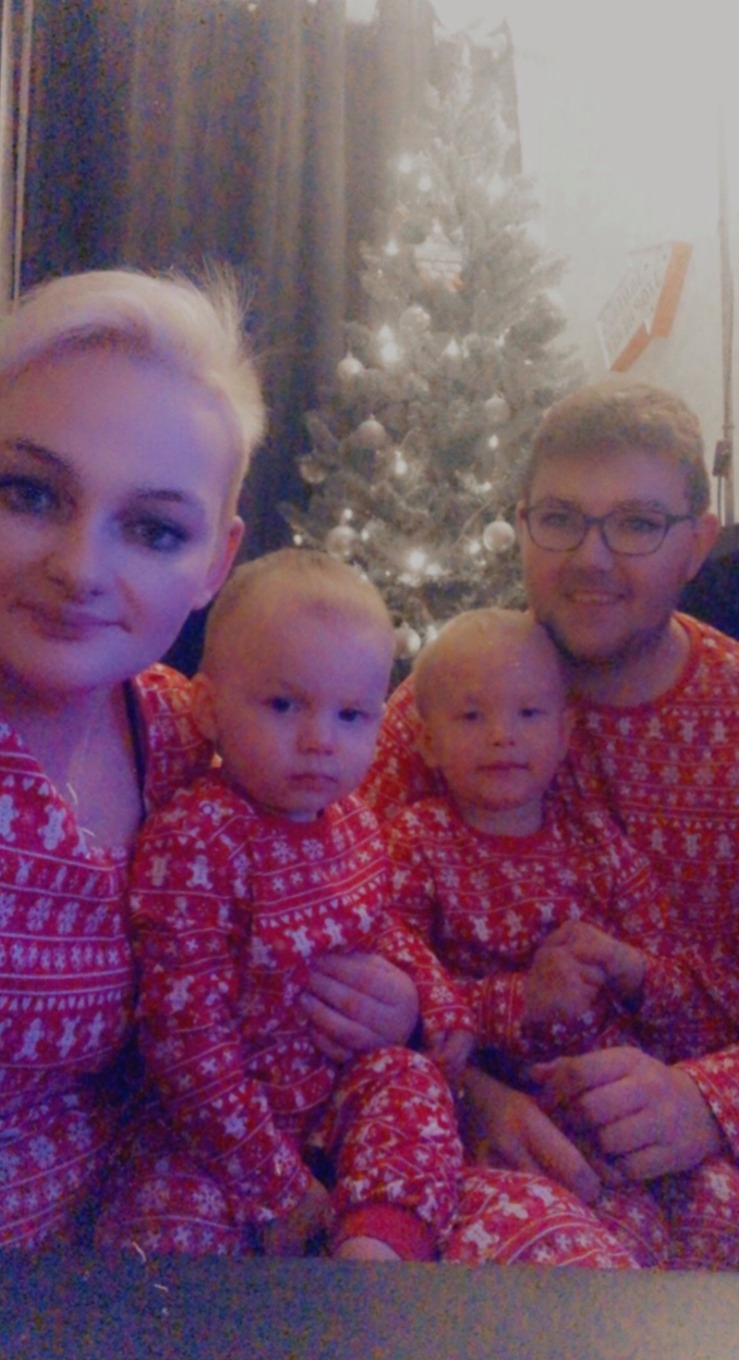 Thankfully, during her second pregnancy she received more support from the hospital, as well as her family and friends.

The experience left her suffering from panic attacks after the birth of her second child.

Louise is currently waiting to have more surgery on her teeth, as she needs her wisdom teeth removed.

She said: “Surgery to remove these last two teeth will completely make me pain-free and I am super excited to get rid of them.

“I may look into other false teeth treatment in the future but it does cost a lot of money.”

The young mum hopes to raise awareness around HG and that it’s not just morning sickness.

Louise wants pregnant women to know that their feelings are valid and that they should reach out if they are suffering.

For more information about the work Pregnancy Sickness Support does, visit their website.

I’m still in my dressing gown at 6pm, needed stitches, have mastitis & cry, says Mrs Hinch after becoming a mum-of-2.

Woman loses half of body weight while pregnant after throwing up 50 times a day.

How Stacey Solomon’s teeth went brown and yellow then FELL OUT during pregnancy leaving her mortified & in agony.