A BRIDE-TO-BE didn't want her stepmom present for her wedding day, but with the use of technology, she managed to show up anyway.

Apparently, the newly married woman's stepmother photoshopped herself into the wedding photos, and they found out when their father shared the photos to social media. 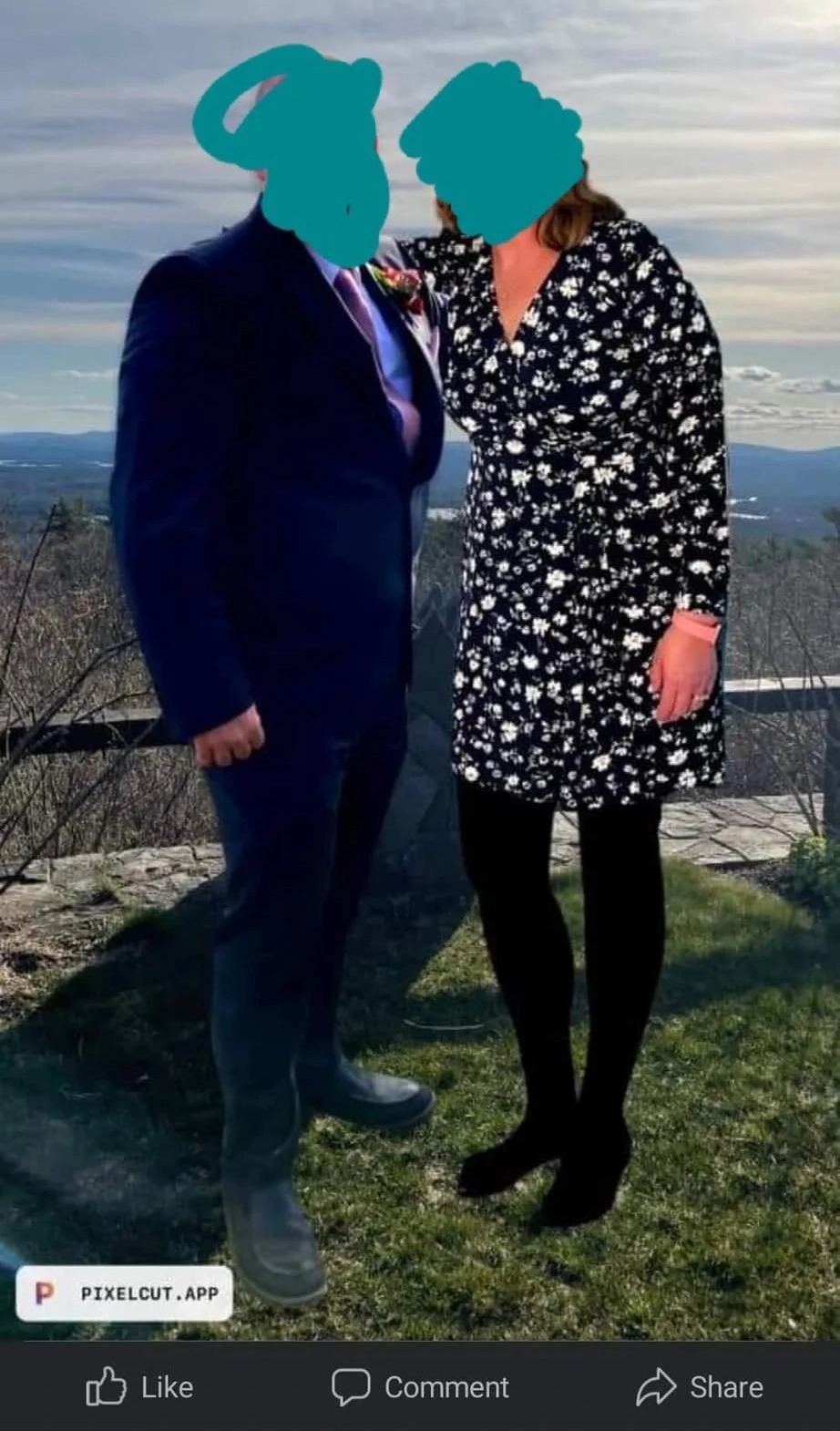 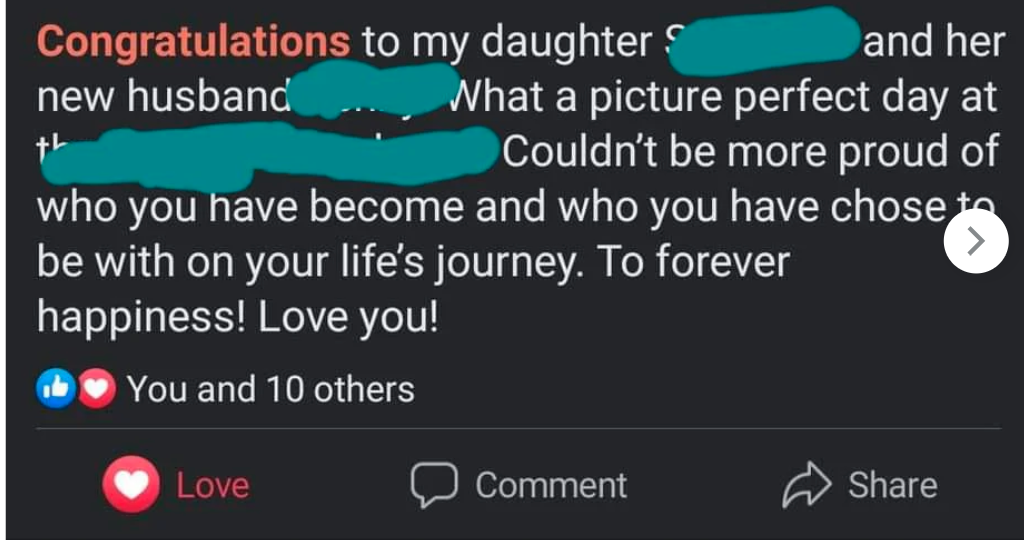 In a Reddit post, the sister of the bride shared that her sister had just gotten married. Due to "personal" issues in the family, their dad's wife, their stepmom, was not invited.

Despite this, their dad arrived to the wedding without the stepmom.

The real issue came after the wedding. The reddit poster's newly married sister woke up to a picture posted to social media by her father that upset her.

In that social media post was a picture of their stepmother photoshopped into the wedding pictures, the dad congratulating his daughter on her wedding.

"I can understand that she felt excluded, but she had plenty of opportunities to make up with my sister and earn an invite to the wedding," the concerned sister explained.

Apparently, she confronted her father about why he posted the photo, and he claimed it was because he felt his wife should have been there and that "the idea of photoshopping her in was good."

The sister revealed: "According to my dad, the idea was his, and it wasn't to make a big deal of the wife not being there.

"He thought it was funny, especially that you could photoshop with a phone now.

COULDN'T MAKE IT UP

I'm a catfish & my make-up is so good, people say I look like Barbie 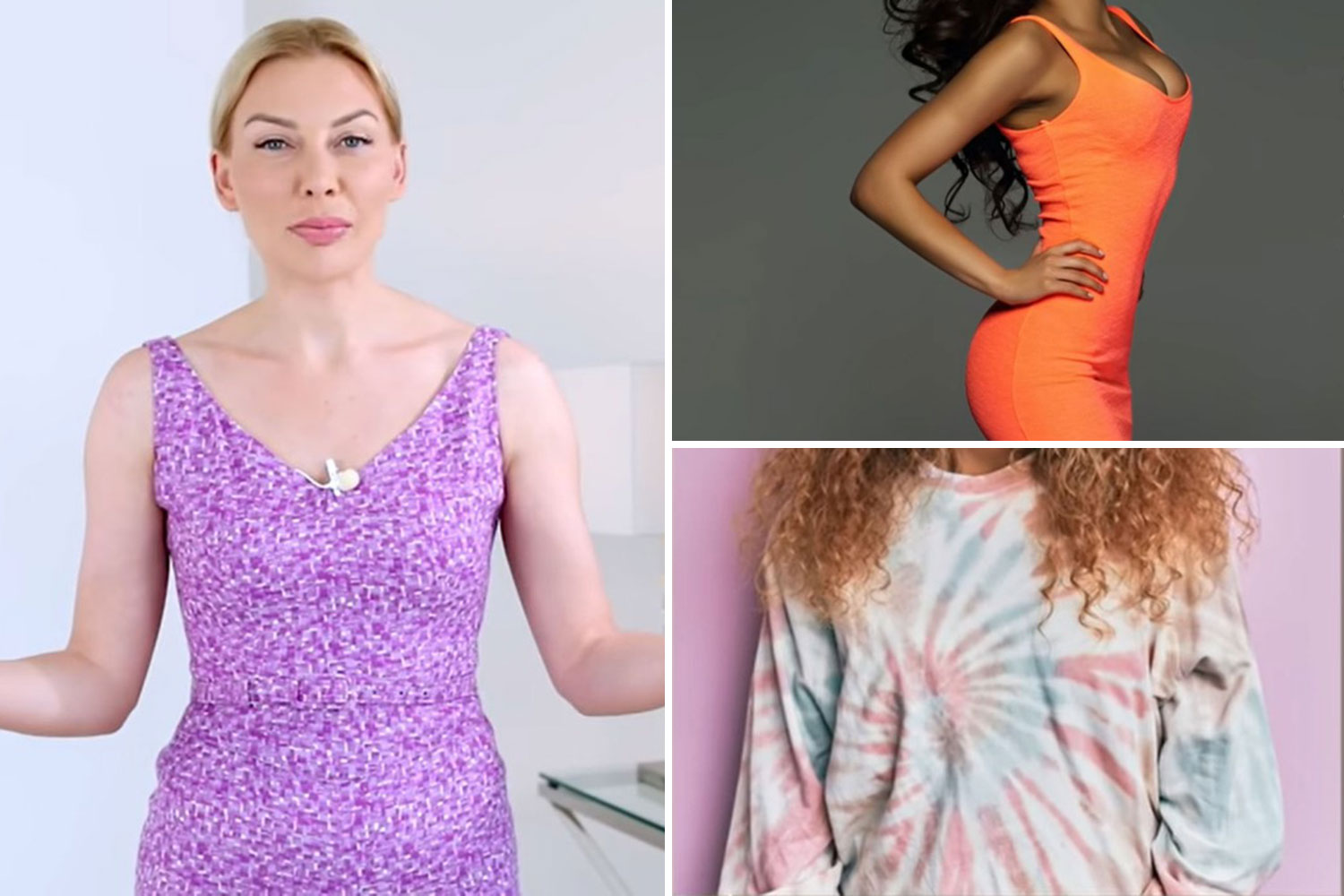 "I tried to explain how while I could see him trying to be comedic with it, the context of the post mattered."

She tried to stress that these photoshopped images were distasteful because they were mixed in with nice photos from the wedding, though her dad was trying to "make the best of an awkward situation."

Her dad didn't seem to understand when she explained that his joke didn't come across how he intended, and seemed more passive aggressive and petty than anything.

The woman explained that there was no big resolution to the situation.

"I told him that I didn't personally agree with what he had done, and that was really it. The subject got changed, and we at least ended the conversation amicably," she said.