A HEARTBROKEN mum has told how she spent five days with her three-year-old son’s dead body after he was tragically killed in a car accident.

Yasmine Corkum, 28, from Newtownards, Northern Ireland, and her partner Michael dressed Kai’s body in his favourite Paw Patrol pyjamas and tucked him up in his Star Wars duvet following his death. 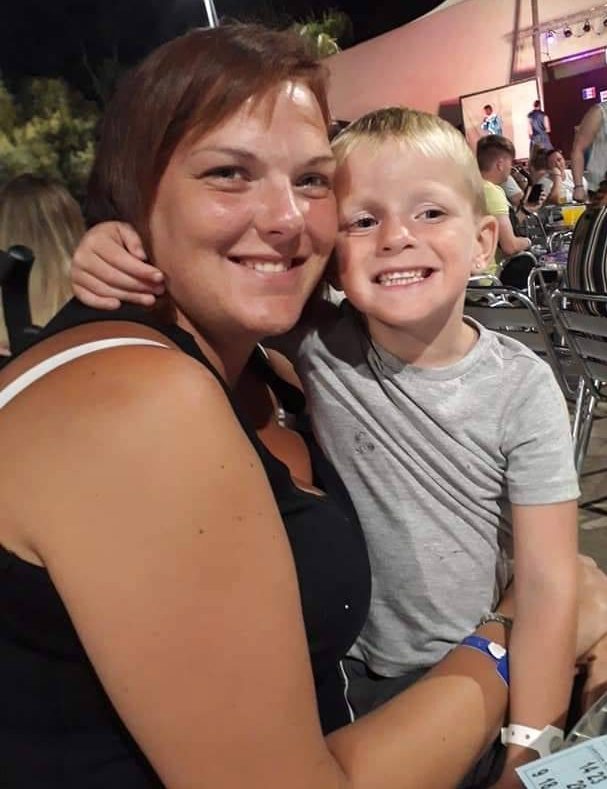 The family spent time saying their goodbyes while Kai’s two brothers, Tyler, six, and five-year-old Mason, played at the bottom of his bed.

Yasmine told Fabulous Digital: “We didn’t want to leave Kai’s body in the funeral home. I couldn’t bear the thought of him being kept in a fridge. I was still his mummy. I wanted him at home where he belonged.

“We were told it could take several days for the blue coffin we wanted to arrive. That's when the funeral director suggested tucking him into bed instead. Immediately Michael and I felt like it was the right thing to do.”

Kai had been going to the local Spar with his aunt Amanda Corkum, 26, to buy a lollipop when he was caught in collision with a car near his home on December 14, 2018. 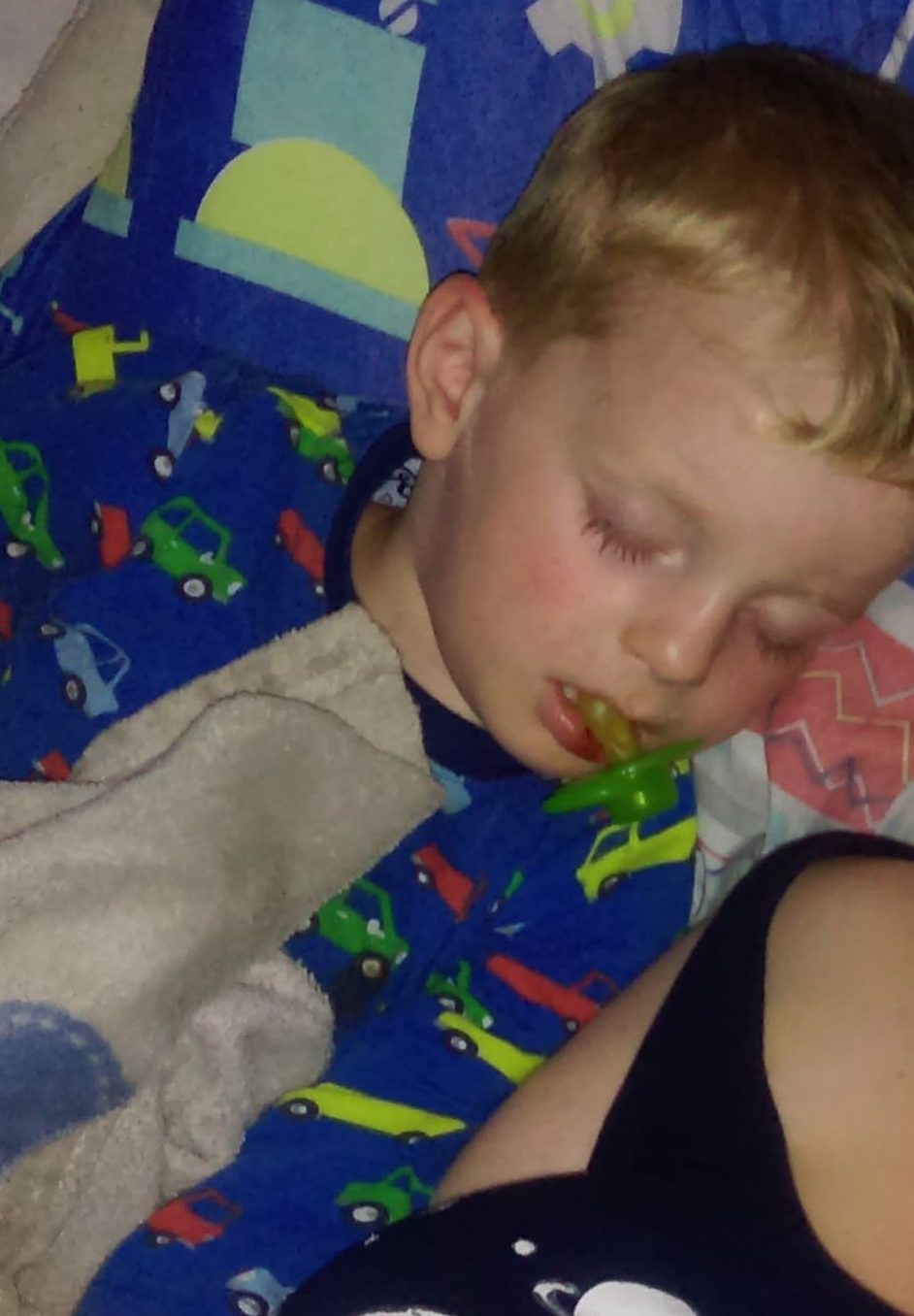 Yasmine said: “I told him to behave himself and hold onto his Aunty Amanda’s hand. She said she’d buy him a lollipop so he was full of excitement.”

Yasmine was upstairs folding her washing a few minutes later when she heard a commotion, and shouting that Kai had been hit by a car.

She said: “I felt like panic had given me wings. I flew down the stairs, burst out of the front door, then ran for my life in the direction of the pedestrian crossing by Spar, where I could see people gathering.

I couldn’t bear the thought of him being kept in a fridge. I was still his mummy

“My jeans were falling down and I’d lost one slipper, but I didn’t care. I’d have run naked down the street if that’s what it took.

“As I got closer, I saw Amanda bending over a crumpled figure in the road and howling. I saw Kai’s blue jacket. A passer-by was attempting CPR.

“Then someone else pulled me away, telling me not to look. I was screaming at them to let me go, I’m his mum. Amanda was sobbing that Kai had been holding her hand the whole time.” 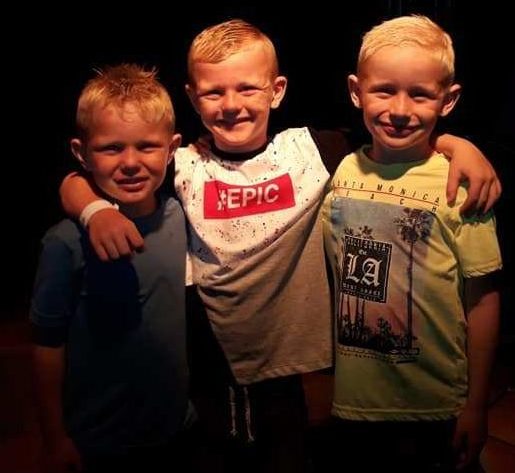 Paramedics arrived and Kai was bundled into the ambulance with Yasmine, while Michael followed in his dad’s car.

They managed to get Kai’s heart restarted just before they arrived at Belfast’s Royal Victoria Hospital. He was rushed into resuscitation, while his parents were taken into a side room and told to prepare themselves for the worst.

Yasmine said: “Against the odds, a team of specialists managed to stabilise him, and we spent the night sitting at his bedside, clinging to his wee hands as machines beeped around us.

As I got closer, I saw Amanda bending over a crumpled figure in the road and howling

“But the following morning scans showed that Kai’s brain stem has been severed and his neck was broken in two places. He would never be able to breathe on his own again.

“At 5.10pm, we agreed that they could turn off his life support. I was crying and telling him I loved him as the machines were switched off.

"Kai took five breaths on his own, as Michael and I prayed for a miracle. Then he was gone, an angel at just three-years-old.

“My legs gave way and I ended up in a heap on the hospital floor, sobbing with despair. Just a day ago he’d been making Christmas cards at nursery.”

It was a second tragedy for the family. They had previously lost their baby daughter Lily-Mai to bronchial pneumonia when she was just under five-months old.

Medics needed to do a port-mortem on Kai’s body, so the couple headed home to break the news to Tyler and Mason, who’d been staying with Amanda and her partner Amy.

We know that some people might think tucking their dead son into bed is a strange thing to do, but for our family it really helped

The boys had made get well cards from their brother, and were distraught when they were told that he’d gone to heaven.

The following day, Saturday, Michael and Yasmine had an appointment at their local funeral directors, Clarke’s and Son. They were told the blue coffin they wanted couldn’t be ordered until Monday.

Yasmine said: “The funeral director suggested we could put Kai into bed for a few days. 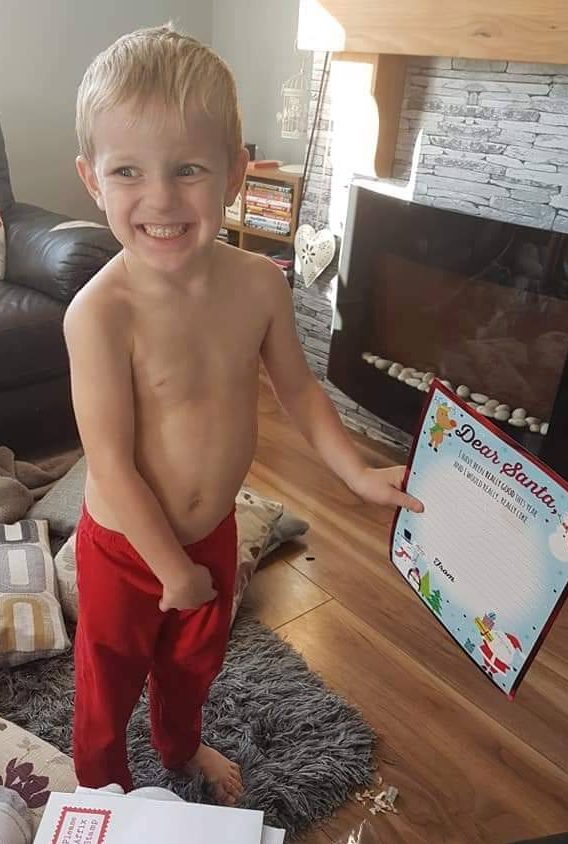 “We know that some people might think tucking their dead son into bed is a strange thing to do, but for our family it really helped. Having him at home, where he belonged, gave us precious days to say farewell.

“I got a bed all ready for him, with a new Star Wars duvet set and his favourite Paw Patrol slippers. Then the funeral directors brought him home and carried him upstairs for us.

“Walking into the bedroom, I had to catch my breath. Kai looked just as though he was sleeping. At any moment I expected him to open his eyes.

I got a bed all ready for him, with a new Star Wars duvet set and his favourite Paw Patrol slippers

“They’d put a wee bobble hat on his head to cover up his fatal injury. But when I took his hand, it was deathly cold.”

For the next few days, the family spent lots of quality time sitting with Kai, talking to him and telling him how much he was loved.

Tyler and Mason played at the bottom of the bed, not fully understanding the situation.

Yasmine said: “They kept asking me why Kai wasn’t waking up, and why he was so cold. I told them his soul was up in heaven but his body was here to say bye bye to us. 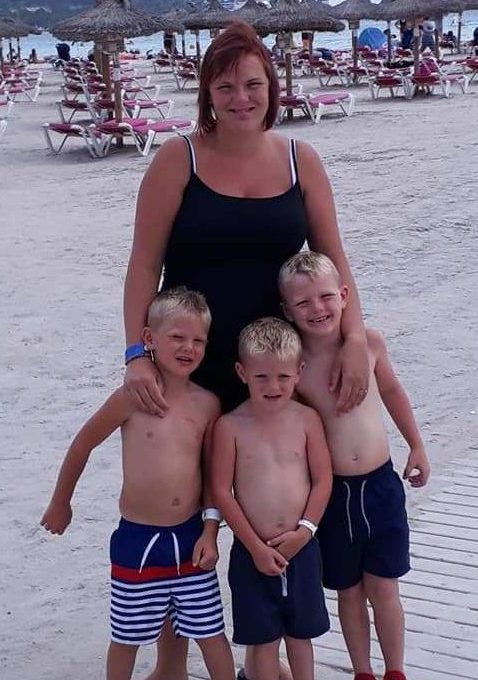 “Amy and Amanda brought the lollipop that he never got chance to eat, and set it in his hand.”

On Tuesday December 19 Kai’s coffin finally arrived, and Yasmine settled his favourite monkey stuffed toy into his arms before the lid was closed.

Mourners lined the streets of the neighbourhood to pay their respects and Kai’s favourite song – Baby Shark – was played.

An investigation into the crash that caused Kai’s death is still ongoing.

Yasmine said: “His Auntie Amanda has been inconsolable, but we know she was looking after him and holding his hand. She did everything she could.

“Each day I wake up and it hits me all over again that Kai’s bed is empty. In fact we’re redecorating, turning an upstairs room into a play den for Tyler and Mason.

“I’m still their Mummy, and they need me to be strong and carry on."

Meanwhile, a heartbroken mum who delivered a stillborn baby released poignant photographs of him – and told how it has helped her heal.

And, one woman told how distressing it was to deliver her child, knowing he had died in her womb.