THIS WOMAN has shown how you can still loose stubborn weight while eating the foods you love – including pizza, nachos and fries. 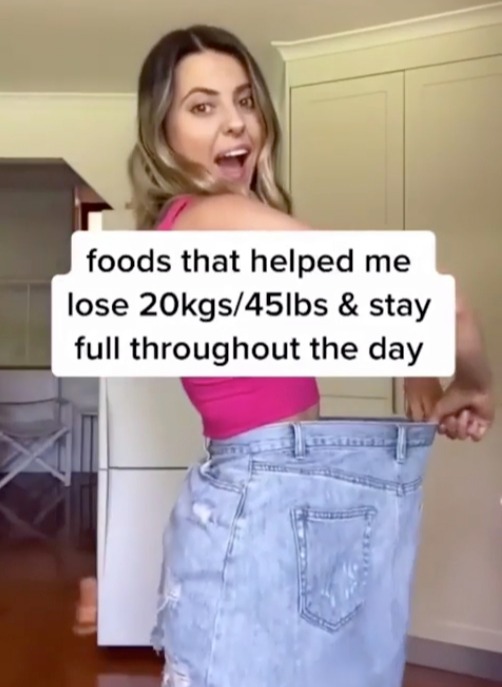 The businesswoman now promotes a healthy lifestyle on TikTok where she explained how she turned her life around.

She even showed off her incredible body transformation as she stood wearing her old skirt, which now hangs off her.

Bree believes that "high volume is key" which means choosing foods that keep you full for longer while still reducing your daily calorie intake – and it often means you can eat more too.

The Queensland woman swapped crisps for popcorn which was her go-to snack, while sweet potato became her staple ingredient. 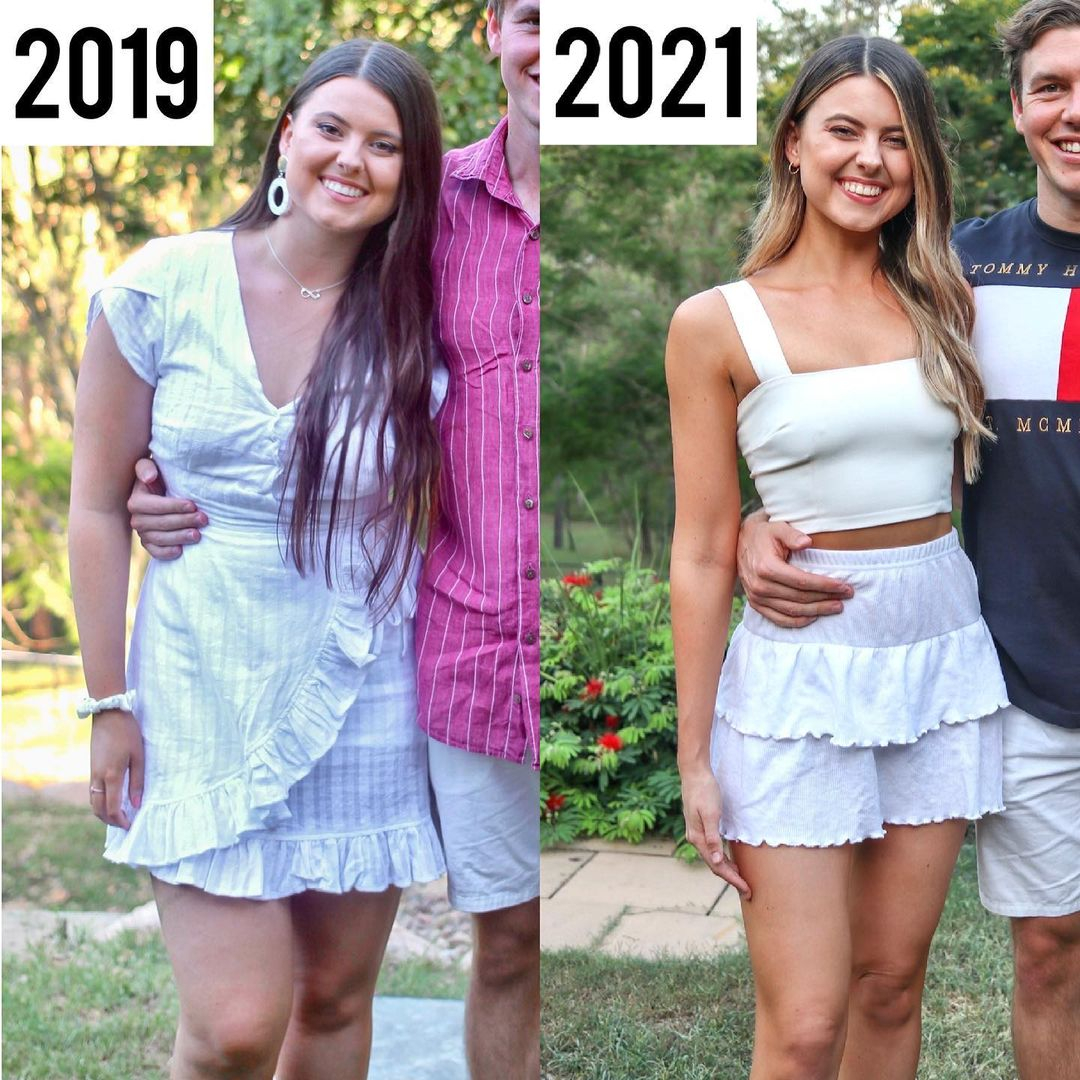 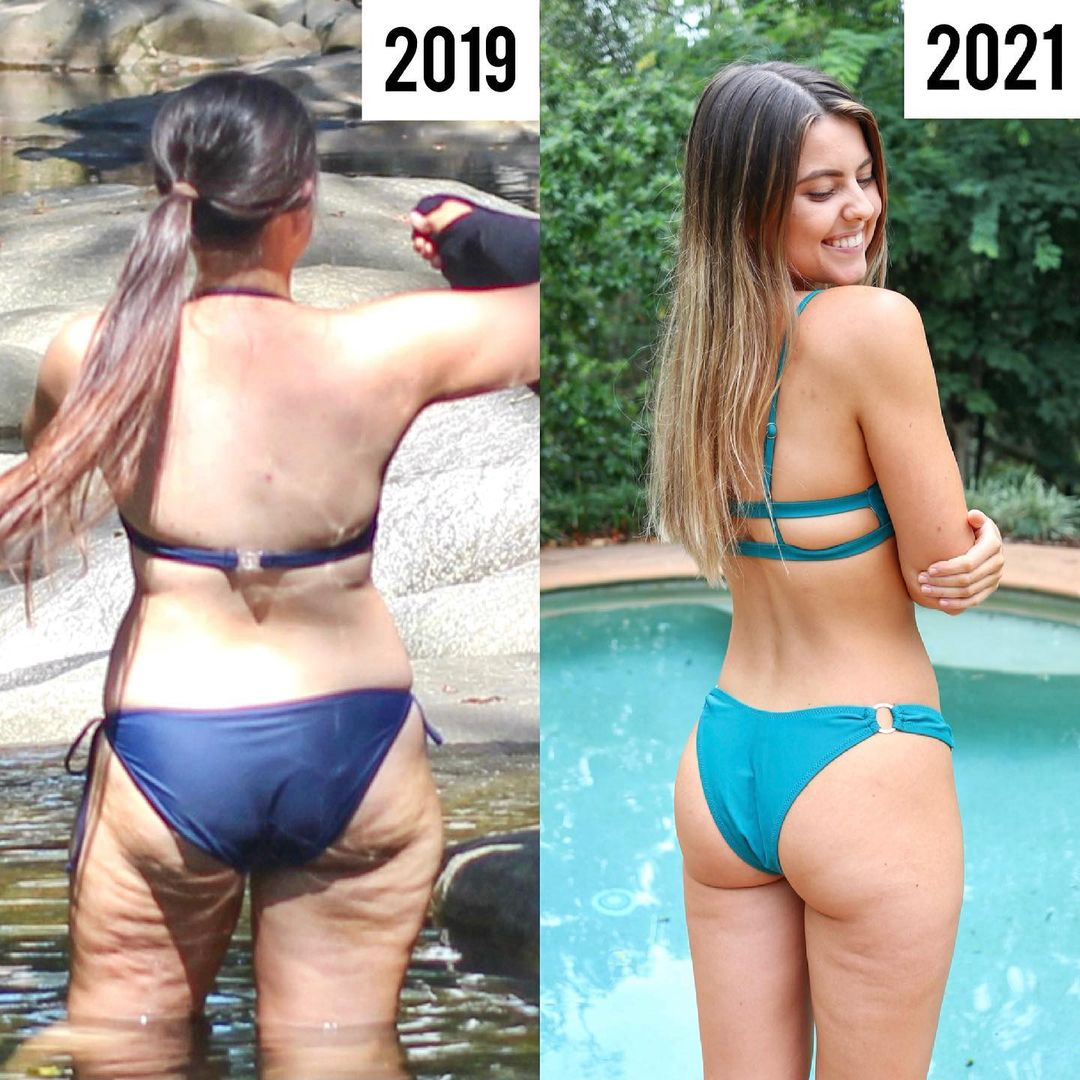 "Popcorn is low in calories and higher in volume, which means you can eat more and feel fuller," she said in one video.

Meanwhile, she revealed how a single ingredient, sweet potato, can be used in many ways to create tasty meals – and is a good substitution for bread.

By eating this way and choosing healthy foods majority of the time, Bree was able to consume pizza, nachos, fries and other so-called "unhealthy" foods.

She even found ways to make her "treat meals" healthy, and shared her recipes online. 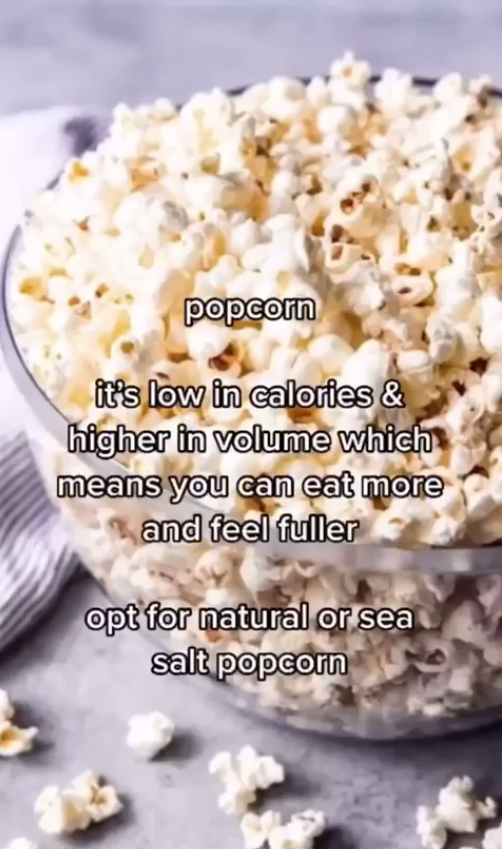 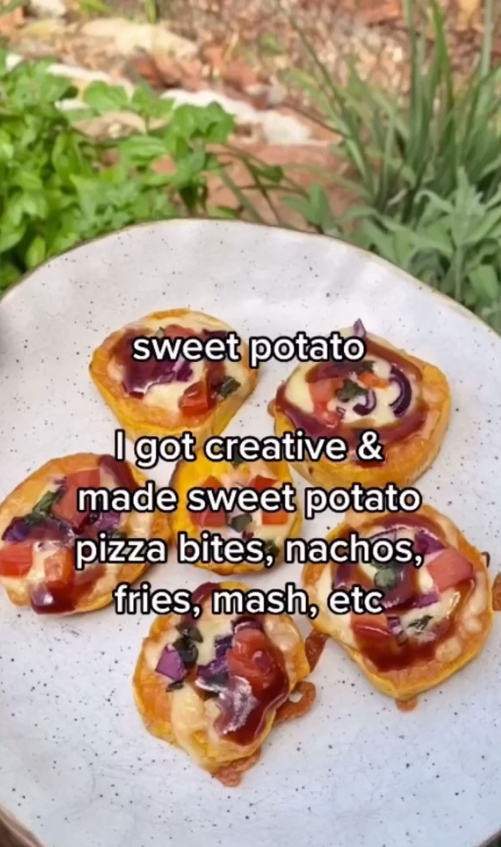 "My personal favourites are the sweet potato pizza bites and mini quiche boats… These are next level good, plus you can store them in the fridge to grab on the go and they still taste amazing," she said.

Bree's health journey began in 2019, when she said she switched her mentality from "how to be skinny" to "how to be healthy".

At one point, Bree said that she'd lost her menstrual cycle, ignored her body's natural hunger cues and even feared social events, all in a bid to "be skinny."

But the shift in her diet was "so much more rewarding than having abs or a thigh gap," she said, noting her love for "unhealthy" foods. 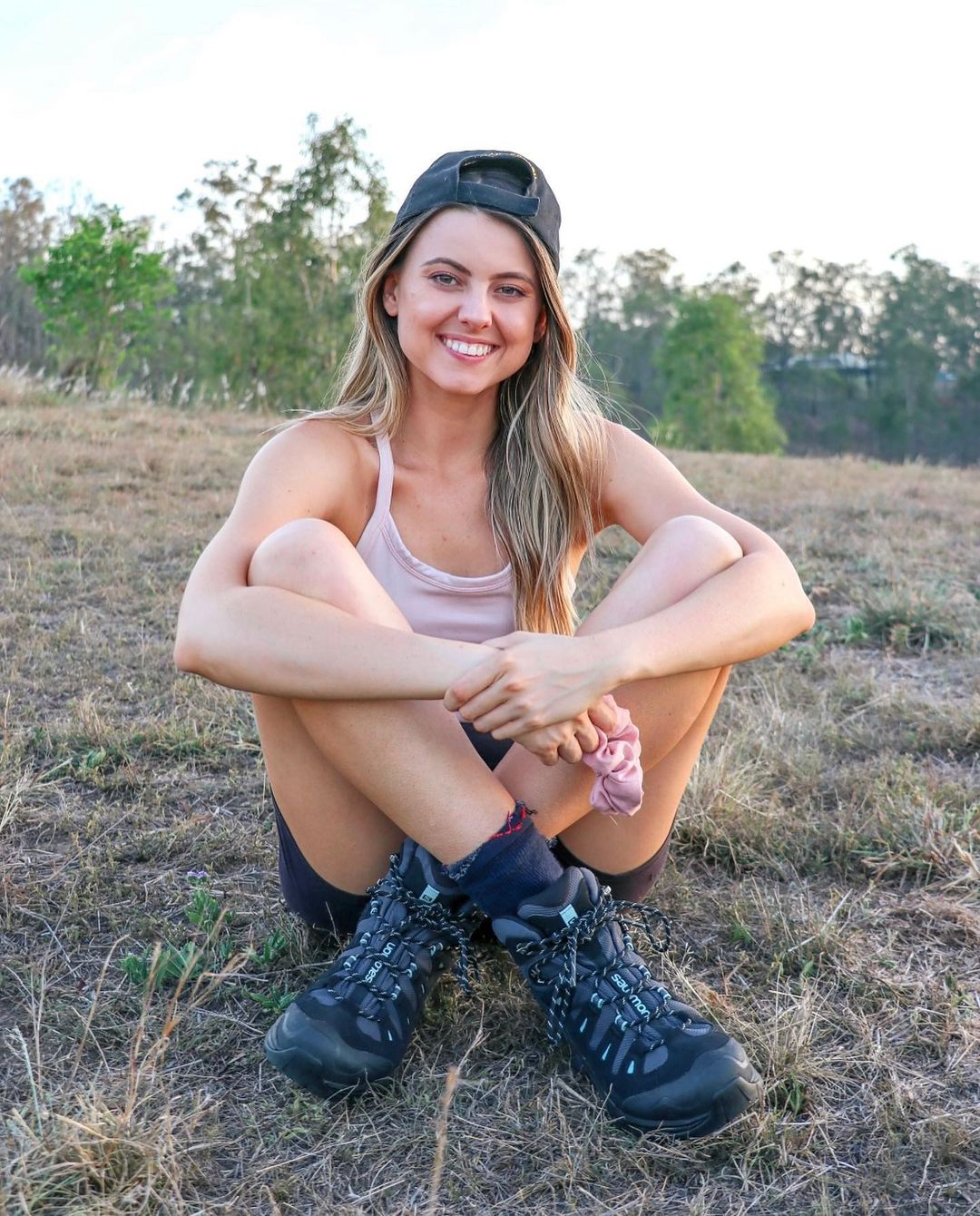 "With the mindset shift from 'skinny' to 'healthy', I became so much more confident in my body as well," she shared in a detailed Instagram post.

"It was no longer about trying to LOOK a certain way, but rather about FEELING my best on the inside."

"These things are all perfectly normal & healthy, which is something I'm so grateful for," she wrote. 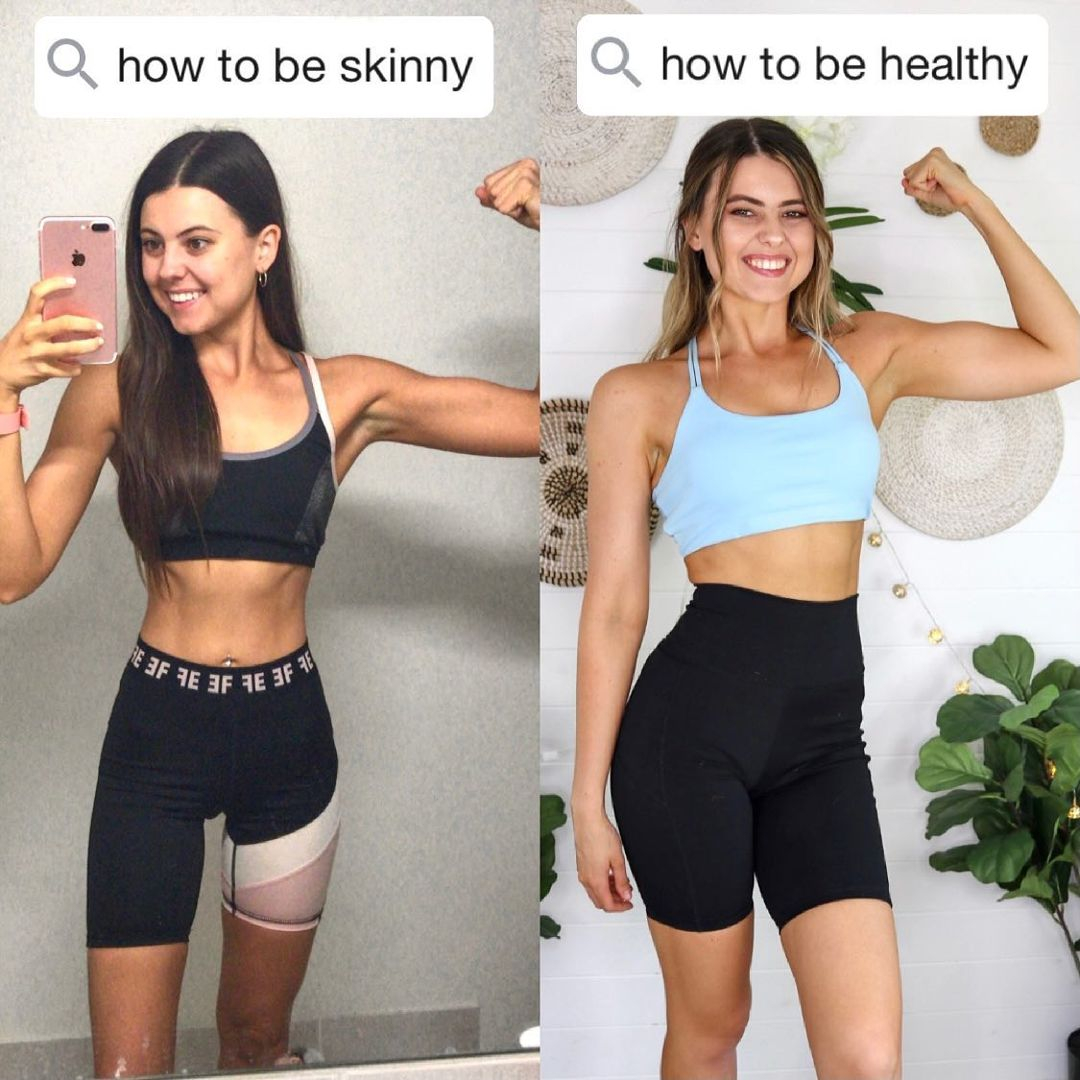 Bree said sweet potato was a good substitution for bread, which she ended up using to make her own pizza.

The bites are 250 calories in total, and mimic the flavours of a pizza – so they're perfect when you get a craving.

Meanwhile, a mum-of-seven shares candid naked snaps after putting on three stone during lockdown – and reveals how she’s lost it ALL.

And this mum who was too fat to play with her kids nicknamed ‘Miss Slinky’ after shedding 7st 3lbs.

Plus this woman broke down in tears when a size 20 Christmas present burst at the seams – now she's lost 4.5st and a slim size 10.