A WOMAN'S claimed she's so hot that younger men constantly approach her at nightclubs.

The TikTok user, Holly Kelly, uploaded a video on her social media sharing what happens when she goes out clubbing. 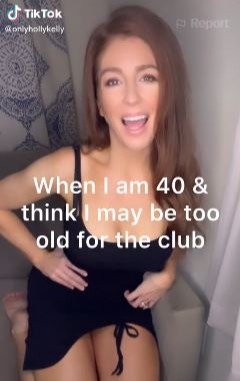 According to the self-confessed ''cougar'', younger men often approach her not knowing her age.

She also confessed that she regularly catches her 20-year-old son's friends staring at her when visiting the family house.

Holly, who has over 80 thousand fans on TikTok, added that some of her followers are husbands of her ''haters''.

''That's because you're absolutely stunning,'' wrote a person.

Another viewer couldn't believe her age: ''40?

I'd wake up & buy vodka instead of getting kids from school, says Michelle Heaton

''you just started,'' he commented.

''Yes i dance with you anytime,'' shared a TikTok user.

''age don't matter when you look good,'' agreed someone else.

Meanwhile, this woman who calls herself a 'proud cougar' reveals she's double the age of her man and doesn't care if people think she's his mum.

Plus, this woman went on a date with her sugar daddy when she overheard the staff gossiping about them – so she confronted the waiters.

Also, one sugar baby is not impressed – she rates the lavish gifts her sugar daddy's given her from 1-10. 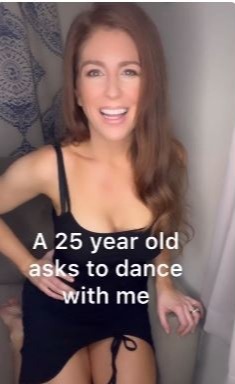