A MAN who tattooed his own face on TikTok while drunk insists he has no regrets.

User @crisggrim went viral after sharing a clip of him inking between his eyebrows despite being tipsy. 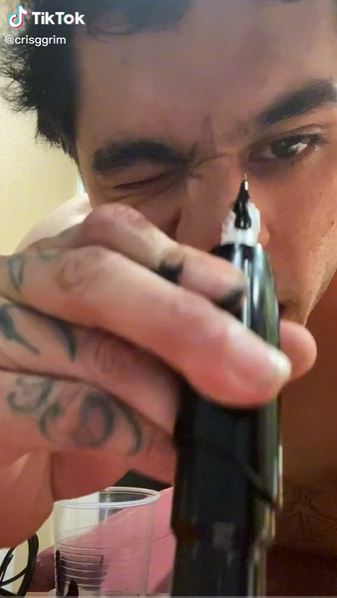 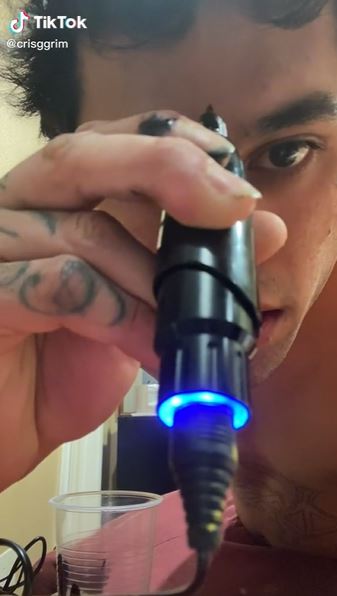 The self-proclaimed punk rock artist can be seen attempting to guide the tattoo gun down from his forehead to create a line.

Open-mouthed and staring blankly into his phone camera instead of a mirror, he draws up and down shakily.

A thick black line can be seen on his face as the video – viewed more than 3million times and captioned "no regrets" – ends.

He later shared another clip on the platform, showing that he had made the line into an upside-down cross. 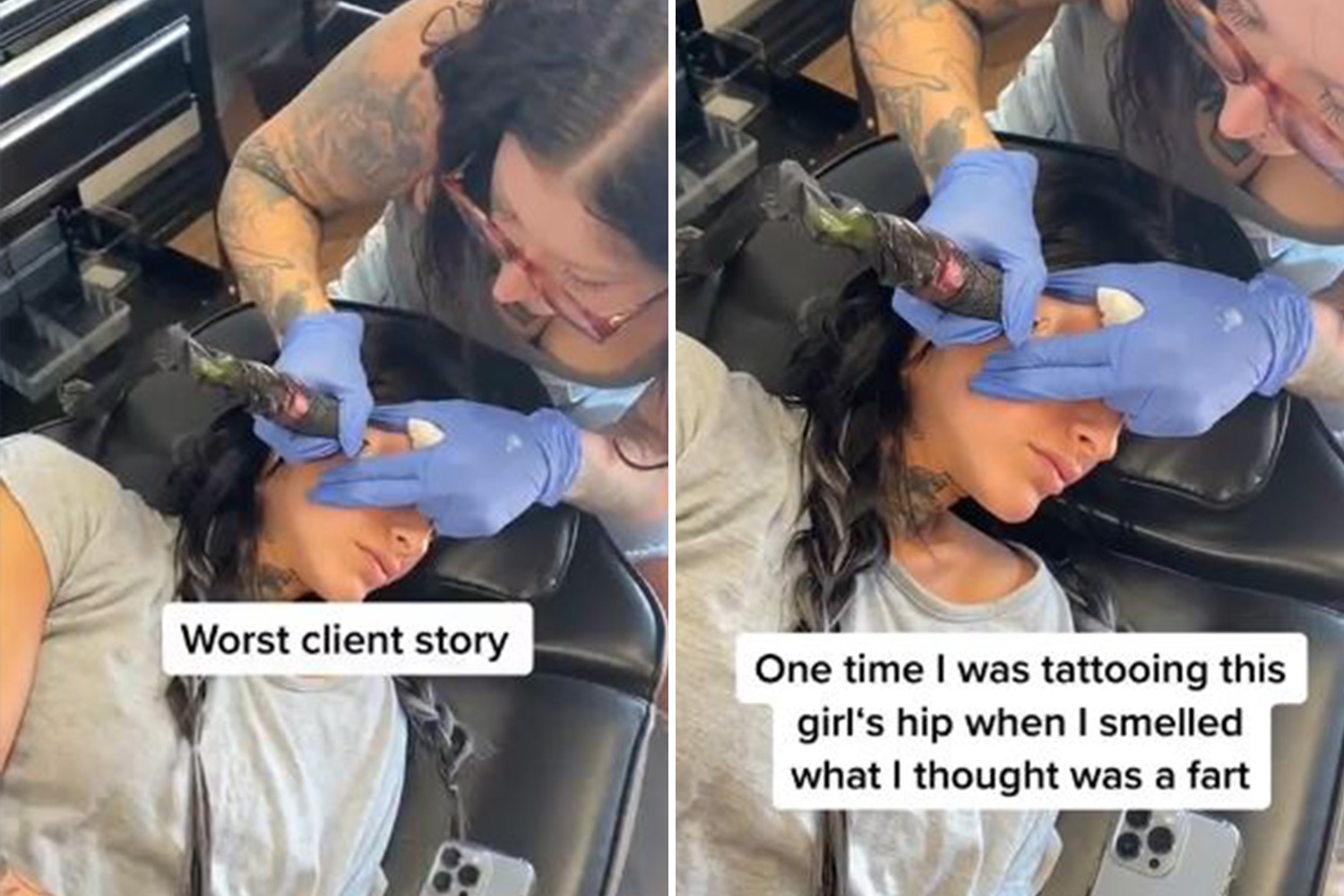 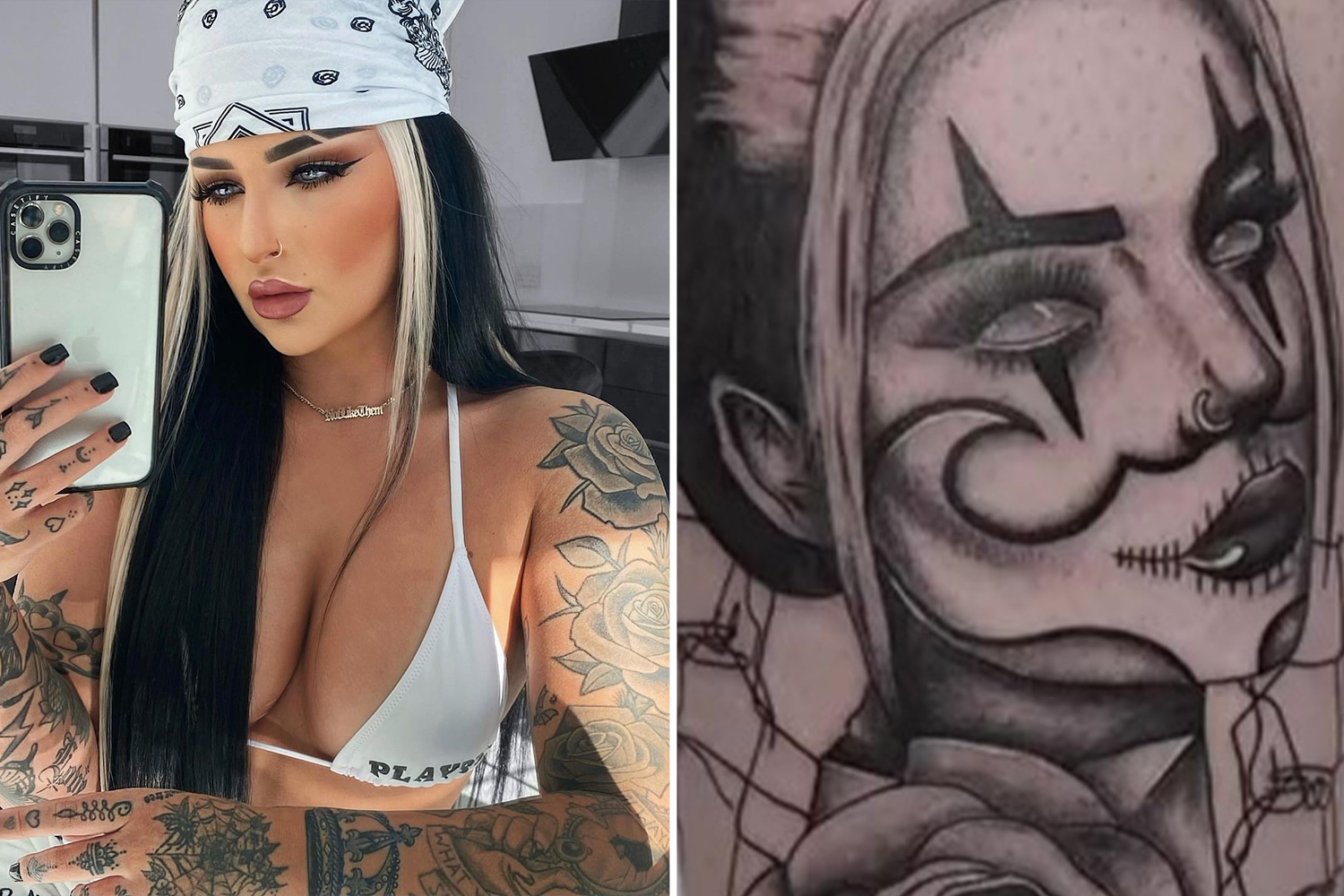 But while some hailed his bold move, others were left stunned.

Another said: "I mean at the end of the day we only do live once."

But a third responded: "No you will regret this. You probably already do."

DAME IN A DAY

I could've spoken to Wills all day, says Deborah James as she gets Damehood

It comes after a woman was left fuming after the cute bow tattoo she wanted around her neck turned out terribly.

And another tattoo fan who got an extremely rude inking on her arm says she doesn't regret it despite people hating it.

TikToker Zoey, who goes by the username @zoeywgr, even proudly states the bold artwork will be her "biggest flex as a grandma".

On the inside of her right arm, Zoey has an expletive phrase inked that reads: "Eat p***y not animals."

The fearless vegan says that although people tell her she will regret her tongue-in-cheek tattoo – she loves it.

It comes after this woman was left mortified after her family pointed out a very rude meaning of her upper thigh tattoo. 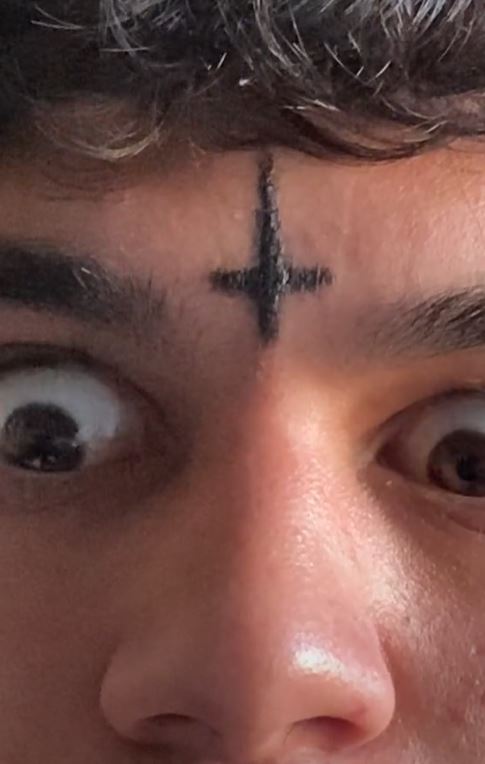