A FURIOUS wife got revenge on her husband by flogging his £45,000 footie memorabilia for just a fiver after she spotted him at a match with a mystery blonde.

Shelly Cohen, 41, from Warrington, Cheshire, has been married to Paul, 35, for nearly a decade, but was sick of being a ‘football widow’. 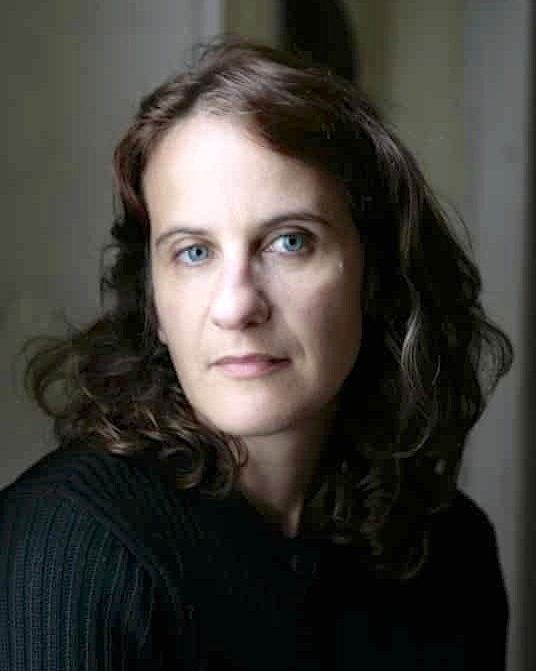 The stay-at-home mum, who spends her life running around after her three kids, two girls, aged eight and six, and a boy, 11, became “infuriated” by Paul always prioritising football.

The final straw came for Shelly when Paul lied about being at work one weekend.

Instead the business development manager went to watch his team, Manchester City, play.

But he got caught out when Shelly's best friend spotted him on TV – with a mystery blonde. 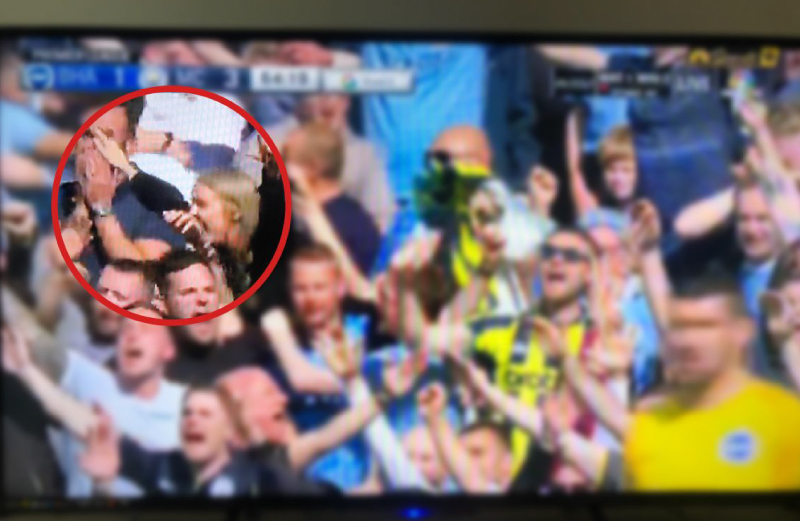 She texted Shelly who immediately switched on the TV, and discovered her husband wasn’t at work like he claimed, but getting "too cosy" with the blonde.

She told Fabulous Digital: “I'm still quite convinced that lady in the picture was not just a bystander as he claimed.

“It’s the fact that he lied and, that I actually fell for it. I suppose I just can’t believe I fell for it.

“I literally had no idea. How many other times has this happened? He does travel for work quite a bit but it could all have been lies.”

Shelly says she felt "humiliated" and was “seething” with rage, and decided to go after the thing he loves the most – his priceless football memorabilia. 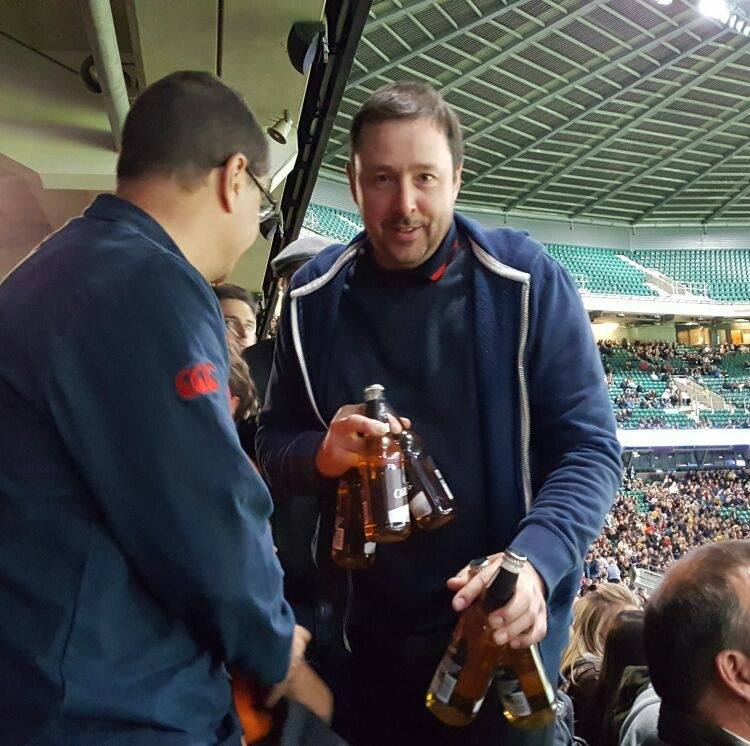 Paul had been collecting the haul for years and it spanned three generations, containing items such as vintage programmes from 60 years ago.

Shelly said: “I’d just had enough and come to the end of my tether with Paul and his priorities.”

She dumped the entire collection in a box and listed it for sale on her husband’s OnBuy account – for just £5.

In the listing, she wrote: “A very valuable collection priced to sell very quickly as I need to do this to get my life back on track.” 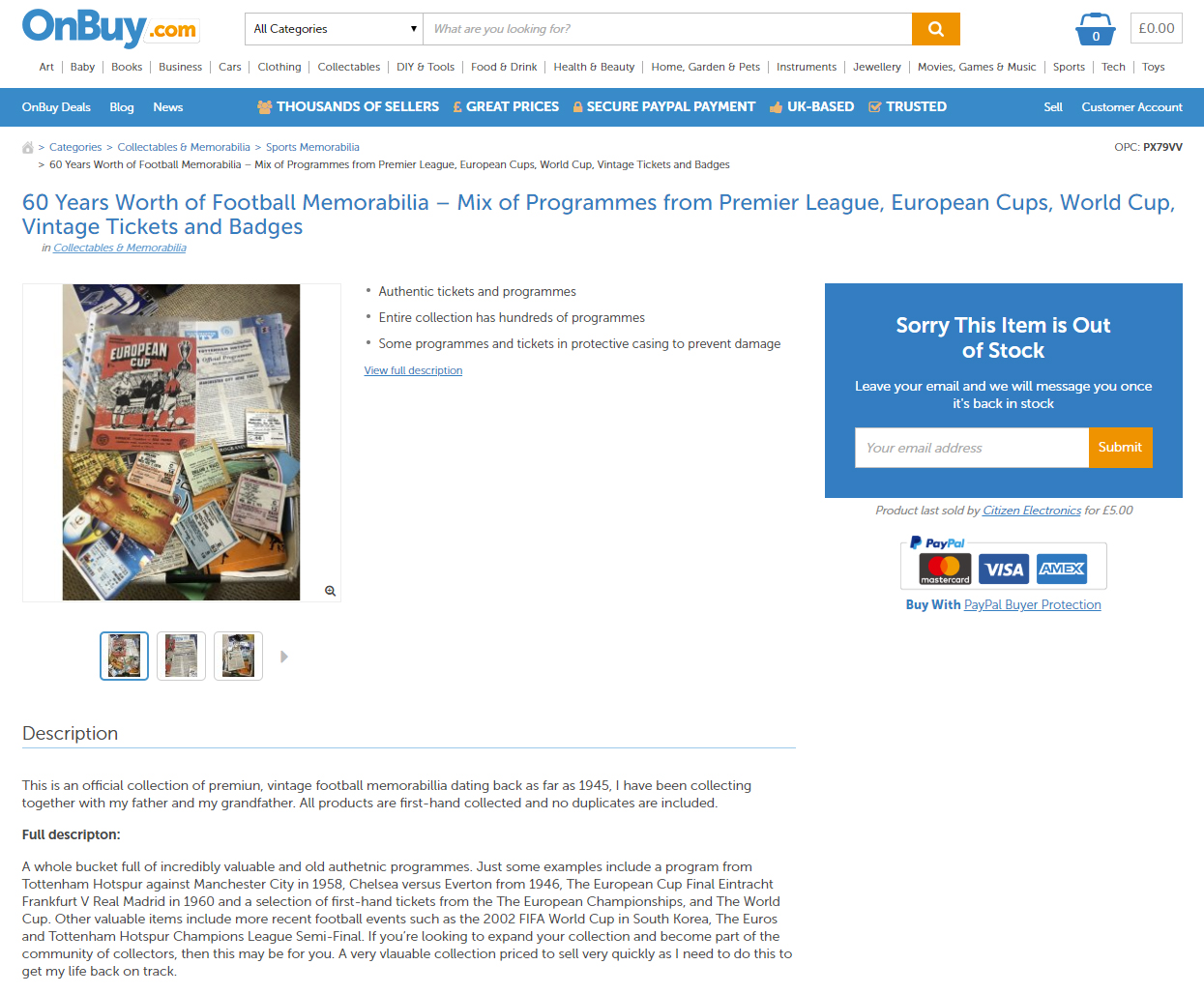 Needless to say the priceless collection was immediately snapped up, and Shelly handed it over to the buyer.

She fumed: “He’s always putting football ahead of our relationship and kids and then to learn that he wasn’t away on business and at the game with another woman infuriated me so much that I just saw red.

“I was absolutely seething with rage – so I hit him where it hurts.” 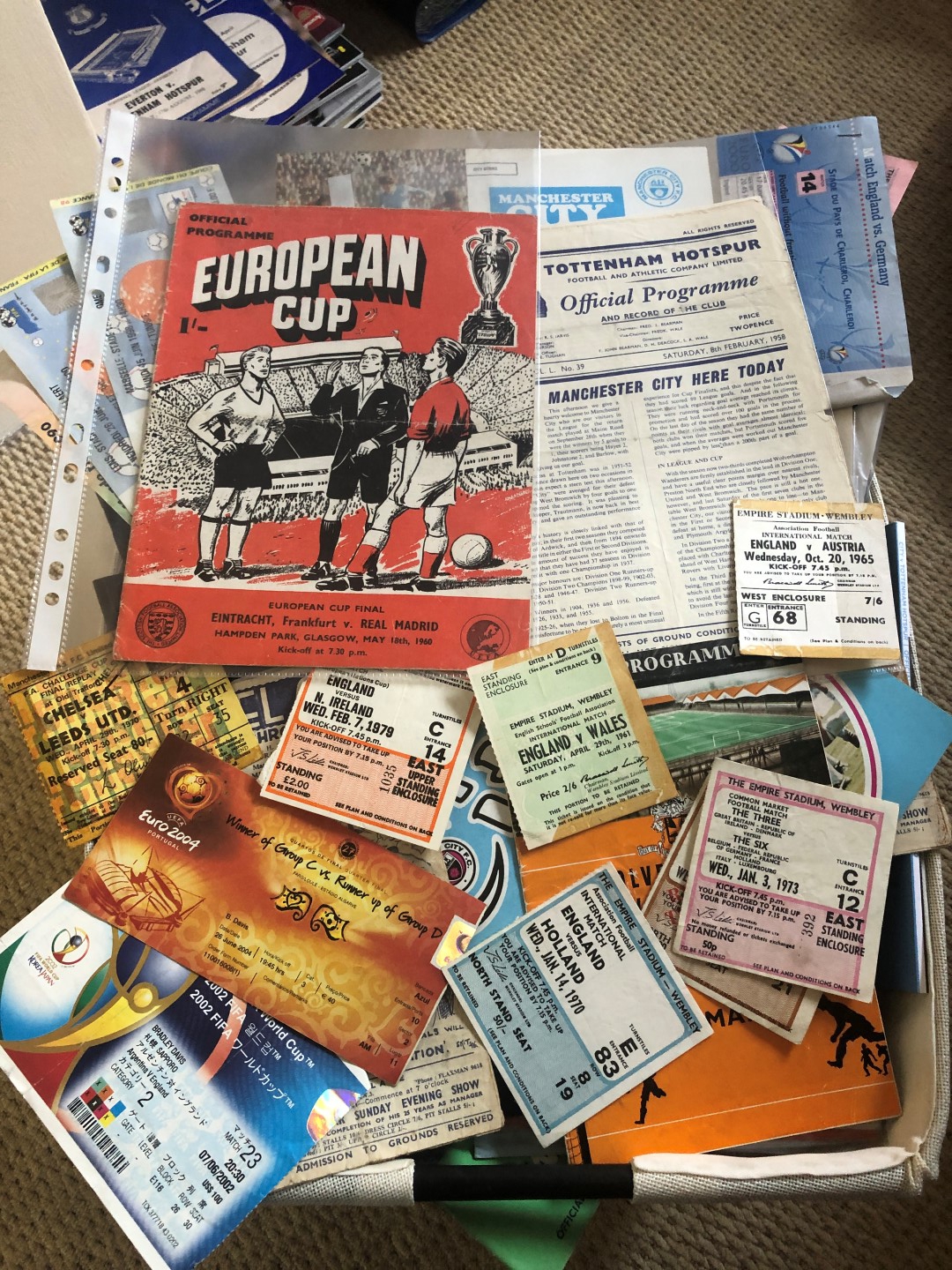 Man City easily beat Brighton 4-1 on Sunday May 12 – winning them the Premier League – and it wasn’t until the Monday that Paul realised something wasn’t right.

Spotting some emails about activity on his account, he realised what his wife had done, saying he was “completely stunned”.

Paul said: "I phoned Shelly immediately and she explained to me what she had done and why she had done it. How could she have done such a thing.” 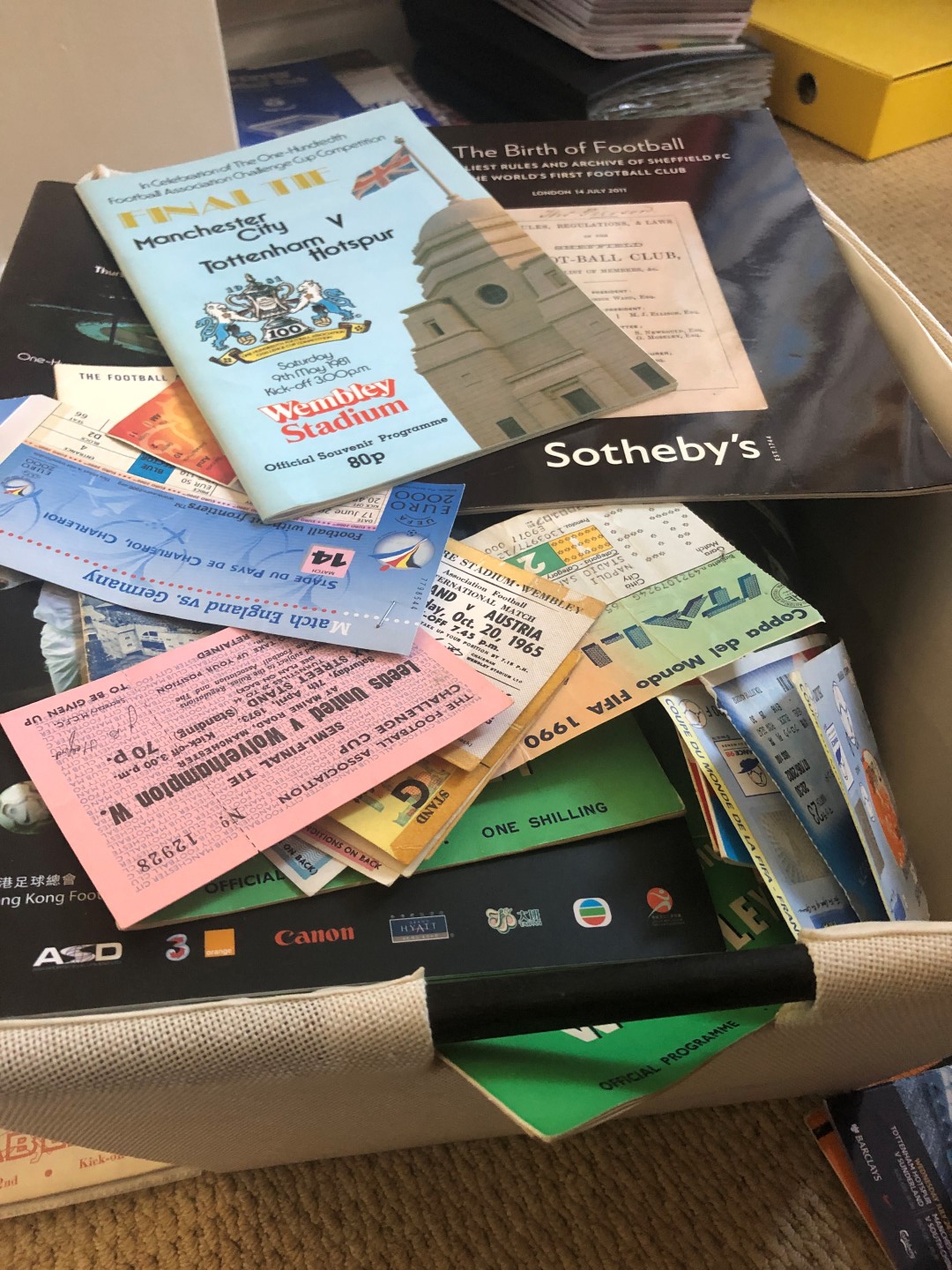 But he admitted he had lied about being at a work event.

He said: “Yes, I’ll put my hands up – I was at the game, but I didn’t know the woman who she was claiming I was there with; she was literally just a random woman who was sitting next to me at the match.

“It definitely looked a lot worse than it was. I accept that I shouldn’t have lied but she gives me such a hard time if I’m not around at weekends.

“I will never forgive her for what she has done. It was such an extreme reaction.

"It was not the first time her Spanish temper got the better of her. But she knew exactly what those items meant to me."

He said it was "part of his childhood", and he still remembers the day his father handed it to him more than 20 years ago.

Paul said: "That collection was such a big part of my life and had huge sentimental value as its contained items from 3 generations. I was hoping to hand it over to our son!”

He tried to get the collection back, but as the items had already been picked up the sale was completed.

Shelly said she doesn't regret selling his collection one bit.

She added: "Do I regret selling his collection? Absolutely not.

"My only regret is that I sold most of it. Should have kept some more in case I ever catch him doing this again."

The couple are still together but a pal admits "things are pretty tense between them".

Meanwhile one woman got revenge on her hubby after he shared intimate sexual secrets with his mum.

And a woman who was ridiculed by a date for her ASOS dress was picked by the brand to model it on the website.