THE honeymoon’s over for a pair of newlyweds who were so steaming mad at wedding no-shows — who originally RSVP’d “yes” — that they slapped them with a £174 bill to cover their costs.

A now-viral photo of the invoice tickled Twitter this week, calling out the “no show, no call” guests and declaring, “I don’t think I’ve ever seen a wedding reception invoice before lol.” The bold move, which is sure to seal the fate of that friendship, sparked a heated online debate over whether the couple’s missive was tacky — or totally justified. 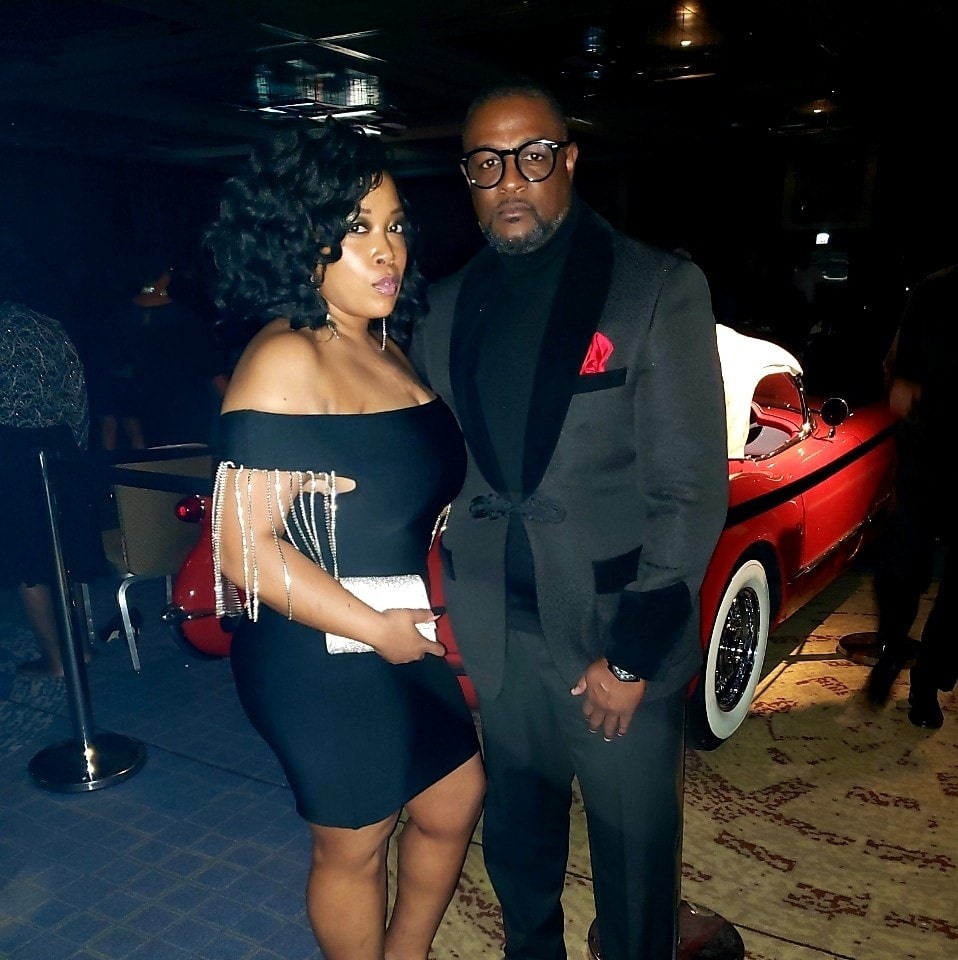 The no-shows were given a payment due date of one month from the August 18 invoice sent by the once-anonymous newlyweds whose Royalton Negril Resort & Spa wedding in Jamaica apparently cost $120 a head, per the detailed invoice that many tweeters assumed was fake.

The New York Post tracked them down on Friday. The good-humored groom admitted that getting stood up at the altar, so to speak, “made me feel some kind of way.”

The resulting wedding bill, originally posted to Doug’s Facebook, put the guilty parties on blast: “This invoice is being sent to you because you confirmed seat(s) at the wedding reception during the Final Headcount,” a note at the bottom of the “#PETTYPOST” reads. “

Because you didn’t call or give us proper notice that you wouldn’t be in attendance, this amount is what you owe us for paying for your seat(s) in advance. You can pay via Zelle or PayPal. Please reach out to us and let us know which method of payment works for you. Thank you!”

Doug stressed that it’s not about money — it was already pre-paid. However, he and Dedra felt hurt and disrespected by the no-shows at their hard-earned dream wedding, which had more than 100 attendees.

“I wish I’d thought of this. A third of the people who RSVP’d for our wedding didn’t show up," said one person. "We paid for a LOT of food that went to waste (though it was a LOT LESS than $120 a plate),” said one woman.

Another critic said: “You are so special to us that we invited you to our wedding. However, we are going to severe [sic] that relationship for $240 because you didn’t let us show off to you in person. But we will send an invite to our baby shower at some point, so show up with a gift or face collections.”

One observer proffered a simple response to the couple — send back the invoice with a catch-all “LOL” scrawled across the bill in big red letters.

However, when reached by The Post, the groom admitted that yes, he got a “little petty — but I am not some trifling person who is going to bill somebody.”

When reached by The Post, the groom admitted that yes, he got a “little petty — but I am not some trifling person who is going to bill somebody.” 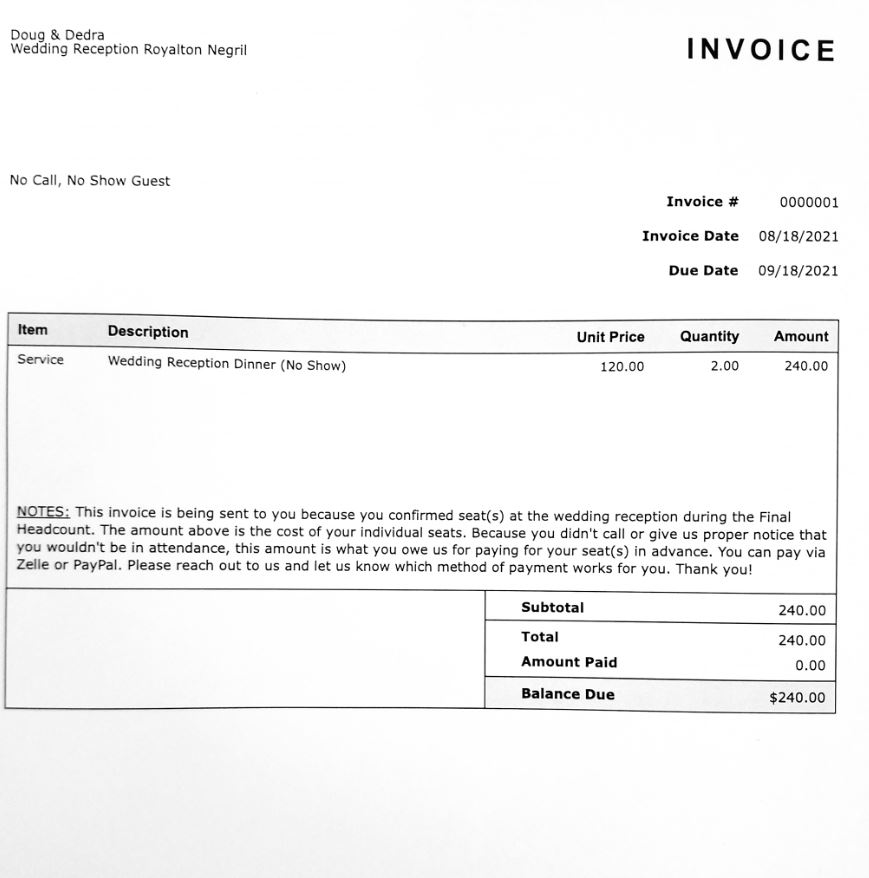 Doug, a small business owner, stressed that it’s not about money. He and his new bride were merely hurt and felt disrespected by the no-shows at their hard-earned dream wedding with more than 100 attendees.

“Four times we asked, ‘Are you available to come, can you make it?,’ and they kept saying ‘Yes,’ ” he told The Post. “We had to pay in advance for Jamaica — this was a destination wedding.”

However, at the final headcount — they realized not everyone kept their word.

“No one told me or texted me, ‘Hey, we can’t make it,’ ” Simmons said. “That’s all I was asking. If you tell me you can’t make it, I would be understanding — but to tell me nothing, but then let me pay for you and your plus ones? Four people became eight people. I took that personally.”

This was originally published in the New York Post with permission.