She stole the show in an asymmetric, black gown by Givenchy as she presented the award for British Designer of the Year, but you spot the sweet nod to Prince Charles in her look? 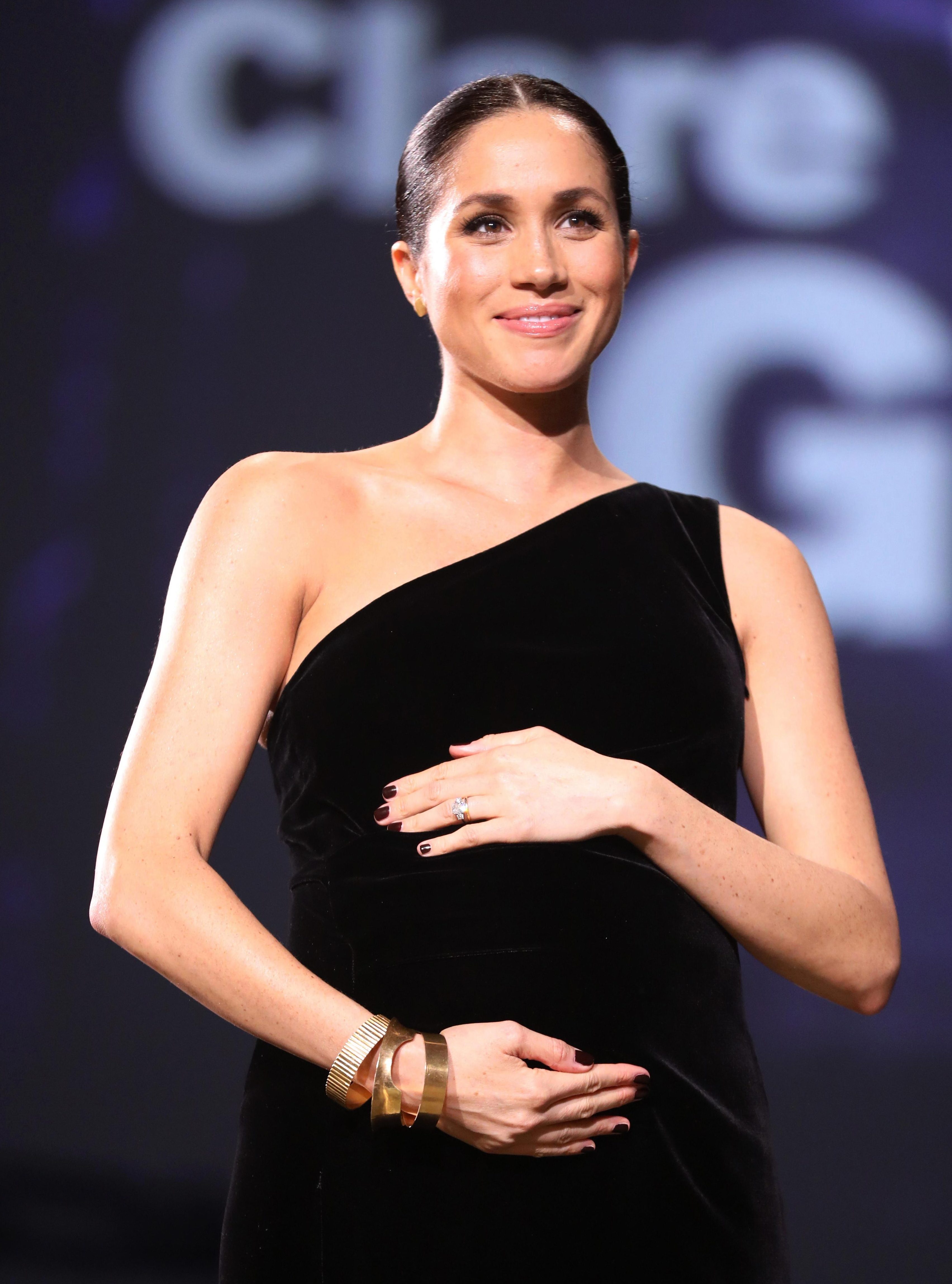 The Duchess of Sussex, 37, teamed her floor-length velvet gown with gold strappy heels and gold bangles by Pippa Small, one of which is worth £360.

The royal also wore a pair of Nosheen Stud earrings by the same designer, worth £50.

The Sun's Royal correspondent Emily Andrews said: “What I thought was interesting was her jewellery by Pippa Small.

“Her bangles and stud earrings were made by artisans of the Turquoise Mountain Foundation in Afghanistan, a charity that helps those in conflict areas and is supported by her father-in-law Prince Charles. 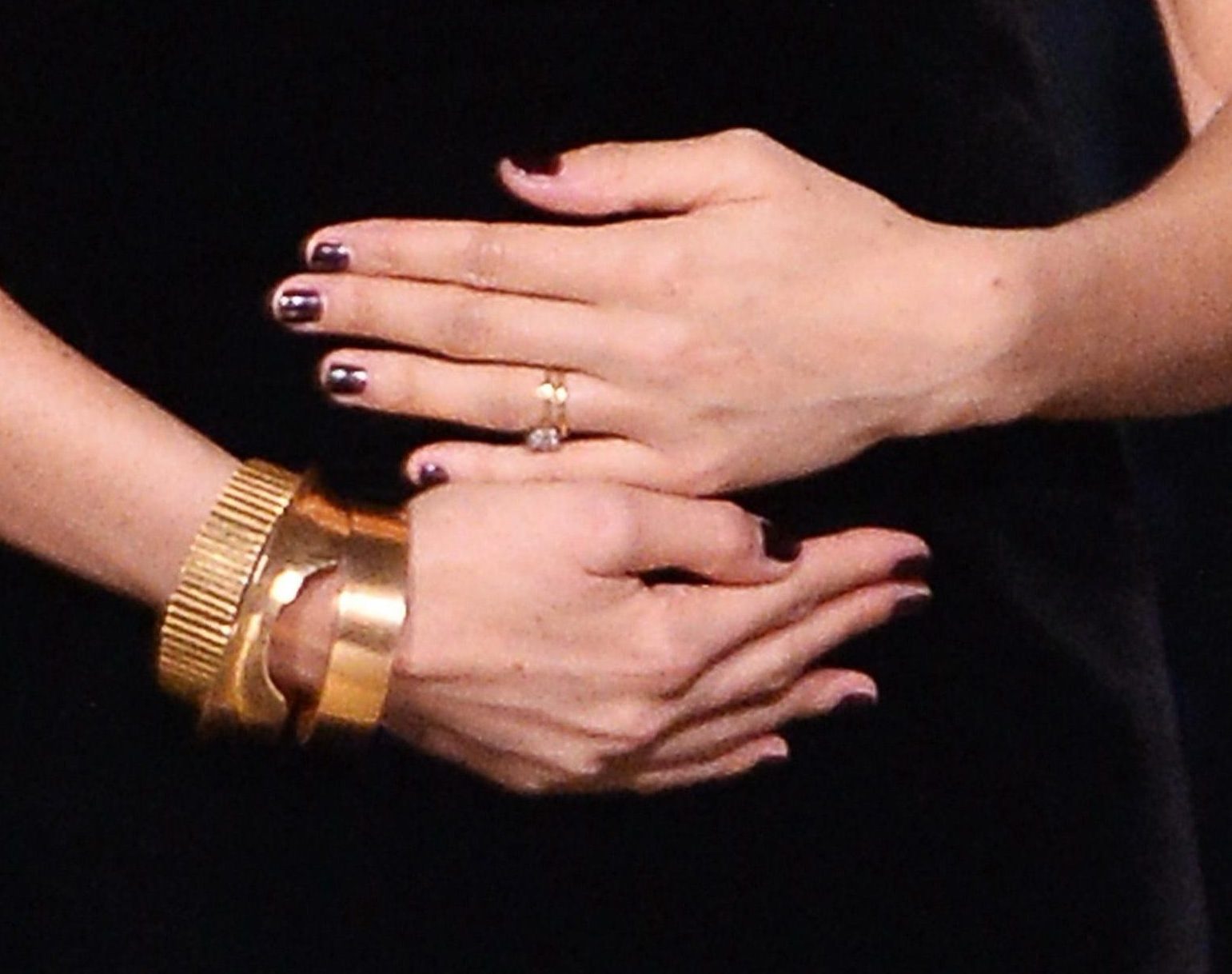 “Meghan wants to wear jewellery and clothes that are both fabulous and have a social conscience.
“And by wearing it at such a high-profile event as last night, she’s ensuring her choices make a difference. Charles will be chuffed!”
Meghan also opted for a dark manicure to match her floor-length velvet dress and it looked sensational.
Typically royal women wear natural coloured nails, often favouring the Queen’s personal favourite shade, Essie Ballet Slippers. 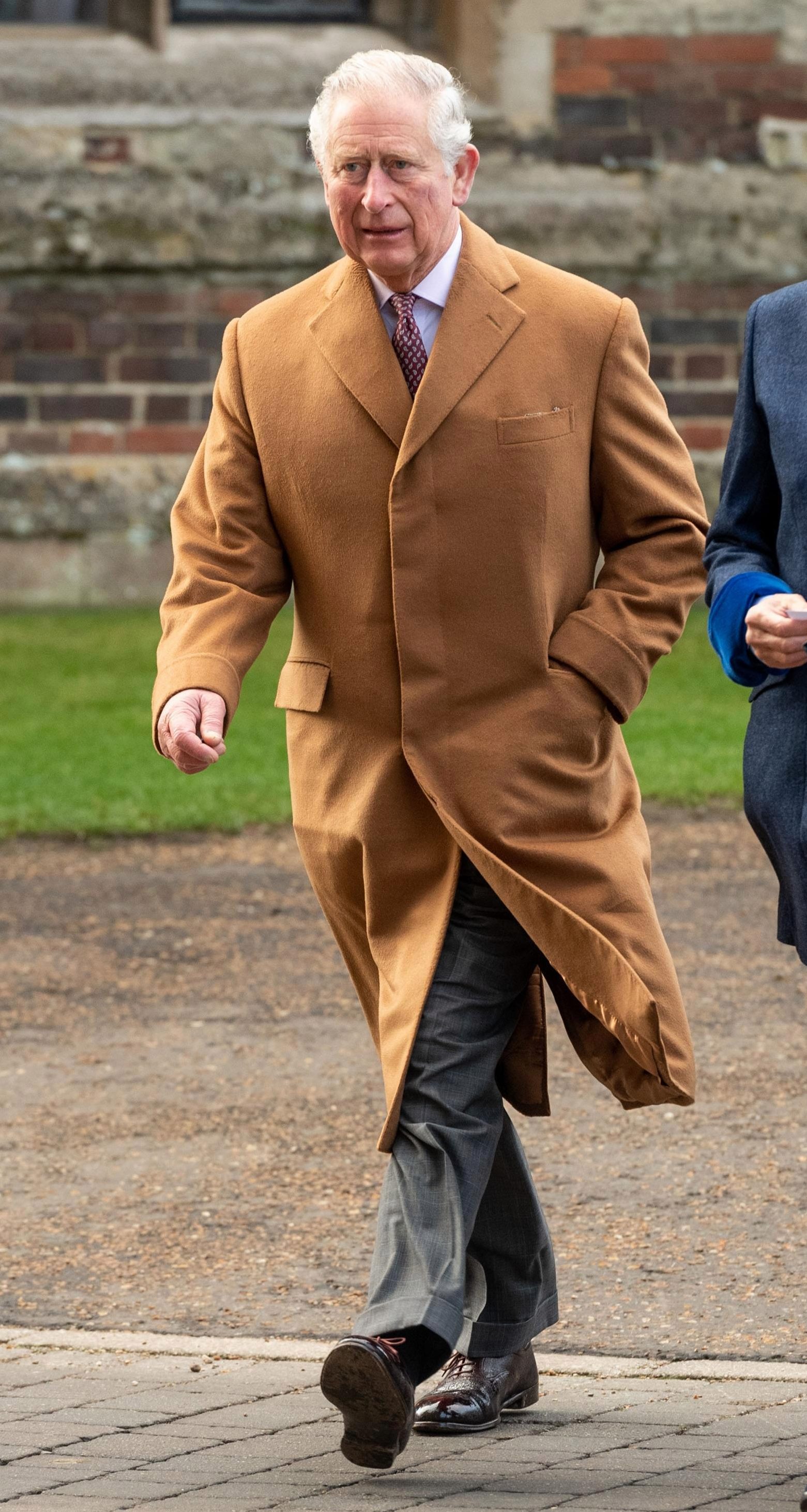 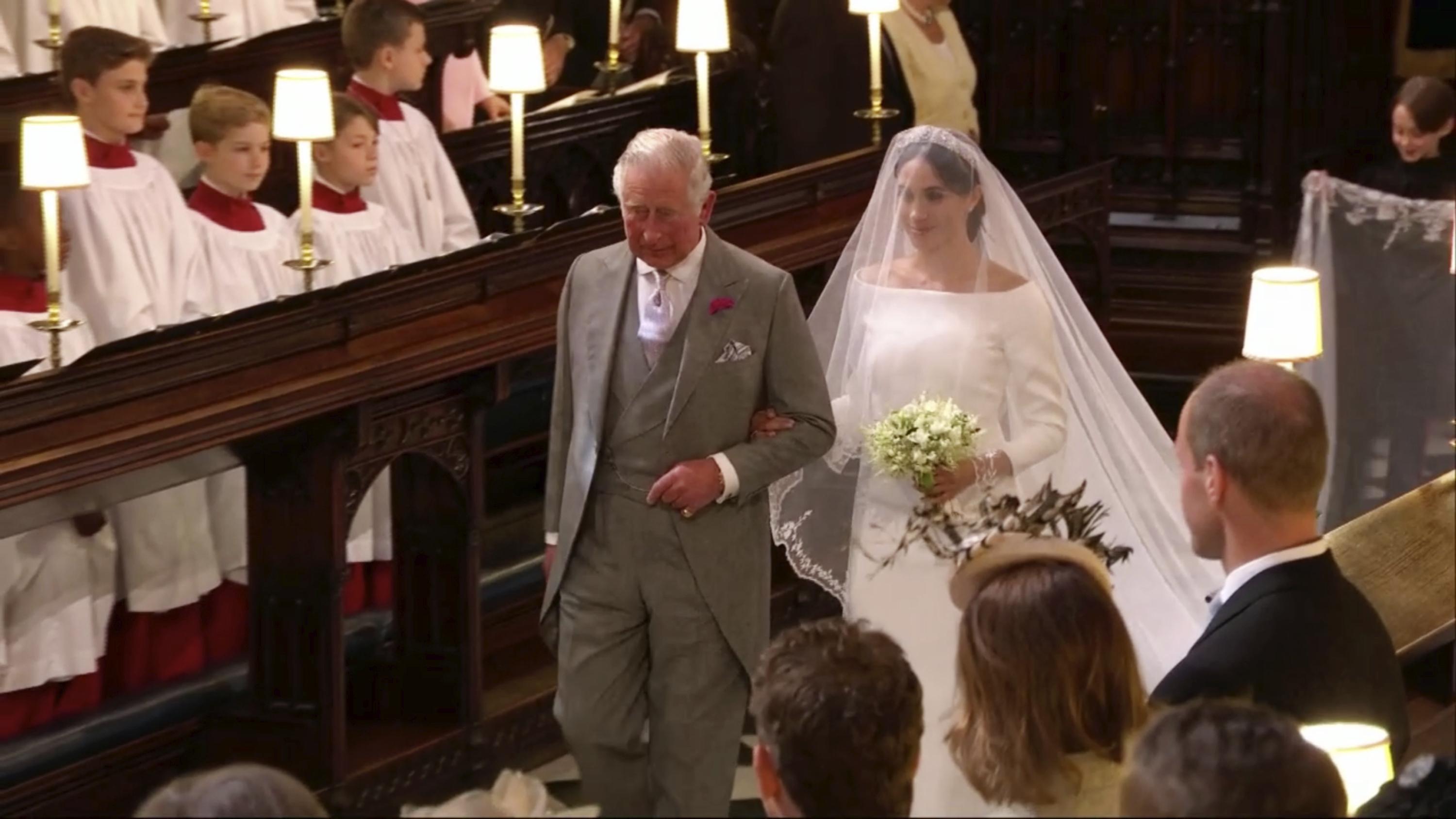 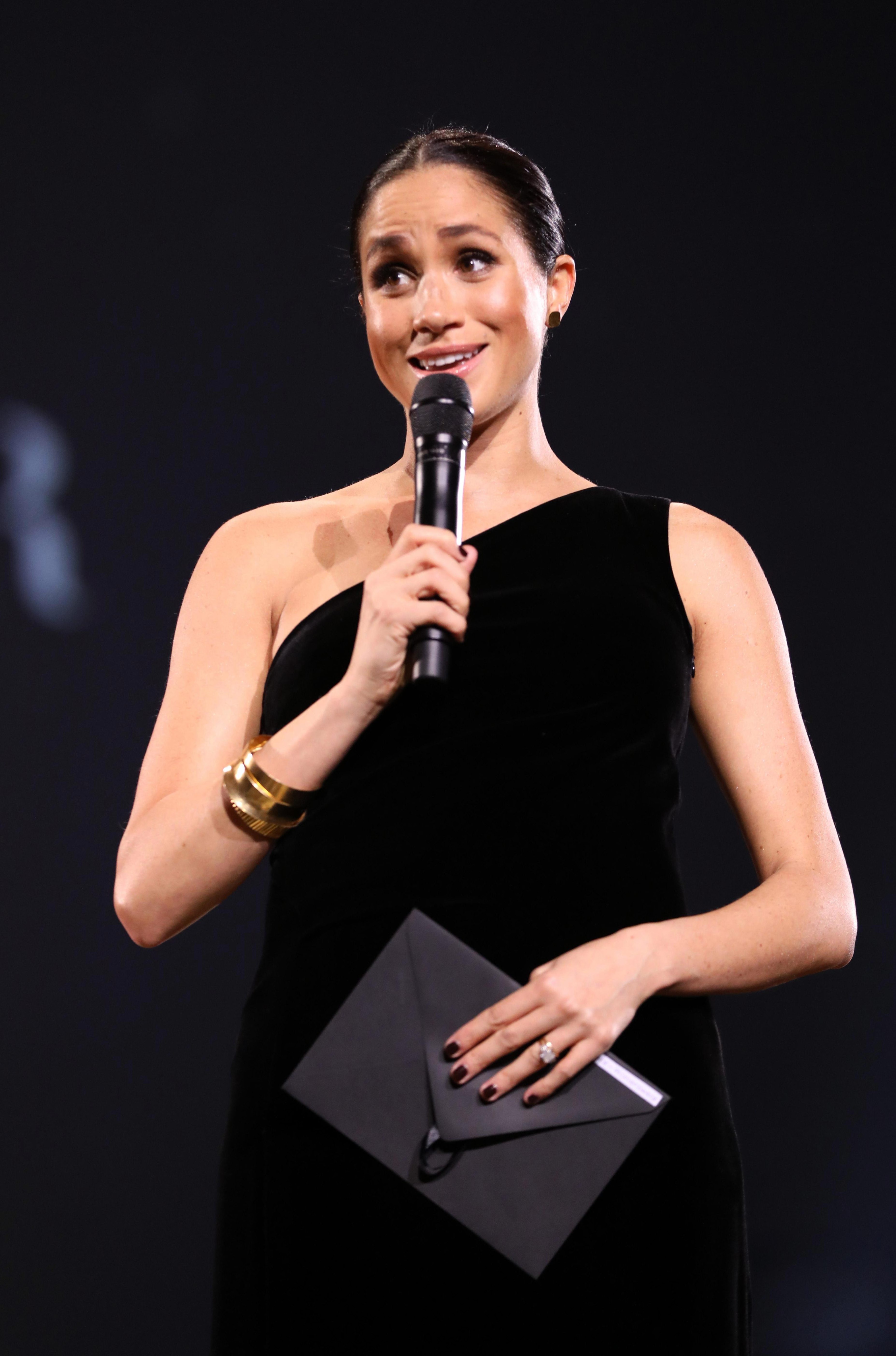 It has been thought that Queen isn’t a fan of colourful nail polish, and it breaks “royal protocol” to have anything other than nude, but this isn’t strictly true.

Emily confirmed that her nails were perfectly appropriate, and said: “There are no rules on what nail polish female royals can wear, it really is a matter of taste.
“Meghan was at a glitzy fashion awards do, dark nails are very in at the moment and so they matched her dress."