A HAIRDRESSER came to the rescue and managed to transform a distraught client's hair after they were given a botched balayage job that left their locks looking less than ideal.

Instead of the blended finished look she'd been hoping for, the client was left with an uneven block of colour and shocking roots following her hair appointment gone wrong. 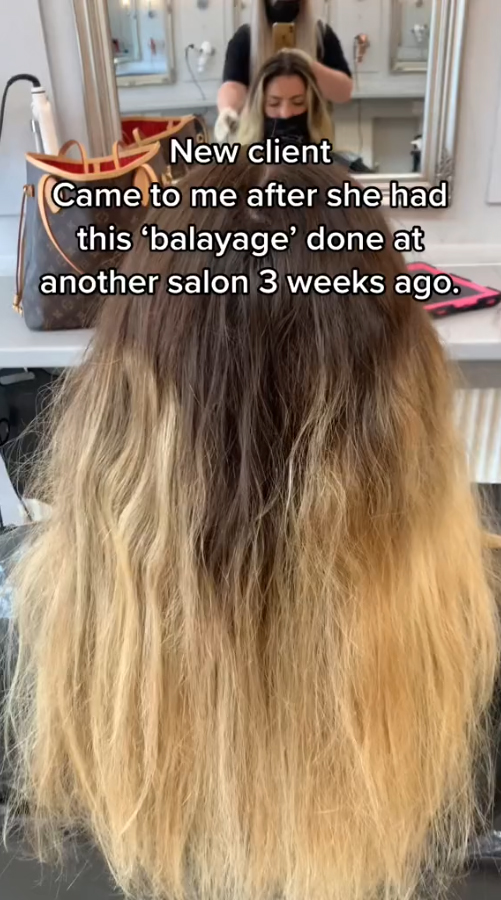 Luckily for her, another stylist came to the rescue for her and people can't believe that it's the same head of hair after seeing the transformation online.

TikTok user @jnicolehairdressing shared a video of her working her magic to social media and it's since been watched over 155k times.

It revealed the botched balayage her new client had been given just three weeks prior, with the not-so-subtle colour needing a lot of work.

Correcting it, the stylist gave the woman a much more blended look, with the colour naturally running through her hair and getting lighter from the roots to the ends. 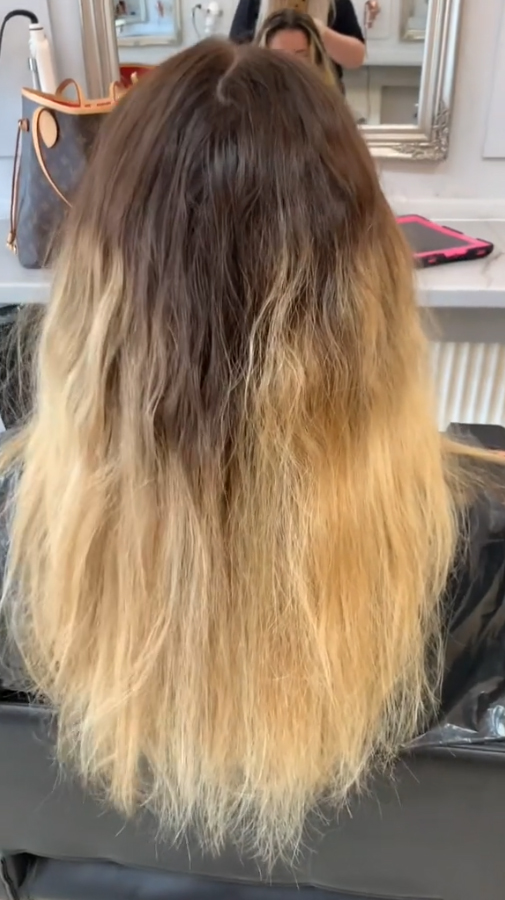 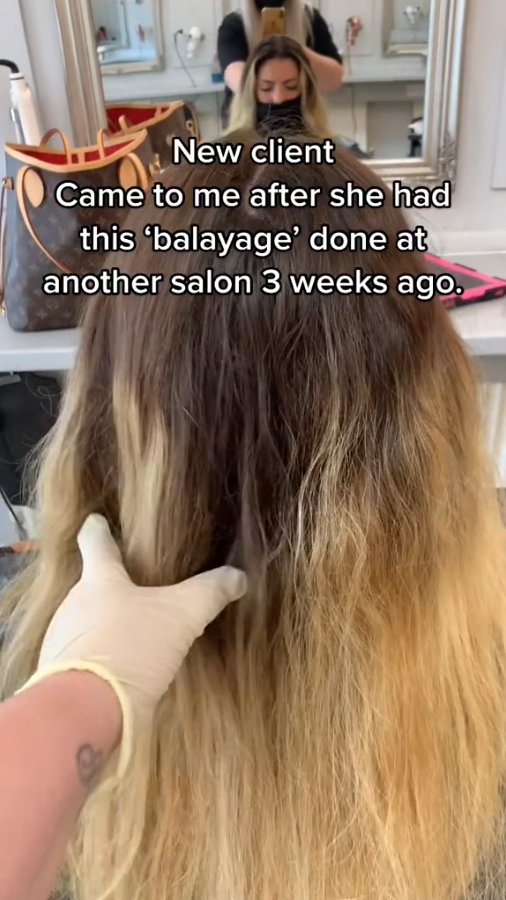 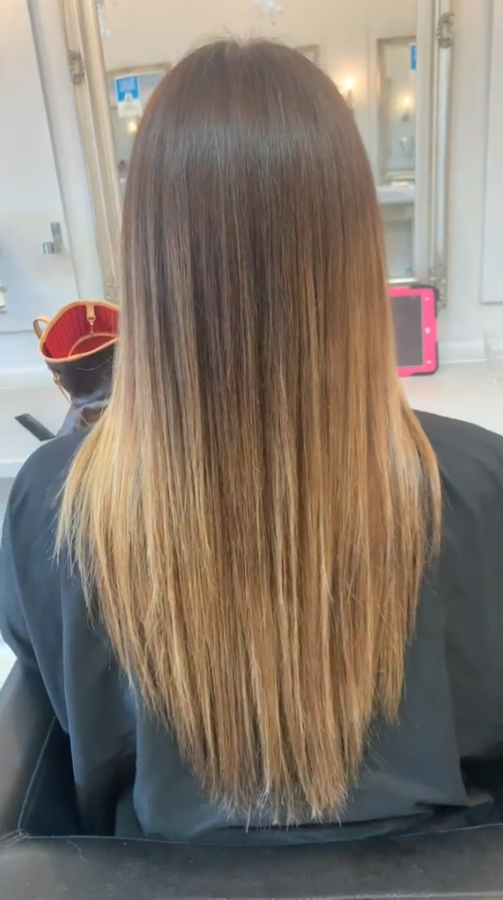 They revealed alongside a before video of the woman's hair: "New client came to me after she had this 'balayage' done at another salon three weeks ago."

Sharing her new and improved look, the stylist added a string of flame emojis and said: "Result: Blendy blends."

Others were seen tapping up the stylist and claimed they were in "desperate need" for someone to tackle their own mane, while some shared their own salon horror stories.

Able to relate the colour fail, one person revealed: "Ummm my lovely long mermaid hair was destroyed by the before. I had to chop it massively. Three years later it still hasn't grown back."

For more hair fails, check out this woman who shared epic balayage fail after hairdresser left bleached locks ‘steaming’ – & the roots are shocking.

Plus, this woman claims her hairdresser left her with a horrific dye fail that looked nothing like she had asked for.

And one beauty fan warns people should never skip a patch test as her eyebrows FELL OFF after she dyed them at home.