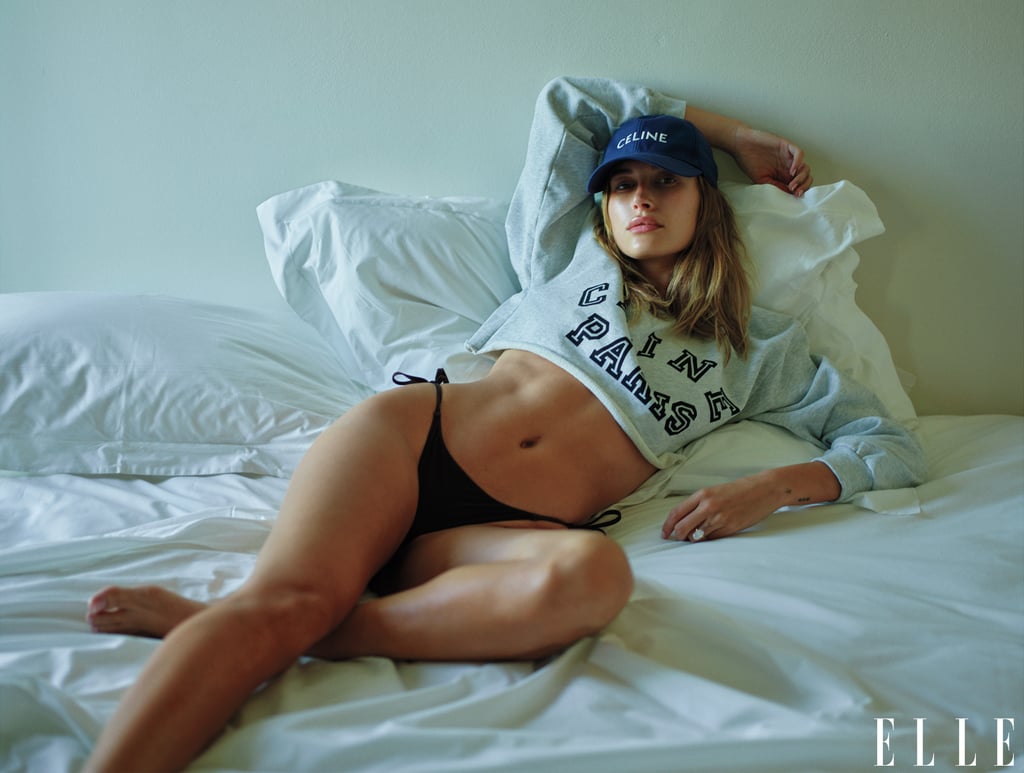 Hailey Bieber, who recently launched her own YouTube channel and appeared in a devastatingly sexy Saint Laurent outfit for an appearance on The Tonight Show Starring Jimmy Fallon, had another surprise she wasn’t telling us about: her April 2021 Elle cover. For the feature interview, Hailey opened up about love and navigating the slippery slope of online media. She also posed for famed photographer Mario Sorrenti in a slew of bikinis by the likes of Versace and Dolce & Gabbana — just on time for when we were searching, “Which bikinis should I buy this year?”

Even though most of Hailey’s high-fashion looks will set you back a pretty penny, the poppy Versace co-ord she modeled with Marc Jacobs platforms is available to shop for a whopping $745, and we shopped out a few similar picks that don’t ring up quite as high, in case you’re inspired by her effortless style. Not going to lie, Hailey looks just as cool chilling in bed in a string bottom, cropped sweatshirt, and baseball hat as she does hanging poolside in her retro Versace Medusa-print two-piece. Scroll to see our favorite images from the shoot, then see Hailey’s official cover and morning-routine video she made for the magazine.