The Queen has a wealth of tiaras to choose from, but one of her favourites has consistently been the Girls of Great Britain and Ireland Tiara. A family heirloom, the tiara has been in the Royal Family’s possession since the late 19th Century and it has made frequent appearances during the Queen’s 70-year reign.

The Girls of Great Britain and Ireland Tiara was first in the possession of Queen Mary, the current Queen’s paternal grandmother, who passed it on to her.

The Queen is thought to refer to the diadem as ‘Granny’s Tiara’, and she wore it in her very first year as monarch.

Lisa Levinson, Head of Marketing & Communications at the Natural Diamond Council, said: “The tiara by the British jeweller Garrard was given to Queen Mary when she was a Princess in 1893 as a wedding present from a group called the ‘Girls of Great Britain and Ireland.’

“Queen Mary gave the jewel to Princess Elizabeth as a wedding present in 1947.” 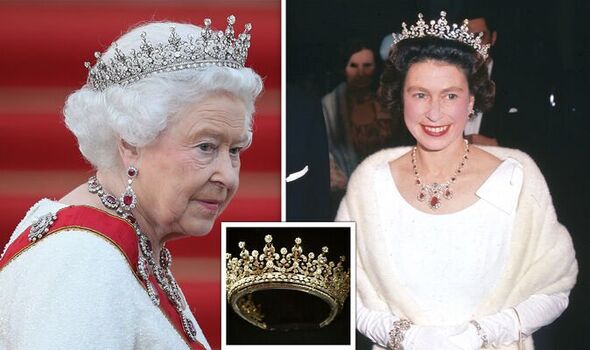 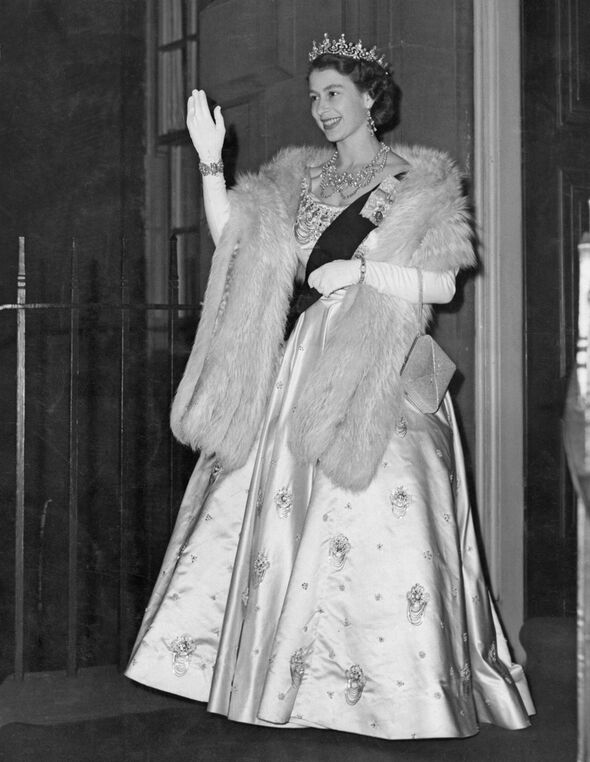 If the Girls of Great Britain and Ireland Tiara seems familiar to you, there is a reason why.

The diadem appears on the Queen’s official portrait on coins, banknotes and stamps in the UK and around the Commonwealth.

In the pictures, the Queen wears the Diamond Diadem and the Girls of Great Britain and Ireland Tiara. 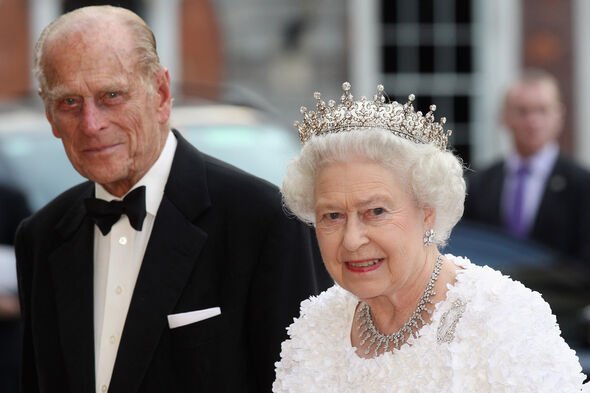 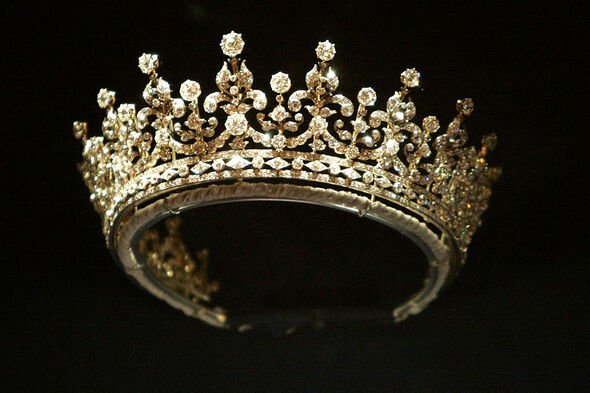 Ms Levinson added: “This breath-taking natural diamond tiara plays a significant role in our history and was notably worn by Queen Elizabeth II for her first official portrait as monarch taken in 1952.

“Her Majesty is also depicted wearing the tiara on some British coinage and banknotes.

“Its legacy and sentimental significance stands the test of time.” 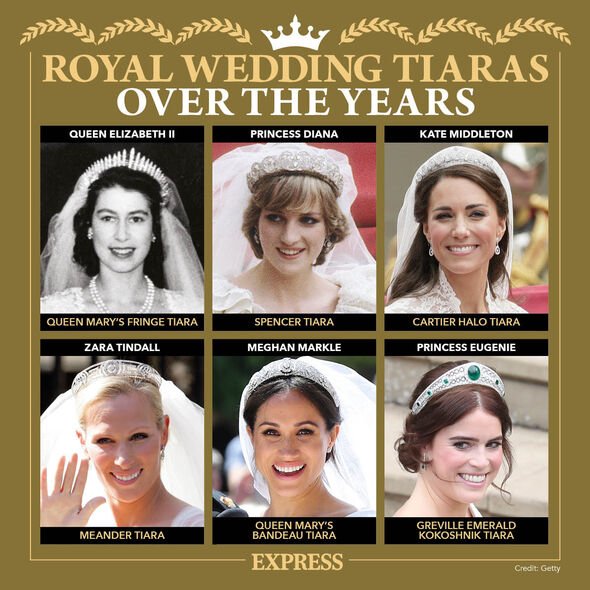 The Girls of Great Britain and Ireland Tiara is encrusted with several diamonds in an intricate pattern, and the Queen often wears it for formal state events or banquets.

Another favourite tiara of the Queen’s is the Grand Duchess Vladimir Tiara, a stunning piece that can be worn with emeralds or pearls.

She also wore Queen Mary’s Fringe Tiara on her wedding day in 1947.

The same tiara was worn by Princess Anne and Princess Beatrice on their respective wedding days in 1973 and 2020.