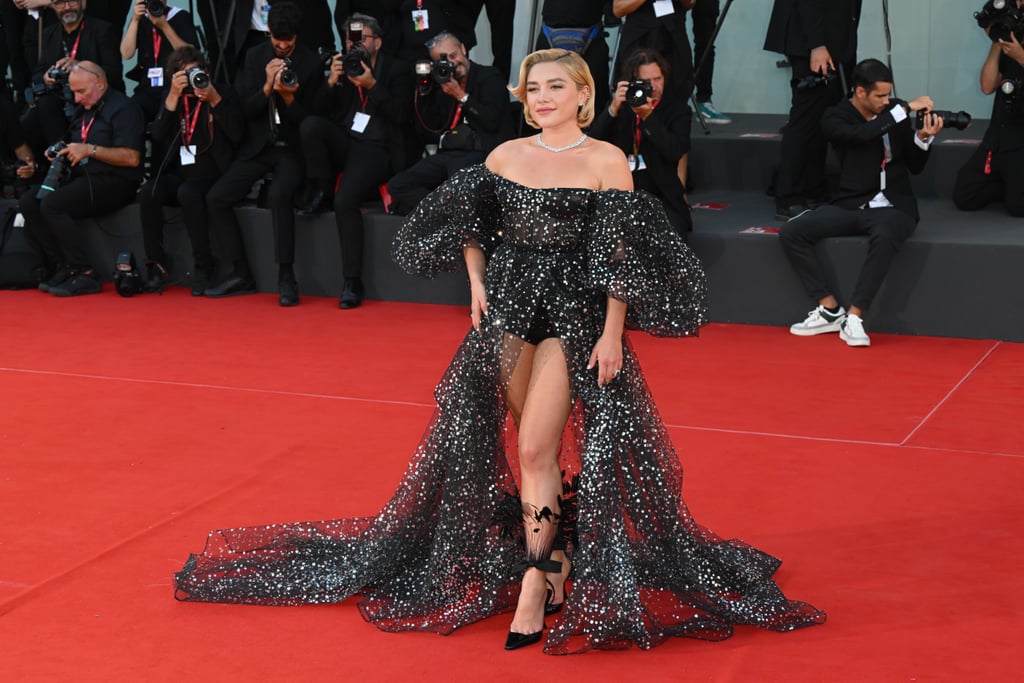 Florence Pugh made a dramatic entrance in Valentino Haute Couture at the “Don’t Worry Darling” red carpet premiere during the Venice Film Festival on Monday, Sept. 5. The Oscar-nominated star, who plays Alice Chambers in the much-anticipated film, chose a look from the Parisian fashion house’s fall/winter ’22/’23 collection, titled “The Beginning.”

Pugh showed off every angle of her sheer, corseted tulle dress, completed with poufy elbow-length sleeves, a floor-sweeping train, a front slit, and silver sequins that played up the shine of her Tiffany & Co. diamonds. She bared a hint of shapewear as she strutted across the carpet, including high-waisted hot pants and a strapless bralette. Pugh capped off the ensemble with what was perhaps the most eye-catching accessory of all: pointed-toe patent pumps with bow-adorned ankle straps and wispy black feathers that climbed to midshin. The leggy moment, styled by Rebecca Corbin-Murray, made waves as the actor posed with her grandmother for the cameras.