Jason Kunselman, 46, reduced mum Kelsey Rae Zwick to tears by his kind gesture as she travelled from Orlando, Florida, to the Philadelphia Children's Hospital last week. 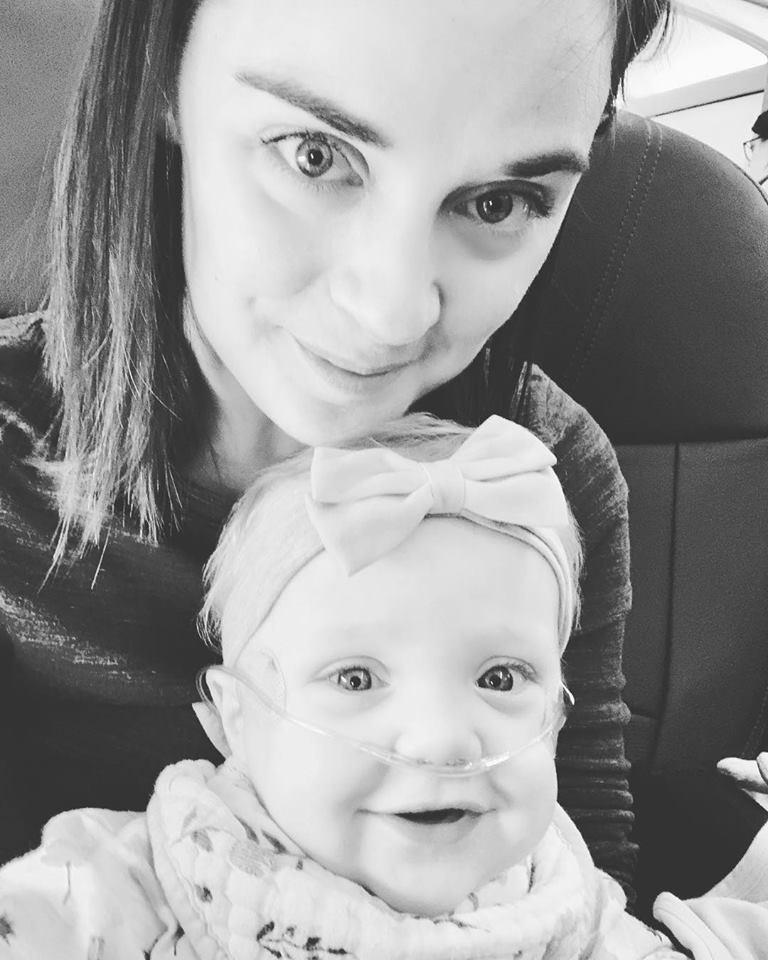 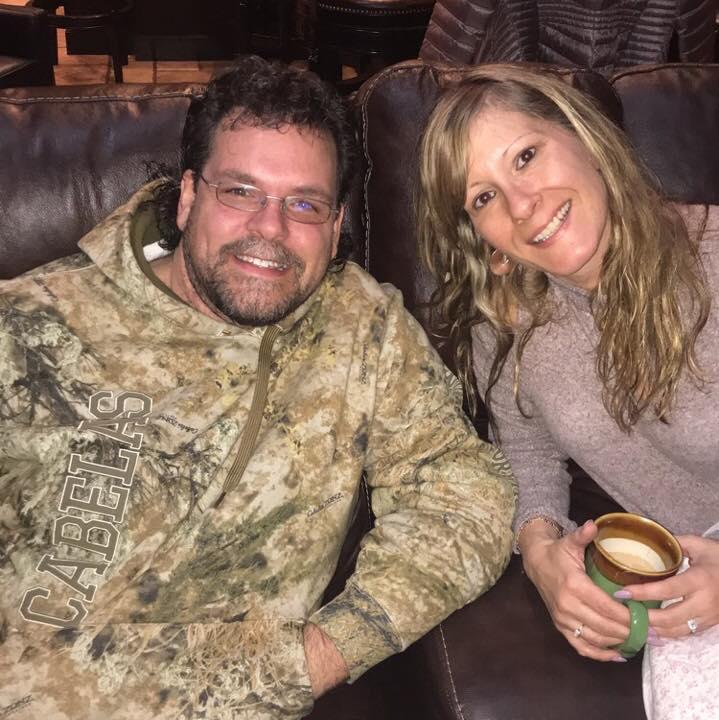 Kelsey was travelling with 11-month-old daughter Lucy, who has chronic lung disease from complications during pregnancy, when she was approached by a flight attendant asking if she would like to swap seats with the man in seat 2D.

The mum, who has twin daughters, took to Facebook to try and identify the generous American, who has now been named as an industrial engineer from Mechanicsburg, Pennsylvania, who spotted Kelsey when she boarding the flight.

"I was tearing up when I saw her," Jason told the Mail Online.

"She had an oxygen machine for her daughter. It couldn't be put over her head and she had to have it with her the whole time. It was so touching seeing the little girl with her oxygen."

Fabulous Online is always on the lookout for jaw-dropping, tear-jerking and heart-wrenching stories to feature.
Join our Facebook group  or email us to make £££s by sharing your story.

Jason, a frequent flyer who has an Executive Platinum membership with American Airlines, didn't think twice about offering his spacious seat to the mum.

He added: "I expected to see her in the front since she had the oxygen machine with her but when I boarded she was in the back.

"So I asked the flight attendant if she thought the young lady with the baby would be more comfortable in my seat. I just hoped that she had a better flight with more room."

Jason flies four times-a-week and thought nothing of giving up his seat, until his wife Kirsty saw the post going viral on Facebook. 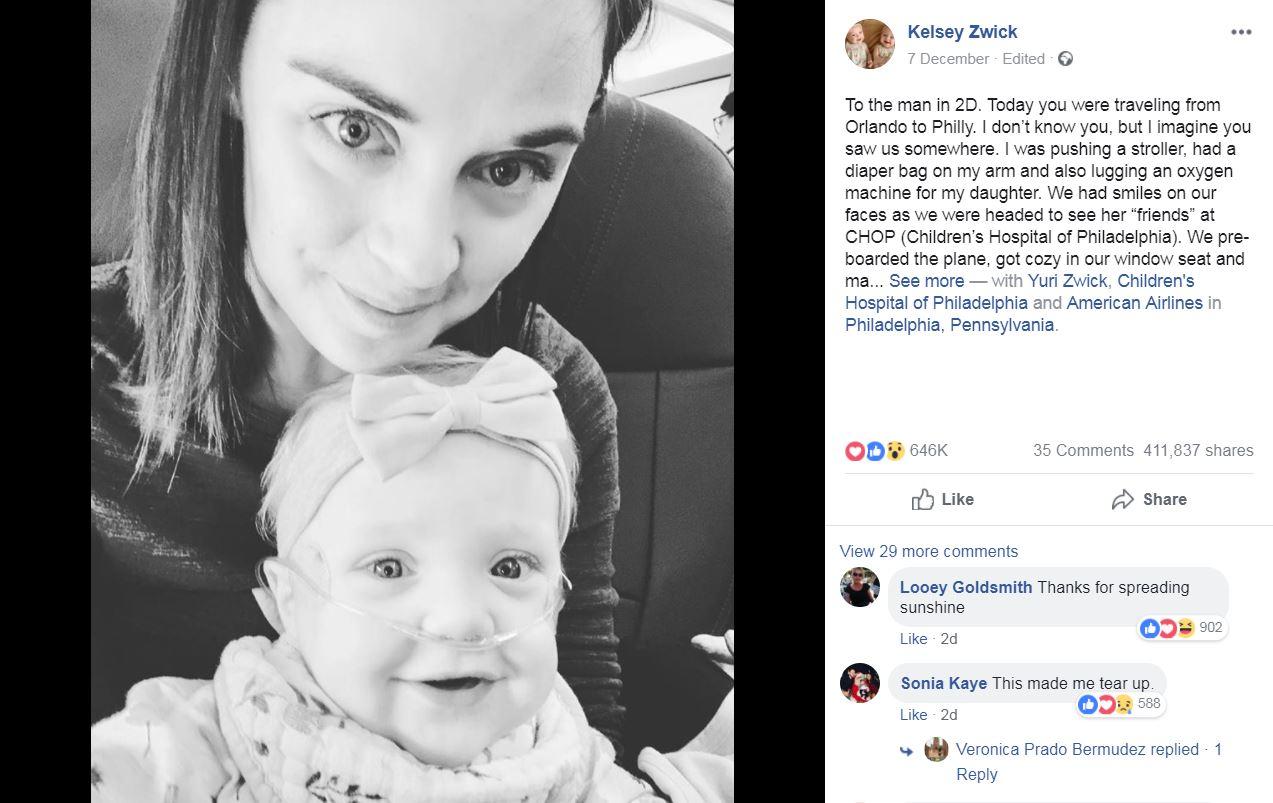 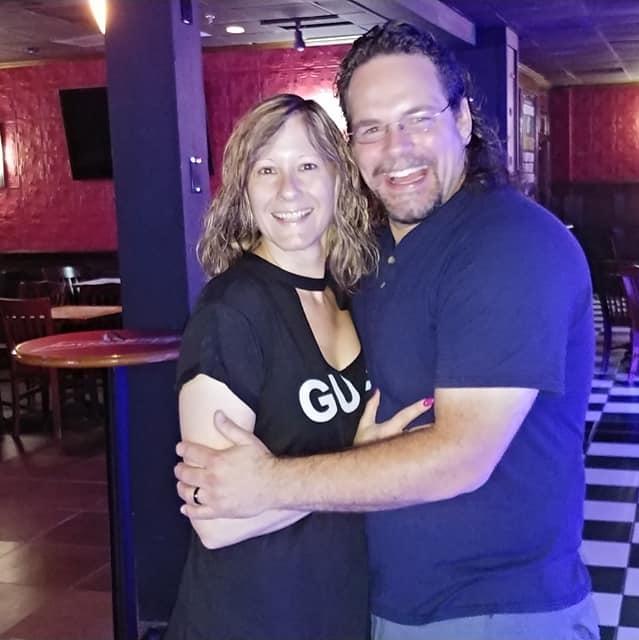 Kelsey asked the internet to share her open letter on Thursday – as she thanked the stranger for his random act of kindness.

"To the man in 2D. Today you were traveling from Orlando to Philly. I don’t know you, but I imagine you saw us somewhere," she wrote.

"The flight attendant came over and told me you were waiting to switch seats. You were giving up your comfortable, first class seat to us.

"Not able to hold back tears, I cried my way up the aisle while my daughter Lucy laughed!

"She felt it in her bones too… real, pure, goodness. I smiled and thanked you as we switched but didn’t get to thank you properly. 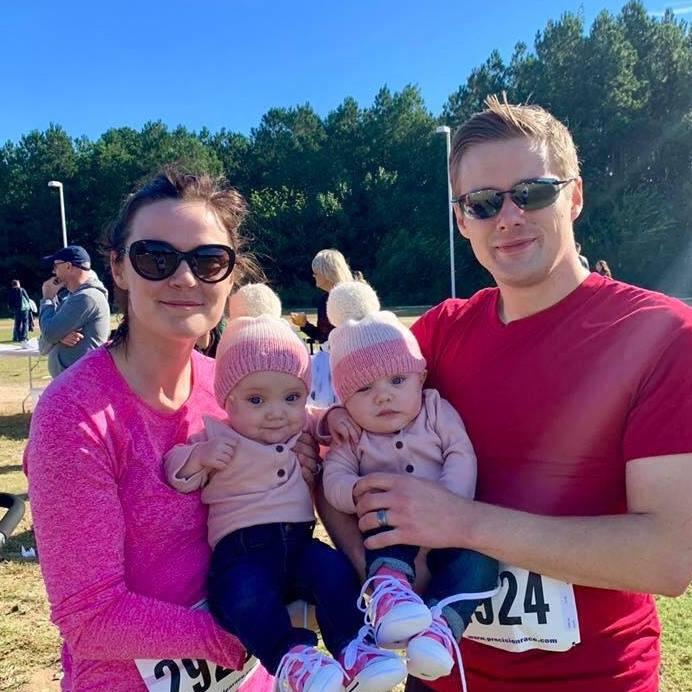 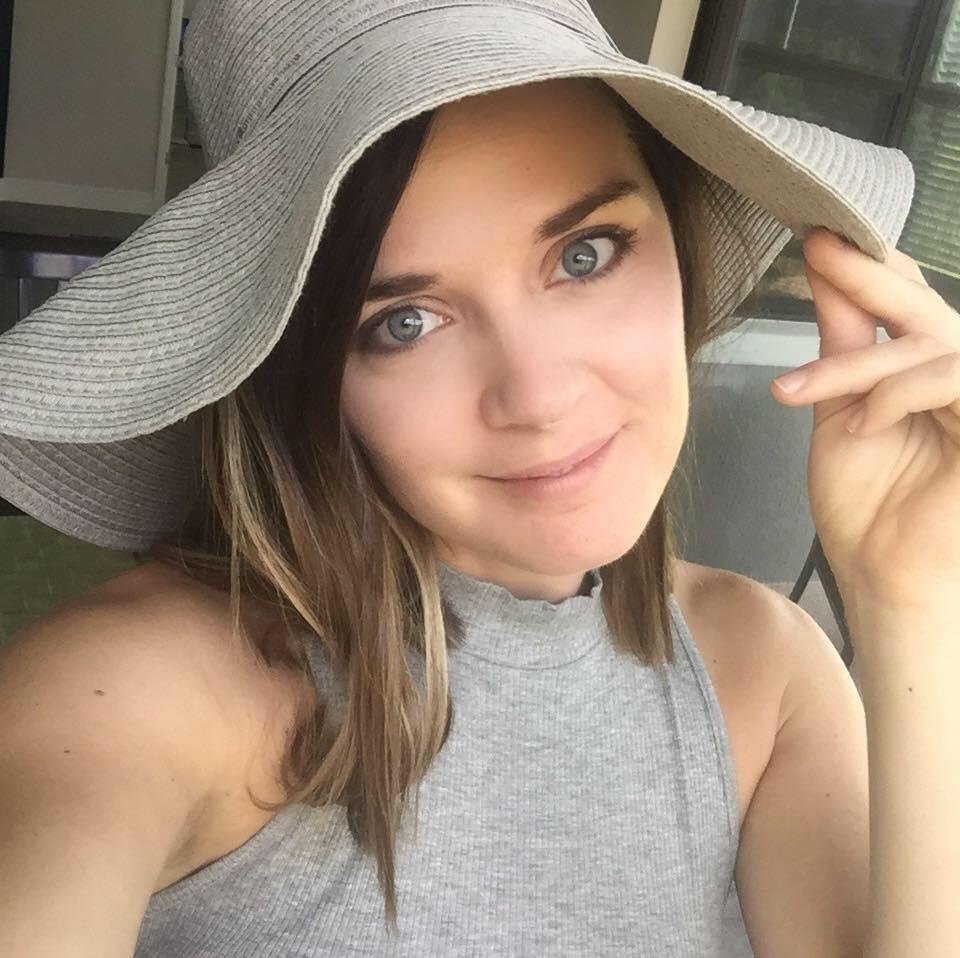 "Sooo… thank you. Not just for the seat itself but for noticing. For seeing us and realizing that maybe things are not always easy.

"For deciding you wanted to show a random act of kindness to US. It reminded me how much good there is in this world.

"I can’t wait to tell Lucy someday. In the meantime… we will pay it forward. AA 588 passenger in seat 2D, we truly feel inspired by your generosity. Please share so we can say thanks!"

Kelsey told the Mail that Jason's gesture reminded her and husband Yuri how "blessed" they are.

In more parenting news, this mum-to-be slammed her family in a furious Facebook rant for criticising her bizarre baby name choice.