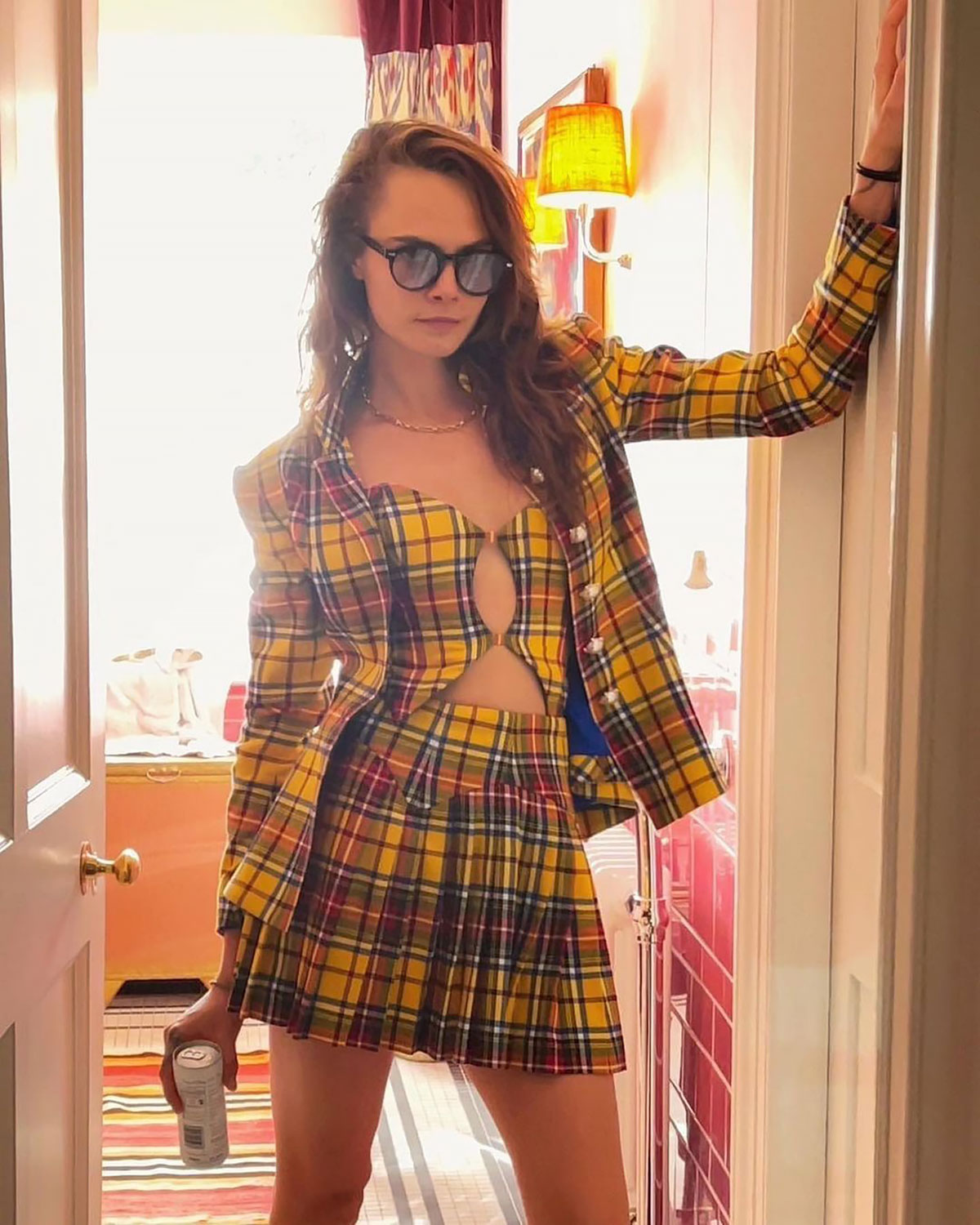 Fans are totally butt crazy in love with Cara Delevingne’s latest outfit — and it’s easy to understand why.

Clueless Cast: Where Are They Now?

The 28-year-old model sent her 43.5 million followers into an all-out tizzy when she put her own twist on Cher Horowitz’s most iconic outfit from Clueless.

As devout fans will most definitely recall, Cher, who is played by Alicia Silverstone, is strolling on campus and uttering “ugh, as if,” in a yellow and black checkered Dolce and Gabbana skirt suit, knee-high socks and Mary Jane shoes.

Fast forward 25 years since the scene’s debut, and Delevingne has decided to put her own twist on the look, making it a little more sexier and a lot more rebellious. 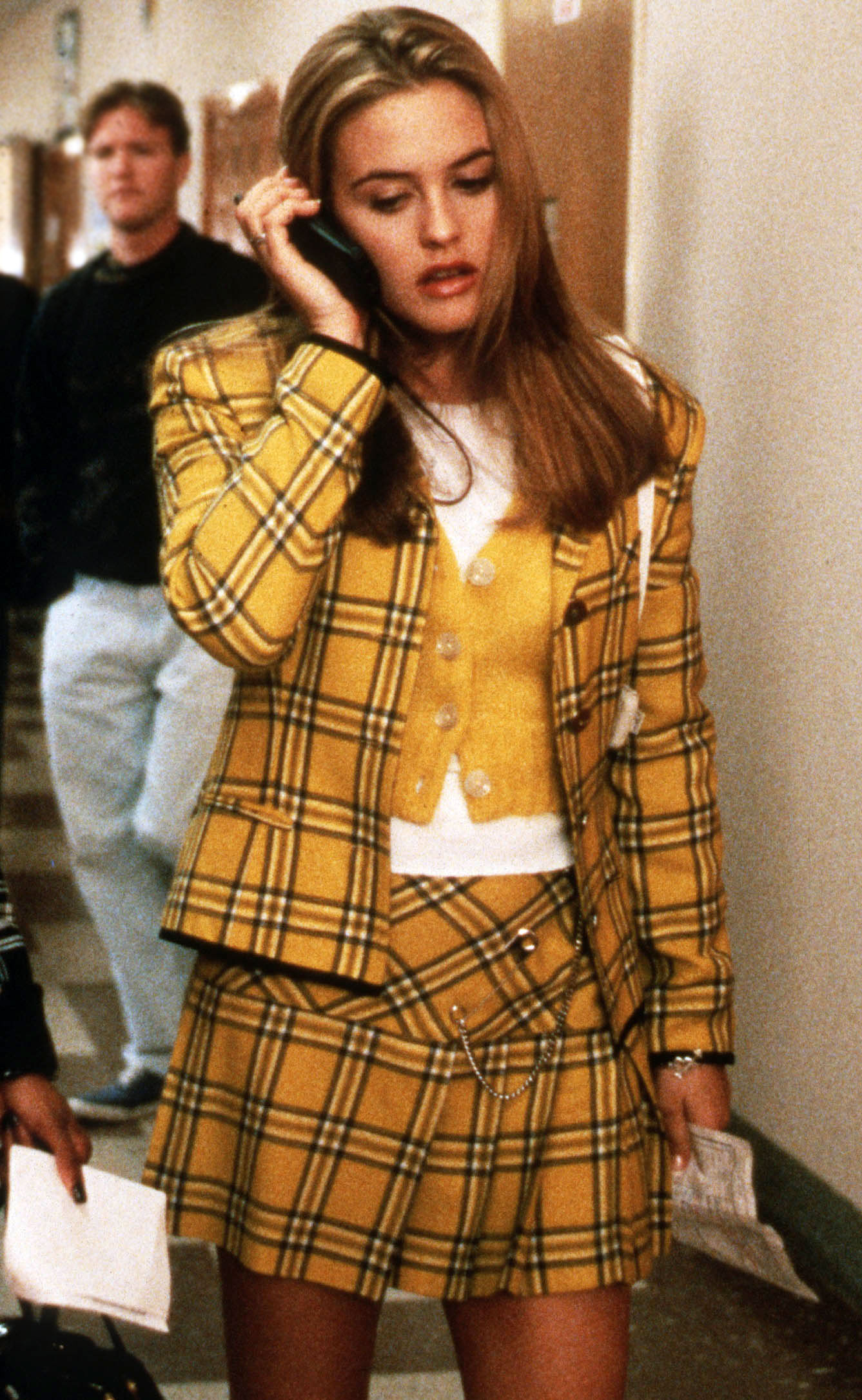 The British beauty took to Instagram on Tuesday, July 6, wearing a yellow plaid three-piece tartan skirt suit from Annie’s Ibiza that was most definitely reminiscent of the OG Clueless frock.

Helena Christensen, 52, Shows Off Her Fabulous Figure in Cutout One-Piece

While the Lora DiCarlo co-owner shed the cardigan, showed some more skin and traded in a chic white backpack for a spiked seltzer, the similarities were undeniable.

She even made a reference to the film in her caption. Tai, who was played by Brittany Murphy, famously snapped at Cher in angst-filled feud, “You’re a virgin who can’t drive.”

Putting her own twist on the iconic quote by the late actress, Delevingne sassily captioned her post: “You might be surprised to know I’m not actually a virgin and I can drive.”

Lisa Kudrow: Having Major Celebs at the ‘Friends’ Reunion Was ‘Intimidating’

Shortly after sharing her outfit of the day, Delevingne’s comments section blew up, with many dropping equally as iconic lines from the film.

“As if!!! #clueless,” someone wrote, while another added: “WAY HARSH.” Someone else chimed in, “Wow, I’m totally buggin’…”

Others were just obsessed with the sheer commitment to the look. “She’s an icon and she is the moment,” one person wrote. A Clueless fan also said, “Caption for the win.”

This isn’t the first time recently that Delevingne has set out to recreate amazing looks from years past.

For the Friends: Reunion Special, which aired on HBO Max in May, the model made a guest appearance during a runway scene, in which she modeled two memorable outfits from the sitcom.

For her first strut down the runway, she brought back Rachel Greene’s (Jennifer Aniston) pink and poofy bridesmaid’s dress from Barry and Mindy’s wedding in season two. She even took the opportunity to flash her red underwear!