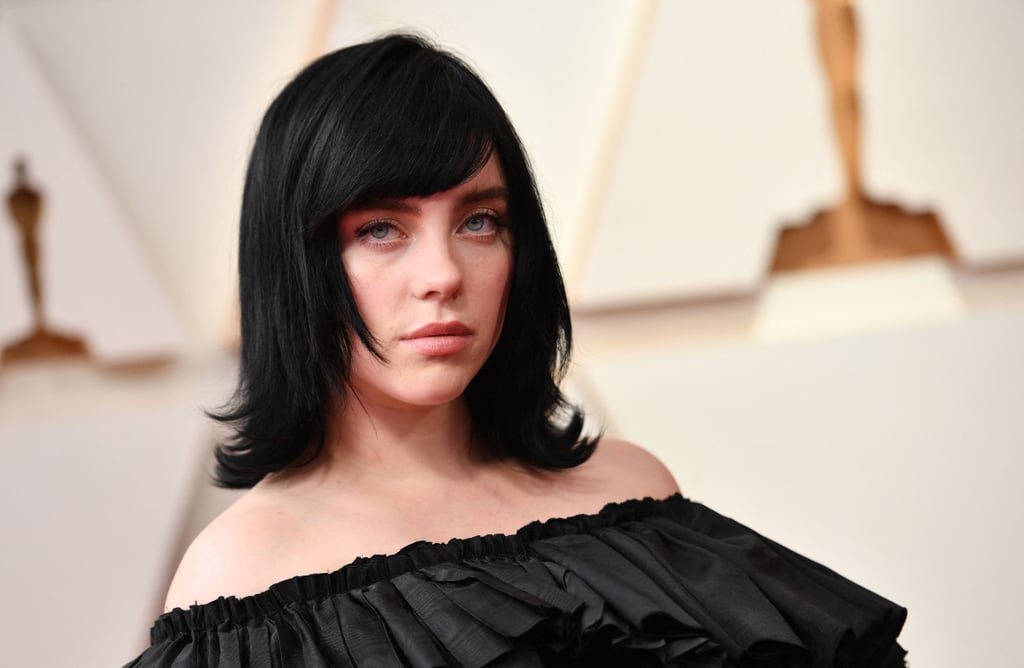 After performing at the Grammys in a trench coat and scoring her first Oscar with her brother, Finneas, Billie Eilish is ready to treat her fans to something special at Coachella. Teaming up with Conan Gray, Eilish is launching a pop-up shop that will feature exclusive merchandise for Coachella attendees.

The music festival will host an on-site American Express lounge where fans can shop Billie’s sustainable Black Zip-Up Hoodie ($100), which has been reclaimed and made from upcycled deadstock, shelf pulls, retail returns, and gently used apparel. The front of the hoodie will feature black and white silhouettes of Eilish on either side of the zipper, while the back design will read “Billie Eilish” in a gothic font.

Gray’s half of the Coachella collection will include a Watermelon-Pigment Dyed Unisex Crewneck ($70). As a nod to his song “Heather,” the pullover will read “your sweater” across the front with desert cacti embroidered throughout the letters. Gray and Eilish’s pop-up shop, made in partnership with American Express and Bravado, will be exclusively available to Amex card members — and up to three guests — on festival Fridays, April 15 and April 22, and online from April 15 to April 30.

Take a sneak peek at Eilish and Gray’s new Coachella merch here, and get pumped for more music festivals coming in 2022.