LONDON — What do Alber Elbaz and “Alice in Wonderland”’s White Rabbit have in common? Well, they’re both dapper dressers, and late — for a very important date.

The livestream from Paris marked the debut of pieces from Elbaz’s AZ Factory collection on Net-a-porter. The e-commerce platform hosted the talk show and, later in the day, a Q&A with the designer.

The talk show, when it finally started, was a non-stop, 30-minute love-in, with Elbaz turning on his self-deprecating charm. “I’m not very good at being Barbara Walters,” said the designer, referring to the retired American broadcaster and TV personality.

While he may not be the hard-hitting interviewer, Elbaz did manage to draw a shower of praise from the ladies, and transmit his new mantra of inclusivity, diversity and ease of dressing.

Razat, who was off camera, opened and closed the show and gushed that Elbaz had created “something for the future” with his comfortable fabrics and easy, flattering shapes.

With this collection, Elbaz has joined a long line of talents, including Azzedine Alaïa, Donna Karan and Roland Mouret, who always knew how to flatter the figure with forgiving fabrics, and the carefully placed drape or zip. 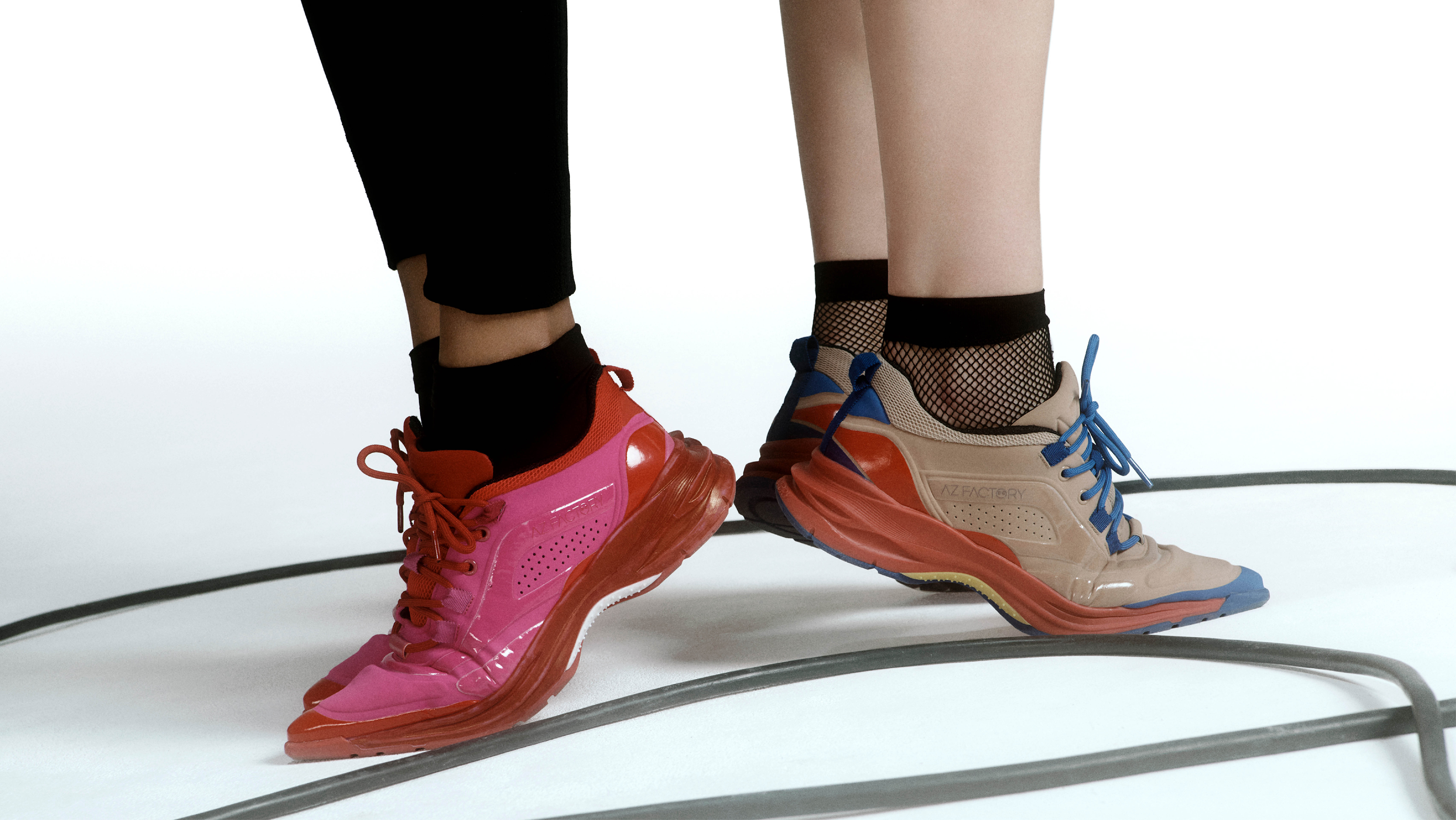 Elbaz chatted with Scott Thomas about moving corset bones from the front to the back of a dress “to give you some support,” and laid out details of his ergonomic sleeves; long, bejeweled zipper backs on dresses, and newfangled stretchy fabrics that know where to hug a woman’s body.

With Khoo, he talked about food, admitting he visits the kitchen every other hour to grab a snack, and positing the idea that fashion should be “like roasted chicken — eat it and enjoy it.”

He told Howard that after years of cooking Michelin-starred cuisine at Lanvin, “all I really wanted was a sandwich, to create the most simple, meaningful things. I want to cheer you up, and make you look beautiful, and design for the moment we’re living in now.”

Later in the day, Elbaz swapped his yellow bowtie for a blue one for a Q&A with Net-a-porter Group’s fashion director Kay Barron, during which he drove home his inclusivity message.

He said the pandemic forced people to look at older generations in a new light, and to respect people of all ages — not just 19-year-old bright young things.

Elbaz pointed to all older people who were embarking on new journeys or making comebacks, including 78-year-old U.S. President Joe Biden and “all the artists and singers who are making a comeback” so many years later.

The future, he argued, will be about thinking bigger, broader and with heart. He used jazz as a metaphor for his way of thinking.

“It’s one of the most important types of music because there is no formula. Musicians listen to one another, respond and play together. They share,” he said, adding that, for him, the future is being about “being generous, giving your time, and being nice.”