Our bodies need carbs to function, in fact when it comes to long-term sustainable weight loss, evidence suggests carbs may indeed be your friend. 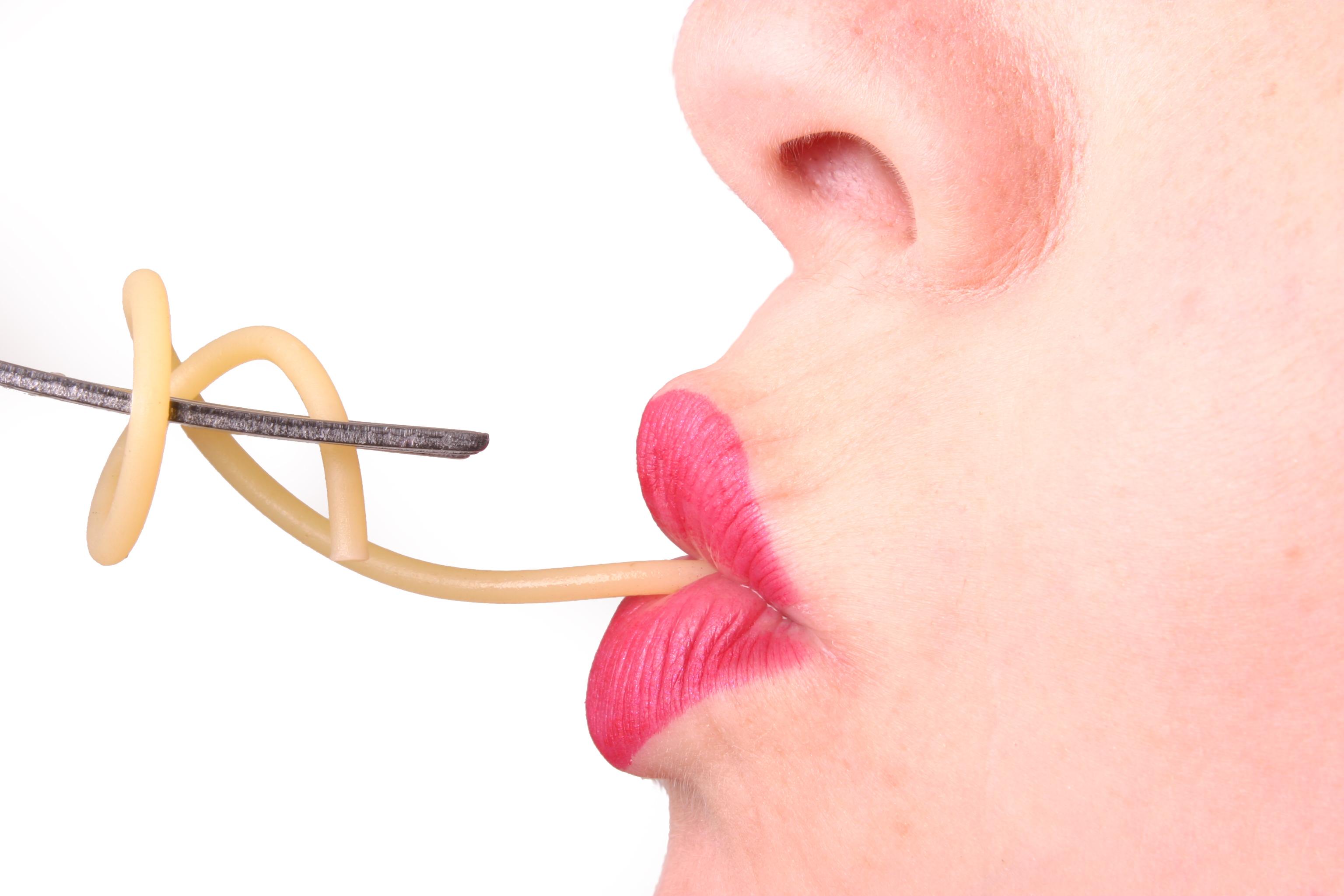 New research from Slimming World has found that low-carb diets are "damaging the nations health" by confusing dieters about the important role carbs play in nutrition.

Not only that, low-carb diets are hard to stick to.

Dr Jacquie Lavin, nutritionist and Head of Nutrition and Research at Slimming World, reveals to Healthista exactly why eating carbs is essential to a healthy balanced diet and weight loss, and some of the practical ways we can eat them and still reach our body goals.

1. Carbs fill you up

At Slimming World, starchy carbohydrates such as pasta, rice, potatoes, cous cous, and quinoa are considered ‘Free Foods’, which you can eat freely to satisfy your appetite. 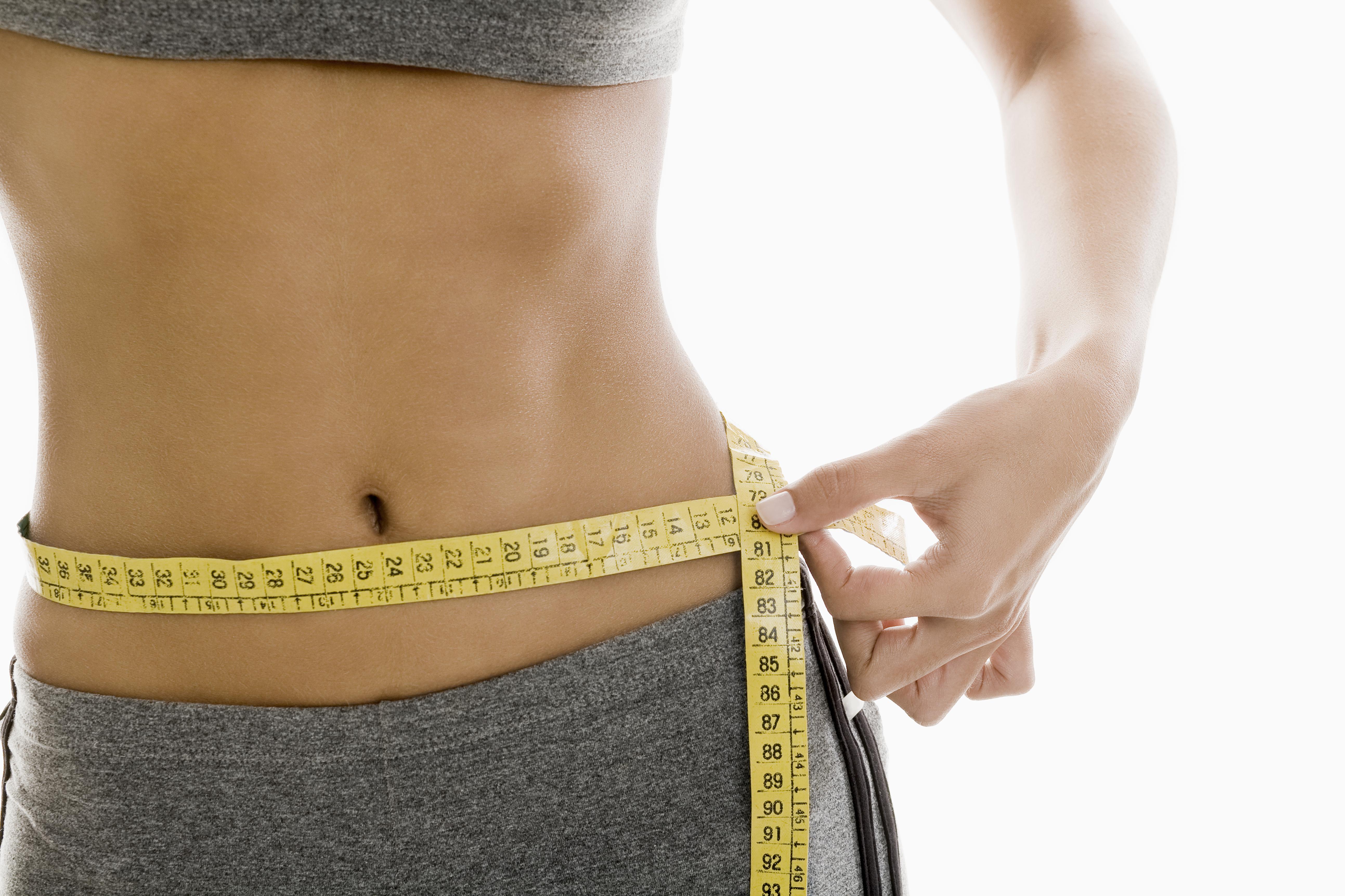 "These foods are bulky and provide fibre which makes them filling and satisfying, especially when eaten with foods containing protein," says Lavin.

"They will fill you up for fewer calories, whereas eating the same amount of fat means you would need to consume many more calories to feel satisfied."

This theory is based on research into food combinations that led to the greatest amount of satiety after eating, Lavin points out.

For example, a review published in 2015 in the journal Trends in Food Science and Technology looked at all the research on satiety and found the combination of protein, carbohydrates and small amounts of fat to be the most conducive to satiety and weight loss.

2. They keep you regular 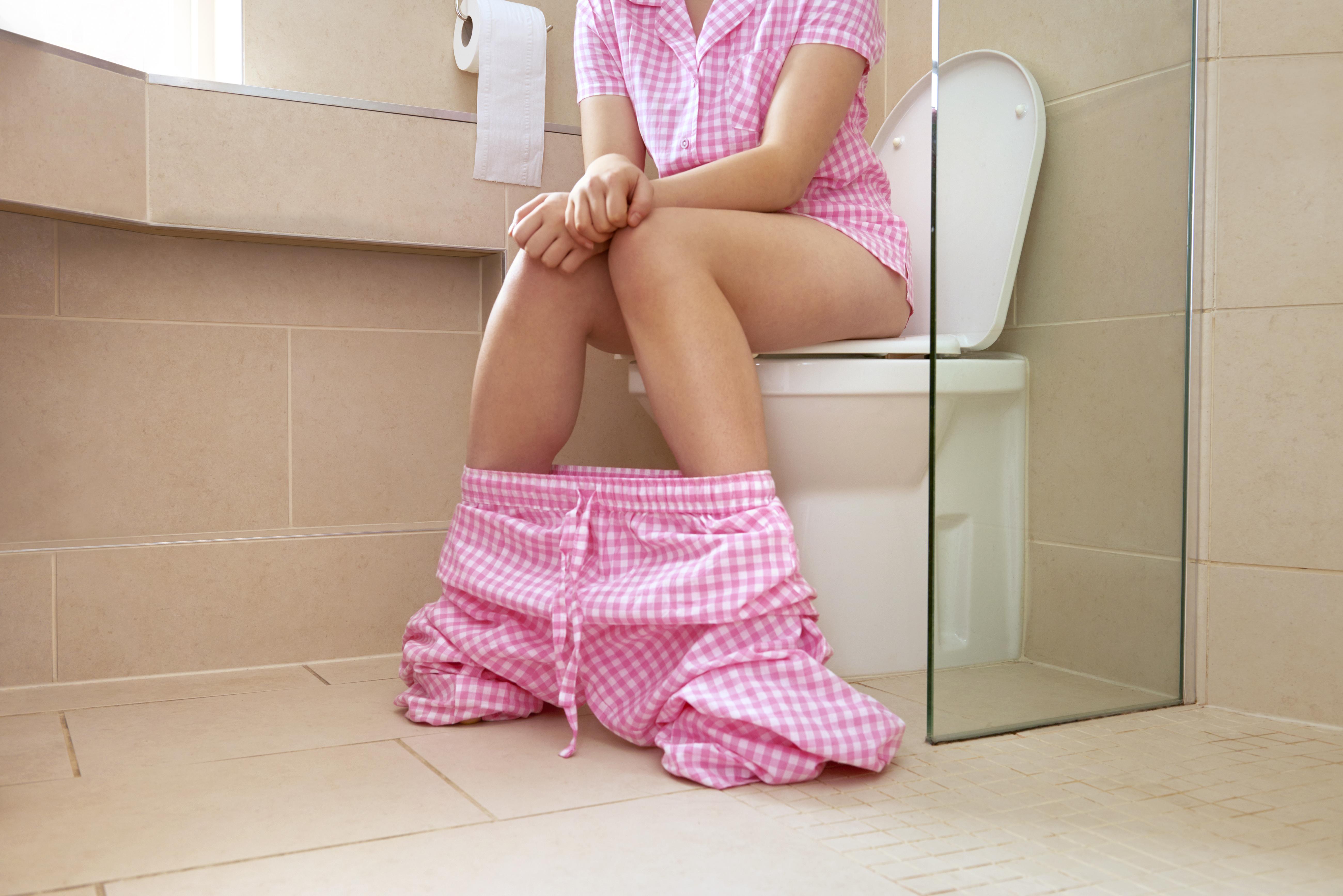 Fact: Brits don’t get enough fibre and this can lead to sluggishness and constipation leaving us uncomfortable and bloated – not good for weight loss or our health.

Starchy carbohydrates such as rice, pasta and root vegetables contain fibre, which helps keep you regular.

While current recommendations for daily fibre intake are around 30 grams a day, the average British woman gets just over 17 grams daily.

3. They're full of nutrients

"If you are really restricting or have completely cut out carbs you are at risk of missing out on a lot of important vitamins, minerals and especially fibre," says Lavin.

"Starchy carbohydrates provide essential vitamins and minerals, especially the B vitamins which are essential to the functioning of the nervous system and support healthy skin," Lavin added.

"Some low-carb diets even cut out fruit, vegetables and low-fat dairy, which puts you at risk of deficiencies in essential nutrients such as iron, magnesium and calcium.

"Starchy carbs such as brown rice, millet, barley, cous cous as well as beans and lentils are rich in B vitamins and these are essential for normal metabolism and the release of energy from food and for the functioning of healthy blood cells." 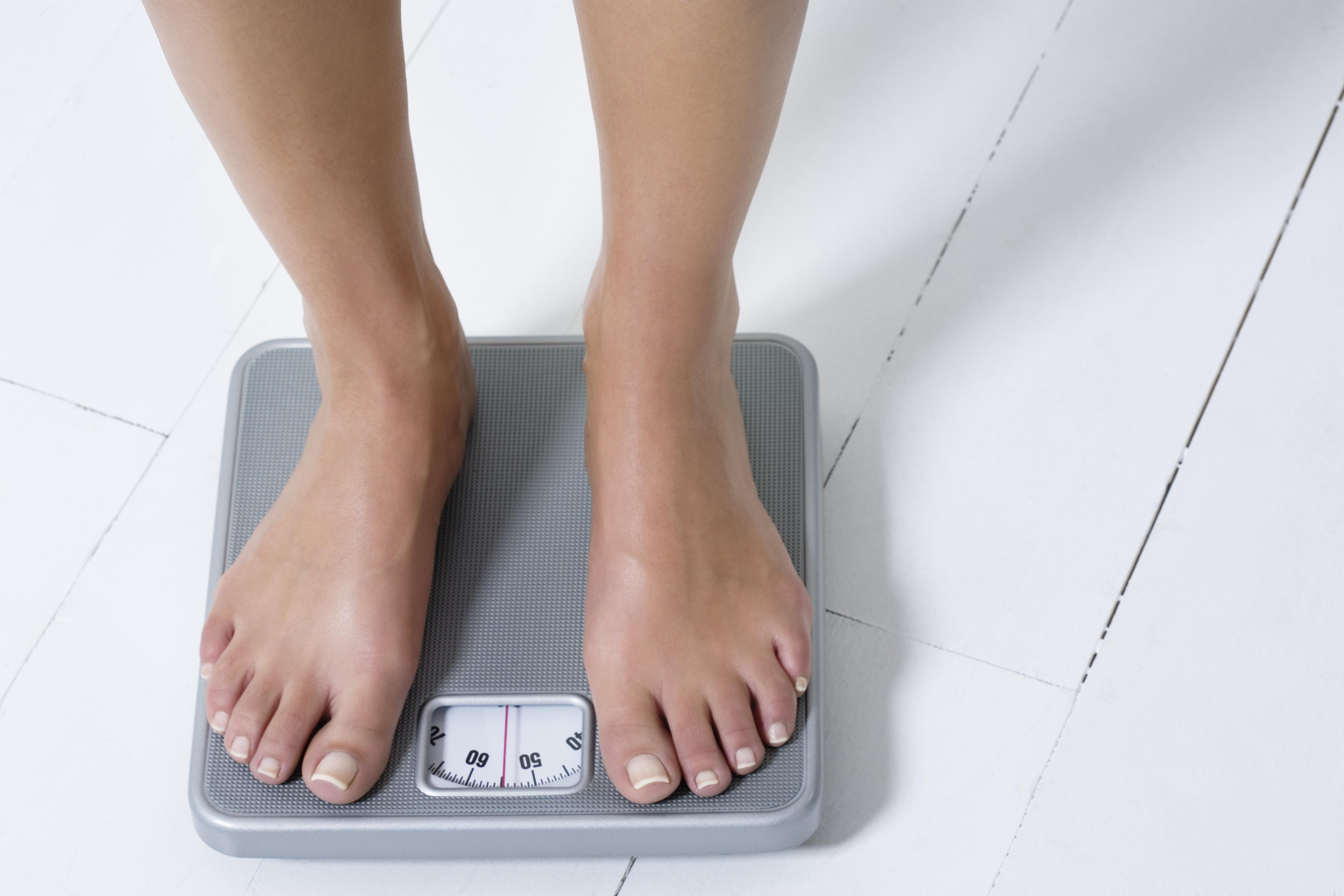 People might initially lose weight on low-carb regimes but may not manage to keep the weight off long-term because cutting out carbs isn’t sustainable in everyday life, Lavin explained.

"It’s harder to have a sustainable, healthy weight-loss plan when you have banned foods, especially those you enjoy that are part of everyday life," she said.

"Cutting out carbs makes it harder for people to eat normally (such as when eating out) and puts them at risk of feeling quite deprived and hungry.

"That can lead to falling off the wagon and giving up on their weight-loss efforts, believing they have failed and that they just can’t lose weight. But it’s the restrictive diet that has failed them."

5. They're a workout fuel 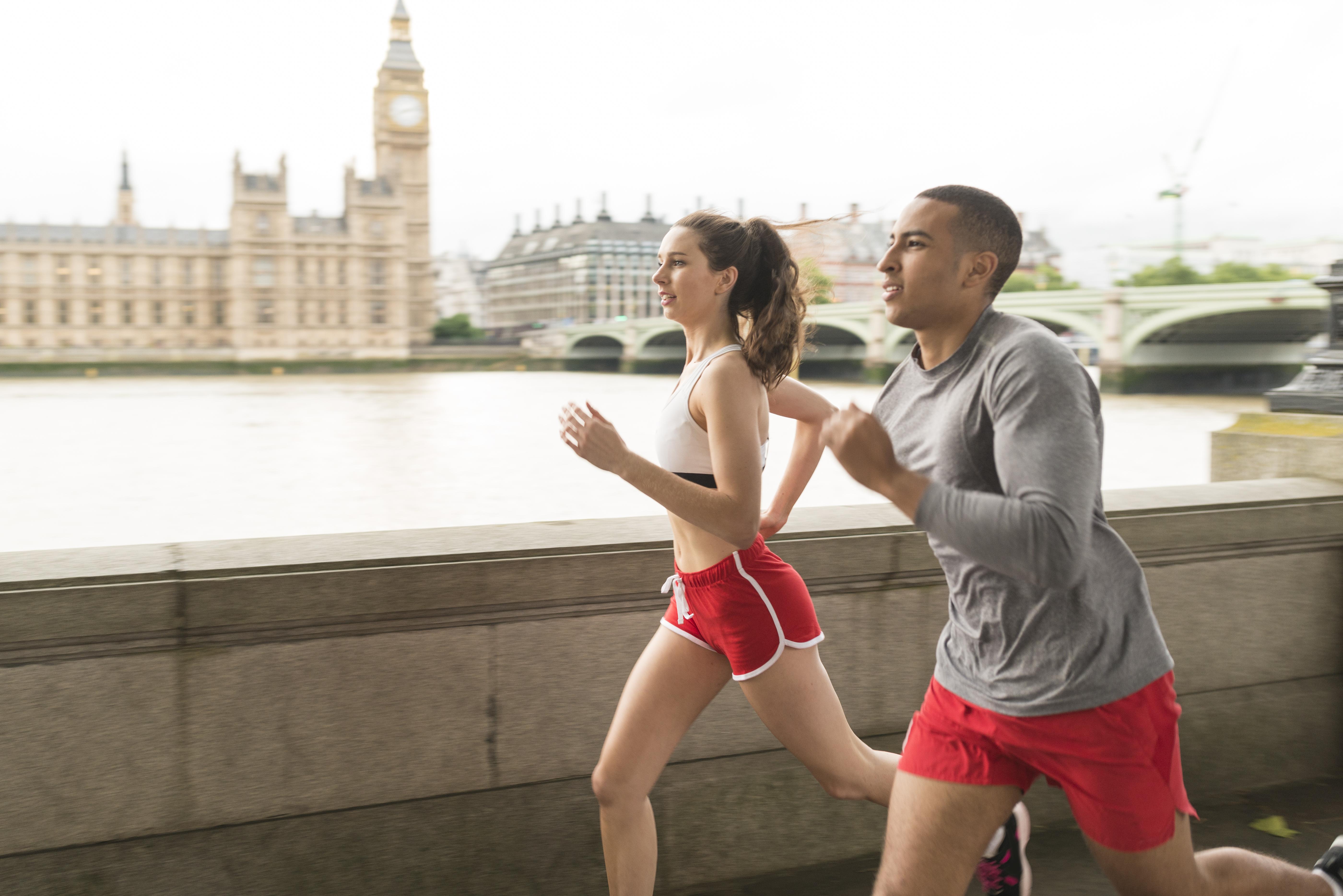 Your body’s preferred fuel source is glucose and while it can make this from protein and fat, it most quickly and efficiently gets it from carbohydrates.

"You can also burn fat for fuel but this isn’t as efficient and doesn’t start happening straight away," says Lavin.

Of course, you can get your glucose from simple sugars such as chocolate, cakes or crisps but these are also high calorie, they won’t fill you up and they provide empty calories, potentially making you want more. Not a good idea.

Carbohydrates are stored in your muscles as a substance called glycogen which the body calls on for energy to power your workout.

By far the best source of fuel for your muscles is starchy carbohydrates, especially the wholegrain variety.

Aim to eat starchy carbs a few hours or the night before your workout and you will have an adequate supply of glycogen in your system to power your lifting, your running, your boxing or all of the above. 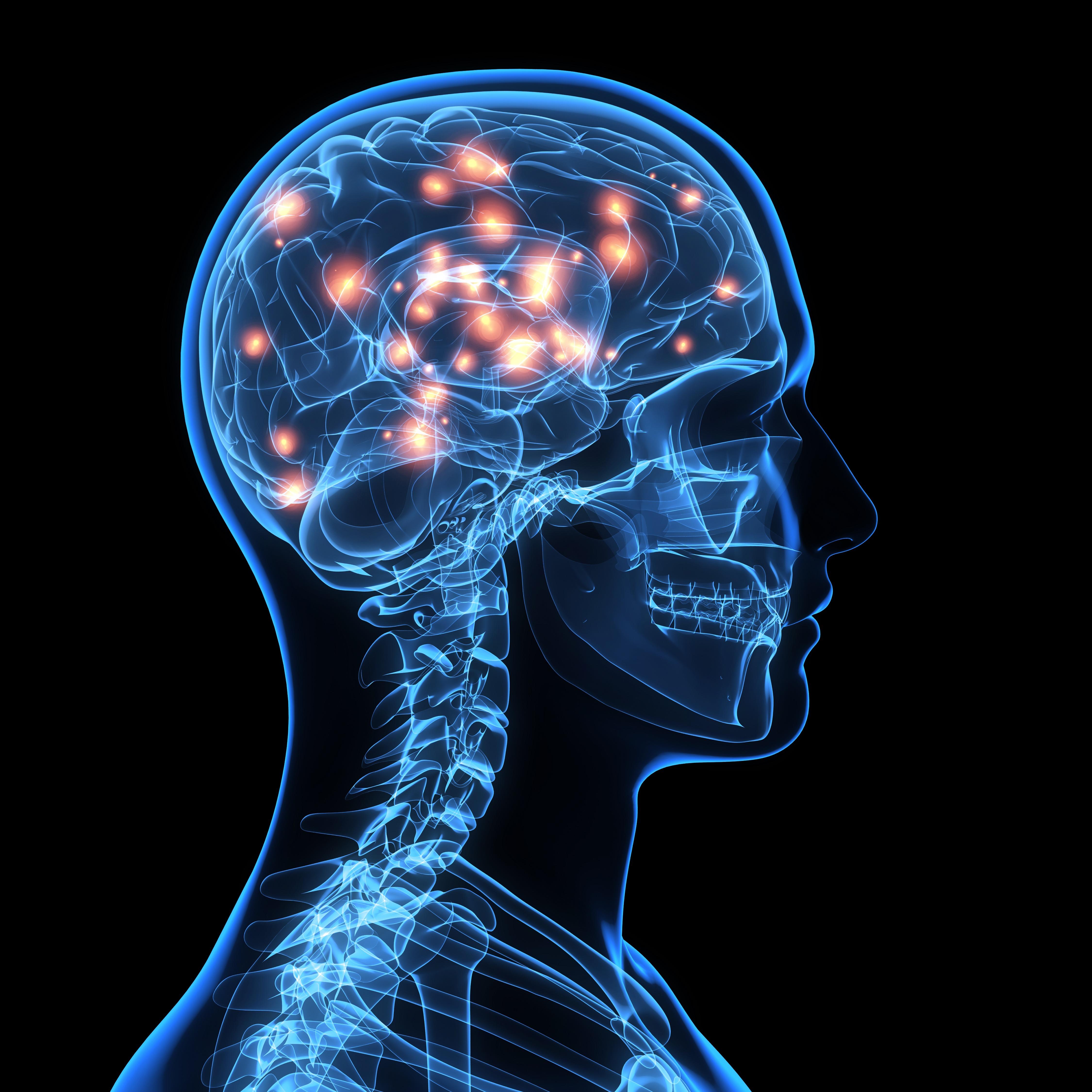 You may be avoiding carbs to lose weight, for example on the ketogenic diet.

This encourages avoiding carbs so the body produces ketones – a substance it makes as it breaks down fat – to use as fuel. It sounds like a great idea in theory, right?

"Your body can use ketones but it’s not an optimum fuel source, especially for the brain, which needs glucose to function at its highest level," says Lavin.

"If you’re using ketones as fuel, your body is basically in survival mode, which puts the body under enormous pressure.

"Over time, these ketone bodies start building up in your blood and this can cause problems, even kidney damage.

"But even in the short term, depriving your brain of its primary fuel source can lead to low energy, increased hunger, sleep problems, nausea, and poor exercise performance, which are not conducive to weight loss."

Carbohydrates encourage the release of serotonin, the brain’s feel good neurotransmitter as well as endorphins that have a similar function.

It’s why you might crave carbs when you need a pick me up. Trouble is, go for refined or sugary carbs and you will end up with a crash soon after, and craving the same again.

By supplying your body with a regular intake of starchy carbohydrates ideally a few times a day, you give your brain the steady fuel it needs to function optimally and release the feel-good chemicals you need to stay happy and on your weight-loss journey.

7. Carbs are quite low in calories 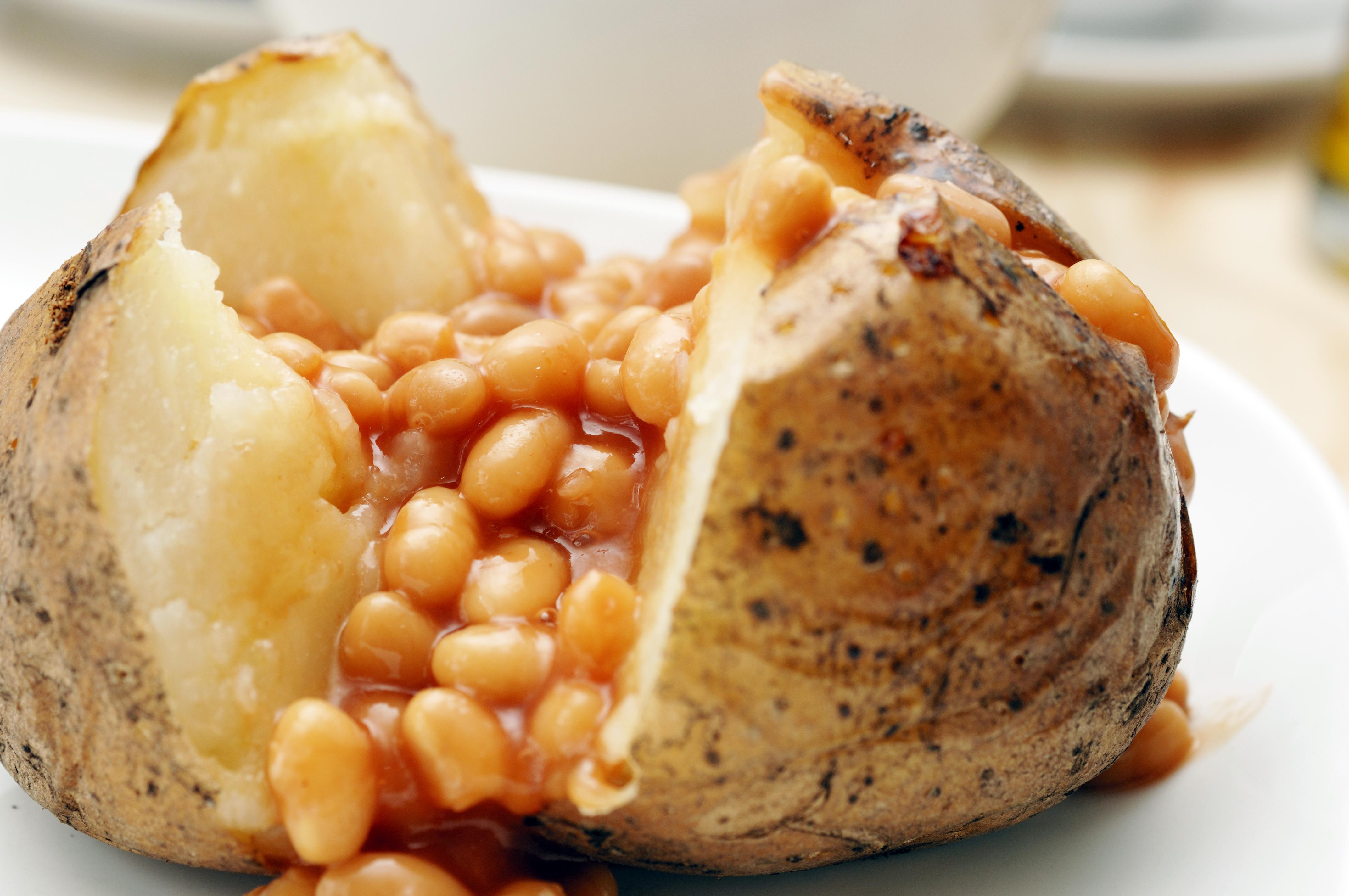 Imagine a portion of cooked pasta – 200 grams worth. It only contains 260 calories while still being filling and containing zero fat.

Even with 100 grams of lean bolognaise sauce on top (190 calories) that would amount to 450 calories.

Now imagine steak pie, 200 grams worth. This contains a staggering 679 calories and 48 grams of fat and the chances are you still want to eat your potatoes with it.

"There is a robust evidence base which shows that foods higher in protein and carbohydrates are far more satiating than foods rich in fat and fill you up sooner and for longer for fewer calories," Lavin said.

"Fat contains over double the amount of calories per gram than protein and carbohydrate."

8. If you limit your sugar it's easier Sugar (added or ‘free’ sugars) is classed as a carbohydrate, but it’s not going to help your weight loss – it will hinder it.

"Sugar can provide a lot of calories without any beneficial nutrition, so you’re not getting many (if any) vitamins and minerals with sugary foods," says Lavin.

It can also lead to a sharp spike in blood sugar levels and a subsequent crash which can lead to more cravings and weight gain.

Limit your sugar intake to a few squares of chocolate or other small treat daily if you really fancy it, Lavin suggests.

"Having small amounts of the things they love – measured as what are called ‘Syns’ at Slimming World – gives people a sense of control around food that they have never had before," says Lavin 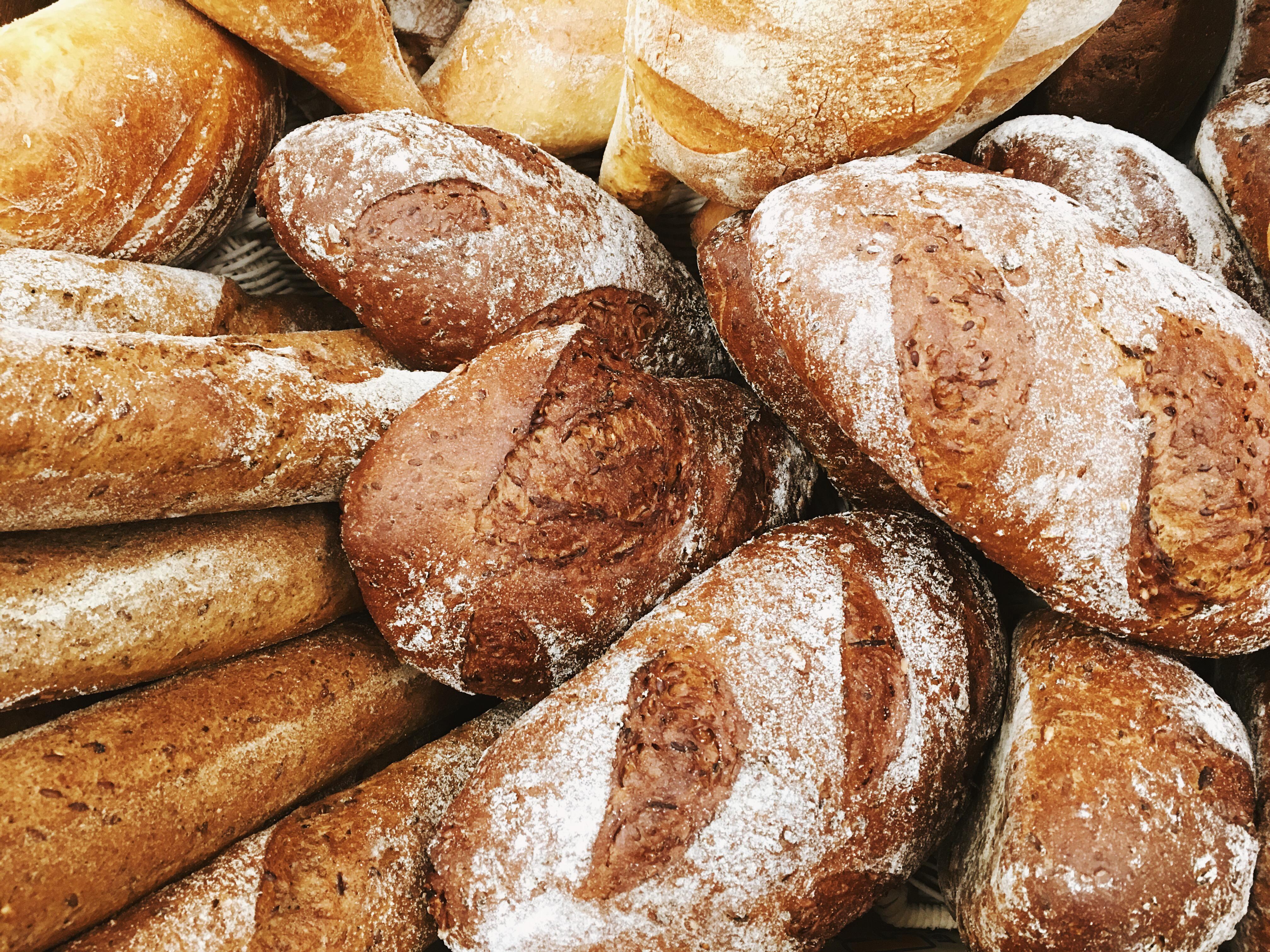 Bread is one carb that should be eaten in a measured amounts at Slimming World, and not eaten freely like other starchy carbs such as pasta, potatoes and rice.

"Bread doesn’t contain the same amount of water as other carbohydrates and so it’s not as filling," says Lavin.

"Plus, people rarely eat bread on its own, it’s usually a carrier for calorie dense foods such as butter or jam.

"On the other hand, pasta, potatoes and rice form the bulk of your meal unlike bread which is often eaten on the side of our meal. Our members report it being a real trigger food that leads them to over-eat."

Other dry carbs include crackers such as Ryvita and potato crisps.

Grains such as quinoa, millet and buckwheat, wholemeal rice and pasta as well as root vegetables such as potatoes and sweet potatoes are all not only a source of fibre, they’re also high in water (either naturally or because they’re cooked in water).

"Foods like pasta or rice absorb water when they’re cooked which can make them much more filling than drier carbohydrates, while still delivering the same amount or even higher amounts of nutrients and fibre," says Lavin. 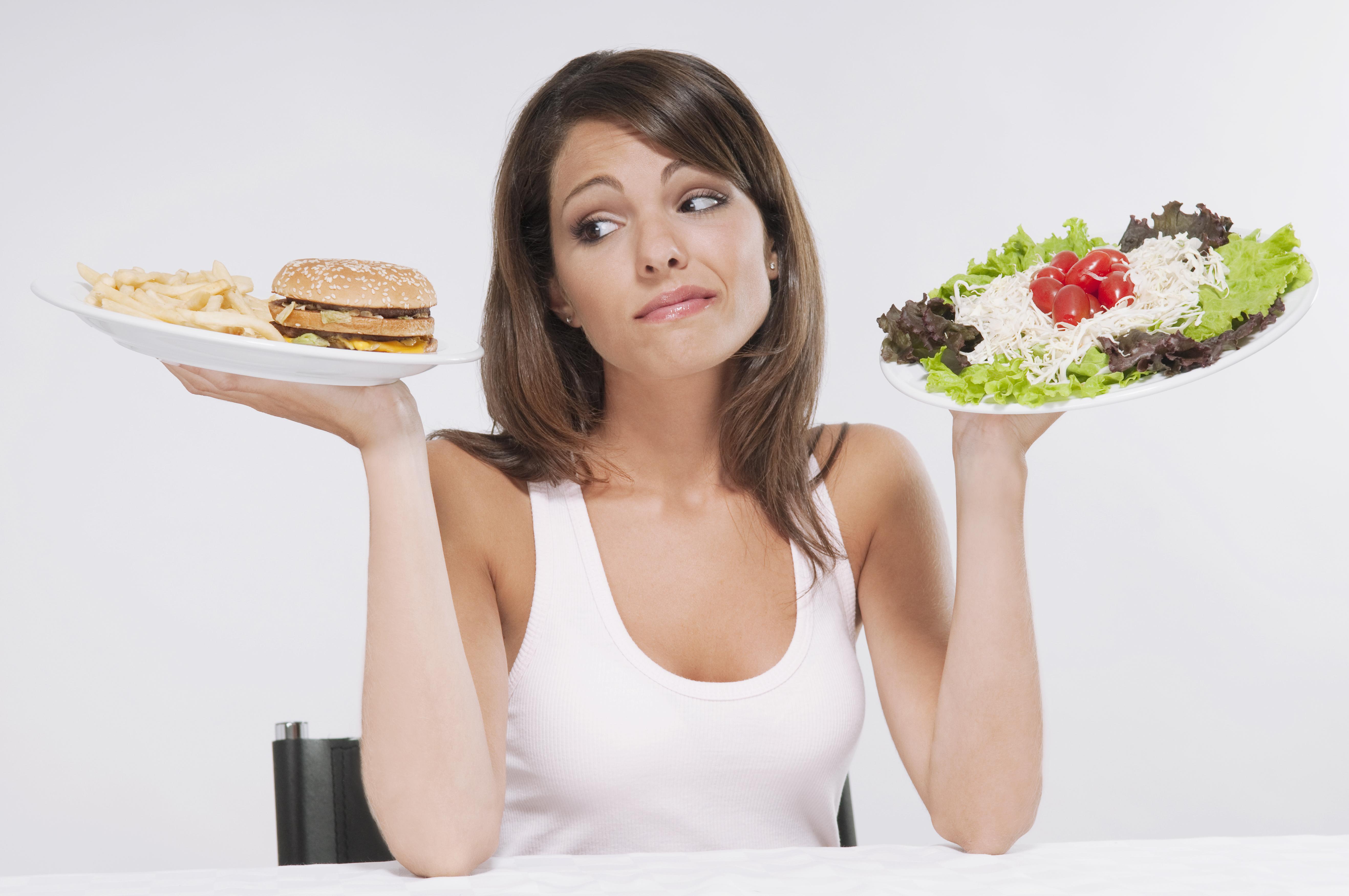 If you’re ever annoyed by people preaching about "eating a balanced diet" thinking "if only it were that simple", you’re not alone.

It’s one of the reasons cutting out entire food groups sometimes feels easier.

At least you can ban the foods and not have to think about them. But often the opposite happens, right?

The banned food is all you can think about resulting in the classic blow-out or binge.

"Getting control back around high-risk foods is important for members of the Slimming World programme who feel they have never before had control around their favourite foods or drinks such as chocolate, wine, and crisps," says Lavin.

Thanks to the Syns system, you could have a small glass of wine (5 Syns) and a small chocolate bar (4 Syns) or a bag of Walker’s crisps (6.5 Syns) each day and still fall within your 15 Syn limit.

"Before long, that control you’re practising – the small daily treats – become a new habit instead of your previous binges." 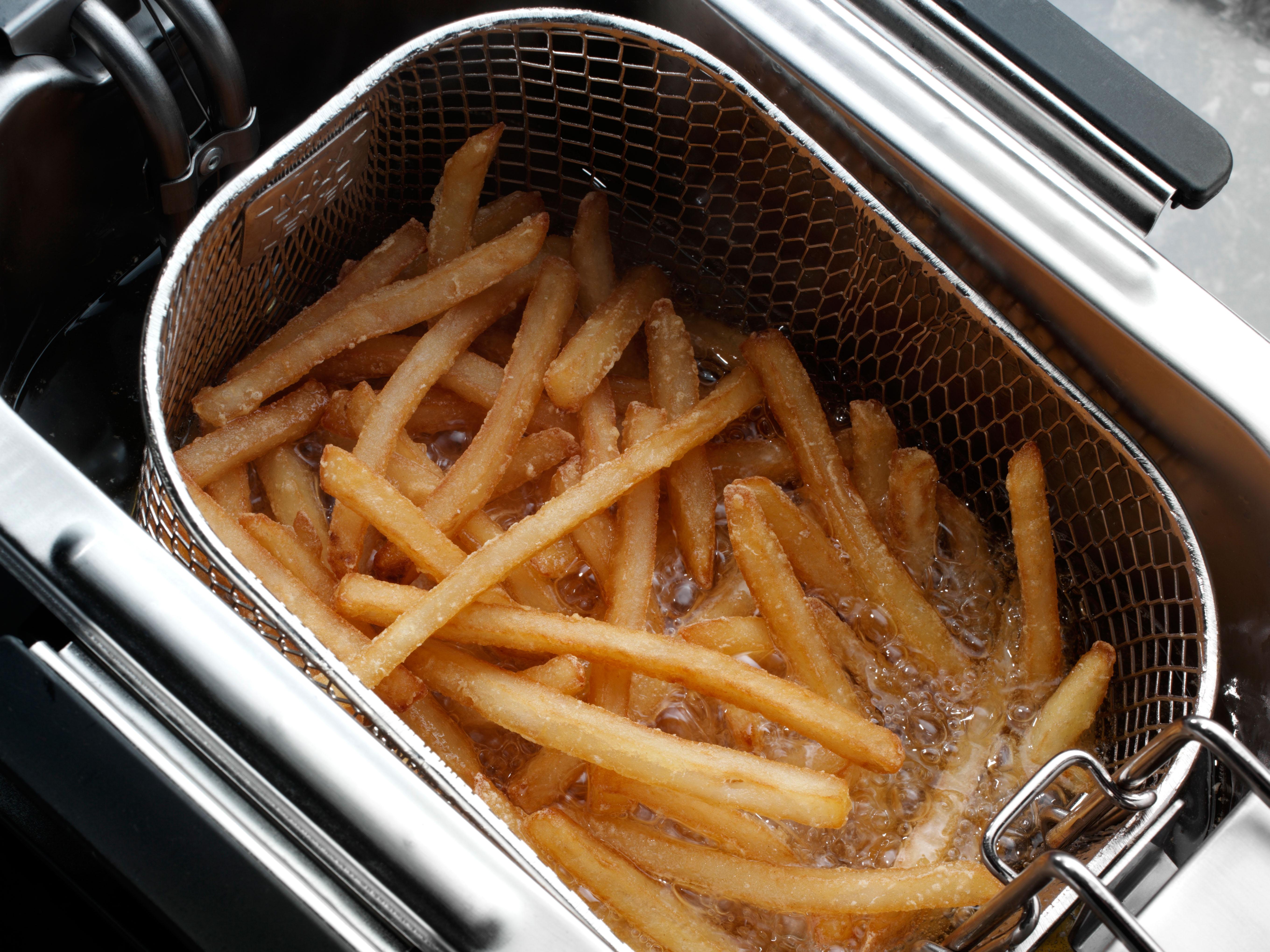 It’s not popular to be on a low-fat diet these days, with so many high-fat plans doing the rounds.

But low-fat diets do lead to weight loss. In one study looking at all the evidence published in the British Medical Journal in 2012, researchers did a systematic review of randomised controlled trials on low fat diets.

They concluded that low-fat diets led to statistically significant long-term weight loss, especially when followed for between six months and eight years with fat intakes that were between 28 and 43 per cent of their total calorie intake.

"We recommend people go for healthier sources of fats such as olive oils, avocados,  nuts and seeds, but because fat is calorie dense, we also recommend them in limited amounts," says Lavin.

For example, 14 cashews would be 6 Syns. Likewise, you can still have your butter or cream, but portioned out – a teaspoon of butter is 2 Syns.

This also means trimming visible fat off meat, going for mince that is less than five per cent fat and not eating the chicken skin too.

Along with what you put on them, the way you cook your carbohydrates is essential to where they fit in to your diet.

"Obviously cooking chips in lots of fat isn’t helpful for weight loss, but there is a healthier way to make chips – you cut them into chips, parboil them and put them in the oven with some oil spray.

"If you leave the skin on the potatoes, you will be getting extra fibre too."

This story was originally published on Healthista and has been republished with permission.