Before meeting her husband Will Smith, Jada Pinkett Smith had her fair share of relationships. In the mid-’80s, for example, she met Tupac Shakur at the Baltimore School for the Arts and the two remained best friends until his death (though Tupac’s resurfaced love poems hint that they could have been more than BFFs).

Although Pinkett Smith never confirmed the Tupac rumors, she did admit that they once shared an awkward kiss. “There was a time when I was like, ‘Just kiss me! Let’s just see how this goes,’ and when I tell you it had to be the most disgusting kiss for us both,” she told Howard Stern in 2015. Apart from Tupac, Pinkett Smith had also been linked to Wesley Snipes, but neither ever confirmed the rumors. However, Pinkett Smith did recall going on a date with another fellow actor.

“I actually think I dated Alfonso [Ribeiro]. I think we went on one date together,” Pinkett Smith said in a 2018 episode of “Red Table Talk.” Ribeiro shared a different version, though. “Sorry Jada. Your memory is a little off,” he replied on Twitter. “We went to lunch with your family when we both guest-starred on ‘A Different World’ the year before you became a regular.” As it turns out, it was just a misunderstanding. “my fault Alf… I thought it was a date,” Pinkett Smith tweeted. Though her outing with Ribeiro didn’t count as a date, Pinkett Smith did turn down one with a very popular model. 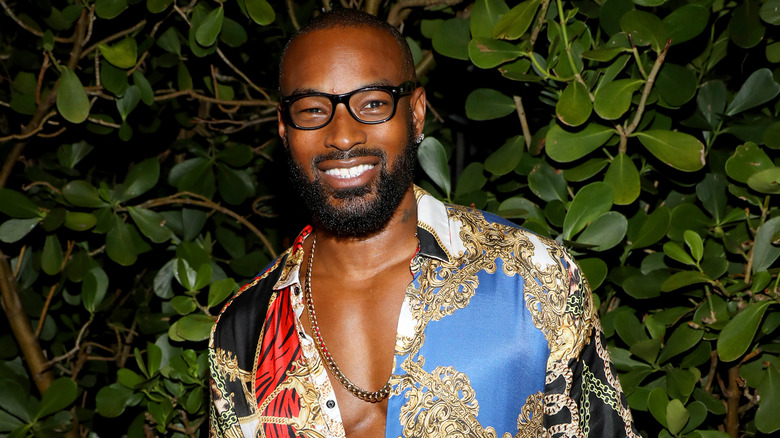 In a recent interview with DJ VLAD, Tyson Beckford recalled the time he met Jada Pinkett Smith for the first time while he modeling at the Javits Center in New York City. “Yeah, I saw Jada Pinkett [Smith] and came to her,” Beckford said. “I tried to holla at her but I did it too street, and then she kinda put me in check.”

Despite not scoring a date with Pinkett Smith, Beckford admitted that the experience served as a great lesson on how to approach women.”It was a lesson learned,” he explained. “She was just so graceful and beautiful. She didn’t shoot me down but she aligned me in the ways of being a gentleman and how I approach women now because of that.” In the same interview, the popular model also recalled dating TLC’s Chilli and revealed why they didn’t work out.

“She had just broke up with Dallas [Austin],” Beckford explained. “She had this tattoo that said ‘DA’ and I said ‘Who’s that?’ and then it dawned on me that it was Dallas Austin.” He also recalled that, at the time, TLC were preparing to release their 1994 album, “CrazySexyCool,” which later earned them four Grammy nominations. “Everything was getting ready to blow up for her,” Beckford continued. “But she was still in love with Dallas, so we just felt that it was best that I leave her alone and let them try to work it out.”