Vanessa Hudgens has revealed she has a ‘gift’: she is able to see and hear ghosts.

The actress, who shot to fame with her starring role in High School Musical in 2006, is best-known for appearing in the popular franchise, but is now ready to talk about her other lesser-known skills.

It seems Vanessa is branching out career-wise, as she is embracing the ‘gift’ she’s had since she was a young child of being able to communicate with spirits.

‘I’ve accepted the fact that like, I see things and I hear things,’ she said, adding that she has had ‘a lot’ of experiences’ with ghosts over the years.

Speaking on The Kelly Clarkson Show, Vanessa recalled one of her first interactions with the unknown, when as a child, a toy duck she owned began moving across the table as she walked past it.

‘I kind of shut it down for a while because it’s scary,’ Vanessa admitted. 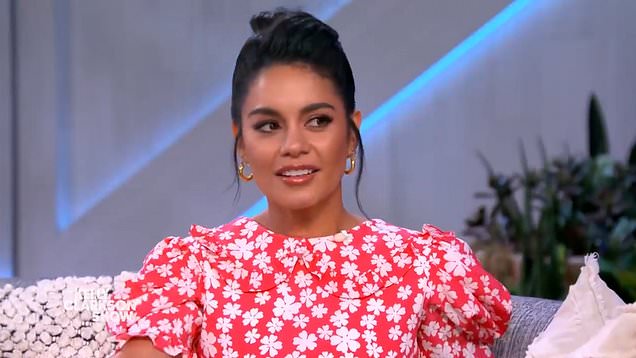 ‘The unknown is scary. But recently I was like, “No, this is like a gift and something I have the ability to do so I’m going to lean into it.”‘

She revealed she recently did her ‘first real paranormal investigation, with equipment and everything’, and used a ‘spirit box’ to communicate with the dead.

The actress explained she was ‘sitting at a tombstone in a graveyard with my best friend’ (as you do) and spoke to a ghost named Sam, who apparently whispered her name.

Despite being passionate about her ‘gift,’ Vanessa said she always tells the ghosts she communicates with to leave after they have finished speaking as she doesn’t want them to ‘follow’ her.

‘We’re trying to live without that,’ she joked.

It seems the Princess Switch star is happily stepping into the role of real-life Melinda Gordon (because obviously we had to make a Ghost Whisperer reference), and lots of people are showing interest in her newly-revealed gift.

Social media was set alight by the news of Vanessa’s paranormal ability, with some immediately referencing her infamous remarks about coronavirus deaths.

At the beginning of the pandemic, while doing a makeup tutorial on Instagram, the actress said: ‘I’m sorry, but like, it’s a virus, I get it, like, I respect it, but at the same time I’m like, even if everybody gets it, like yeah, people are going to die, which is terrible but like, inevitable?’

Ghost whisperer Vanessa was criticised for the ‘insensitive’ comments at the time – but now Twitter comedians are suggesting we now know the reason for her blasée approach to death.

Twitter user Paul McCallion took to the site on Thursday where he wrote: ‘when she said “and yeah people are gonna die” this is why she was so unbothered.

‘She was like we can just chat later babe!!’

The only question is, will Vanessa launch her own paranormal TV show? There has been an outrageous gap in the market since Ghost Hunters came to an end in 2016, after all.

That would certainly be an unboolievable turn of events…