Valerie Bertinelli is known to many as the host of the Food Network’s “Valerie’s Home Cooking,” but her appearance sometimes garners more attention than her professional accolades, with some criticizing her weight.

Bertinelli has never shied away from discussing her relationship with weight, penning in a 2020 essay for TODAY about how the loss of her parents affected her lifestyle. “With the loss of my parents and dealing with other trials life throws our way, I’ve used food as a way not to feel the sadness or the stress. But by eating something away, all it does is make me feel worse about myself,” she wrote. She added that she was on a mission “to know what true joy inside and out feels like.” She also got candid with People in May 2020 about her relationship with food, saying it involved “mental and emotional work.”

Although Bertinelli seems confident, she had a seemingly strong reaction to those who spoke about her weight. Keep reading for more details.

Valerie Bertinelli has something to say to online critics 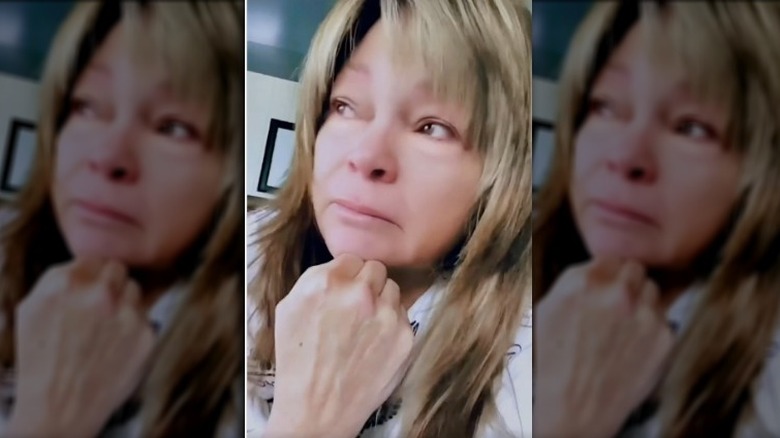 Valerie Bertinelli shared a video via her Instagram Stories on July 8 where she discussed what critics said about her weight. She seemed upset with what they wrote, saying she made a “mistake” reading comments people left on some of her recipes where they reportedly told her she “needed to lose weight.” Bertinelli sarcastically replied to her critics, “I don’t have a scale or I don’t have clothes that I’m trying to put on every day, and I don’t have mirrors so I don’t see what’s become of me. So I needed that help to let me know that I need to lose weight.”

Switching to a serious tone, she continued, “You’re not being helpful. Because when you see somebody who has put some weight on, my first thought is, ‘That person is obviously going through some things.'” She noted that if she could “lose the weight and keep it off,” she would. Bertinelli added that she “[hasn’t] been successful with that” her “whole entire life,” saying, “At 61, I’m still dealing with [it].”

She almost deleted the video from her stories, but decided against that because she was “hitting a good nerve” with those who shared “their same vulnerability and struggles.” Bertinelli told fans via her video caption to lead with “kindness and grace” ​​because you “just never know what someone else is going through.”