U2’s Bono has taken to a metro station in Kyiv to perform a literal ‘show of solidarity’ for Ukraine during the war against Russia.

The Irish musician, who was personally invited by President Volodymyr Zelensky, performed in Khreshatyk metro station in support of the country amid the conflict.

Lit up in purple lights, the 61-year-old held a surprise concert in the station, which is being used as a makeshift bomb shelter, and praised Ukraine’s fight for ‘freedom’.

‘The people in Ukraine are not just fighting for your own freedom, you are fighting for all of us who love freedom,’ he said.

He belted out U2 classics like Sunday Bloody Sunday, Desire and With Or Without You, performing to a crowd that included soldiers in military gear.

Videos shared on social media show Bono and The Edge playing an acoustic version of their hit song With Or Without You, with the crowd singing along as the pair play. 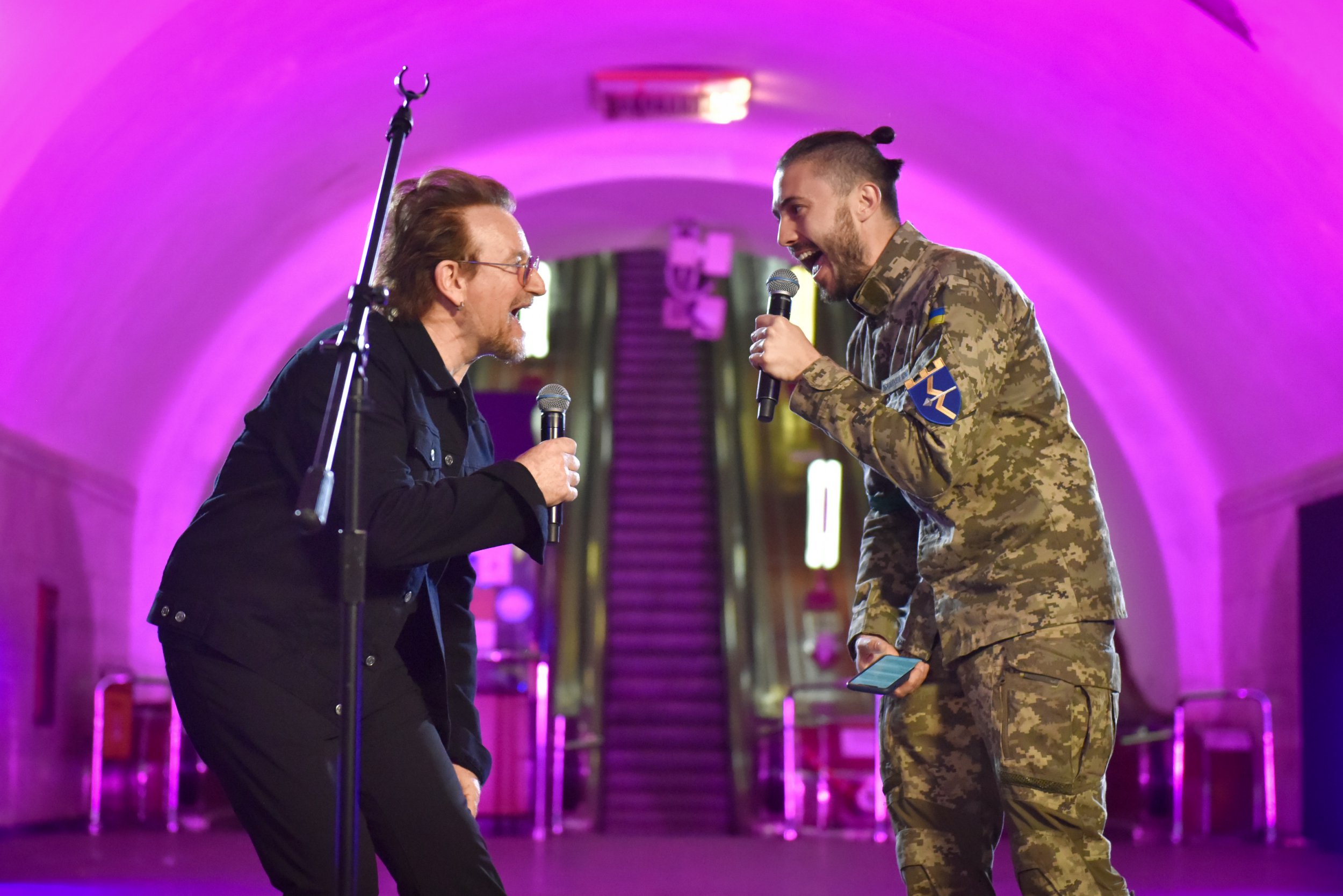 A tweet from U2’s official account on Sunday announced the concert, as well as confirming the Ukrainian president had invited them to support the war-torn country.

It read: ‘President [Zelensky] invited us to perform in Kyiv as a show of solidarity with the Ukrainian people and so that’s what we’ve come to do.’