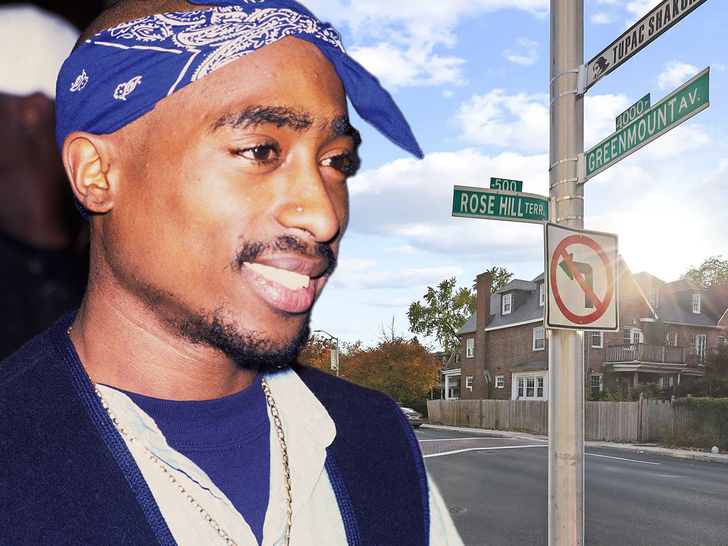 The late Tupac Shakur called many places home in his lifetime — including Baltimore, and the residence where he began to hone his legendary penmanship is currently up for grabs.

The Greenmount Ave block where the 2-unit building resides has already been dubbed “Tupac Shakur Way,” and now the home is listed for $179K.

Pac and his family moved into the first-floor apartment in 1984 when he was 13 and he eventually attended Baltimore School for the Arts … where he met and befriended Jada Pinkett Smith.

The “Hail Mary” rapper’s time in Baltimore famously developed his appreciation of the arts and theater and he began writing poetry … with Jada sometimes being the subject of his prose.

Last year, the “Red Table Talk” host unearthed one of his writings for the world to see in celebration of his would-be 50th birthday, and an extensive collection of his poems was compiled for the 1999 book, “The Rose That Grew from Concrete.”

Pac, a Rock Hall of Fame inductee in 2017, chronicled his Baltimore years multiple times throughout his storied career.