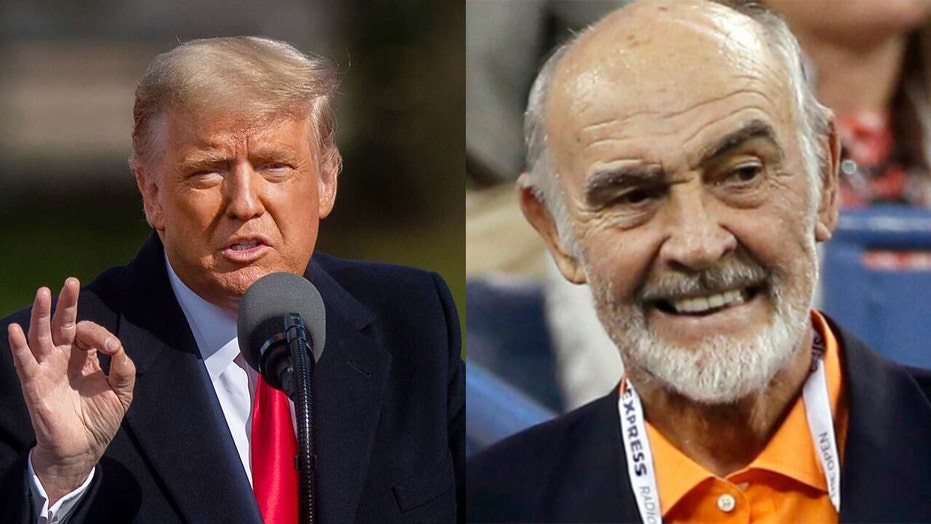 Donald Trump has a fond memory of the late Sean Connery.

The president took to Twitter on Sunday to pay tribute to the actor, who died on Saturday at the age of 90.

"The legendary actor, 007 Sean Connery, has past on to even greener fairways. He was quite a guy, and a tough character," the politician said of the James Bond alum. "I was having a very hard time getting approvals for a big development in Scotland when Sean stepped in and shouted, 'Let him build the damn thing.'"

Trump said Connery's support was "all [he] needed" and that "everything went swimmingly from there."

"He was so highly regarded & respected in Scotland and beyond that years of future turmoil was avoided," Trump concluded. "Sean was a great actor and an even greater man. Sincere condolences to his family!"

He did not further elaborate on what "development" Connery lent his support to, though he owns multiple golf resorts in Scotland.

Reps for Connery did not immediately respond to Fox News' request for comment.

The actor's widow, Micheline Roquebrune, recently revealed in an interview that in the days leading up to his death, Connery had struggled with dementia. 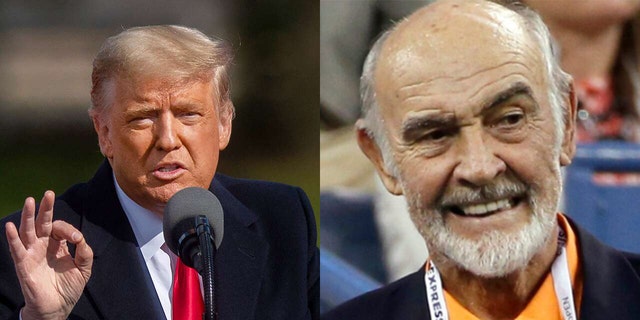 Donald Trump (left) said that the late Sean Connery (left) helped him with a ‘big development’ in Scotland, though didn’t offer any specifics.
(Getty Images/Reuters)

"He had dementia and it took its toll on him," she said. "He got his final wish to slip away without any fuss."

Roquebrune added: "It was no life for him. He was not able to express himself latterly. At least he died in his sleep and it was just so peaceful. I was with him all the time and he just slipped away. It was what he wanted."