Rapper Travis Scott is being investigated after organizing a flash mob-like gathering in Los Angeles.

The rapper encouraged his fans to take to the streets of West Hollywood to check out a pop-up newsstand to promote his takeover of i-D magazine. The star announced that he’d appear at the pop-up and did a drive-by in a limo as adoring fans crowded the car to get a decent look at the celebrity.

A spokesperson for the Los Angeles Department of Public Works is looking into whether or not the Cactus Jack record label founder violated the city’s coronavirus restrictions or any other ordinances by organizing the gathering.

The spokesperson confirmed that Scott did not get a permit for the gathering and that the department is consulting with the City Attorney’s office to see if any action can be taken. According to TMZ, which first reported the news, the city has been shy about giving permits out recently in light of the pandemic hitting the city particularly hard, forcing mandates on social distancing and large gatherings. 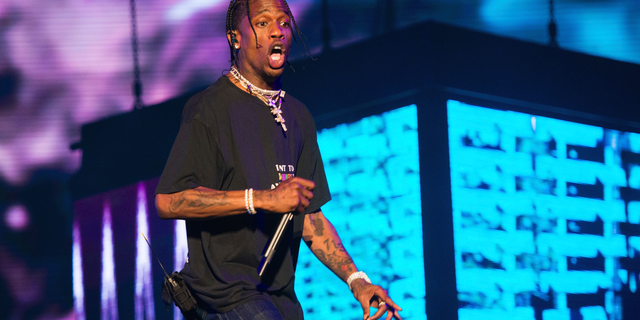 Travis Scott is being looked at by th Los Angeles Department of Public Works.
(AP)

This isn’t the first time that the rapper has gotten himself into a bit of trouble for organizing large gatherings to promote his partnerships. In September, he and a Downey, Calif. McDonalds were cited after a slew of fans arrived at the fast-food location in the area after he announced he would be making an impromptu appearance to promote the release of his $6 meal.

TRAVIS SCOTT’S FORTNITE CONCERT: WHAT TO KNOW ABOUT THE RAPPER AND HIS DIGITAL SHOW

“Last week, Travis Scott stopped by a McDonald’s restaurant in Downey, CA, to kick off the launch of his signature order, ‘The Travis Scott’ meal. Per McDonald’s standard safety protocol, all restaurant crew, staff members and security onsite were required to wear face masks,” a statement from the fast-food chain provided to FOX Business at the time read. 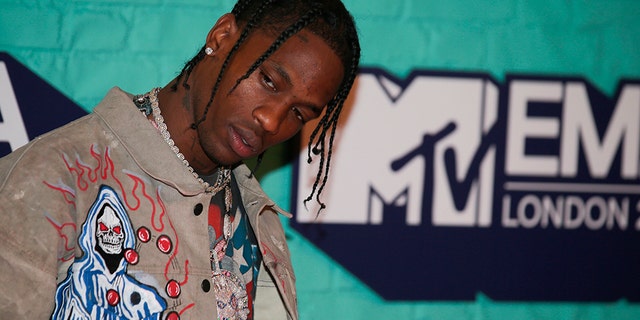 “While the restaurant was closed to the public, a group of fans got wind he was there and gathered outside. In true Cactus Jack fashion, Travis’s fans got involved and greeted him as he was going live on Instagram. After the small crowd grew and social distancing could no longer be observed, security safely escorted Travis from the restaurant and the crowd dispersed.”

Because the appearance was not meant to be an event, Scott did not anticipate the large crowd and therefore did not obtain a permit either.

Scott and McDonalds were only hit with $100 fines at the time and the fast-food chain ended up covering his fee.