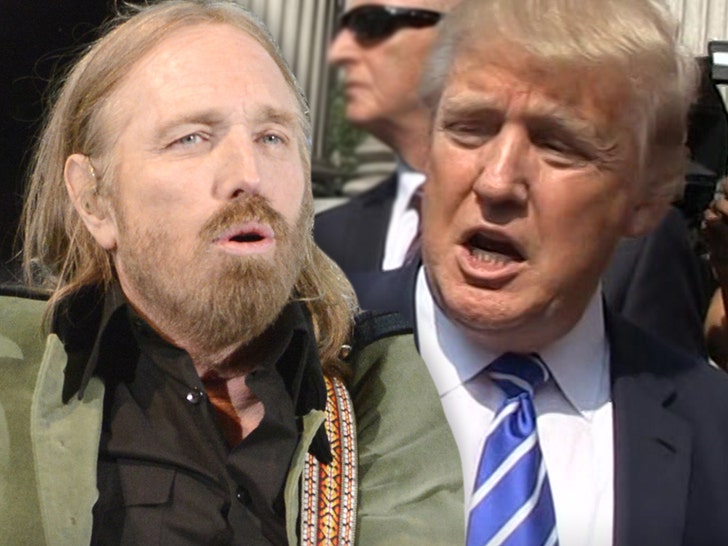 Donald Trump‘s being accused of being petty again … and this time it’s got Petty written all over it.

Tom Petty‘s family is outraged the Trump campaign dared to use the song, “I Won’t Back Down,” Saturday night at his Tulsa rally.

Tom’s widow, Dana, and other family members said the song is about all of us and it should not be played “to further a campaign that leaves too many Americans and common sense left behind” 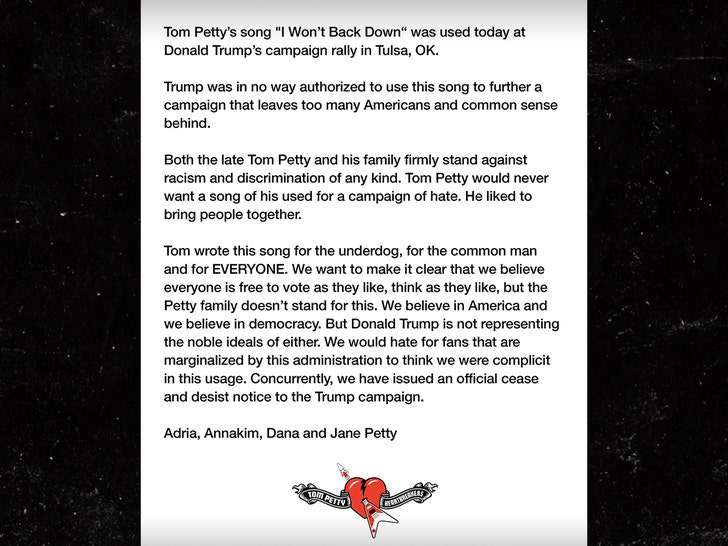 The family said …“Tom wrote this song for the underdog, for the common man and for everyone … We want to make it clear that we believe everyone is free to vote as they like, think as they like, but the Petty family doesn’t stand for this. We believe in America and we believe in democracy. But Donald Trump is not representing the noble ideals of either.

And, the family added this … “We would hate for fans that are marginalized by this administration to think we were complicit in this usage. Concurrently, we have issued a cease and desist notice to the Trump campaign.”

So, the family has fired off a cease and desist letter to the campaign.

The Petty family is not alone. Among the singers who have railed against Trump for using their music … Elton John, Prince, Aerosmith, REM, Adele, the Rolling Stones, Guns N Roses, Rihanna, Neil Young, Pharrell, Queen and Earth Wind and Fire have also denounced the president’s use of their music.