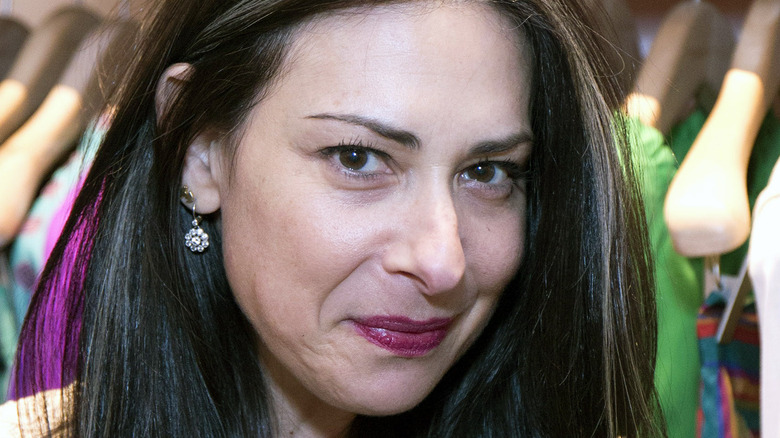 TLC’s “What Not to Wear,” which ran from 2003 to 2013, captivated viewers with it’s fun, sassy, and uplifting tone. The series focused on giving deserving people makeovers, and stylists Stacy London and Clinton Kelly were there every step of the way. Each episode, a new participant was typically nominated by friends and family to be on the receiving end of a $5,000 shopping spree and trip to New York City courtesy of TLC. The participants were usually the kind of people who wouldn’t take the time to buy themselves new clothes or get a haircut because they were too busy focused on their careers, family, or charity work.

Basically, “What Not to Wear” was all about helping deserving people feel their absolute best, and while London and Kelly were the participants’ biggest cheerleaders, there was actually a lot more going on behind the scenes. It would have been easy for viewers to assume that London and Kelly’s relationship was relatively uncomplicated, but that couldn’t have been further from reality. In fact, the truth about Stacy London and Clinton Kelly’s relationship is that it was a lot rockier than the series showed. 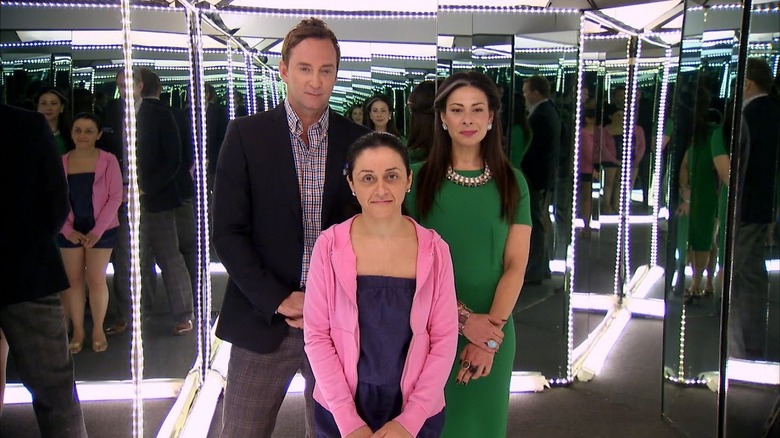 Part of what makes any good reality show good is the people hosting the series each week. A show’s host can make or break the series, and as far as “What Not to Wear” is concerned, those hosts did their job perfectly and were responsible for some stunning “What Not to Wear” transformations. Clinton Kelly and Stacy London, the series’ beloved hosts, brought so much joy to television screens it would be hard to imagine they were anything other than best buds in real life.

After all, for the series’ entire run — that’s ten whole years — London and Kelly were constantly working together to make participants look as good as they feel, and vice versa. The pair had great chemistry on the show, whether they were synchronizing their lines or bouncing off each other’s witty banter, and they truly seemed like best friends on the series. The pair worked together so well and really complemented each other’s styling techniques on camera. Since the show lasted so long, it would make sense to assume that London and Kelly got along great. But did they really, or was Stacy London and Clinton Kelly’s relationship all for show? 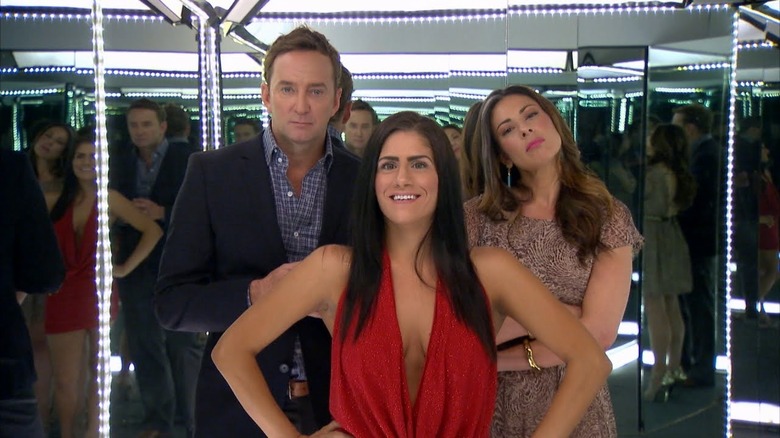 Even if you never watched “What Not to Wear,” you would likely assume that co-hosts Stacy London and Clinton Kelly had a great time together. But you would probably be wrong. Sure, they looked like they had fun together on the show, but behind the scenes, things were reportedly a lot more tense. In Kelly’s tell-all book, “I Hate Everyone, Except You,” he explained that his work relationship with London was full of ups and downs, and the downs were especially hard.

“I either adored her or despised her, and never anything in between,” he wrote, according to Inquisitr. “We spent nearly sixty hours a week in captivity, rarely more than an arm’s length away from each other.” Clearly, London and Kelly’s on-screen personas didn’t accurately depict everything about their true dynamic. Additionally, Kelly wrote that he genuinely didn’t know what would happen between them in the future. “There’s a part of me that will love Stacy London forever, and a part of me that would be just fine if I never saw her again for the rest of my life.” Ouch, that’s hardly a compliment. 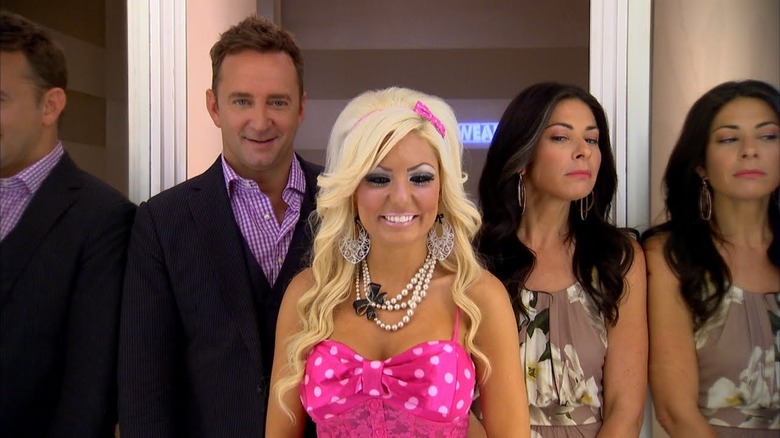 So, it’s clear that most of the time while Stacy London and Clinton Kelly were starring on TLC’s “What Not to Wear,” they weren’t all that happy to be working together. In fact, their off-camera relationship was a rollercoaster of emotions.

In 2010, London spoke to The Baltimore Sun and was asked some pretty interesting questions, including who would win in a death match between her and Kelly. “Me. I’ve got stilettos. I’d hit him in the eye,” London responded matter-of-factly. Additionally, in the same interview, London revealed that she and Kelly didn’t really give each other style advice, which is a little surprising given their jobs. “We compliment each other,” she said. “He is kind of stingy with me. He only compliments me when I wear really outstanding numbers.” Yikes.

But that’s not all. In a 2012 interview with the Hartford Courant — so while “What Not to Wear” was still on the air — London didn’t sound too crazy about Kelly. In fact, the publication asked her if she ever visited him in his Connecticut home, and her response was ice cold. “I don’t comment on Clinton,” she said. “But I do visit family in Connecticut in Norwalk and Greenwich.” London wasn’t happy with Kelly for a long time, it appears. 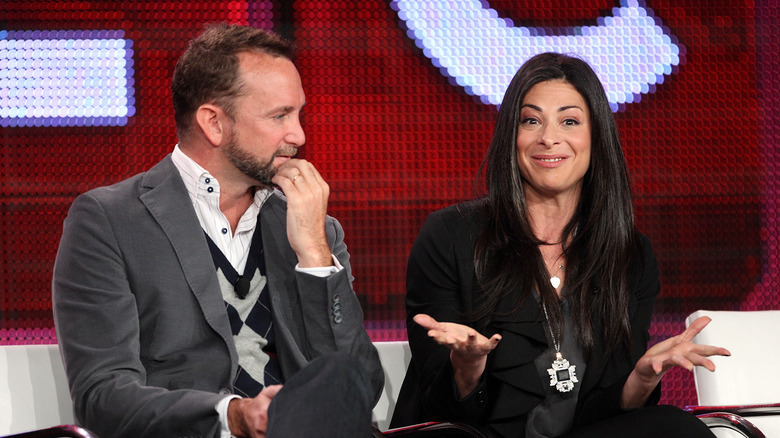 It definitely seems as though the more time went on, the more Clinton Kelly realized he didn’t exactly enjoy working with Stacy London on “What Not to Wear.”

During a 2017 interview with the Austin American-Statesman, Kelly spoke about his tell-all book “I Hate Everyone, Except You” and explained he hadn’t talked to London about it yet, as they hadn’t spoken in years. “We spent so much time together for 10 years,” he said. While he said that “it was funny in the beginning when we completed each other’s sentences,” he explained, “It got to be like, ‘OK, we need a break from each other.'”

So, Kelly seemingly didn’t feel the need to talk to London about the book. That seems a little odd considering how he was pretty brutal in his description of London in the book. In one part, he wrote that she appeared to need all eyes on her. “She really seemed to enjoy, nay, need the attention of others, and I felt that she was almost consistently jockeying for it,” he wrote, per Inquisitr. “Even though I rarely wanted attention … I found myself continually annoyed that she did.” Yeah, being constantly annoyed by your co-worker is never any fun, especially when you have to act like you love them in front of cameras all day. It’s no wonder Stacy London and Clinton Kelly’s relationship was so tense.

There was social media drama in 2017 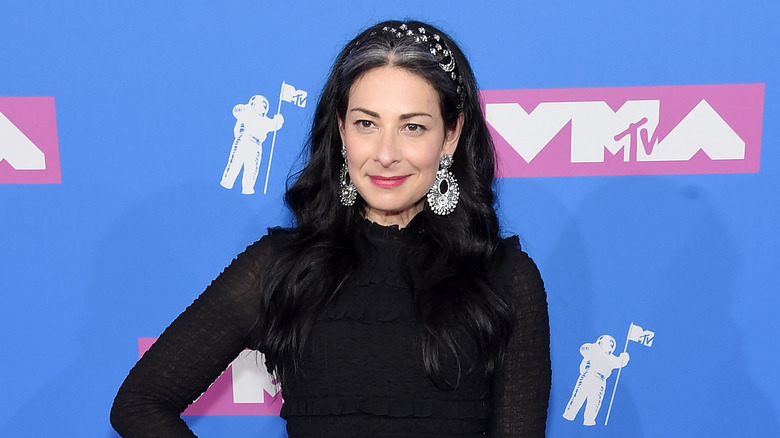 The same year that Clinton Kelly’s tell-all book, “I Hate Everyone, Except You,” came out, his former co-star Stacy London decided to stir the pot herself, too. In November 2017, social media was abuzz with the news that she had blocked Kelly on Twitter. Yes, not just unfollowed him, but blocked him. Now that’s an entirely different level of animosity, especially for someone you worked with for an entire decade.

According to Bustle, Kelly discovered that London had blocked him on Twitter after seeing Twitter message telling him so, presumably after trying to view her account when they were both tagged in a tweet. “Alllll righty then,” he wrote in a tweet sharing the message to his profile. Clearly, Kelly was shocked that London had made such a big move, and one that was so public, too. But, as Bustle reported, fans of “What Not to Wear” might have been even more shocked to learn that London held such negative feelings towards Kelly. Sure, Kelly’s book might not have painted London in the best light, but people were still surprised to see she seemingly wanted nothing to do with him. 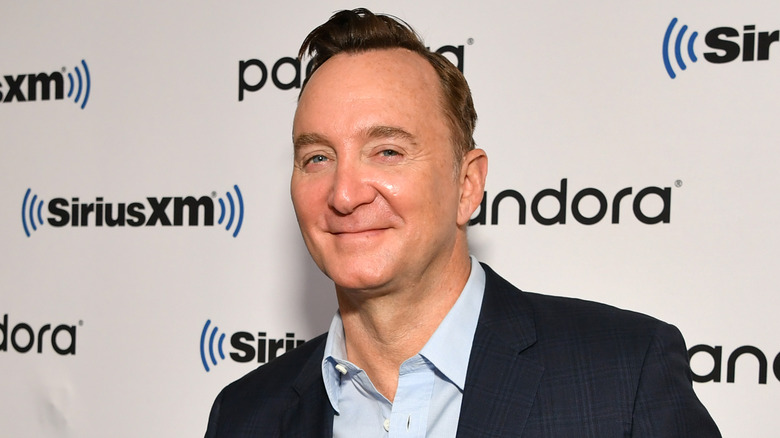 Though Stacy London and Clinton Kelly’s working relationship came to an end in 2013, the drama continued years later, even after London blocked Kelly on Twitter. In a January 2018 Instagram post, London wrote a lengthy post about blocking people online, and it seemed like she had some regrets. “It occurred to me that taking action like blocking people in order to feel some sense of control over other’s actions is a waste of my time,” she wrote in part. “I can’t stop people from the way they behave.” Still, all that regret might not have changed her mind about Kelly.

In a 2019 interview with People, Kelly spoke about his relationship with his “What Not to Wear” co-star and said that he didn’t really know where it all went wrong, but attributed some of it to his book. However, Kelly defended his writing. “I didn’t say anything nasty about Stacy,” he explained. “I said there were times that we didn’t get along, but I didn’t go into specifics.” But when asked whether or not London had unblocked him, Kelly’s reaction was surprising. “No, she hasn’t,” he said with a laugh. “And guess what? I really don’t care.” Indifference can sting more than hate, but it seems that’s where Kelly and London are.