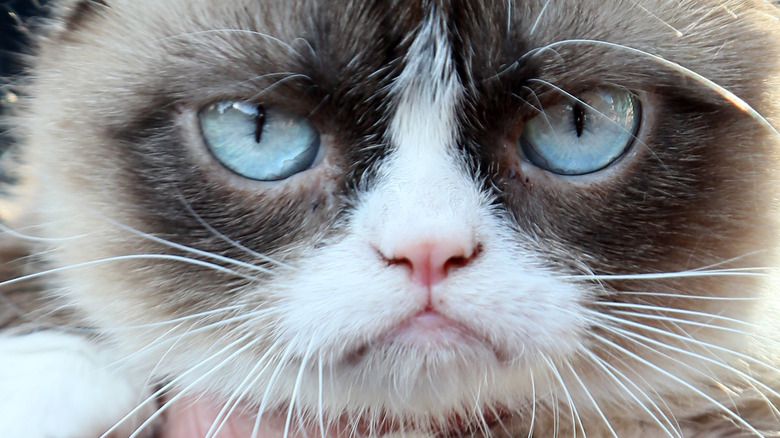 If you spend any time on the internet, you’re probably pretty familiar with the viral meme of an unhappy-looking cat, aka Grumpy Cat, paired with various captions. As Forbes noted, it was one of the first huge memes and it’s still going strong today. But you may not know much about Grumpy Cat herself.

It was in 2012 that the internet got its first picture of the annoyed-looking cat that became known as Grumpy Cat; Tabatha Bundesen’s brother posted a picture of her cat to Reddit and in two days, the pic had been viewed over a million times, according to Business Insider. The Bundensens then posted a 10-second video of the now-famous feline on YouTube that’s been viewed over 3 million times.

From the start, according to Know Your Meme, people were immediately photoshopping and adding captions to the picture, and humor websites started picking it up and it started spreading on Facebook and other social media sites. Grumpy Cat quickly became famous off the net, too, but that’s only part of the story. 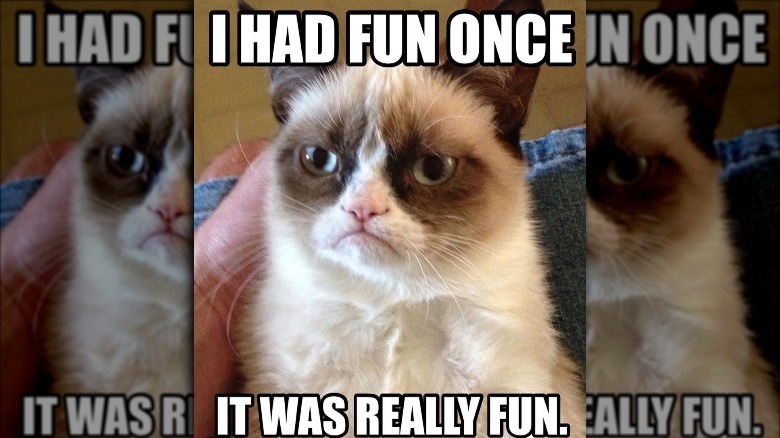 While known to the world as Grumpy Cat, the cat’s real name was Tardar Sauce, and her face looked like she was, well, grumpy all the time because of an underbite and feline dwarfism, according to her official website. And despite her seeming annoyance at the world, her owner posted on Grumpy Cats page confirmation that Tardar Sauce was really just a regular cat who was “a super cute and cuddly kitty and loves to be held and rubbed!”

After going viral online, Grumpy Cat met Marvel comic book creator Stan Lee, attended SXSW, and got her own statue at Madame Tussaud’s, per Forbes. She even had her own Lifetime movie, “Grumpy Cat’s Worst Christmas Ever.”

Tardar Sauce sadly passed away after complications from a urinary tract infection in 2019 at the age of 7, as the BBC reported. Bundesen was able to successfully monetize the feline’s popularity, and at the time of her death, Grumpy Cat had a social media following that would make any influencer green with envy: 2.4 million Instagram followers and 1.4 million Twitter followers, according to Business Insider. The popularity of the meme of Tardar Sauce was made clear when her death was reported by major news outlets, including The New York Times, and thousands of people commented on the Twitter announcement of her passing.