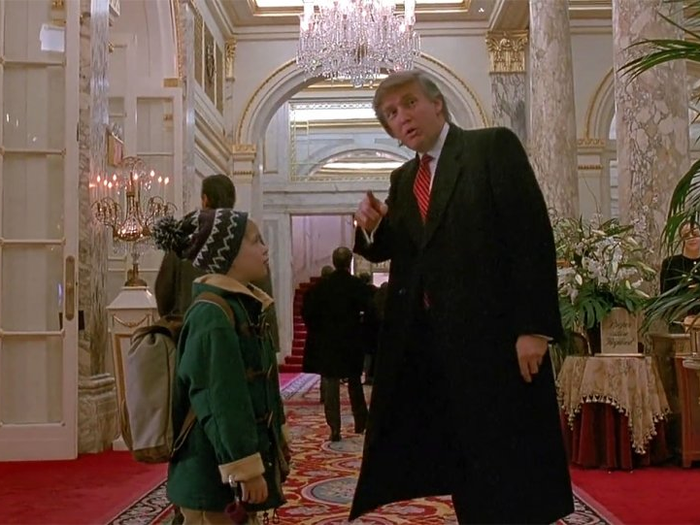 This month marks the 30th anniversary of the classic comedy "Home Alone," which was so successful that it spawned four sequels. But only the second movie, 1992's "Home Alone 2: Lost in New York," has a cameo by Donald Trump.

Before he became the 45th president of the United States, Trump found fame as a New York City businessman. It led to him crossing paths with the "Home Alone" franchise back in the early 1990s.

In an interview Insider had with Chris Columbus, who directed "Home Alone" as well as "Lost in New York," he revealed how aggressive Trump was to get into the sequel to the hit comedy.

In the sequel, Kevin (Macaulay Culkin) is once again left alone by his family and ends up in New York City. He talks his way into staying at the glitzy Plaza Hotel and has another encounter with the burglars from the first film, Harry (Joe Pesci) and Marv (Daniel Stern).

Columbus said the production dealt with Trump because, at the time, he owned the Plaza Hotel.

"We wanted to shoot in the lobby," Columbus recalled. "We couldn't rebuild The Plaza on a soundstage."

Everyone involved with the movie thought they would simply pay Trump a fee, as is usually the norm when shooting at a specific location, and everything would be square. But Trump wanted more.

"We paid the fee, but he also said, 'The only way you can use the Plaza is if I'm in the movie,'" Columbus said. "So we agreed to put him in the movie."

It's unclear if Columbus was always going to use Trump's cameo in the movie, but it was decided for him the first time "Lost in New York" was shown to an audience.

"People cheered when Trump showed up on-screen," Columbus said. "So I said to my editor, 'Leave him in the movie. It's a moment for the audience.' But he did bully his way into the movie."