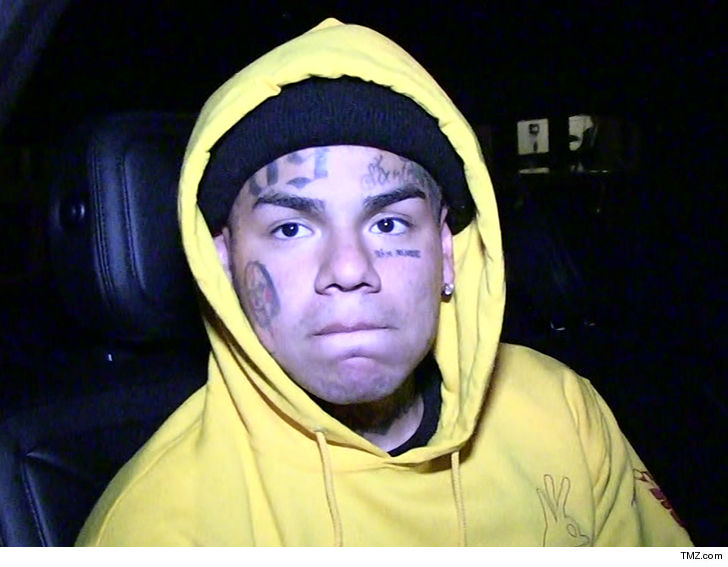 Tekashi69 just had his child sex case in New York closed by a judge, but it’s not exactly as big a break as it appears.

We’re told a judge revoked the 4-year probation, and gave 6ix9ine credit for time served. Tekashi no longer has to perform 1,000 hours of community service. The judge cited Tekashi’s federal racketeering case as a reason for the decision.

Tekashi’s lawyer, Lance Lazzaro, tells TMZ …because 6ix9ine is incarcerated on the federal case, they can’t enforce the terms of probation nor can they enforce community service.

As we reported … Tekashi got 4 years probation in his child sex case, which was a HUGE break at the time and exactly what his legal team had requested. At the time, the deal was he would have to keep his nose clean and refrain from associating with any gang members and avoid all gang activity.

Thing is … trouble seemed to follow Tekashi just about everywhere he went. You’ll recall gunfire erupted during the rapper’s celebration after his court hearing. His bodyguard got hit. Less than 2 weeks later, he nearly went to blows with Slim 400 during a trip to SoCal.

Shortly after that, gunmen opened fire at the Beverly Hills mansion Tekashi rented for the filming of his music video. But, the huge hammer dropped just days later — Tekashi was busted in a federal racketeering case alleging Tekashi and his crew conspired to commit a slew of crimes … including drug deals, armed robberies and shootings.

Tekashi faces life in prison in that federal indictment.