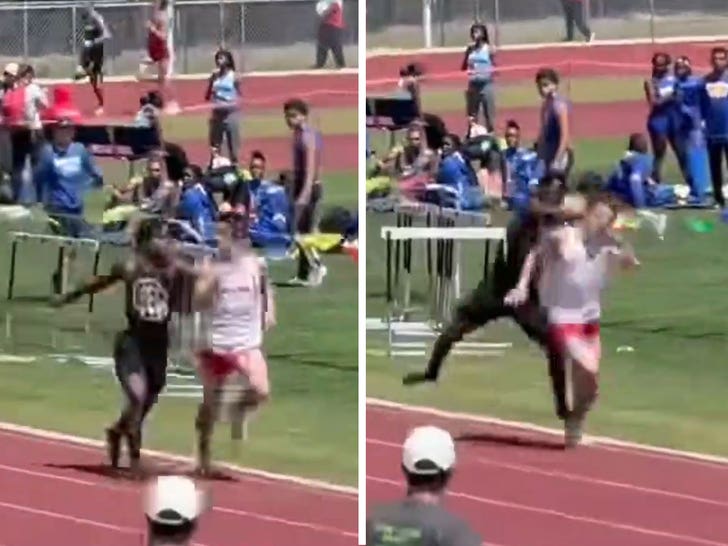 The runner who was sucker punched in the middle of a high school race in Florida last weekend does not want to press charges … this according to officers at the race.

A spokesperson for the Osceola County Sheriff’s Office tells TMZ Sports officers did attend the event over the weekend … but say the punched runner did not wish to move forward with charges.

The spokesperson added that the other party involved in the incident — the one who threw the punch — also declined to press charges … presumably over what appeared to be the runner making contact with him in the moments before the swing.

Cops did not provide further details.

As we previously reported, the wild scene all went down at the Tohopekaliga Tiger Invitational in Kissimmee on Saturday … when an athlete appeared to punch a runner in a race after he seemed to be pushed by the boy earlier in the event.

The boys’ schools have not provided comment on the situation.

No word yet on if the runner suffered serious injuries, but race results show he did not finish the run.

A rep for the Orange County Public Schools, meanwhile, told us they are cooperating with Florida High School Athletic Association officials as they try to determine what discipline, if any, needs to be handed down in the case.